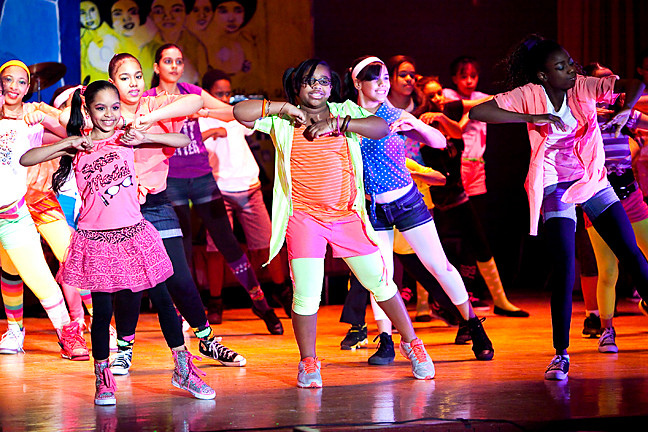 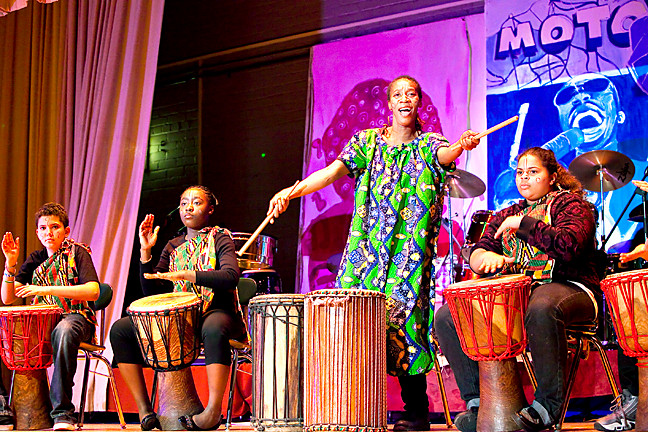 The dancers stepped side to side, sashaying to “ABC” by The Jackson 5.

Suddenly, the music stopped and a boy bellowed: “It’s as easy as one, two three!”

The New School for Leadership and the Arts, MS 244’s, step team began capping to the rhythm. The percussion grew more complex as students layered kicks and stomps with the beat of their hands clapping against their thighs, chests and the soles of their shoes.

The syncopation stopped when a woman’s voice was piped into the auditorium.

“I fear this generation doesn’t understand the resistance was not a mistake, unplanned. I fear the march as just another march to this generation,” she said, explaining her concerns about how young Americans view the Civil Rights movement. “Step team, what do you fear?”

They chanted back: “I fear stagnation and lack of progress. I fear never reaching my potential and being average.” Their response was accented with taps, slaps and dance steps. “I fear not feeling these fears anymore and just floating along. These fears feed me. They nourish my drive. I love my fear.”

The school’s “NSLA’s Journey to Motown” show on Feb. 27, depicted how African music has evolved in America. The dance and musical performance followed music from the slave era up through the 1970s, from African rhythms brought over by slaves to music produced on the Motown label, the first black-owned music company in American history.

For the past month, students have been learning about the history of motown in English language arts class, using curriculum aligned with Common Core, which emphasizes reading and writing non-fiction.

This creative approach to studying history so impressed Schools Chancellor Dennis Walcott that he addressed parents after the show.