Those learning of the plan are agape at the impact of a new school, 8-story housing 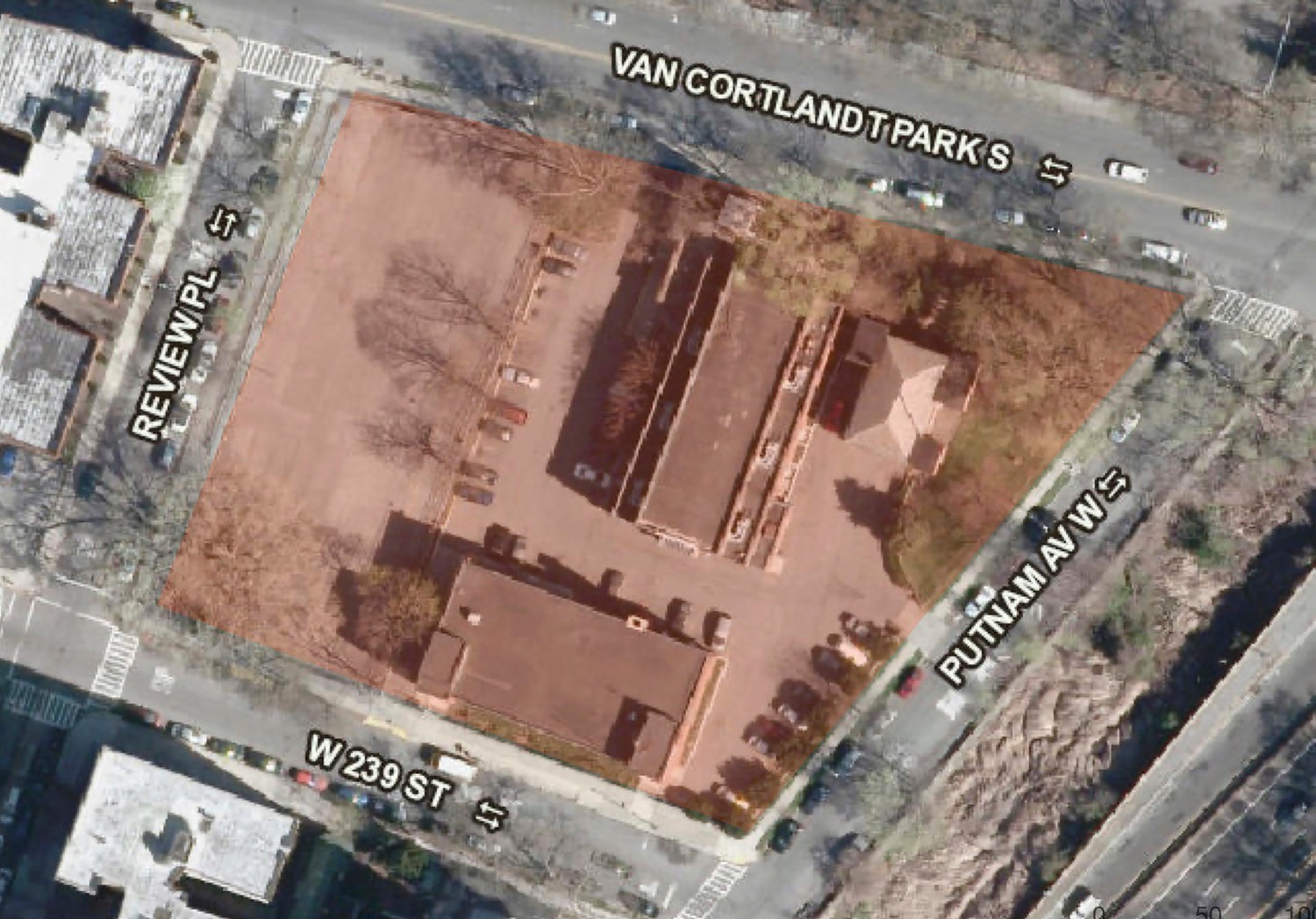 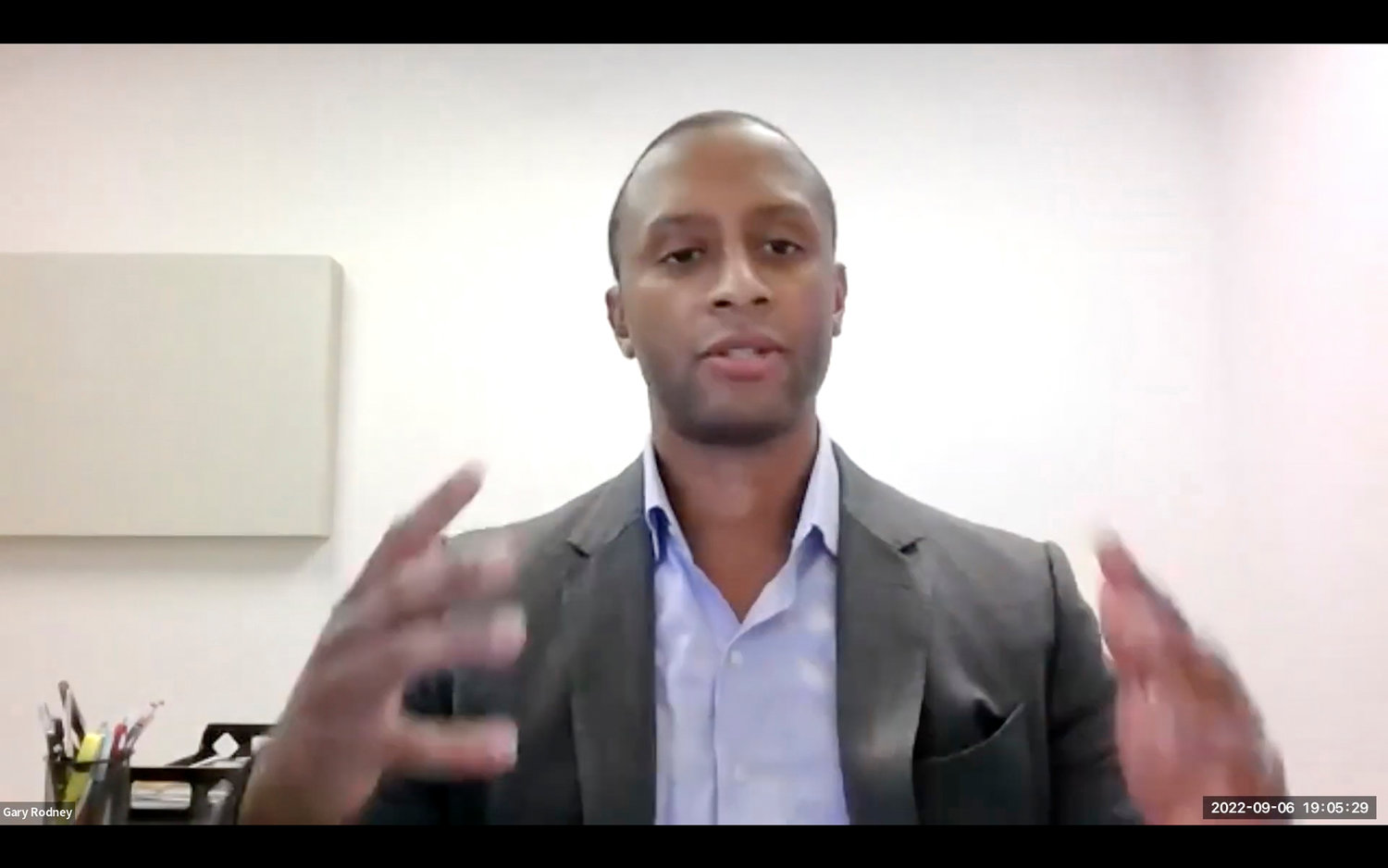 It was no accident that we do not have any of the basic zoning information. It’s clear that this was a shell game. It’s very clear to me that we were snookered.”
CHARLES MOERDLER land use committee chair, Community Board 8
Support journalism

Community Board 8 members have known since last October the School Construction Authority wanted to build a school on a shady block across from Van Cortlandt Park where the former Church of the Visitation sits consumed by weeds. But, now they want to know the details — and they are prepared to leverage their influence.

The city has identified a need to add 696 public school seats by 2024 now that the school construction authority is moving ahead with plans to build a 700-seat primary school on a half-acre they purchased for $8.4 million from the New York archdiocese last month.

Chair Laura Spalter, together with land use committee chair Charles Moerdler and education committee chair Sylvia Alexander say the SCA “materially misled the board and community by, at least, omitting to provide critical information.”

The SCA’s 2020-24 capital plan calls for 7,000 new seats distributed across 15 new schools in the Bronx at a cost of $980 million — about 15 percent of its overall budget to increase school capacity across all five boroughs. The SCA estimates it will cost $106 million to construct the Van Cortlandt Park South school, though it gives no backing for these figures and frequently deviates from them.

The authority’s site selection passed in a city council vote in July after a series of public hearings and environmental assessments that began last October. Though short on design details, the SCA’s plan included the size and location of the lot — 21,810 square feet comprising the western portion of the Visitation property facing John M. Collins Place. That roughly overlaps with the shuttered church’s parking lot. The site’s residential zoning district permits schools as-of-right, the SCA stated in an environmental assessment form published May 26.

With city council’s green light to move ahead, SCA and real estate investment firm Tishman Speyer finalized the property transfers from the archdiocese in August, and are now cooperating on the development of two subdivisions where a five-story school and eight-story affordable housing development will soon rise.

Together the buildings will span the entire city block. Both are permitted as-of-right, meaning the developer doesn’t need special approval for the height and building footprint, in the city’s zoning resolution.

But CB8 officers were incensed last week when the SCA declined their invitation to a Sept. 29 meeting to discuss the project’s environmental assessment, which concluded before city council’s vote with a declaration of no adverse effects the quality of the environment. The board will continue collecting public comments and statements to submit to the authority.

CB8 staff are scrambling to find an alternative venue for the meeting after a pipe burst at the Amalgamated Apartments at 74 Van Cortlandt Park S., the location previously announced. Spalter said to stay tuned for the new location.

“While SCA was happy to attend multiple CB8 meetings on this project, as we have shared previously, we would not participate in a hearing on a negative declaration,” SCA external affairs director Zeeshan Ott said in an email to district manager Ciara Gannon shared with The Riverdale Press.

In their joint letter, Spalter, Moerdler, and Alexander wrote that recent community board meeting participants “left convinced that SCA’s representatives in their presentation had materially misled the board.”

“Obviously, that sentiment must be corrected immediately if SCA is to have any credibility whatsoever with the Board or the community,” they wrote.

In response to The Press’ inquiry Monday, SCA spokesperson Kevin Ortiz said, “we’ll be responding directly to the community board shortly.”

CB8 caught a more detailed glimpse of Tishman Speyer’s plans last Tuesday in a guest presentation by managing director Gary Rodney before the land use committee. What they saw caused an outpouring of dismay from committee members and local residents.

“The community input has been totally violated,” said Giovanni Puello, who has lived with his wife next to the development site at 180 Van Cortlandt Park S. for seven years.

“We have invested our life savings here to have tranquility and peace of mind right across from the park,” Puello said. “I saw myself and my wife going across the park to play golf or walk around the lake or exercise or eat at that beautiful restaurant. But now our tranquility is being threatened. We strongly oppose this proposal.”

Moerdler also tempered his previous enthusiasm, saying the building in Tishman Speyer’s rendering looked like “The Pentagon” — though Rodney noted it wasn’t drawn to scale.

Committee member Dan Padernacht asked for a traffic flow plan which the developer had not yet created. Padernacht raised concerns about the building’s corner entrance and the proximity to the Major Deegan Expressway.

Others wanted to know more about specific design elements: Will the courtyard contain greenspace? Where will stormwater runoff flow? Will there be plantings on the sidewalk?

“The presentation is a bit thin,” land use member Rosemary Ginty remarked. “I do not see open space. I don’t see zoning calculations, the size of the apartments, or curb cuts and which way cars are going in and coming out. We are used to seeing more information.

“This is a big use of property in Community Board 8. There is a cumulative impact of these two projects on this community. They almost have to be viewed together. The community needs to have more information on both of these.”

If SCA and Tishman Speyer’s projects went through a joint environmental review, they might be subject to the more rigorous level of assessment usually reserved for discretionary land use actions that go before the city planning commission.

The Van Cortlandt Park South development also dominated the executive committee’s discussion the following night, which reached a despairing pitch before drawing to a close.

“It was no accident that we do not have any of the basic zoning information,” Moerdler said. “It’s clear that this was a shell game. It’s very clear to me that we were snookered.”