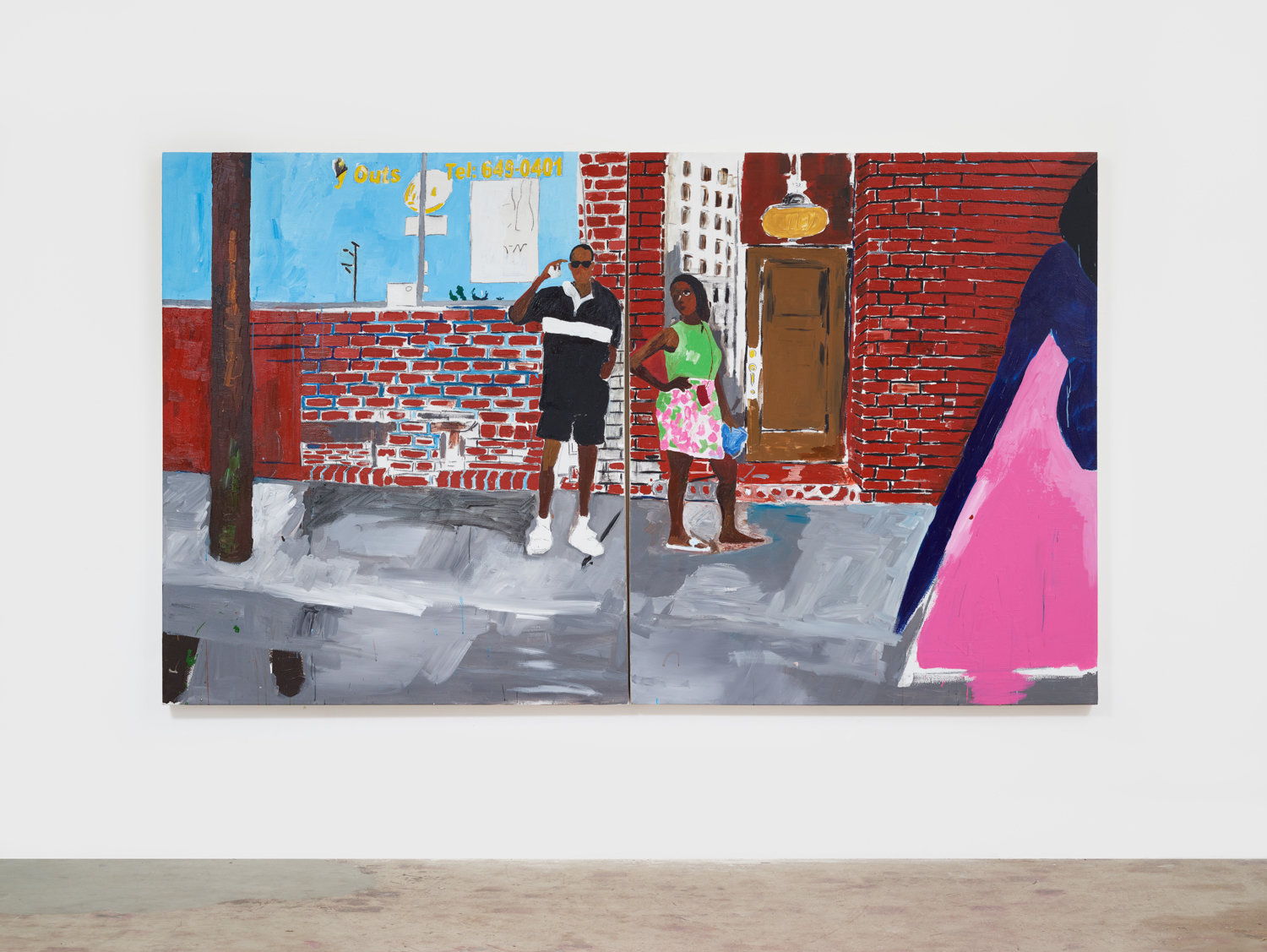 Henry Taylor has two pieces in the group exhibition ‘Young, Gifted and Black’ at Lehman College Art Gallery, including this painting, ‘Split.’
Courtesy of Lumpkin-Boccuzzi Collection 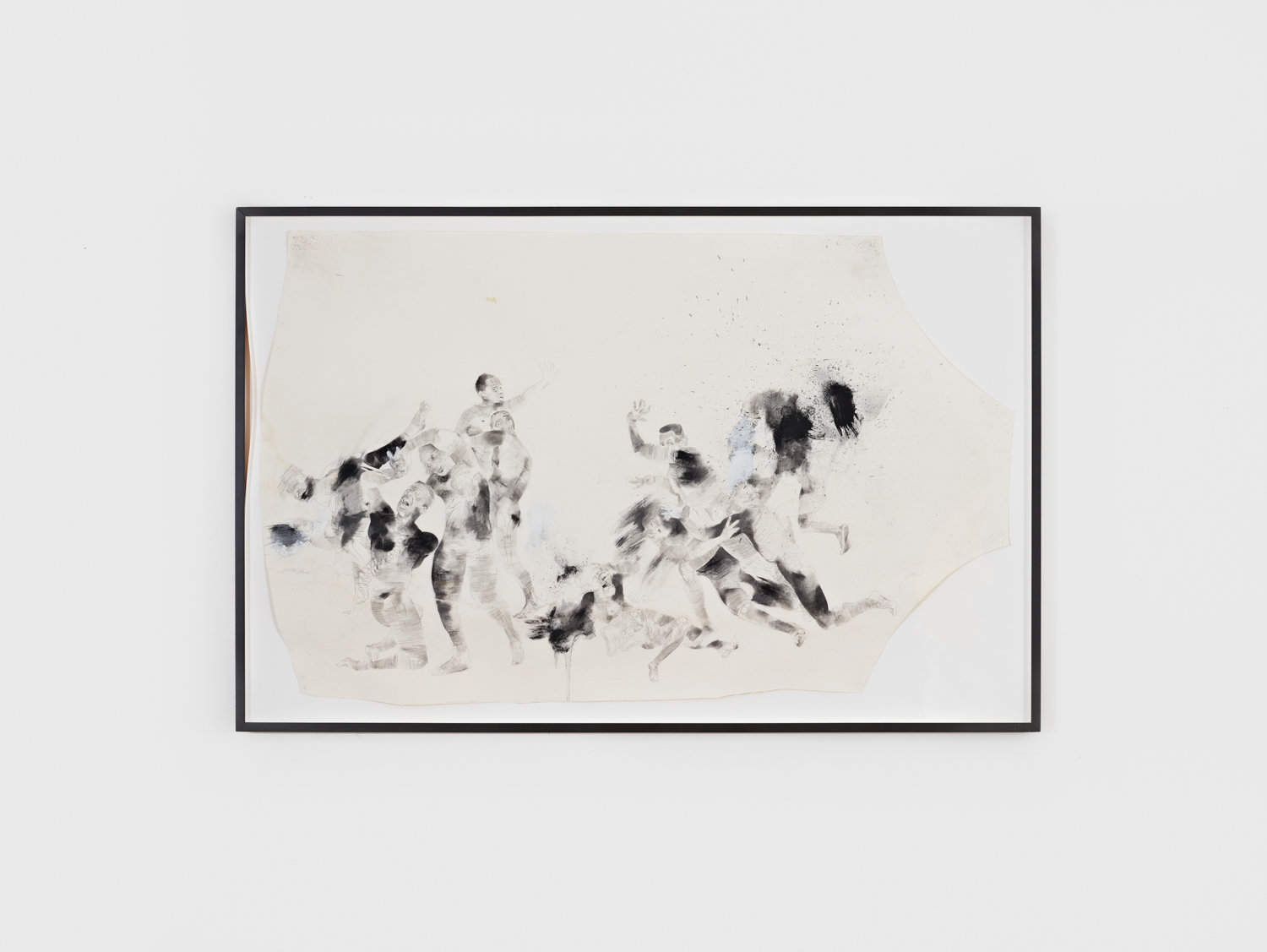 Wardell Milan’s mixed media work ‘Desire and the Black Masseur’ is included in the exhibition ‘Young, Gifted and Black,’ which is on display at the Lehman College Art Gallery through May 2.
Courtesy of Lumpkin-Boccuzzi Collection 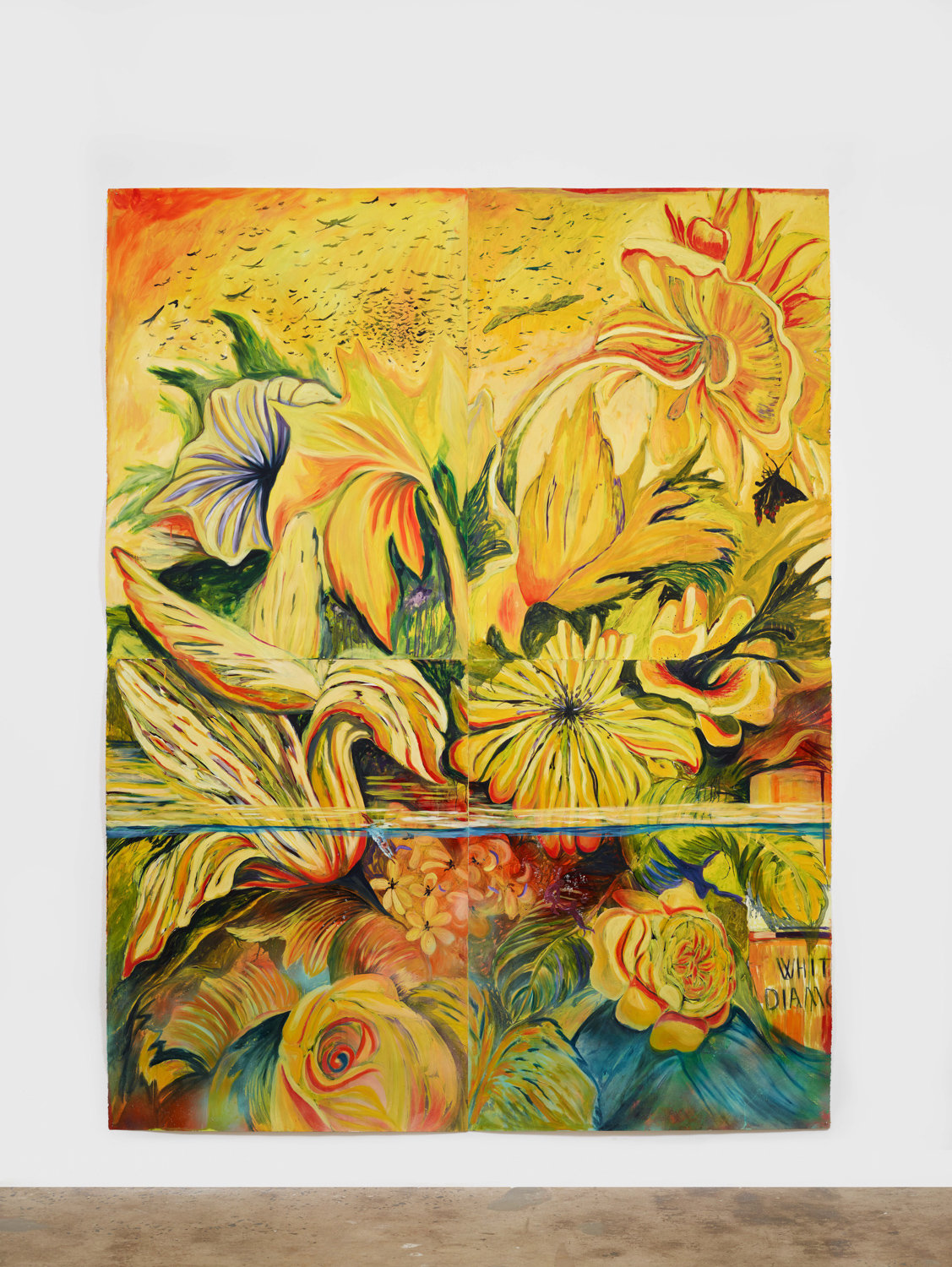 Vaughn Spann’s 2017 painting ‘Radiant Sunshine, The Morning After (For Lula)’ is included in the exhibition ‘Young, Gifted and Black,’ featuring 50 contemporary pieces by African American artists. It’s on display now at the Lehman College Art Gallery through May 2.
Courtesy of Lumpkin-Boccuzzi Collection 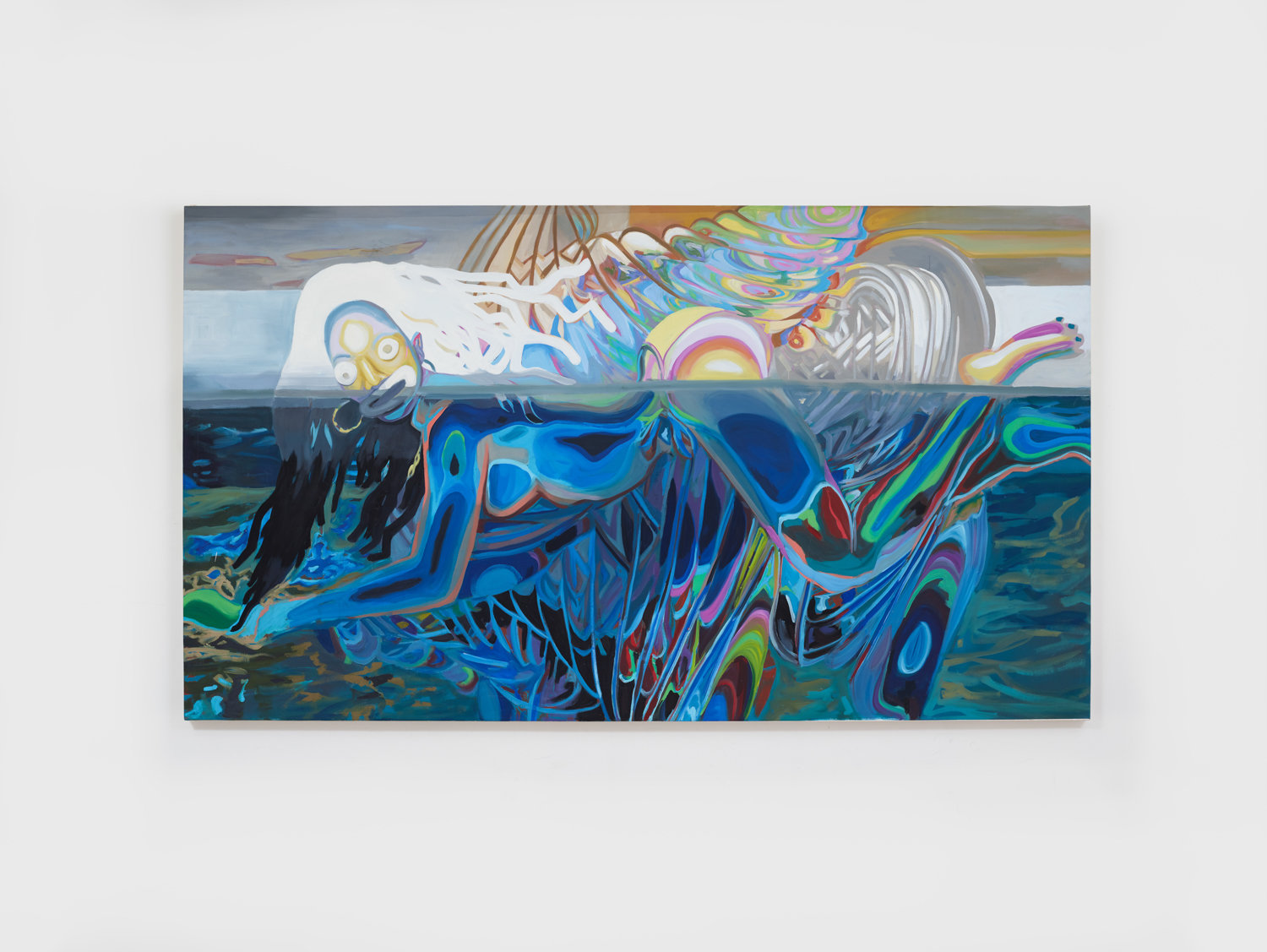 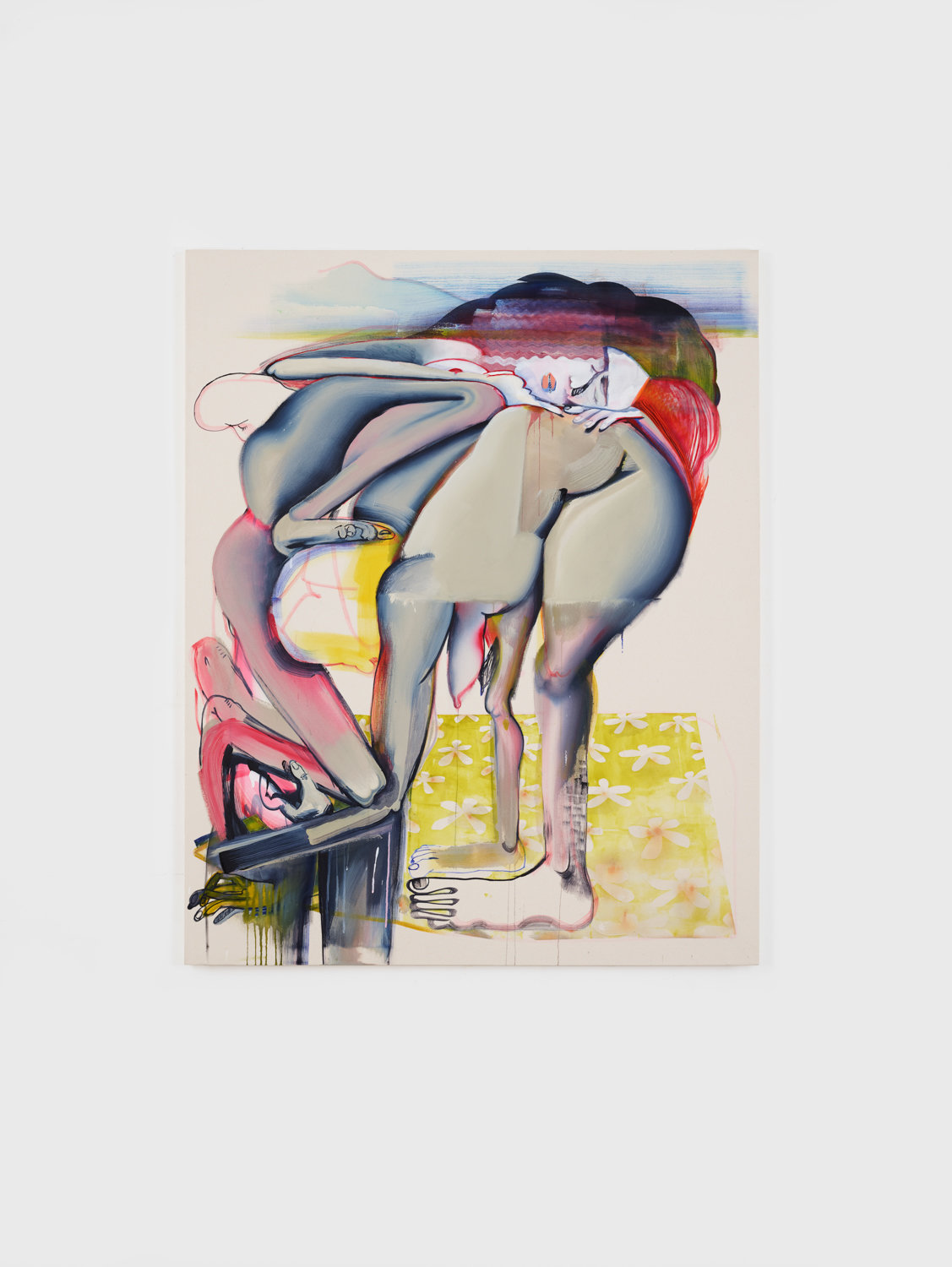 Los Angeles-based artist Christina Quarles often deals with issues of sexual and racial identities in her work, like in this painting, ‘Now Top That,’ which is included in the group exhibition ‘Young, Gifted and Black.’
Courtesy of Lumpkin-Boccuzzi Collection 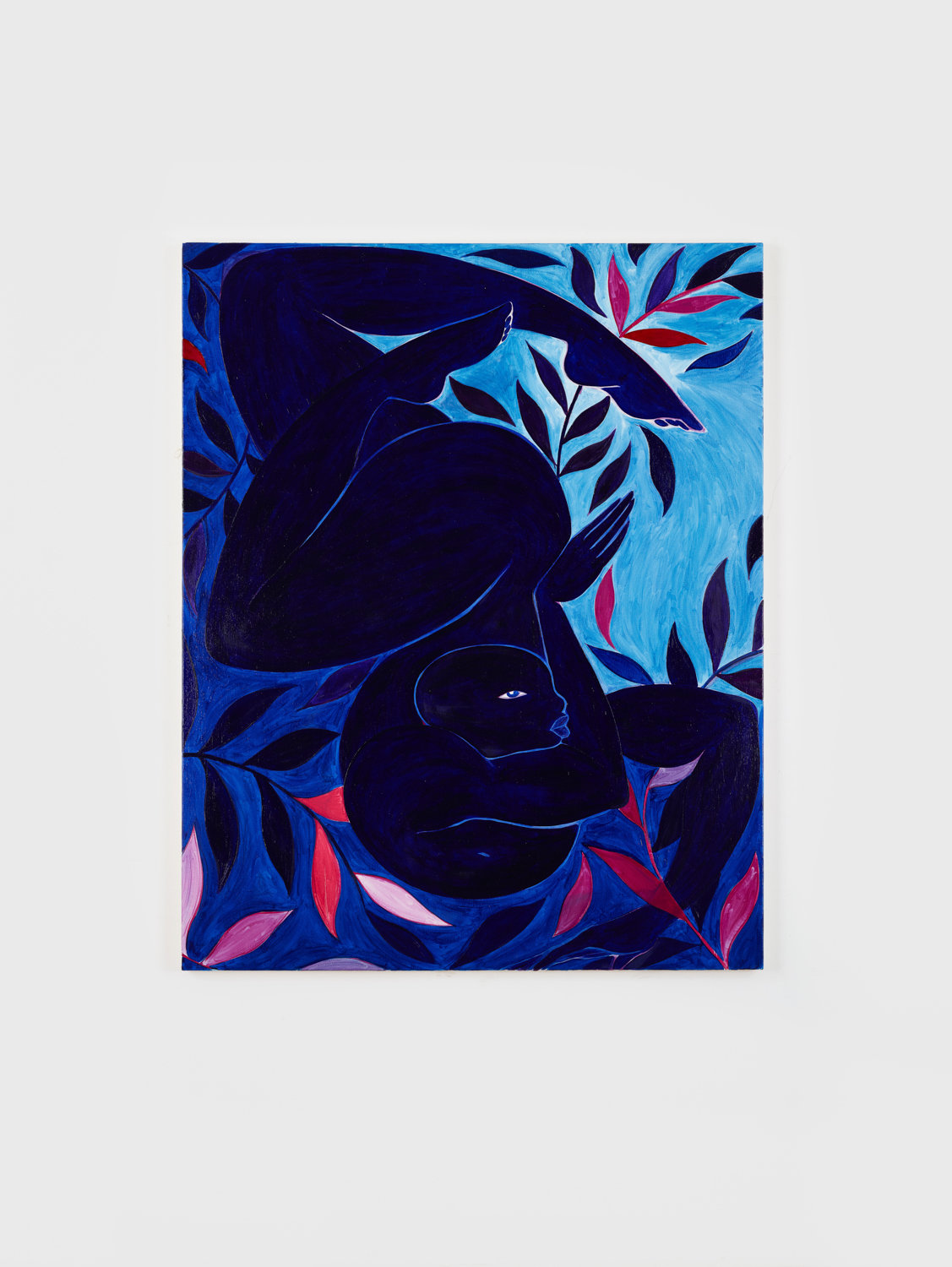 Tunji Adeniyi-Jones’ painting ‘Blue Dancer’ is included in the group exhibition ‘Young, Gifted and Black,’ which presents a range of work by artists both well established and new. The show is on display at the Lehman College Art Gallery through May 2.
Courtesy of Lumpkin-Boccuzzi Collection 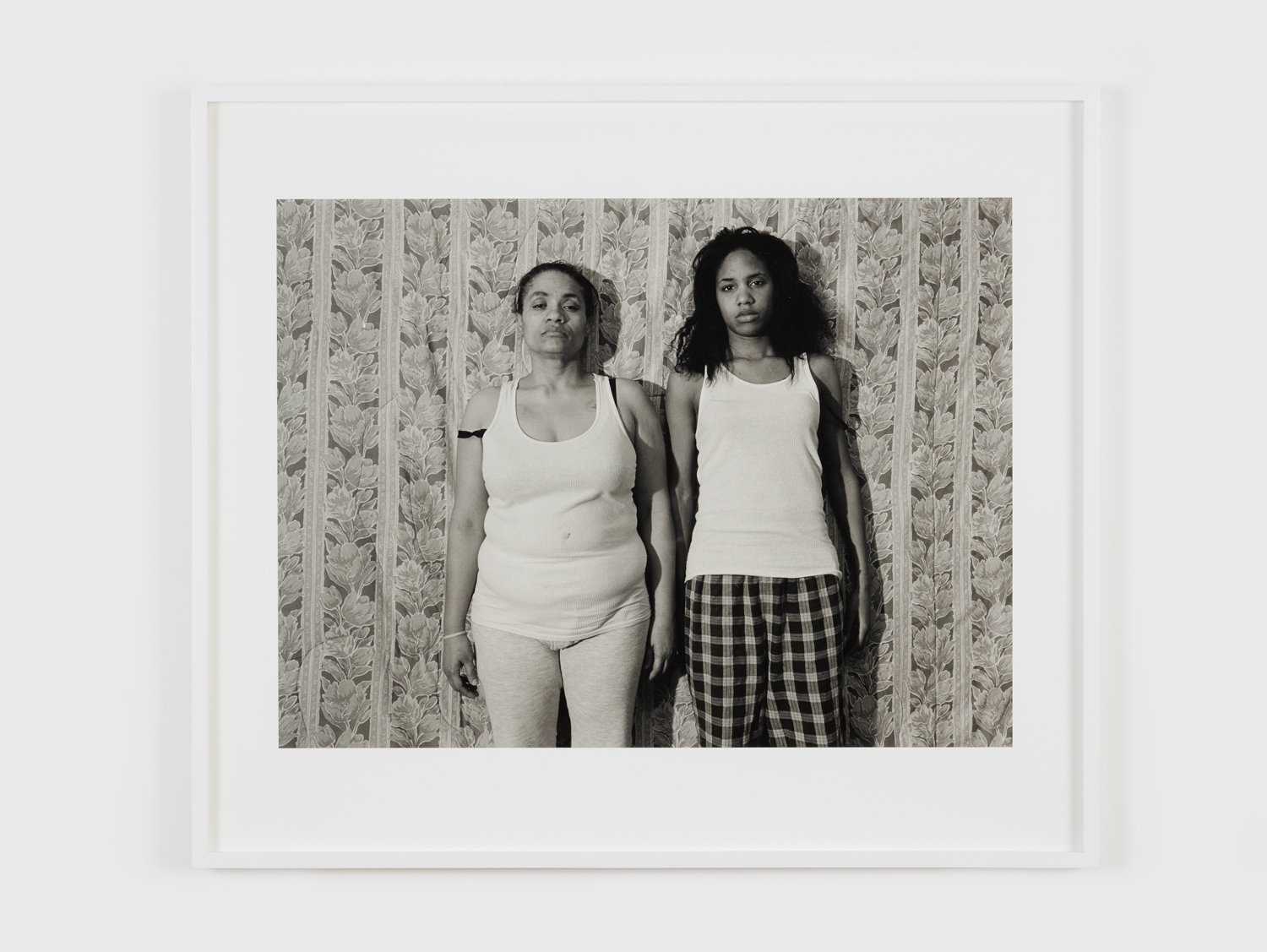 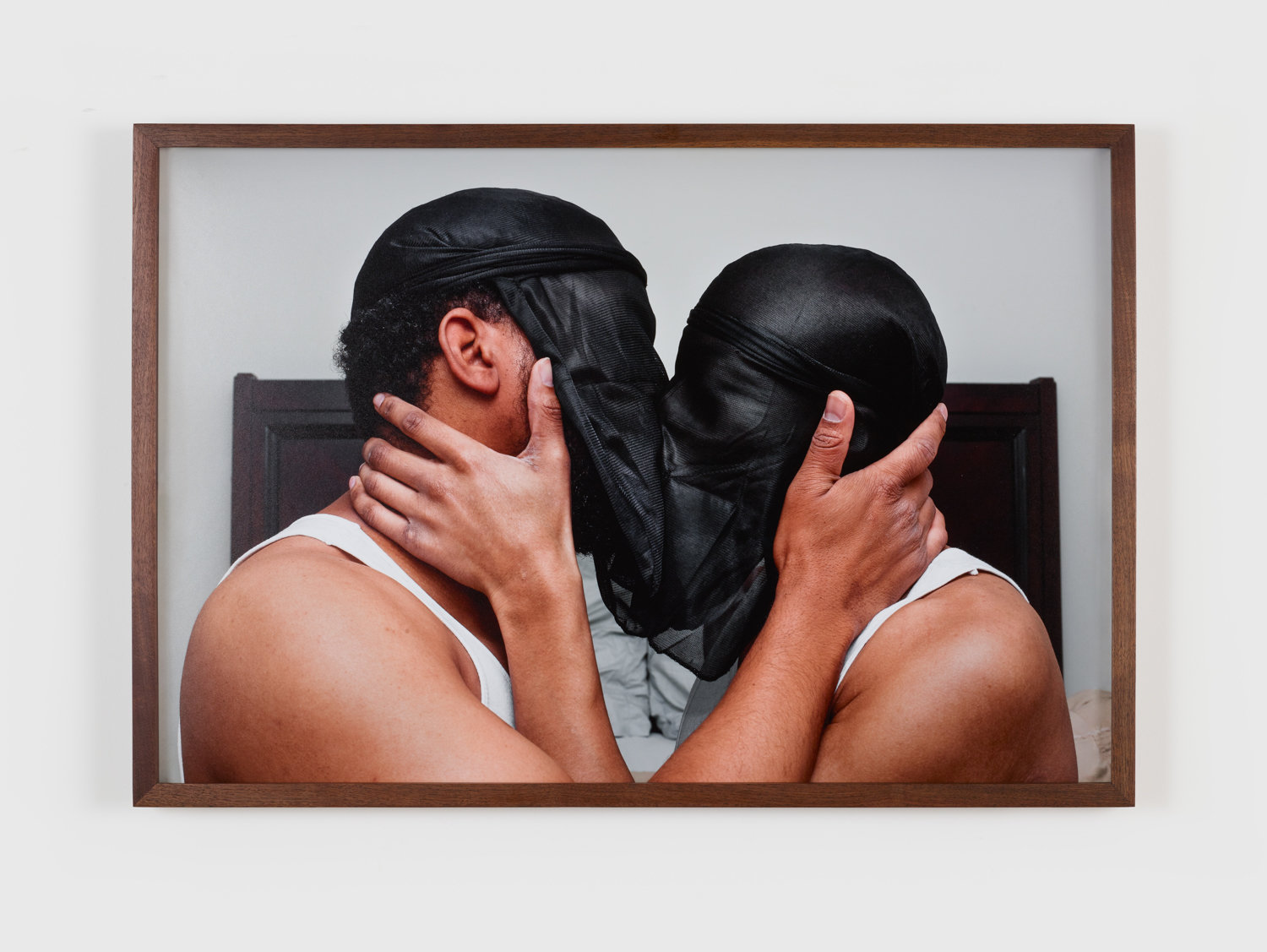 D’Angelo Lovell Williams’ photograph ‘The Lovers’ is included in the group exhibition ‘Young, Gifted and Black.’ It features 50 contemporary pieces by numerous artists of various African backgrounds, all of which is on display at the Lehman College Art Gallery through May 2.
Courtesy of Lumpkin-Boccuzzi Collection
Previous Next
If you go ...

WHAT: Young, Gifted and Black

The soundscape of a typical gallery opening includes sips of white wine, mumbled agreements on interpretations, and incessant questionings of cost.

But Lehman College Art Gallery’s opening for “Young, Gifted and Black” included echoing piano keys, reverberating singing, and the chatter of dozens beside works big and small, expressive and subtle.

Writer and critic Antwaun Sargent, author of “The New Black Vanguard: Photography Between Art and Fashion,” leapt from one person to another, from one camera flash to the next, ready to speak about the work and the curation of the new Lehman exhibit to anyone who wanted to know.

“Bernard Lumpkin approached me in order to put this together,” Sargent said. “I’ve known him for years through the New York art world. He focuses greatly on black collectors and patrons.”

Lumpkin, a former MTV producer and art collector, formed the exhibition along with husband Carmine Boccuzzi as a personal art collection. They discovered that such a dense collection of work by young African American artists needed to be shown outside the confines of a Manhattan apartment.

“I think it’s important to curate art to build a community,” Lumpkin said. “With curating, I talk to curators. With educational programs, I talk to museum people. With this exhibition, I wanted to bring in fresh voices and different narratives and themes into it. I wanted some fresh eyes on this, like Antwaun’s.”

Lumpkin and Sargent curated “Young, Gifted and Black,” a phrase that invokes the song by Nina Simone and the album of Aretha Franklin, as a traveling show, remaining at the 250 Bedford Park Blvd. W., gallery until May 2, with the intention of bringing the collection of 50 contemporary artworks to several major and minor galleries and museums across the country. According to college president Daniel Lemons, Lehman was selected over a gallery in Manhattan.

“Lehman was chosen for what Lehman is,” Lemons said. “The diversity of our student population, our emphasis on social justice that’s woven through what we do and what we’re about. Lumpkin made that call.”

“The art itself is fascinating, how the colors and textures play together on some of the pieces,” Hernandez said. “But what really gets me are the messages art like this conveys. Artists have this opportunity to put things out there that aren’t really talked about. I consider it a sort of activism.”

As the musicians took a break and visitors did their best to avoid knocking over a statue bordered by black tape, Sargent took time to consider the gravity of presenting such work to a mainstream gallery.

“We have to shine a light on work like this regardless of the vogue,” he said. “This show is a testament to that sort of spirit in the black community, and to the collectors that have sustained black artistic production. But this idea that there was some moment where people got together in a boardroom and had an epiphany about black artists and showing their work is not the case. It is often through quiet, unseen work that you get a moment like this. Like here.”

Indeed, Sargent considers Lumpkin’s position as a trustee for the Studio Museum in Harlem to be reflective of Lumpkin’s desire to present the work of these artists. They range from the wildly well-established like Mickalene Thomas and Paul Mpagi Sepuya, to prominent up-and-comers like Caitlin Cherry and Gerald Sheffield.

“It’s one of the reasons I consult a variety of different collaborators and curators in order to put a show together,” Lumpkin said. “I keep an eye out for good work, no matter who it’s by. But collaborators like Antwaun help me put it together and understand what’s happening in contemporary art.

“I think that art is valuable to the extent you find value in it. Coming together to have a conversation about it is really important.”

The musicians returned to their respective positions, with hands on piano keys or on a microphone, and the night went on. Hernandez approached several pieces and ruminated on what art can do to a viewer.

“Artists can show things that aren’t shown very well in society,” she said. “If someone sees something here and it makes them uncomfortable, they should question why that is. A show like this can really make that clear.”