New beginning for kids and teachers 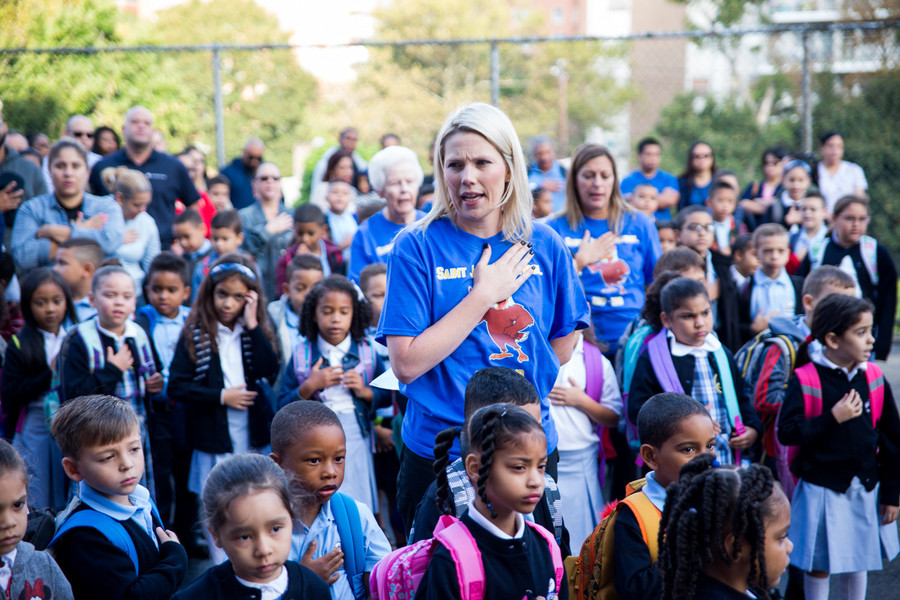 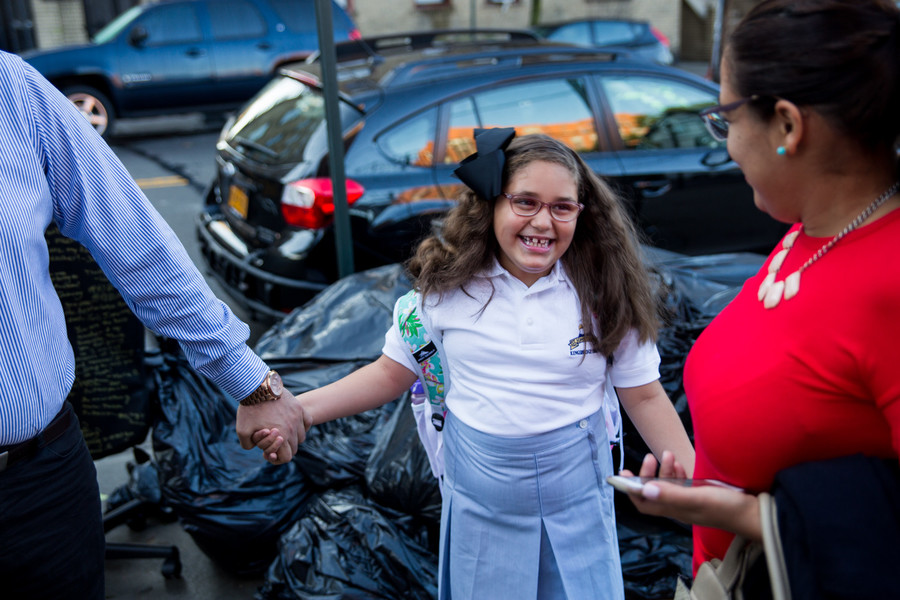 ‘Can you believe that I am going to school?’ -- Madison Capellan, pre-k student at St. John's School”
By Lisa Herndon

Excitement and nervousness filled the faces of parents and students standing outside St. John’s School in Kingsbridge last week. In just a few minutes, the doors would open, officially beginning the first day of the new academic year.

For some, the first day continued a family tradition of attending St. John’s while a 4-year-old attended the school for the very first time. And a long-time instructor finally fulfilled her dream of teaching kindergarten.

“She’s ecstatic,” said Marilyn Capellan about her daughter Madison, who started pre-kindergarten at the 3143 Kingsbridge Ave., school. “Her first words of the day were, ‘Can you believe that I am going to school?’ It’s a big deal, so we are the first ones here.”

Capellan admits, however, that she’s far more nervous than Madison, who was dressed in her uniform gray sweatsuit with the St. John’s logo in large letters on the front.

Another parent, Eva Maldonado, called the first day “a little nerve-wracking and exciting.”

It’s “all the feelings you get as a mom for your daughter’s first time going to school,” she said. Maldonado’s daughter Lily said she felt “good” about starting school in the pre-k class.

For parent Yvonne Torres, whose son Angel started sixth grade, the first day meant having another family member at the school. Torres is a St. John’s alum, as is her older daughter as well as her nieces.

Angel, however, wasn’t laughing with her.

“It’s good to see friends, but I don’t really like school,” he said.

“But it’s good for learning,”

Angel — who despite his attitude is an honor roll student at the school — had his summer homework assignments in-hand and ready to show his new teacher. One of them included how he would pack a suitcase using five items that meant something to him.

Angel’s choices? A photo of his parents, a picture of him with his older sister, a football, a metal cross given to him by his great-grandmother, and a flag displaying his Puerto Rican heritage.

It was a new beginning for teacher Kristen Bonomolo. After teaching second grade for seven years, she was making the move to kindergarten, a grade she’s always wanted to teach. As her students stood in line just before St. John’s first-day ceremony, Bonomolo said she would focus the first week on her students building friendships. They would move into academics in the second week.

The were nearly 68,000 students who attended Catholic schools in the 2015-16 school year, according the Archdiocese of New York’s enrollment office website. St. John’s serves 215 of them.

Tuition for those in kindergarten through eighth grade is nearly $7,000, according to the school’s website.

For Edward Higgins, St. John’s principal, the day meant the once-quiet halls would again be filled with the sounds of students — something he missed.

“We had a tough summer because we had to do a lot of construction around here,” he said, referring to renovations to add a third pre-k class. “It’s just so good to see the kids back. This is what it’s all about, having the children back in the building gives it life.”