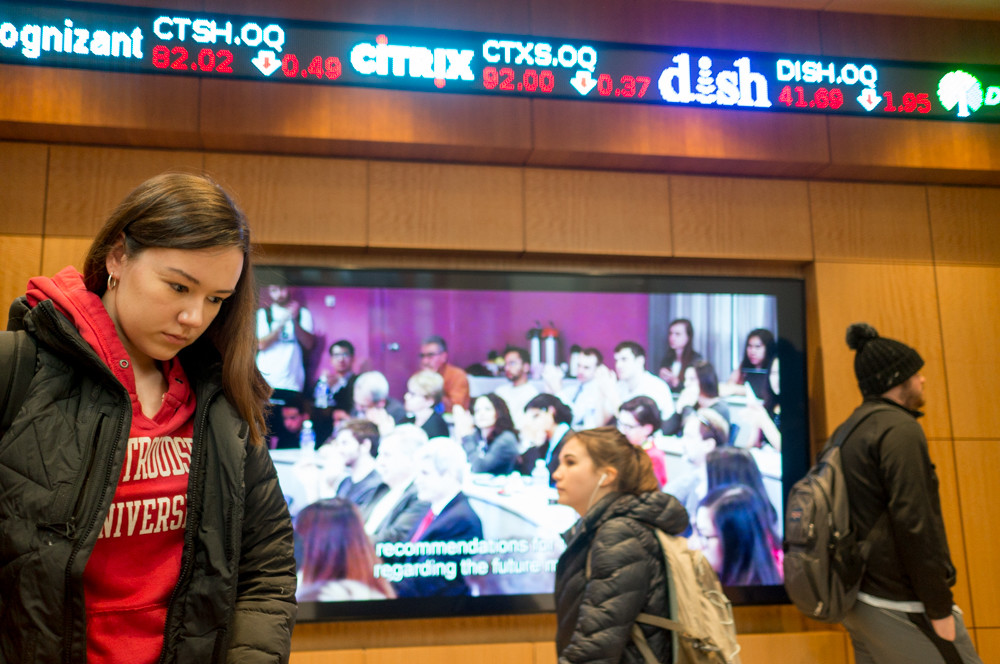 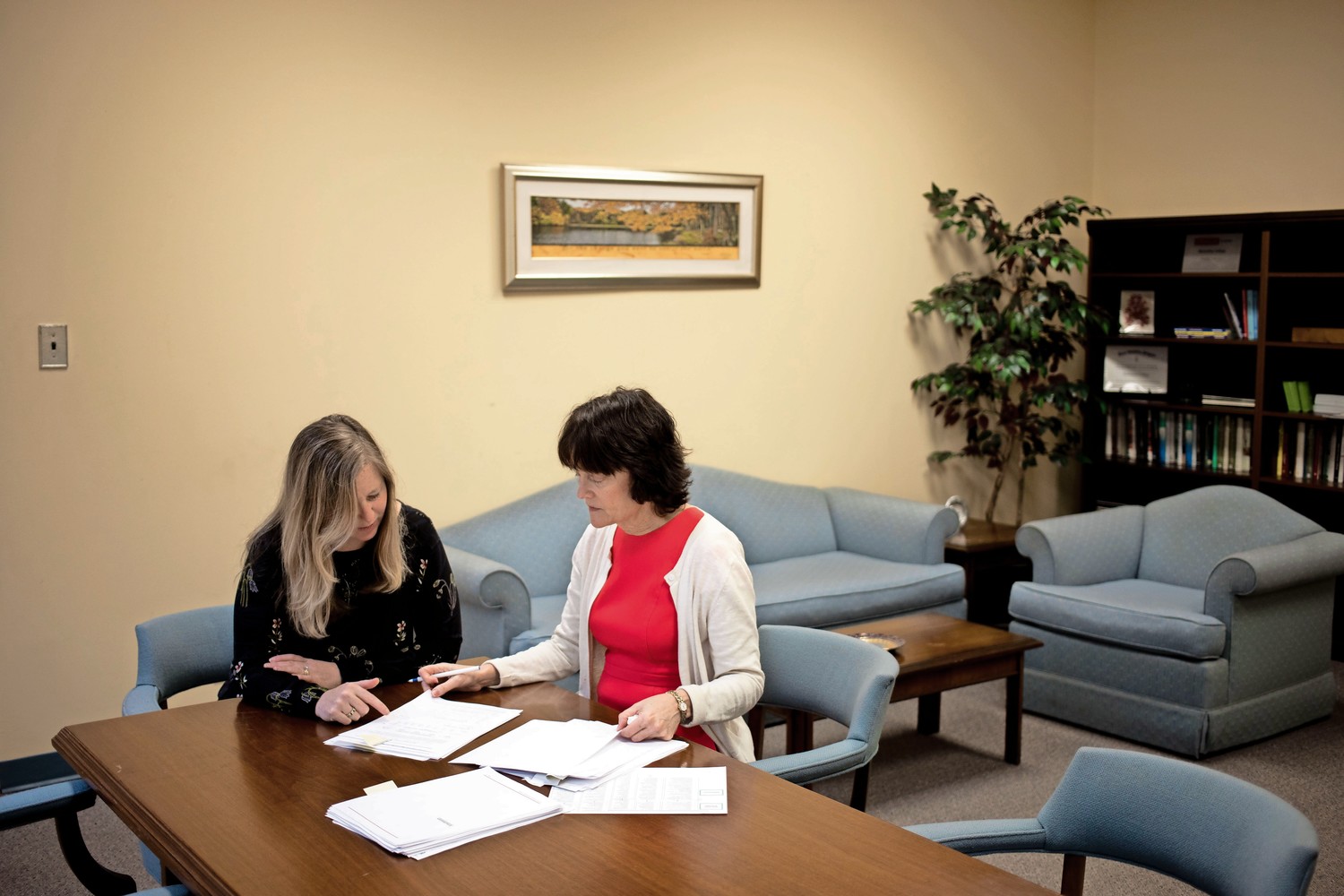 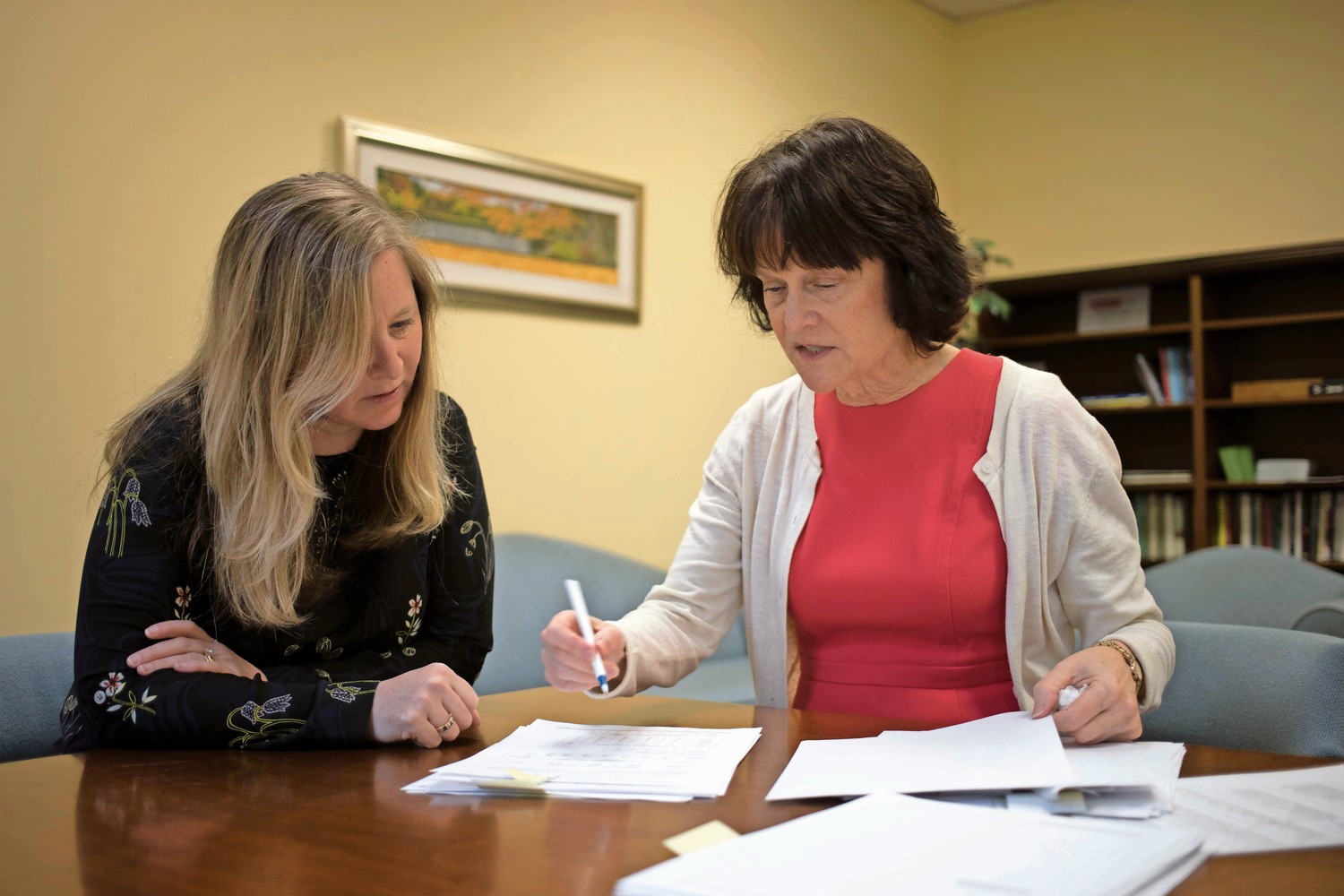 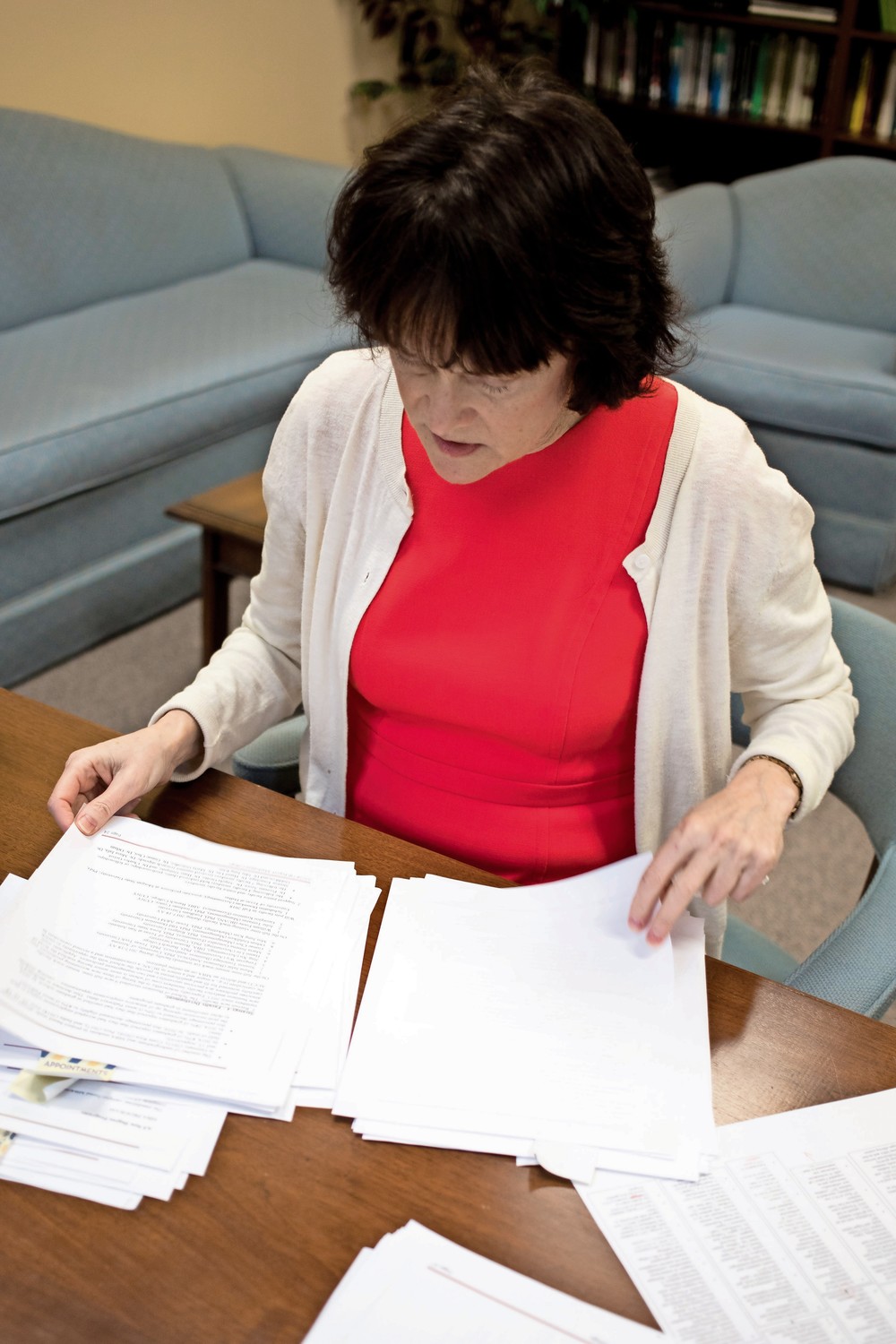 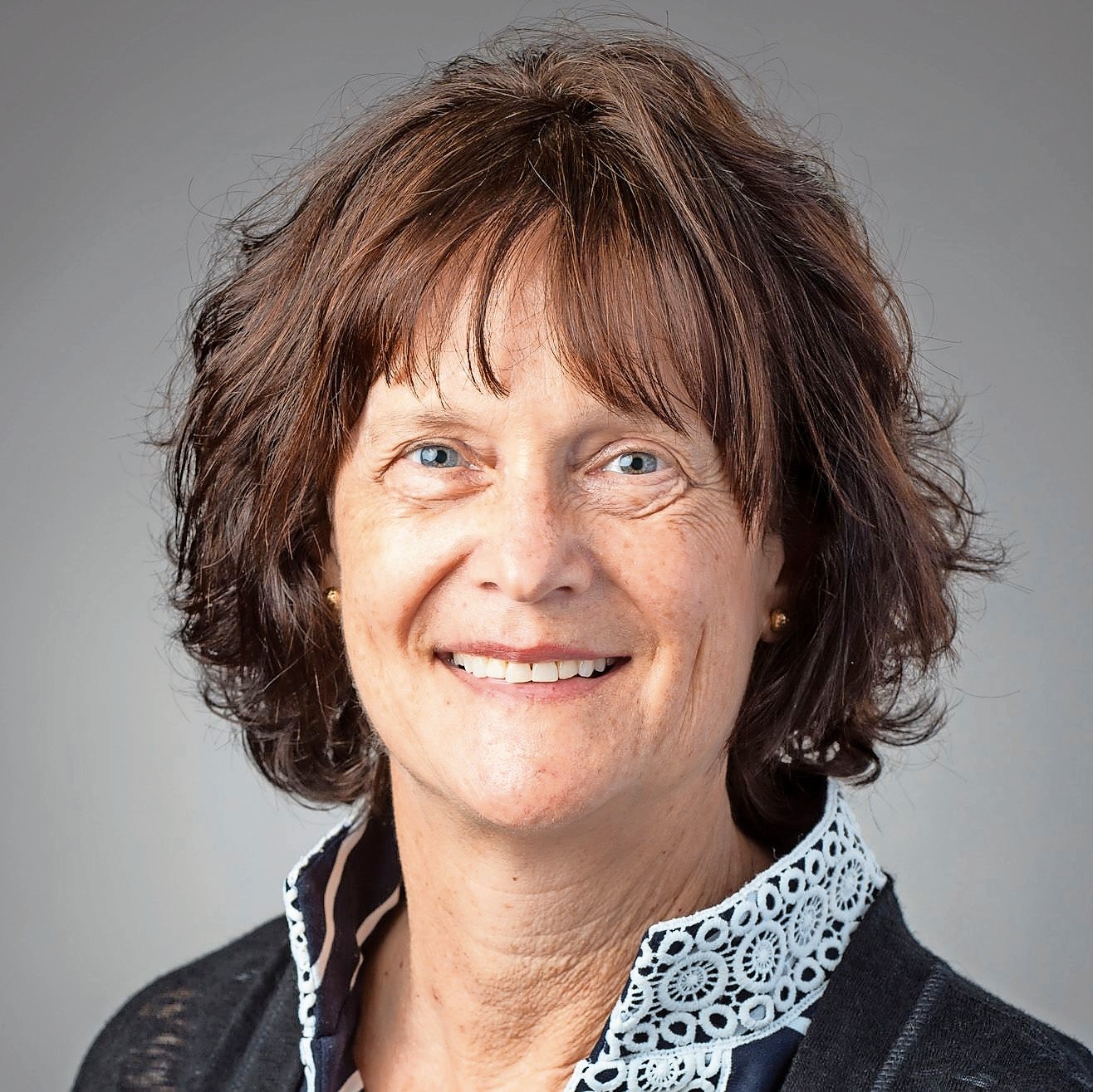 Janet Rovenpor has worked in various capacities at Manhattan College since 1991. Most recently, Rovenpor is working as the associate dean of the O?Malley School of Business, and is serving as interim dean until Don Gibson arrives this summer from Fairfield University in Connecticut.
JULIUS CONSTANTINE MOTAL 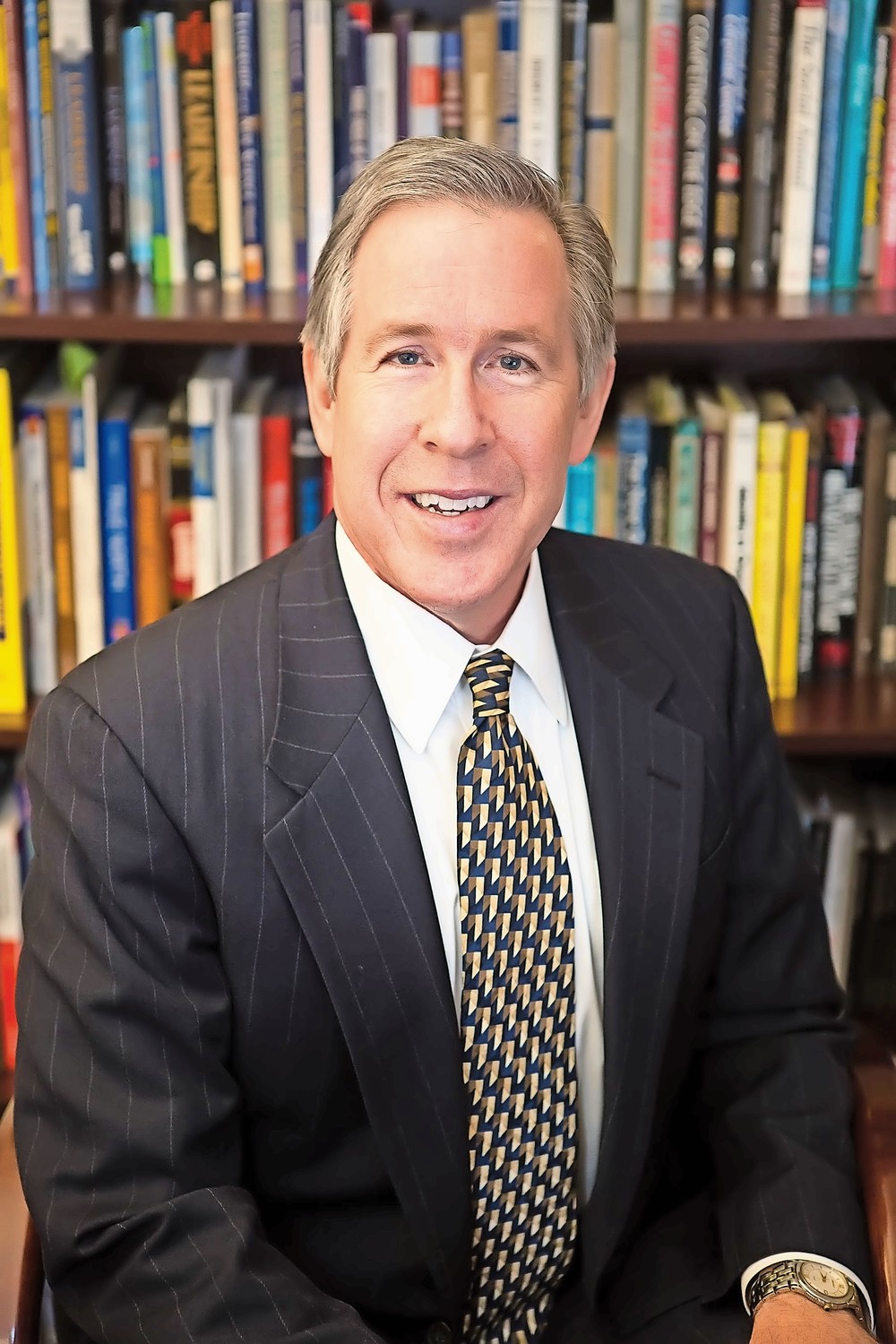 Don Gibson will join Manhattan College as the dean of the O?Malley School of Business this summer. Gibson is leaving his post as Vice Provost in the Office of Academic Affairs at Fairfield University in Connecticut.
JULIUS CONSTANTINE MOTAL
Previous Next
By SIMONE JOHNSON

A $25 million gift isn’t the only thing new at Manhattan College’s O’Malley School of Business. Starting July 1, Don Gibson will take over as dean, allowing Janet Rovenpor to move back into her old role as an associate dean.

Gibson joins the school after 16 years at Connecticut’s Fairfield University. He earned his bachelor’s at the University of California in 1981 before earning a master’s in radio and television from San Francisco State University a few years later.

That took him on a path quite different from other business school deans — he had a career behind-the-scenes of television shows in the late 1980s, like “Falcon Crest.”

“It was an exciting place to be, and there were strict deadlines,” Gibson said. “It was fun working with creative people, but your life is devoted to a TV show, and I wanted to grow beyond that.”

That meant a return to school, and a return to his original alma mater. There he earned not only his MBA, but also a doctorate in management.

“I wanted to bring a human side to what it was like to work in business,” Gibson said.

He moved to Connecticut to become an assistant professor at the Yale School of Management focused on organizational behavior. There he educated students on psychological principles and techniques that could be applied in the workplace he believed could improve individual and managerial efficiency.

After six years at Yale, Gibson moved on to Fairfield University where he would spend the next 16 years of his life. He started as an associate professor of management, but quickly moved up to professor and then chairman. In 2011, Gibson became an interim dean, and two years later, was named dean of Fairfield’s Dolan School of Business.

“I’d like to make the O’Malley School better known and better recognized,” Gibson said. “I think as a dean you have to work on a variety of fronts, and I started by enhancing the development of the students. You want to give students a chance to explore and have them prepare for a career very early on.”

At Fairfield, students “learned how to build their readiness and were ready to go in terms of the market place.”

Gibson describes himself as a leader who strives to listen and create a vision that can inspire others.

“I am excited by the potential of the O’Malley School of Business and its emphasized value in teaching,” he said.

Manhattan College president Brennan O’Donnell said, in a release, that Gibson’s “vision and experience will help to strengthen our programs and provide our students and faculty with the support and resources they need to succeed.

“This is an exciting time not only at the college, but at our O’Malley School of Business.”