New signs dot Major Deegan, but are they enough? 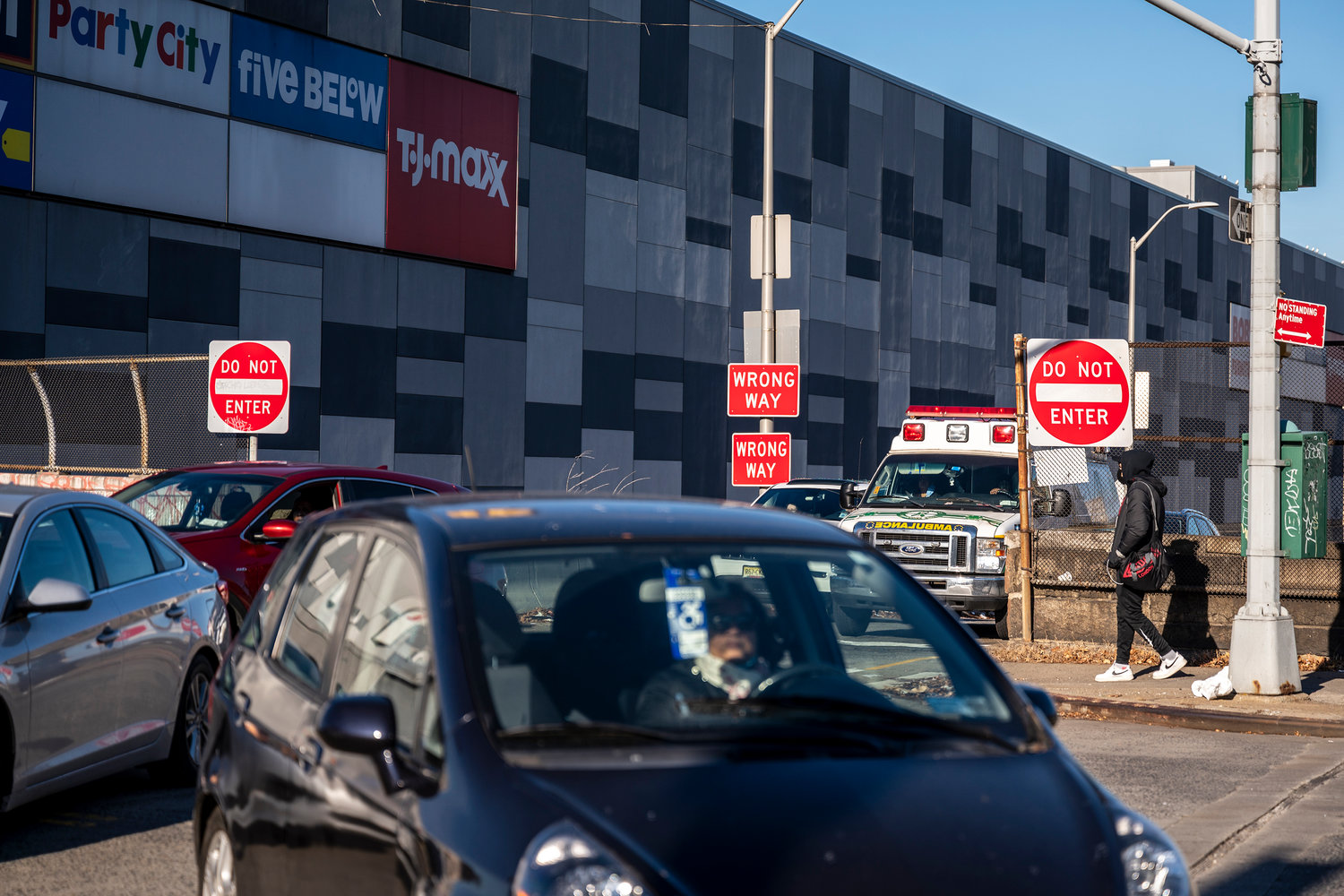 The Major Deegan Expressway has many rough patches as it snakes its way around the Bronx. It’s enough to create confusion — so much that exits like the one at West 230th Street has picked up new signage from the state’s transportation department letting drivers going the wrong way know they’re going the wrong way.
HIRAM ALEJANDRO DURÁN
By SARAH BELLE LIN

It seems every corner of the Major Deegan Expressway has a story, at least in the eyes of Melba Taveras.

“There’s been an accident there, there, over there, and there,” says Taveras, manager of Fiesta Liquors, just off the expressway on West 230th Street and Bailey Avenue.

“Sometimes I prefer to go around to avoid the intersection,” she added, preferring instead to traverse the multiple Kingsbridge blocks just to cross over the Deegan.

In the six years she’s worked at Fiesta Liquors, Taveras has lost count of the number of car, pedestrian and cyclist accidents — many in plain view of the store.

“Cars on fire, five or six cars in the middle,” Taveras said. “I saw a car hit a teenager driving a bicycle. The teenager jumped and the bike went under, and the car still drove off. Where are they going to go with a bike under their car?”

On this particular day, Taveras walked the neighborhood near Marble Hill Houses with her friend, Clarissa Luna. Both had the signal to walk, yet four cars made a sharp right turn off the Deegan, mere inches from striking them.

Nine times out of 10, Luna says, it’s too dangerous to cross — even with a crosswalk signal.

“It’s a bad turn,” Taveras said. “They have to do something. A stop sign is good. Or a bridge, just for walking.”

“Wrong way” signs are now visible at the Van Cortlandt Park South exits, not far from playgrounds, soccer fields, skate parks, and soon, a possible new public school at the former Visitation Church site. The project was meant to provide visual deterrents to wrong-way driving on 25 different highways including the Deegan, where a crash involving a wrong-way driver killed a New Jersey man in 2010.

But upgrades to the Deegan are about more than just signs. The remnants of Hurricane Ida last fall reminded many that a brook once flowed through this neighborhood, surfacing in the middle of the roadway and stopping traffic for more than a day.

“It was a river with cars,” Taveras said.

Now the city plans to spend upward of $2 billion on system upgrades, including turning a stretch of former rail line along the Deegan into parkland with a re-surfaced Tibbetts Brook.

Deb Travis, chair of Community Board 8’s traffic and transportation committee, wasn’t necessarily aware of recent problems on the Deegan involving wrong-way drivers, but does admit there are several other larger issues at hand.

“I’m happy to hear that they’re putting signage near the Van Cortlandt Avenue South northbound off-ramp,” Travis said. “You can’t see that exit as you’re approaching it,” Travis said of the Van Cortlandt Park South area, praising the new signage. “Because of the bridge, the sightlines are blocked. And, so, anything to make it clearer is great.”

But Travis hopes the state DOT also will focus on what happens when cars want to leave the Deegan at either Van Cortlandt Park South or West 230th. Right now, traffic backs up onto the Deegan seem to be a big source of rear end collisions and injuries.

“The backup at (West) 230th for vehicles leaving the Deegan is the largest source of accidents that I’m aware of,” Travis said. And because the on-ramp to get onto the Deegan is “very short and has a very difficult angle,” that can cause accidents.

“The pedestrian crossways at Van Cortlandt Park South don’t provide pedestrians an adequate amount of time to cross,” the traffic committee chair added. “Turning traffic is rushed, usually, because it’s very unclear what the order of things is at that intersection.”

In fact, Travis says she has friends with children who don’t use that entrance onto Van Cortlandt Park because they’re afraid of crossing the on-ramp to the Deegan.

In the meantime, Travis says she looks forward to working with CB8’s parks committee to make the Vannie entrance more friendly to not only senior citizens, but everyone else making their way inside.