New York needs money — will the wealthy have to pay? 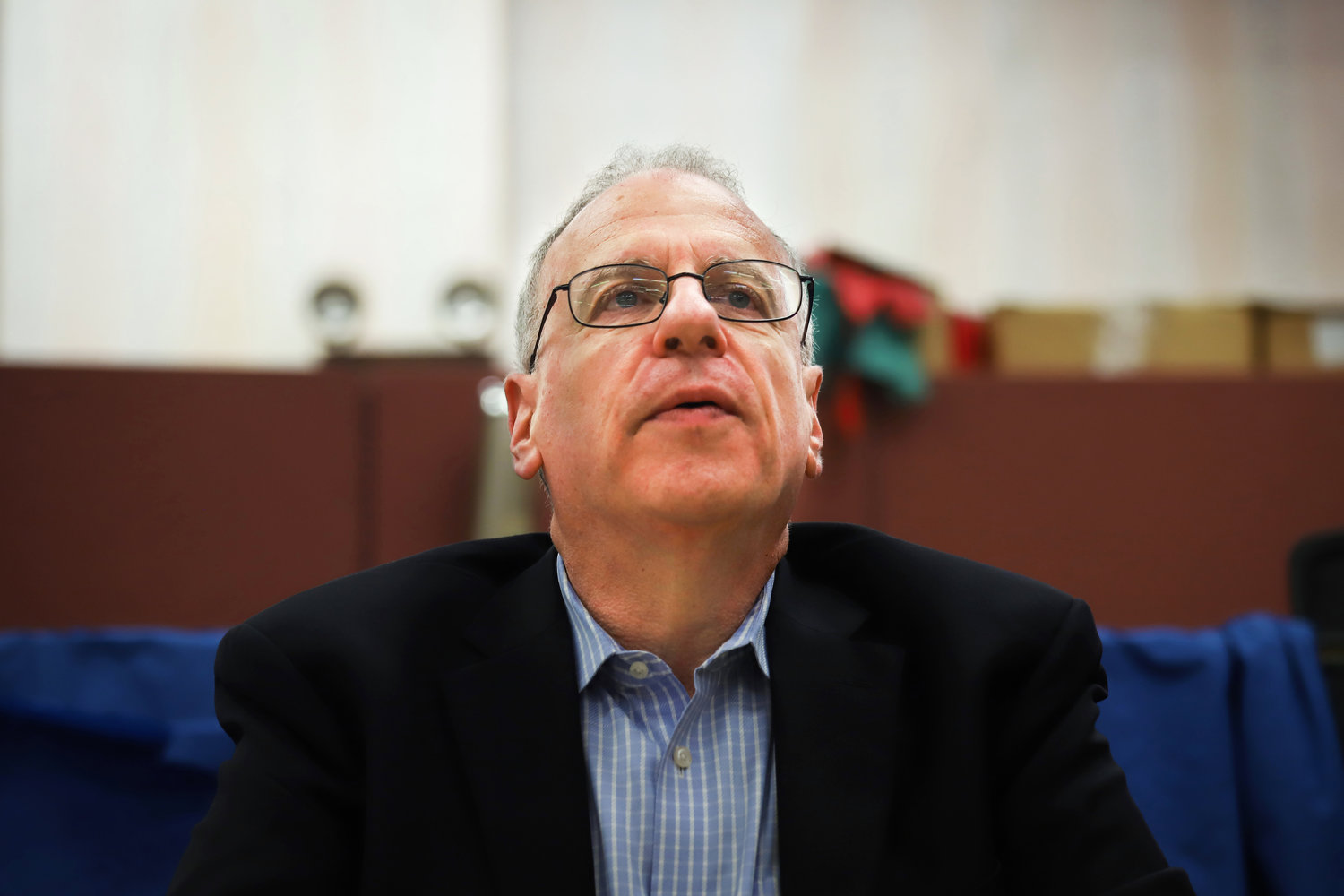 State Sen. Alessandra Biaggi and Assemblyman Jeffrey Dinowitz each support raising taxes on the wealthy as part of the proposed Invest in Our New York Act. Both chambers incorporated many parts of this six-bill package into their budget proposals — including progressive income and capital gains tax increases.
HIRAM ALEJANDRO DURÁN/ File 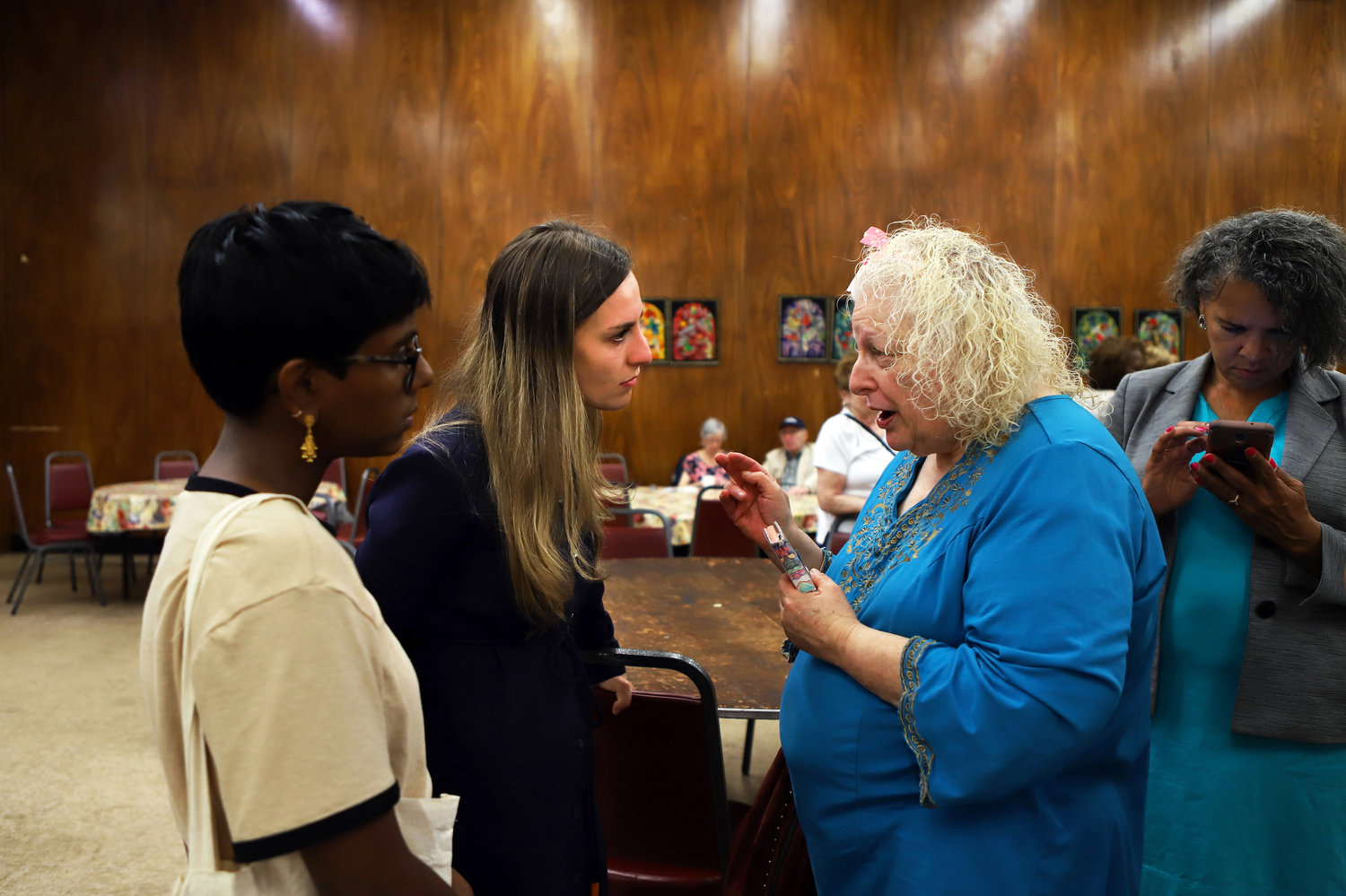 State Sen. Alessandra Biaggi and Assemblyman Jeffrey Dinowitz each support raising taxes on the wealthy as part of the proposed Invest in Our New York Act. Both chambers incorporated many parts of this six-bill package into their budget proposals — including progressive income and capital gains tax increases.
HIRAM ALEJANDRO DURÁN/ File
Previous Next
By ETHAN STARK-MILLER

The coronavirus pandemic has left states across the country in economic ruin. And New York is no exception, with a budget deficit hole topping $15 billion.

But that won’t be enough. Some observers argue that while these funds might address the current budget crisis, the state needs a long-term and reliable source of revenue. And state lawmakers have a simple fix they’ve offered many times before: Tax the rich.

How will they do it? Through a six-bill package they’ve called the Invest in Our New York Act. Champions of the package argue it would ensure the rich are paying their fair share while raising much needed revenue for the state when it needs it the most.

“We have asked poor and working-class people in this state to sacrifice during the entire pandemic, while wealthy people have just gotten wealthier,” said state Sen. Gustavo Rivera, a sponsor of one of the Invest in Our New York bills intended to increase the capital gains tax.

“And we need equity. So, it’s about getting money from these taxes so that we can stabilize (our) education system, our infrastructure, transportation, health care. That’s what the goal of this is.”

The legislation aims to install a progressive tax on income as well as taxes on capital gains, inheritance, on billionaires, corporations and even on Wall Street transactions. Proponents of the package say all of the combined taxes could raise some $50 billion in new revenue each year.

Now lawmakers are trying to make at least parts of the package a reality, incorporating these tax hikes into state budget negotiations.

“The bills aren’t passing,” Assemblyman Jeffrey Dinowitz told a forum last week hosted by Northwest Bronx Indivisible. “We don’t pass separate tax bills. It’s all part of the budget. There won’t be six separate bills to do any of those things.

“It’s a matter of it being part of the discussion in terms of crafting the budget.”

And at least as of Monday, it now is.

A progressive income tax would raise the top rate by 1 percent for single filers earning between $1 million and $5 million. Joint filers would see a similar 1 percent increase, but at a different income level.

Legislators believe this tax alone would raise $4 billion over the next year, higher than the $1.5 billion Gov. Andrew Cuomo is expected to get from his proposed billionaires tax.

This kind of tax could correct major inequities in the state’s tax code that have gone unaddressed for years, said Sue Dodell. She’s a member of Bend the Arc Riverdale, one of the organizations that have banded together to push forward the Invest in Our New York Act.

The tax codes “have really become completely unfair,” Dodell said. “Because they were based on a time when people did not make the multi-billion dollars that they make now. When you look at the current tax code, it really does not tax people equitably.”

Rivera’s proposal to increase capital gains taxes also made it into budget talks. Capital gains are the profits made off selling investments like stocks, bonds and art. Those making investments and turning them around for profit are typically wealthy, the senator said.

The problem, however, is that capital gains are not taxed at the same rate as income, Rivera said. That creates yet another disparity between how much average and wealthy taxpayers dole out to the government.

“We can fix that by adding a tax to that investment income that basically equals the percentage that you get taxed from your income,” Rivera said.

The senator hopes the new state budget will add a 1 percent surcharge for taxpayers earning more than $1 million a year.

Opponents of the budget proposals argue the package is now unnecessary because the federal government has stepped in to help. Kathryn Wylde, chief executive of the pro-business New York City Partnership, told the New York Post what Biden and Congress provided the state in its latest coronavirus relief package was more than enough to fill the state’s budget gap.

Proponents, however, concede federal dollars will plug the current budget hole, but argue tax increases are necessary to fix ongoing problems the state has with generating revenue predating the pandemic.

Normally, this time of year is filled with negations between lawmakers and the governor, who has proposed his own taxes on the wealthy some say simply don’t go far enough. Existing laws give the governor a lot of power in these negotiations, but they are currently in a precarious state because Cuomo is facing calls to resign in the wake of multiple scandals ranging from sexual harassment to allegedly covering up nursing home deaths at the height of the pandemic.

Cuomo refuses to step down, and the Assembly has opened an impeachment investigation. Impeachment in New York is much different than what many witnessed — twice — at the federal level involving President Donald Trump. Here, once the Assembly votes to impeach, Cuomo is temporarily removed from office until his senate trial is concluded. Lt. Gov. Kathy Hochul would replace him during the trial, Rivera said, who would then take over any ongoing budget negotiations.

But whether Cuomo resigns or is removed, Rivera says his days are numbered.

“He’s going to hang on for as long as he possibly can,” the senator said. “But we are not going to allow him to remain in office. We’re going to push him out, because his presence is no longer necessary.