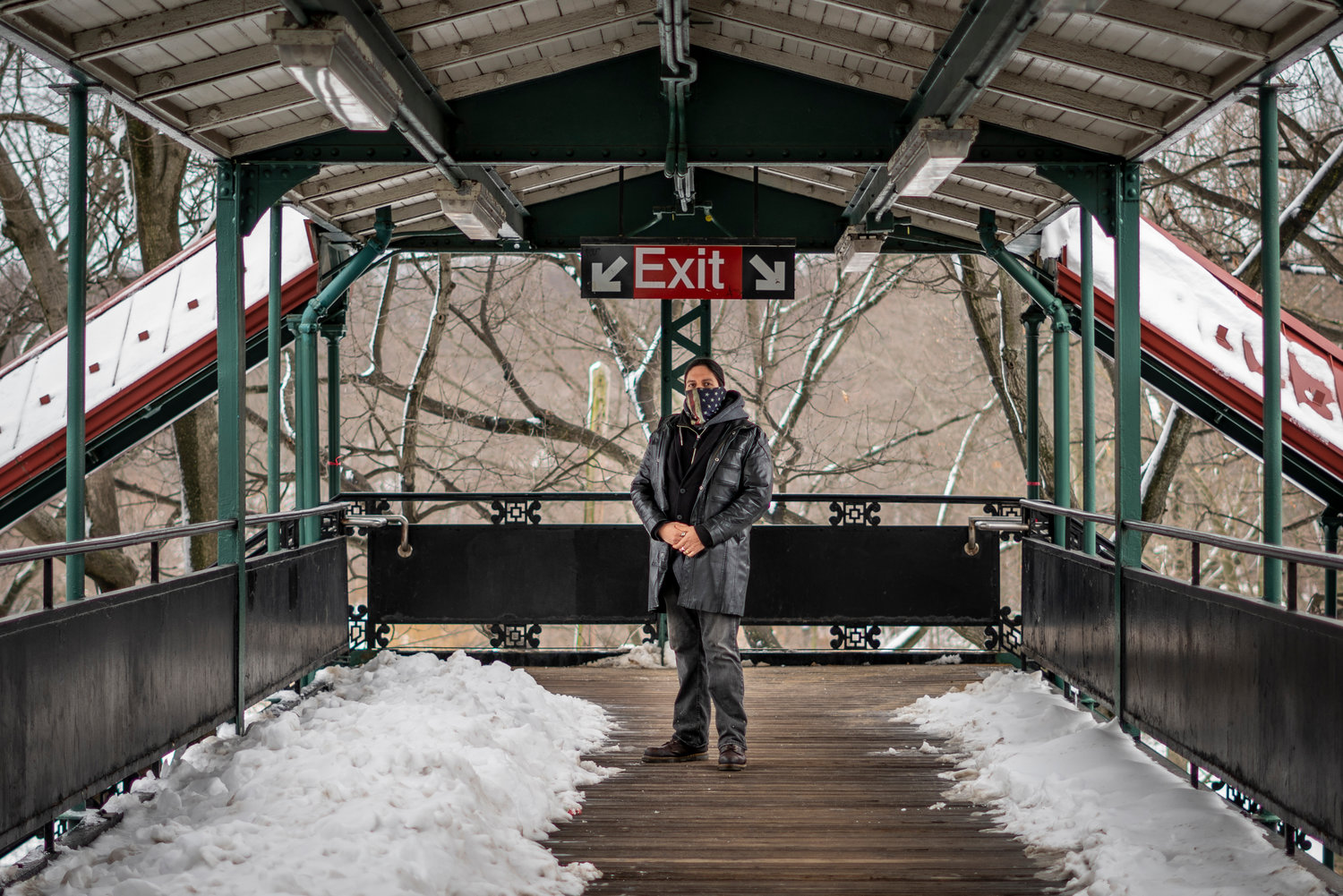 Before his Twitter account was suspended, Kevin Pazmino often retweeted figures considered by some to be right-wing extremists, like Georgia U.S. Rep. Marjorie Taylor Greene. Pazmino, the newest candidate to enter the city council special election race to replace Andrew Cohen, has faced harsh criticism from his competitors for what once populated his Twitter feed.
HIRAM ALEJANDRO DURÃN 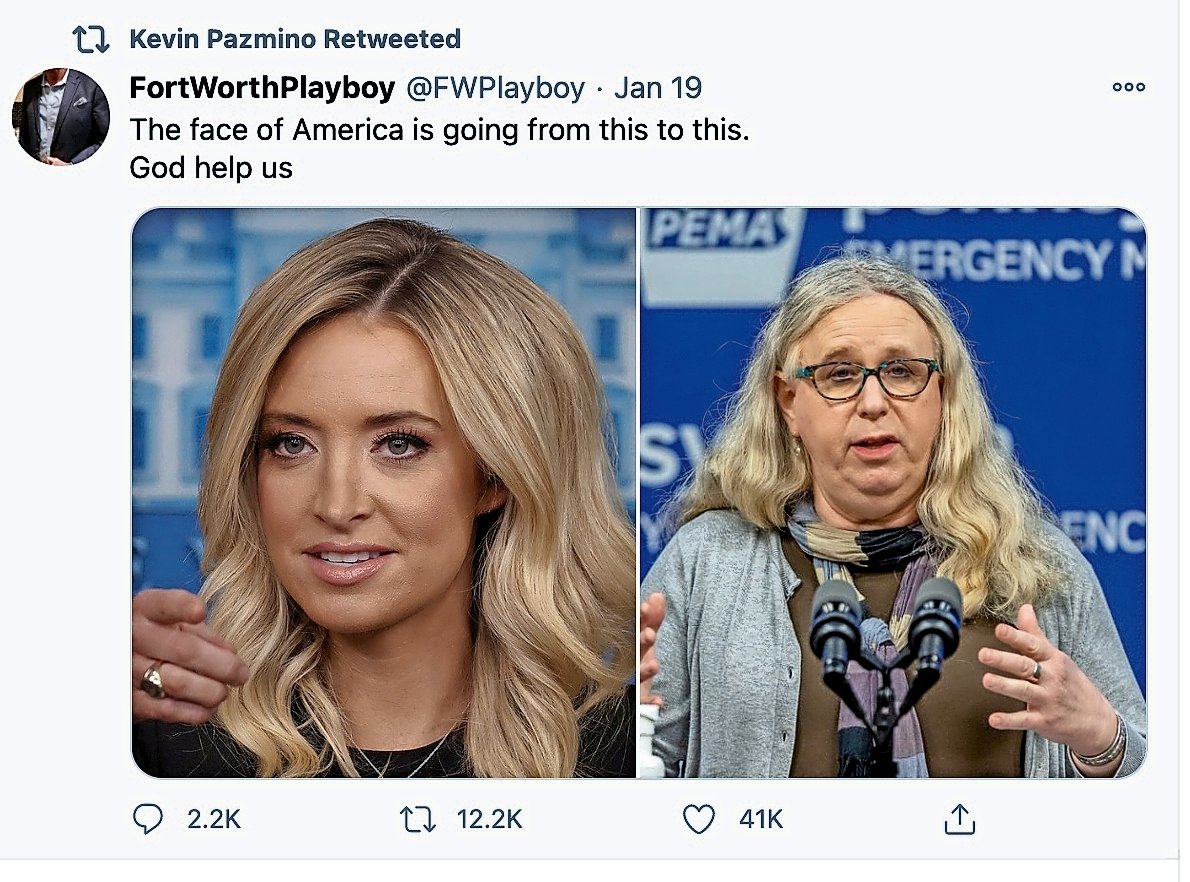 ‘I feel like there is no spotlight on that at all. And, if anything, it’s being shunned, and it’s just always like, ‘Oh, that’s right-wing.’ Label everything ‘right-wing,’ and then everybody will look away from it.’”
— Kevin Pazmino
By ETHAN STARK-MILLER

Up until the moment he was accused of inciting violence at the U.S. Capitol, Twitter was Donald Trump’s personal megaphone.

The former president used it for everything — riling up his base, targeting political enemies, and even for firing several executive branch employees.

That all changed after the Jan. 6 attack on Capitol Hill — an insurrection attempt law enforcement says was led by Trump supporters, and what many political leaders from both sides of the aisle say the president himself incited. Twitter finally suspended Trump’s account, silencing his digital voice to millions of followers.

Yet, Twitter is not completely out of the political conversation just yet — at least as far as the March 23 city council special election race is concerned.

One of the six candidates looking to fill Andrew Cohen’s final year, Kevin Pazmino, shared Trump’s love of the social media platform. And just like the former president, his account, too, was suspended by Twitter. Pazmino doesn’t know why he, too, was silenced — but those running against him in the council race say they do know.

It all comes down to what populated his feed, they said — mostly retweets of what many consider to be right-wing extremist figures and news sites trafficking in mostly debunked conspiracy theories.

These figures include U.S. Rep. Marjorie Taylor Greene of Georgia, the elected Republican most closely associated with QAnon — the conspiracy-based movement whose followers believe there’s a cabal of liberal elites secretly running a global child sex trafficking ring. They believe Trump worked behind the scenes to dismantle it.

Greene was a major QAnon supporter on social media, but has since backed away a few steps after being elected to Congress. Still, some of her social media posts continued to spread QAnon-related conspiracies.

Pazmino retweeted Greene, including a Feb. 1 post that “the Democrat mob and fake news media smear campaign launched against me is simply a continuation of Trump Derangement Syndrome. Here’s the truth, though, their derangement isn’t directed at Donald Trump or (me). It’s about their hatred for you, the American people.”

Early this month, all House Democrats — joined by 11 Republicans — stripped Greene of her congressional committee seats, citing past statements they say endorsed violence against her colleagues while spreading what they described as dangerous conspiracy theories. Specifically, Greene liked a Facebook post advocating the assassination of House Speaker Nancy Pelosi, and suggested that several school shootings and the Sept. 11 attacks were staged by the government.

Pazmino is a conservative and a Trump supporter, something he isn’t shy about. In fact, he’s running for city council on the Patriot Party line — a party Trump suggested he might start as an alternative to the Republican Party, although Pazmino said that’s more coincidental.

He joined the council race, he said, because he believes the country as a whole is trending toward socialism, and he hopes he can stop it at the local level.

Pazmino followed people on Twitter with a range of political views, he said, but his feed is more right-leaning because he feels those views don’t get enough exposure.

“I feel like there is no spotlight on that at all,” Pazmino said. “And, if anything, it’s being shunned and it’s just always like, ‘Oh, that’s right-wing.’ Label everything ‘right-wing,’ and then everybody will look away from it.”

His competitors strongly disagree, believing those views need less — not more — exposure. Shortly after Pazmino officially entered the race, Eric Dinowitz — an Assemblyman’s son and former teacher, issued a press statement denouncing Pazmino’s candidacy and the views he amplified on his Twitter feed.

“Donald Trump tried to revitalize his candidacy with the Patriot Party,” Dinowitz told The Riverdale Press. “And now I see someone in the community that I’ve spent my entire life (in) run on that same line with that same ideology that has done so much damage to my students, to trust in our institutions: Questioning the results of elections. I don’t think that the northwest Bronx should be represented by someone who subscribes to that ideology.”

Similarly, environmentalist Jessica Haller was shocked to learn a Trump supporter was running for city council — from her corner of the Bronx.

“I obviously denounce all the bigotry that he stands for,” Haller said of the former president. “The fearlessness that I talked about in my race is not that kind of fearlessness. It’s standing up to people like that.”

But Pazmino says these are just mischaracterizations because his tweets are not endorsements. Rather, they’re ideas he finds interesting that he wants to save for himself.

“As I’m reading and scrolling, I’ll retweet and like almost everything that’s on my page,” Pazmino said. “And sometimes it will just be like, ‘Oh, I want to read this article later on.’ So, I’ll just retweet it, so it’s on my thing and I don’t have to go searching for it.”

He also does this so the Twitter search algorithm can catch these tweets, he added, and more people can discuss and debate them.

Real estate attorney Dan Padernacht, another candidate in the race, doesn’t think this explanation holds up.

“Candidates are aware that their tweets and re-tweets are public expressions of their opinions,” Padernacht said.

Additionally, Pazmino said, as a freelance filmmaker he likes and retweets these right-wing extremist figures for research purposes — as ideas for scripts he might write. Just like the show “Law & Order” uses real crimes reported in newspapers as a basis for episodes, Pazmino uses social media as inspiration for his own stories.

“If you’re a filmmaker, and that’s how you memorialize (things), then you (need to) get a better way to memorialize things,” she said.

When it comes to QAnon, Pazmino said he’s familiar with it and thinks it’s “pretty interesting” — especially parts of the theory that’ve been endorsed by Fox News host Sean Hannity and other right-wing media figures. However, Pazmino added he doesn’t believe in theories unless they’re actually proven.

Pazmino does believe there was massive voter fraud supporting Joe Biden’s 2020 election win, although he offered no evidence to support that claim. Mainstream news outlets didn’t cover public statements from those who said they witnessed voter fraud in swing states, Pazmino said, and he added his belief that many of Trump’s court cases were dismissed without looking at the evidence.

Although Pazmino’s views and candidacy are concerning, Haller said she’s confident that he’s not going to get very far in the special election race.

“I don’t think the Patriot Party has a foothold in the Bronx in enough of any way to be anything more than background noise for us.”