No last-minute reprieve for Buunni Coffee

Owners had hoped for more rent reduction, but landlord said no, thank you 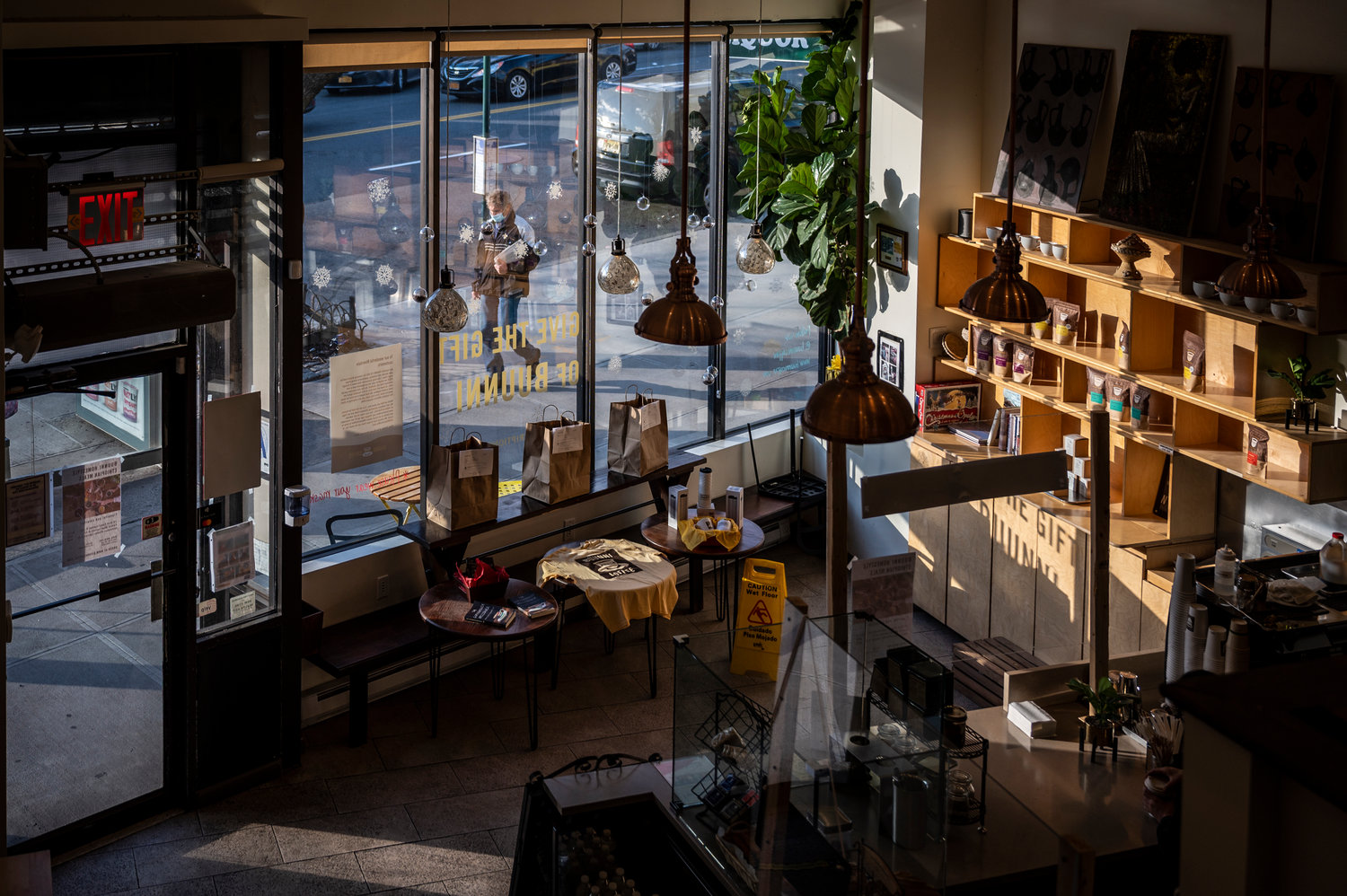 The coronavirus pandemic has left what was once crowded tables at Buunni Coffee empty. And now, the Riverdale Avenue storefront is dark after Buunni’s owners couldn’t reach an agreement with a landlord to operate on reduced rent for the next several months.
HIRAM ALEJANDRO DURÁN 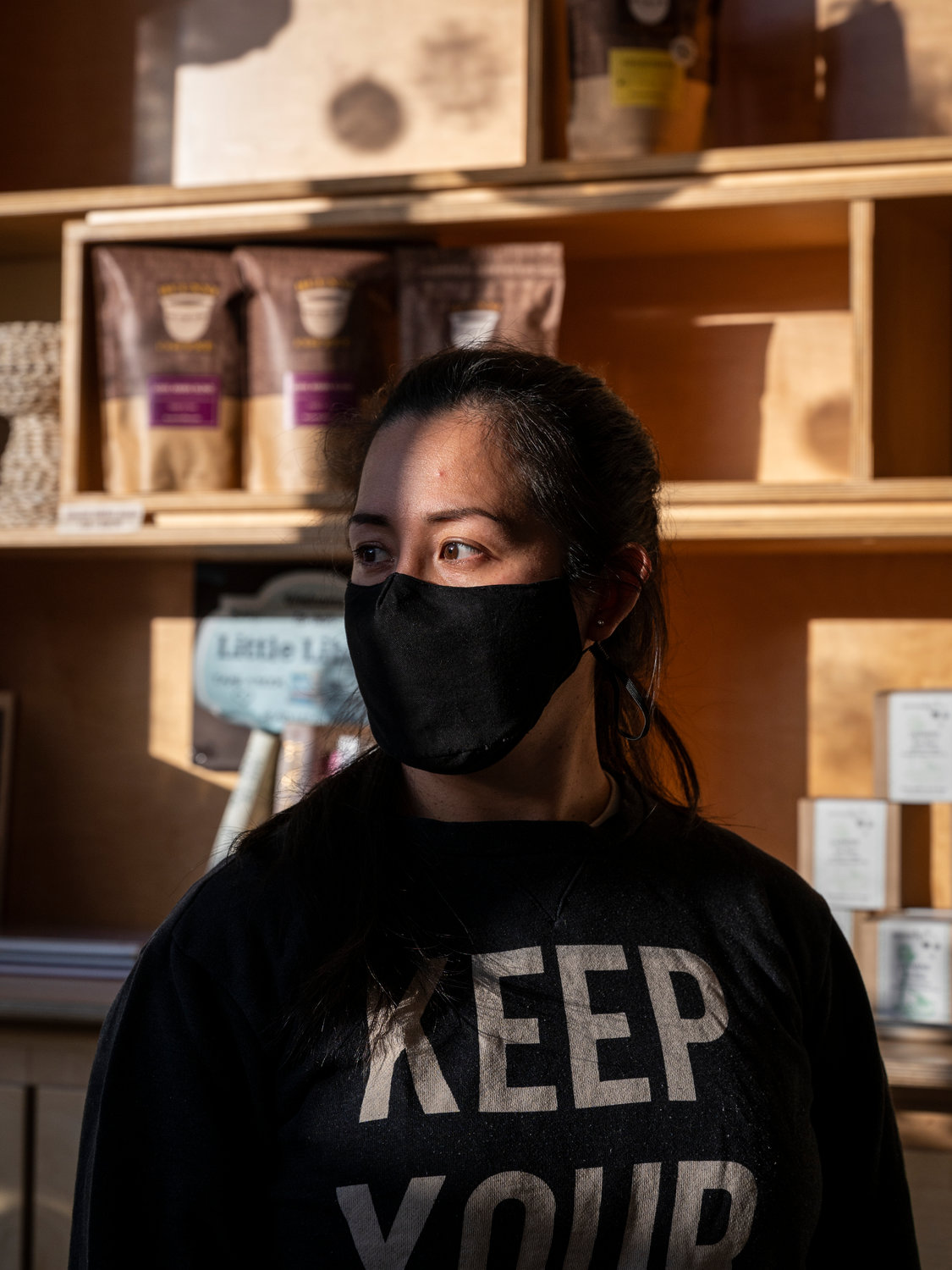 Maribel Acosta was a familiar face for many visiting Buunni Coffee on Riverdale Avenue — even behind the face mask. Even though her store is closing, Buunni co-owner Sarina Prabasi says she’ll find room for Acosta and other employees at Buunni’s three remaining locations.
HIRAM ALEJANDRO DURÃN 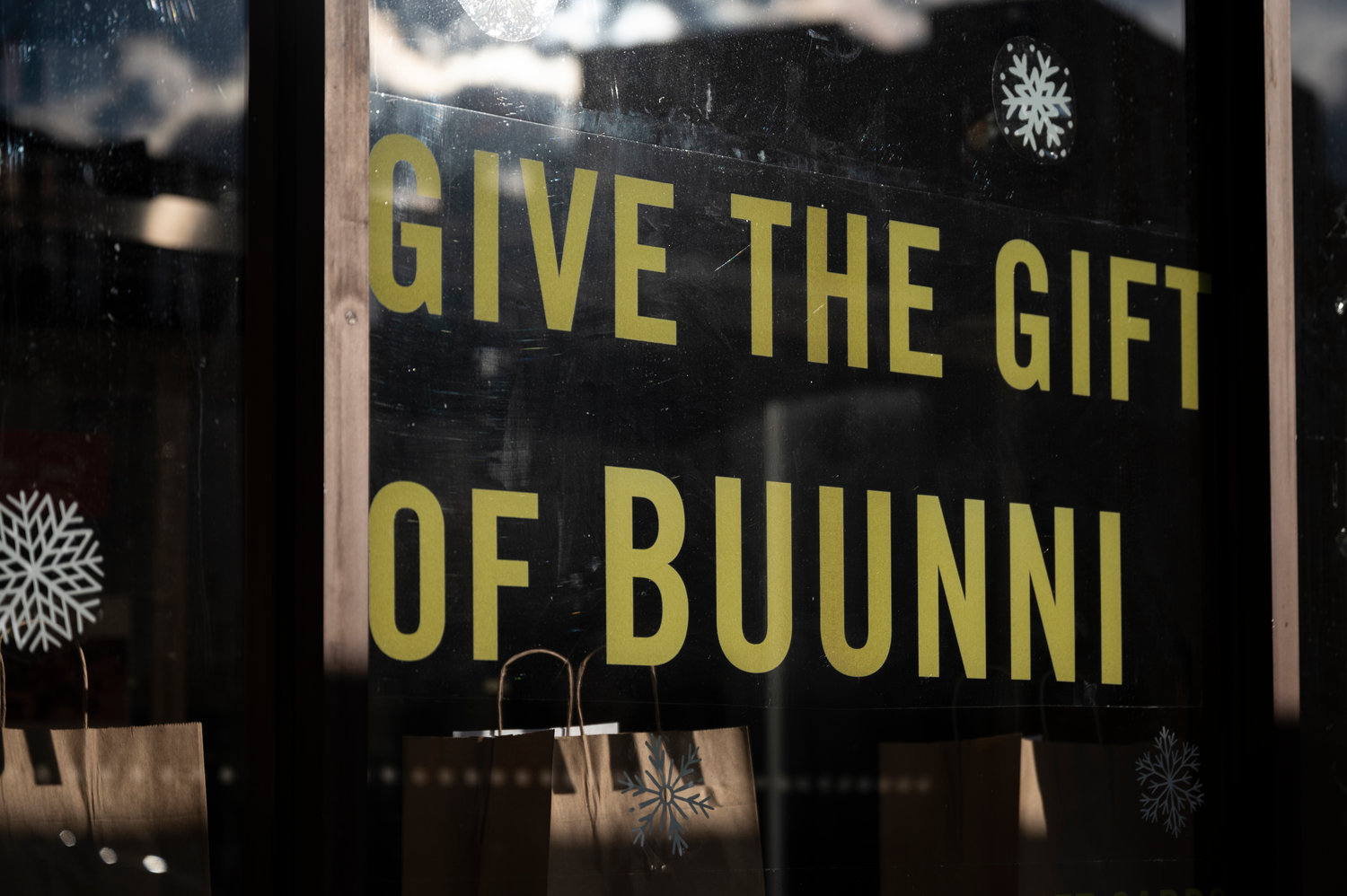 The Riverdale Avenue location was Buunni Coffee’s second after its original Washington Heights location. It opened after months of renovation and city red tape in 2018, but now appears to be closed forever in the wake of the coronavirus pandemic.
HIRAM ALEJANDRO DURÃN
Previous Next
By MICHAEL HINMAN

Barbara Nahmias was thirsty for a coffee shop her neighborhood could call its own.

She would walk by the papered windows of 3702 Riverdale Ave., waiting for some sign of life. The newspaper told her this would soon be the site of a Buunni Coffee location — and the sign above the large display windows confirmed it.

But as the days turned to weeks, the weeks turned to months, Nahmias was afraid it may never happen.

“I was waiting, waiting, waiting, until they came to Riverdale, because I had gotten to them in Washington Heights,” Nahmias said. “I think they had just one other location at the time, and I just felt like Riverdale really needed another coffee shop with excellent coffee and a place where community could get together.”

Finally, in Spring 2018, Elias Gurmu and Sarina Prabasi officially opened the doors to their second Buunni location. Sales were brisk, and the two-story gathering area became a hotspot for kids after school, activist groups trying to make a difference, and even politicians getting to know voters for the first time.

Prabasi even opened two more locations — at the George Washington Bridge Terminal and in Inwood. As the calendar flipped to 2020, life couldn’t be better for the growing coffee shop chain. That is, until the coronavirus invaded.

Last Saturday, with every last option exhausted, Prabasi stood in front of their proud Riverdale Avenue coffee shop to share the bad news: The doors were closing for good.

“Many of you have asked us, ‘What’s next?’” Prabasi told the small crowd that gathered in front of Buunni on that chilly day. “We don’t know, honestly.”

Like many retail outlets, Buunni was hit hard when the state shut down nearly all businesses that rely on people sitting down and socializing indoors. Many customers would come and pick up their favorite coffee — even sample some of the Ethiopian food Buunni began to offer on select days — but sales were suffering, and paying the rent was just impossible.

Luckily, Prabasi and Gurmu struck a deal with Pioneer Management to reduce their rent. They knew it was only temporary. They had just hoped Pioneer would be like Buunni’s other landlords in Manhattan and ensuring they could continue with that rent until society ended up on the right side of the pandemic.

After a phone call from a Riverdale Press reporter, it almost seemed like Buunni may get that last-minute reprieve. But it never came, and as of now, 3702 Riverdale Ave., is dark.

Prabasi still hopes there could be some way to return to the space in the future, especially after she and Gurmu spent a considerable amount of money renovating the storefront. Even if the Riverdale location ultimately joins the more than 240,000 other businesses that won’t survive the pandemic, Prabasi is not afraid to push legislation that could help business owners like her even the playing field with commercial landlords in the future.

One such bill, which she touted in a recent Point of View column in The Press, is S.83, the commercial vacancy tax bill sponsored by state Sen. Brad Hoylman, intended to tax empty street-level commercial and retail property.

“It will help by creating an incentive for landlords to meet the market and lease to interested prospective tenants instead of holding out for artificially high rents that only a few sectors and national chains are able to pay,” Prabasi wrote. “The bill proposes a tax on landlords who leave their street-level storefronts vacant for more than six months. It will encourage dynamism in neighborhoods, and a diverse array of services that residents need and want.”

Prabasi also is pushing legislation a lot closer to home, like one being pushed by Brooklyn councilman Brad Lander, who showed up to Saturday’s rally to support Buunni.

Lander believes the best approach to convince landlords small businesses are the best tenants is to offer a 10-year property tax credit to any who provide affordable, non-predatory leases to mom-and-pops.

“Even before this (pandemic), our small businesses were facing a crisis of unstable rent and massive rent escalations that make it impossible for them to survive in our neighborhoods,” Lander said. “So, offer a 10-year lease of affordable rent, settle past arrears, and then New York City — through our property taxes — would give you a property tax credit over the next 10 years, so that the burden is more fairly shared.”

The weekend rally was put together by someone who would like to join Lander on the city council, Mino Lora. The nonprofit arts leader is asking voters to move her into the seat formerly held by Andrew Cohen in a March 23 election. But first, she wanted to do anything she could to save her friend’s business.

“It’s an emotional moment when a small business that is immigrant-owned, that is family-owned, that is owned by a team of a husband and a wife — that hits close to home for me,” Lora said, addressing the weekend crowd in both English and Spanish. “We must take action. And we are taking action, Bronx, because this is our Bronx, and look at us all here right now doing it.”

When it’s all said and done, while Buunni is certainly a business, Prabasi looks at the shop as a place that is a neighborhood gathering place. That can make a difference. That plays a major role in making a community special.

“In the end, it’s you and us that made this,” Prabasi said. “It’s not about the building. It’s about what we made together. And we will continue to move together as a community.”