No payoff for women Jaspers team 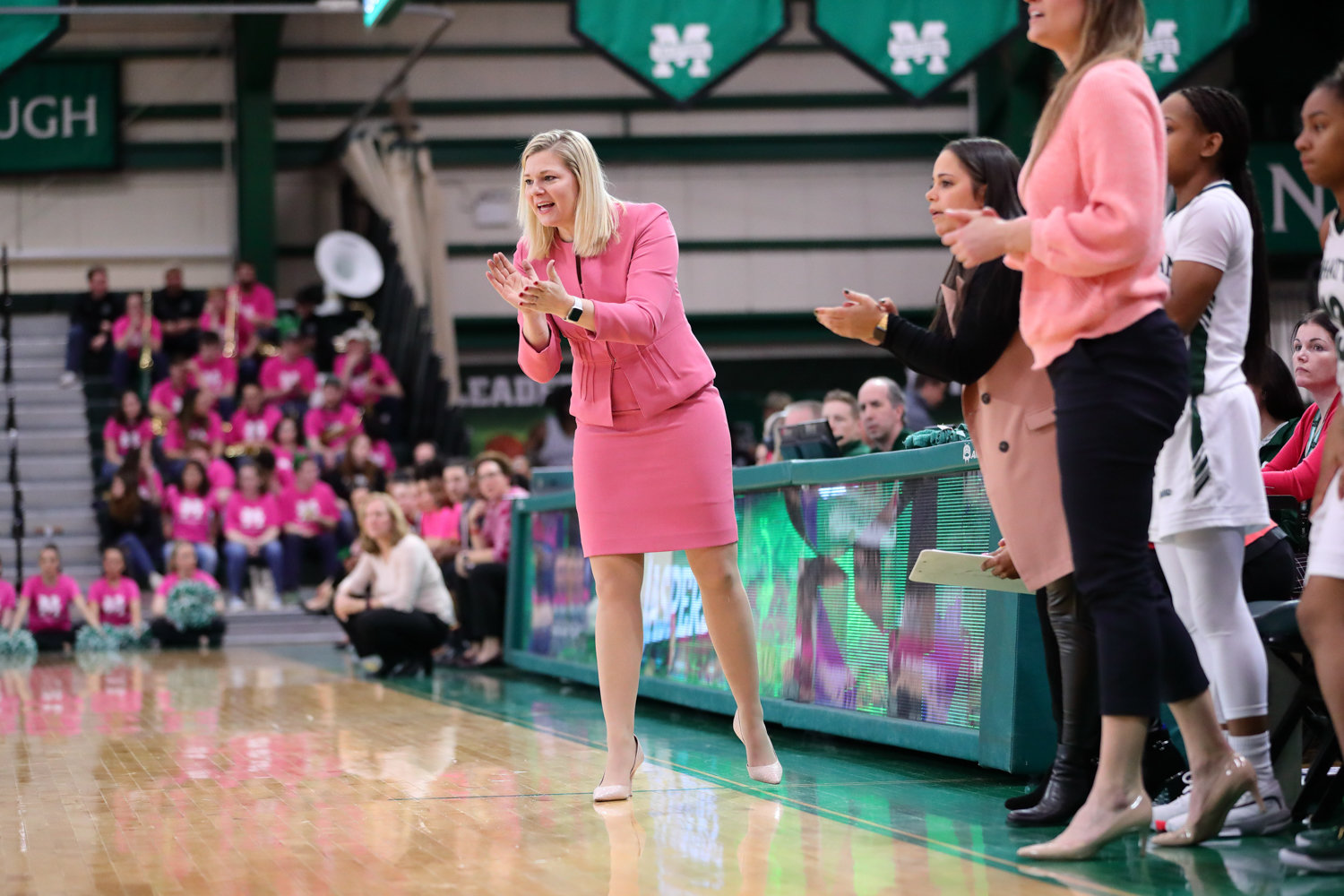 Manhattan head coach Heather Vulin never got to coach in the MAAC tournament last week as she had hoped to do after the coronavirus pandemic shuttered the Atlantic City tourney prior to the Jaspers’ first scheduled game.
Courtesy of Manhattan College 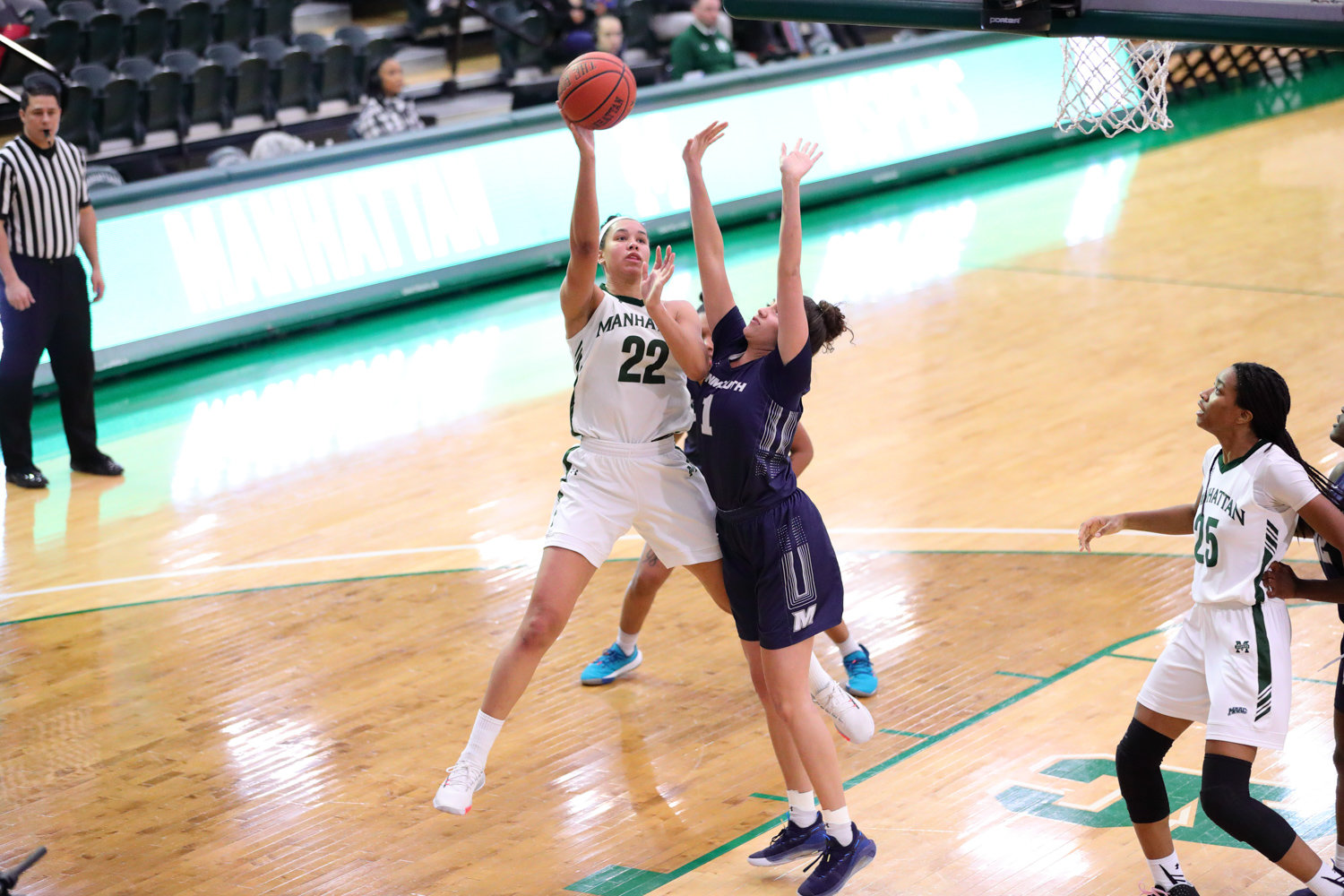 Manhattan junior Courtney Warley was second on the team in scoring (11.6 points a game) and tops in rebounding (8.8 boards per outing) for the Jaspers this season. But she was unable to add to her impressive stats last week when the MAAC tournament was shuttered due to the coronavirus pandemic.
Courtesy of Manhattan College
Previous Next
By PETE JANNY

The coronavirus pandemic has affected all levels of sports. And even though the MAAC tournament tried to slip through one last tournament in Atlantic City, it just wasn’t fast enough. And before the Manhattan College women’s basketball team could even take the court, their postseason was over.

The Jaspers arrived in Atlantic City early last week, a couple days before a quarterfinals matchup with the Quinnipiac Bobcats in the Metro Atlantic Athletic Conference tournament. But on Thursday afternoon, just minutes before their scheduled 2:30 p.m., tip-off, Jaspers’ head coach Heather Vulin got the news she feared would make its way to her bench: MAAC officials had pulled the plug on the tournament.

“I’ll be honest, as soon as I saw the NBA suspended their season (on March 11), I just felt we weren’t going to play the next day,” Vulin said. “It was extra hard because (we) and Quinnipiac were the only teams to not be able to play a game. But I completely support the decision.”

Around 10 last Wednesday night, MAAC commissioner Rich Ensor originally made the decision to limit participation only to players, coaches and event staff, as well as media, and immediate family members of the participating teams.

Tournament after tournament around the country was being shut down, and by 2 Thursday afternoon, the MAAC followed suit.

“Other conferences had been closing early after the Ivy League, and we had the idea in the back of our minds that that might happen to us,” Manhattan senior Pamela Miceus said. “We arrived at our game a bit early. We were watching the game before ours (and) there was uncertainty because other conferences were closing. Our coach didn’t want us finding out during warm-ups or during the middle of play, so she held onto us (in the locker room) a bit before the game.”

The decision to shut down the MAAC tournament cost the Jaspers a chance at winning their first tournament title since 2003. Vulin had started seeing the fruits of all the hard work and preparation her team had done once the middle of February rolled around as the Jaspers won six-of-seven to close out the season on their way to securing the fourth seed in Atlantic City.

“We went from being an average rebounding team to one of the best rebounding teams over these last seven games,” Vulin said. “Our field goal percentage shot up. We did a great job limiting people in scoring. This was such a special group because they completely care about each other.”

“Having Emily recognized was a special moment,” Vulin said. “We all love her and are incredibly proud of her. She’s a really bright and dynamic young lady who’s also really good at basketball.”

The program will now bid farewell to four seniors, three of which — Miceus, Julie Hoier and Tuuli Menna — played notable roles. From walk-on as a sophomore to starter her senior year, Miceus is proud of how far she has come.

“Being a walk-on, I came onto the team only looking to help,” Miceus said. “That was my only goal. (But) I was just glad to get a chance to participate. I was able to learn day in and day out, even though I wasn’t playing. Every year for our underclassmen it’s all about growth. So I’m glad that they treated me as a player and not just a walk-on.”

Miceus ended her career in a three-way tie for 10th place on Manhattan’s all-time blocks list with 71 career rejections.

Vulin is excited about the future potential her team, but she realizes it just wasn’t meant to be this year.

But her heart breaks for those who were denied a chance to prove themselves in the postseason.

“My seniors were so locked in, so just for them not to have their last opportunity made it really hard,” Vulin said. “We were in our own little bubble. Down in AC, which I think will be a fantastic venue moving forward, there was no one there. I felt like we were already in quarantine.”