Not even curfew could protect jewelry shop 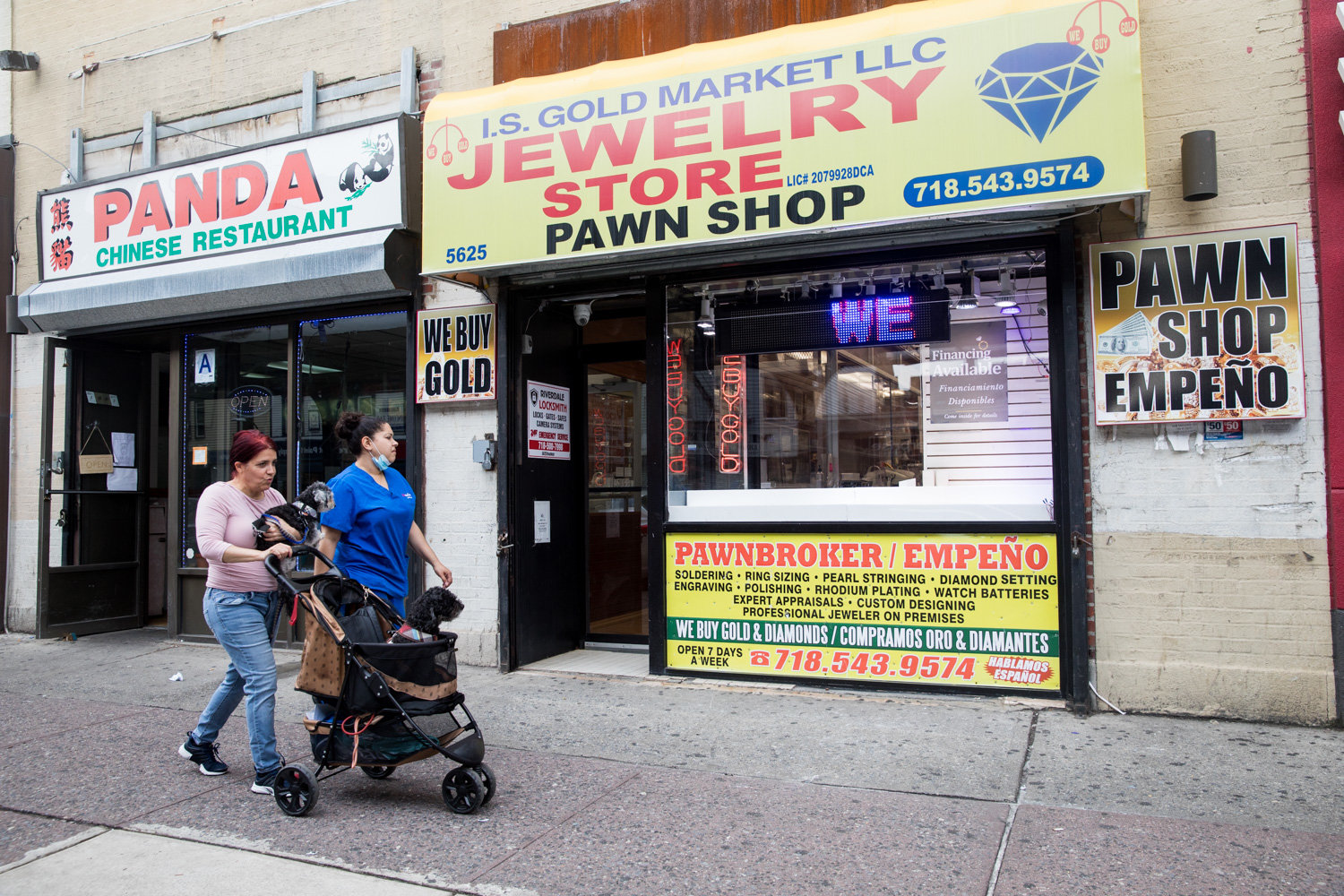 Gold Market Jewelry Store at 5625 Broadway was attacked last week hours after a citywide curfew was enacted. Nearly $100,000 worth of gold was taken, according to its owner.
JULIUS CONSTANTINE MOTAL 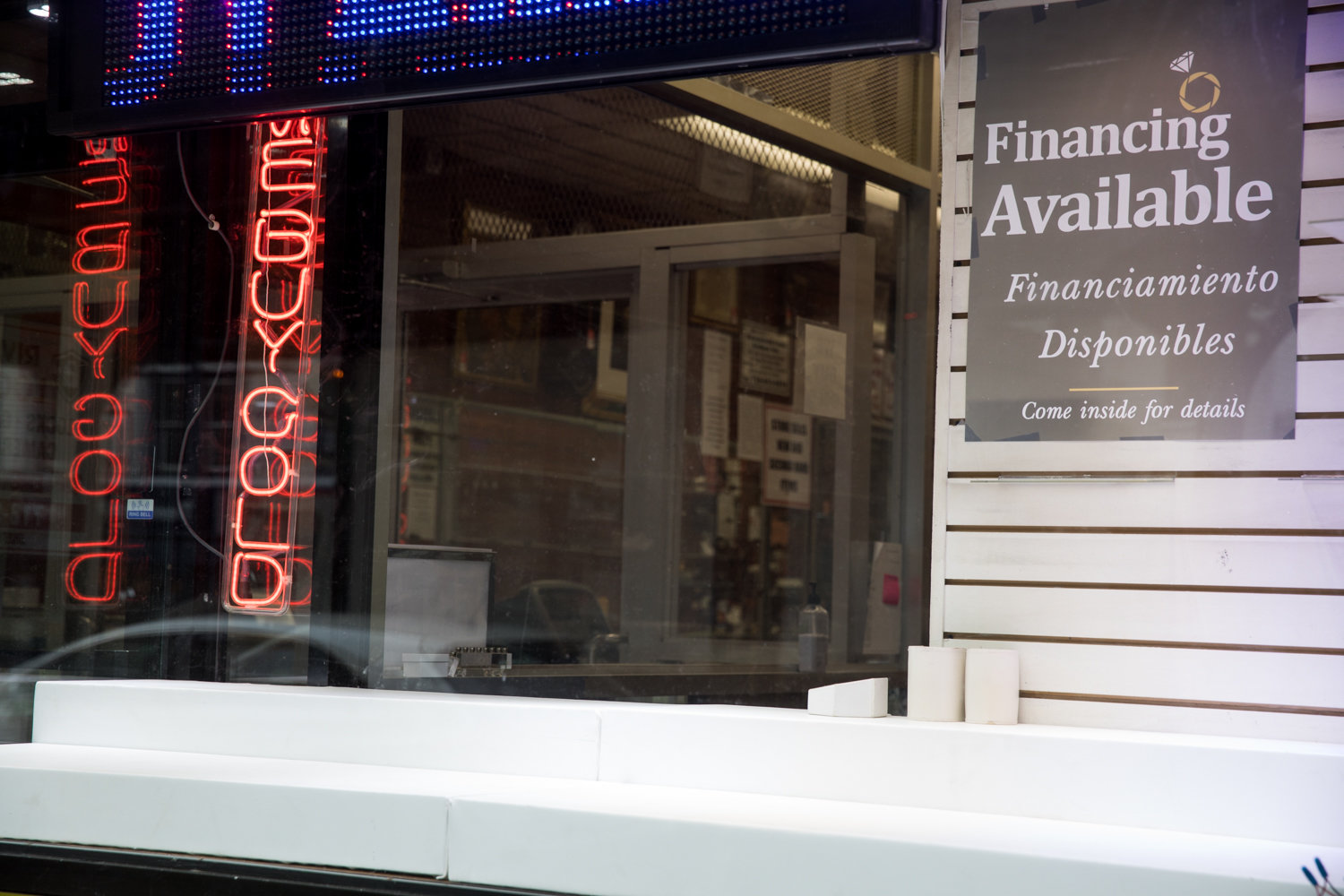 The front display of Gold Market Jewelry Store at 5625 Broadway remains empty after the store was attacked only hours after a citywide curfew was enacted last week. Its owner says nearly $100,000 worth of gold was taken.
JULIUS CONSTANTINE MOTAL 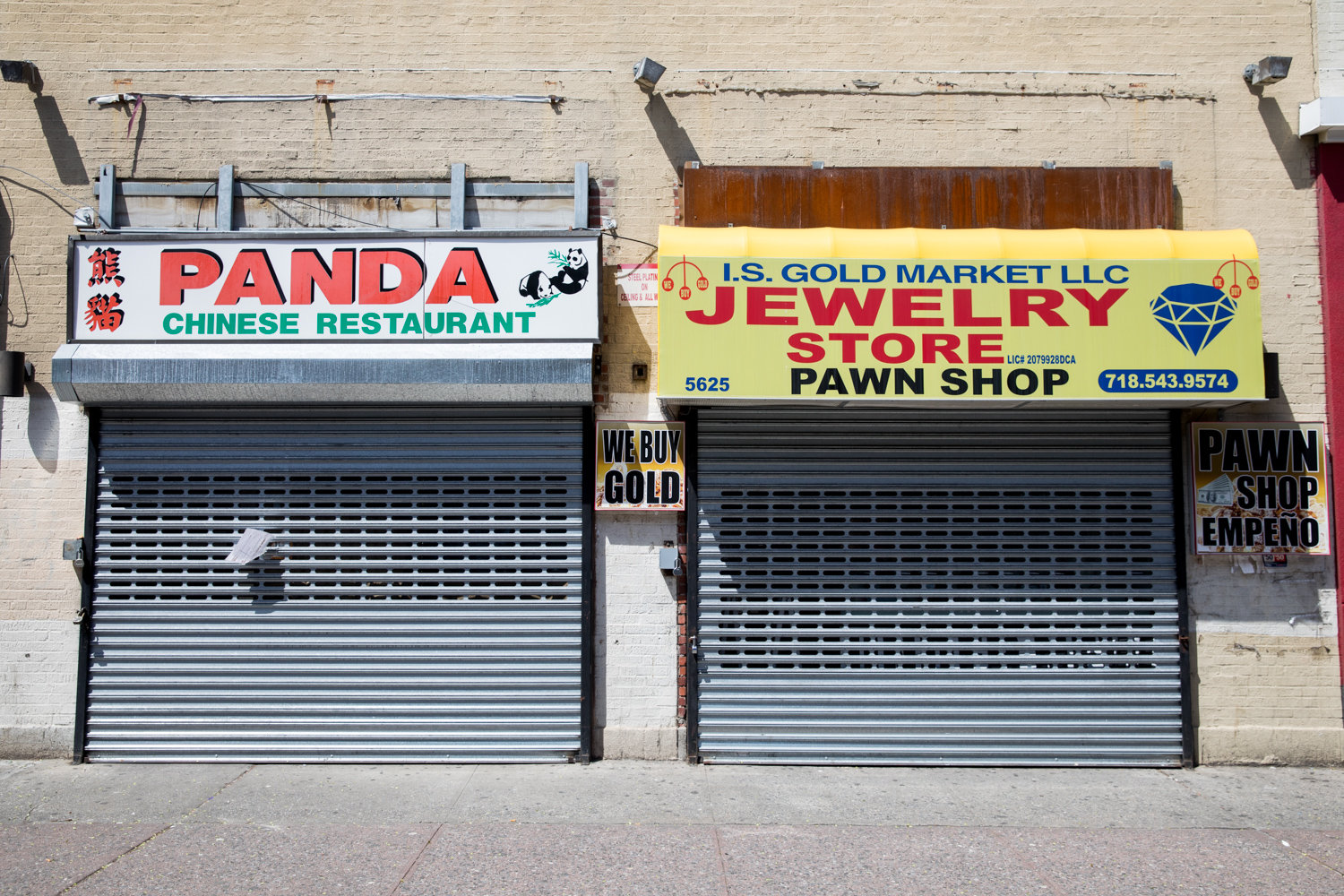 For a time, Gold Market Jewelry Store at 5625 Broadway was closed as the coronavirus pandemic raged. But not long after it reopened, the store was attacked last week, just hours after a citywide curfew was enacted. Nearly $100,000 worth of gold was taken, according to the store’s owner.
JULIUS CONSTANTINE MOTAL / File
Previous Next
By CHEYENNE R. UBIERA

Sergey Musheyev got the phone call no business owner ever wanted to receive.

Last week, many businesses across the city feared some of the rioting and looting that appeared to accompany what were otherwise peaceful protests in Brooklyn, Manhattan and even Mott Haven, would land on their doorstep. The Broadway stretch of businesses in Kingsbridge was no exception. And that’s exactly where Musheyev keeps his Gold Market Jewelry Store.

The voice on the other end had bad news for Musheyev — his 5625 Broadway store had been vandalized, and not even Mayor Bill de Blasio’s curfew that night could protect it.

Musheyev and his employees later found the store’s front windows and doors shattered, with a half-dozen charms thrown onto the street. Inside, four showcases were destroyed, leaving broken glass everywhere. Musheyev estimates the assailants made off with nearly $100,000 worth of gold.

Musheyev’s store was deemed “essential” during the statewide coronavirus lockdown, allowing him to work despite the state’s stay-at-home order. However, with people afraid to leave home, Musheyev’s Broadway shop wasn’t getting a lot of business, meaning he was closed more often than he was open.

Now, even as the rest of the city finally starts to reopen, Musheyev wonders when he might.

“It’s not about when I’m going to reopen,” Musheyev said. “It’s about when the riots are going to stop.”

Protests sprung up all over the city in the wake of the May 25 police-involved death of George Floyd in Minneapolis. Many have been peaceful, yet some have come with rioting and looting.

Musheyev called police, who came by the store right away. But no investigators have returned to get a description of the stolen items, nor has he been called to the 50th Precinct. He fears whoever stole his gold might start selling it somewhere else.

“I’m amazed. They know what happened,” Musheyev said of local police officers. “They’re probably busy with everything that’s going on.”

When Yazzy Lee learned of the attack, she came down to the store to lend a helping hand.

There wasn’t anyone in the streets, said Lee, a lifelong Riverdale resident who works at Musheyev’s store. There were rumors of protests happening in the area around the time of the attack, but none happened, frustrating Lee even more.

Lee feels some took advantage of the unrest by participating in what she described as “crimes of opportunity,” inadvertently shielded by the protests themselves.

“It’s not fighting for the cause,” Lee said. “This is just destroying someone’s livelihood. For what?”

Because of COVID-19, Lee hasn’t been able to work since early March. Now with the store vandalized, it might be a little while longer before she can fully return to her job.

She’s not letting that discourage her, however, offering to help her boss in whatever way she can.

Gold Market wasn’t the only place attacked that night. The T-Mobile store on West 237th Street had its front windows smashed as well. The interior also was vandalized according to manager Johan Mercado. No merchandise was stolen, and it’s unclear if the two incidents are related.

After the attacks, other Broadway business owners boarded up their stores as a precaution. It was the best advice being given at the moment since the 50th Precinct had yet to make an official statement.

Katherine Broihier, the executive director of the Kingsbridge Business Improvement District, says that business owners have been frantically asking what they should do. Many decided to close their stores earlier than usual.

It’s hard to get a firm answer from anyone, said Broihier. In fact, just getting through to the precinct is proving to be difficult.

Communication has been key in keeping nerves down. Broihier has done her best to keep in contact with merchants and stay updated on how they’re doing. Before the protests began, she and her team kept owners informed on loan programs to help businesses stay afloat during the pandemic.

Now that they’re starting to open back up again, it feels as if a whole new can of worms has been opened.

As the number of boarded-up storefronts and blacked-out windows increases, Broihier’s own anxieties begin to set in as she thinks of the future. These feelings, she said, are not like the ones she had over the virus.

“I’m worried that some people won’t reopen again,” Broihier said. “We might have a lot of empty stores.”

Broihier says she understands why there is anger in terms of protest, but can’t agree with people destroying property in their own neighborhoods. Especially when it’s small, family-owned businesses being hurt.

“Protests are nothing new and there have always been looters,” Broihier said. “But I yearn for more peaceful demonstrations.”