Not even rain can scare off RiverFest crowd 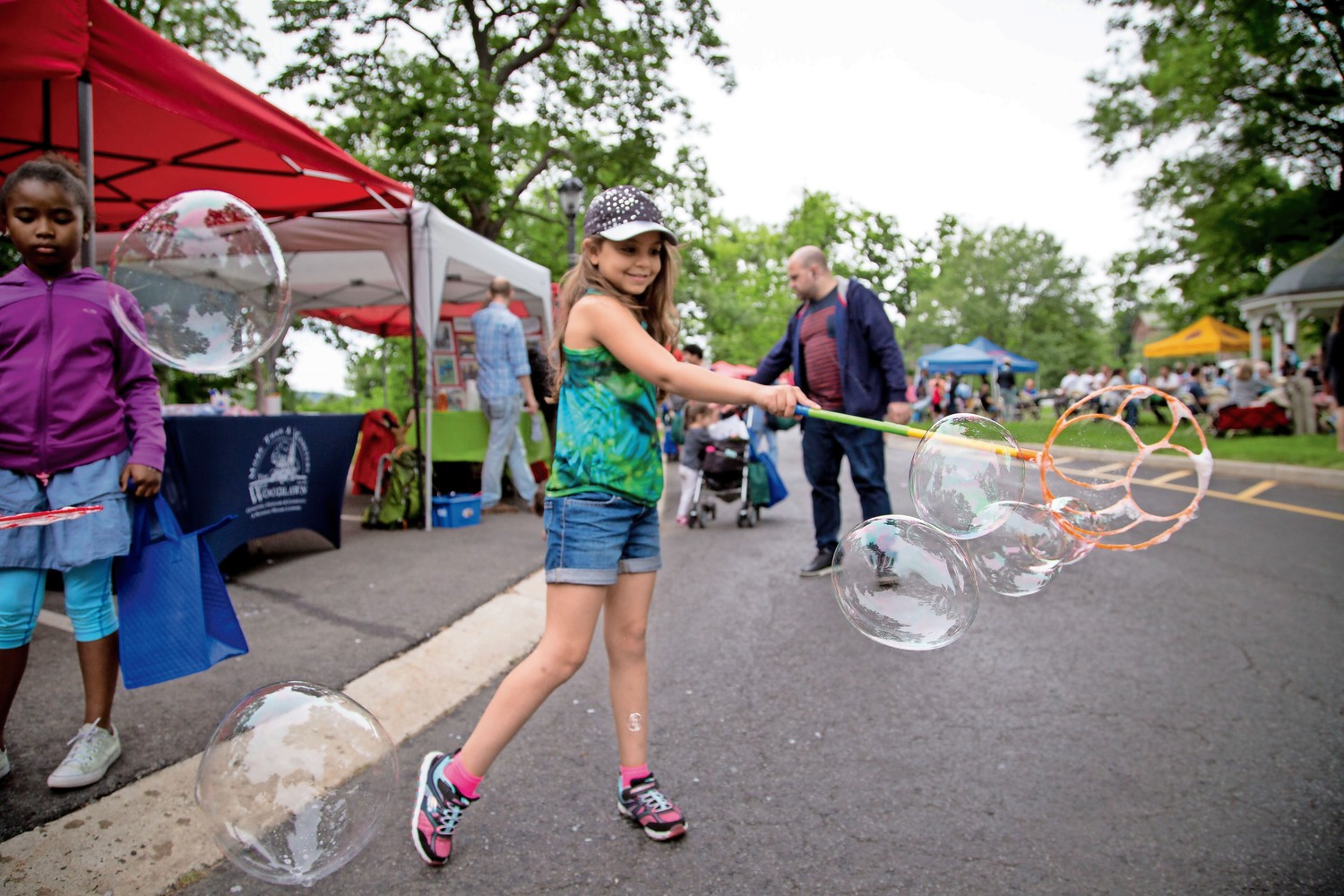 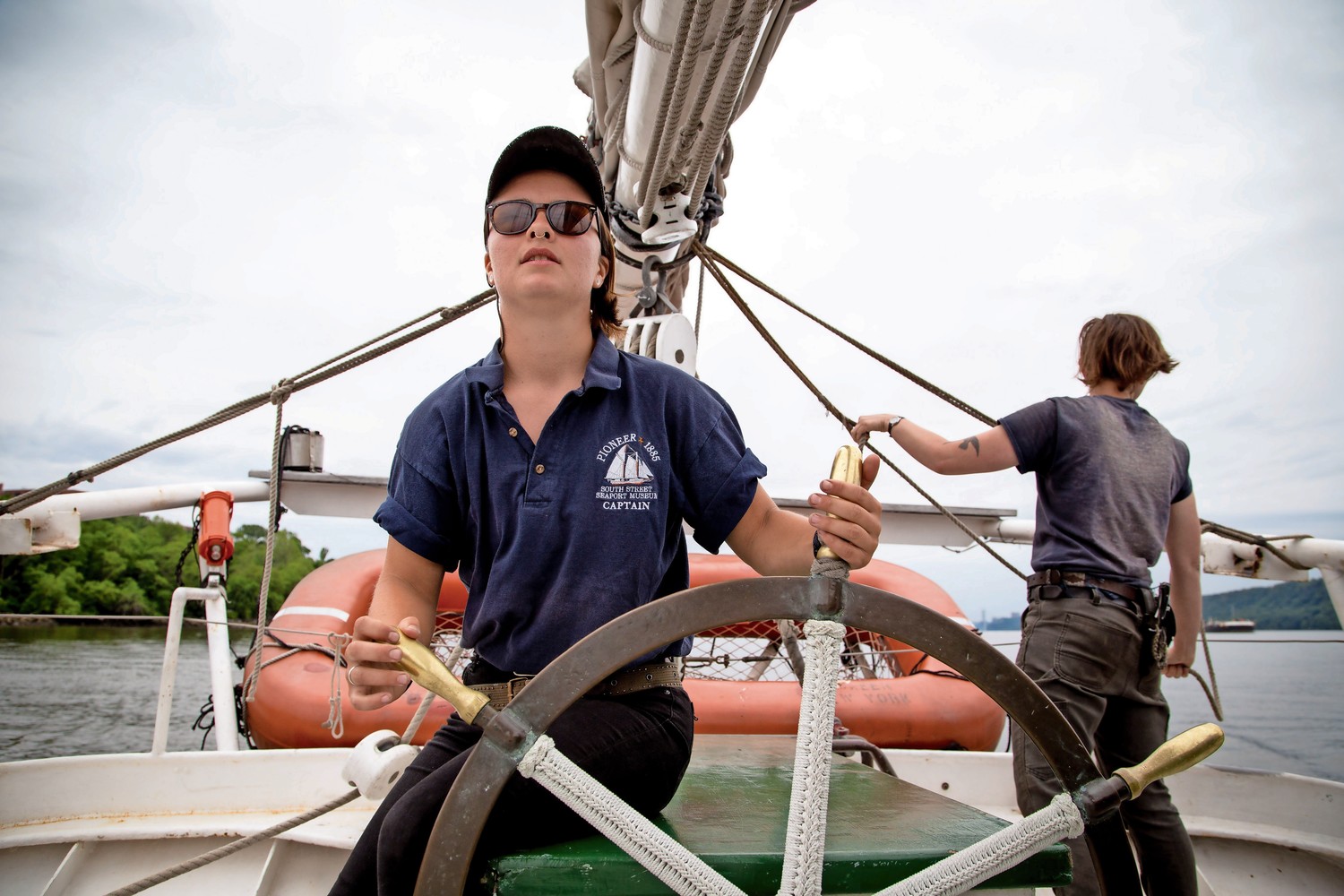 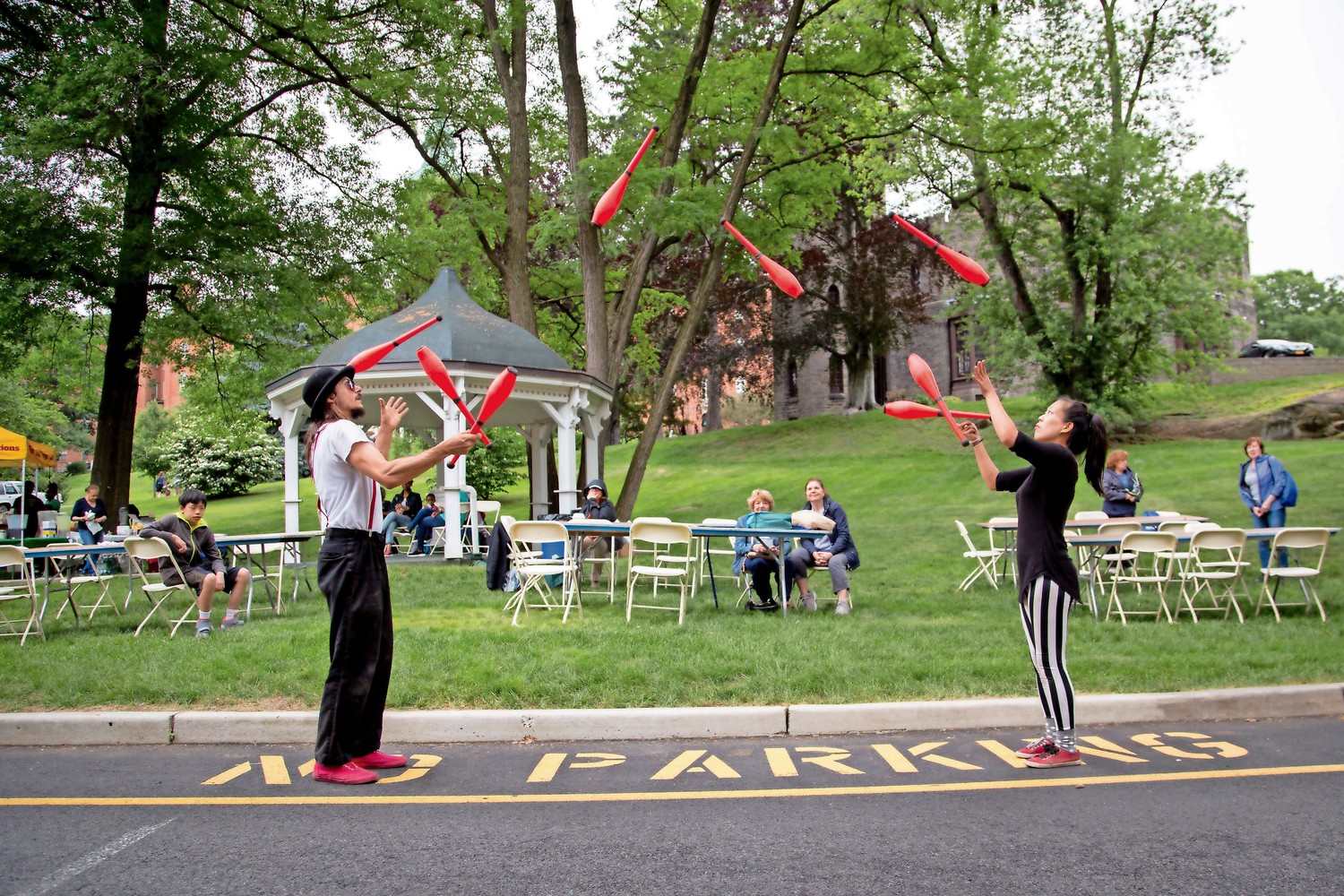 Jugglers throw pins back and forth to one another without dropping any at RiverFestBX.
EIAN KANTOR/Photos 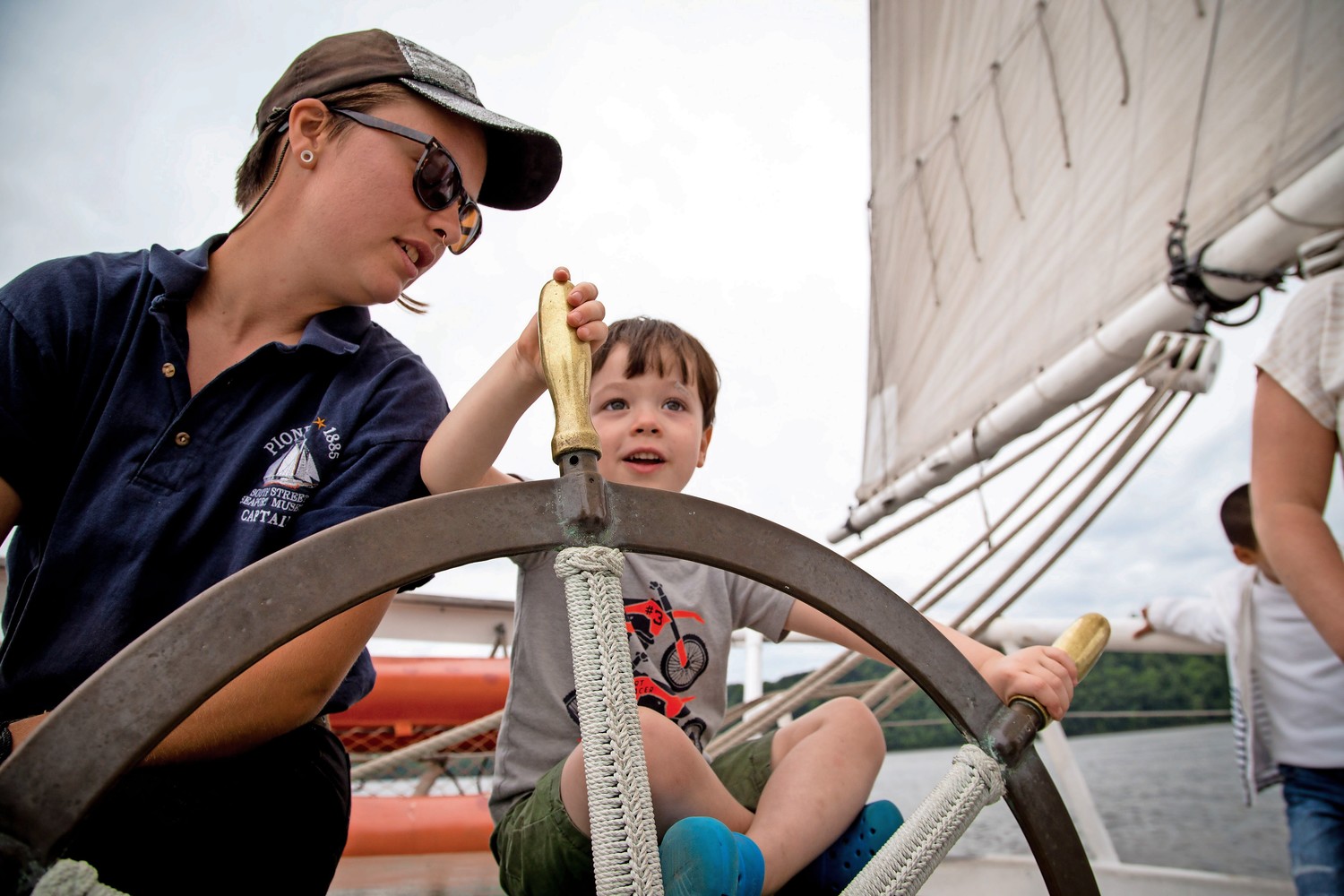 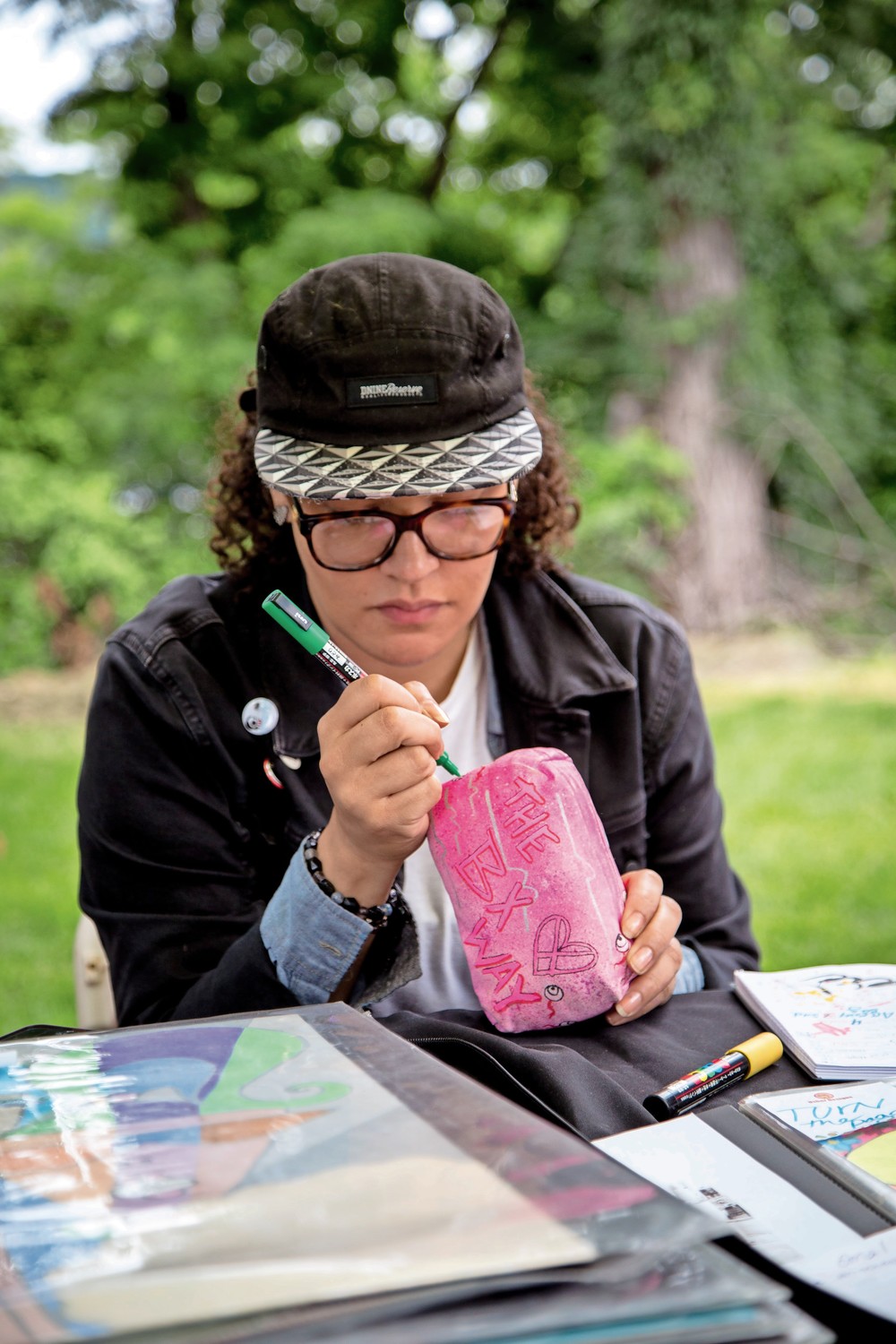 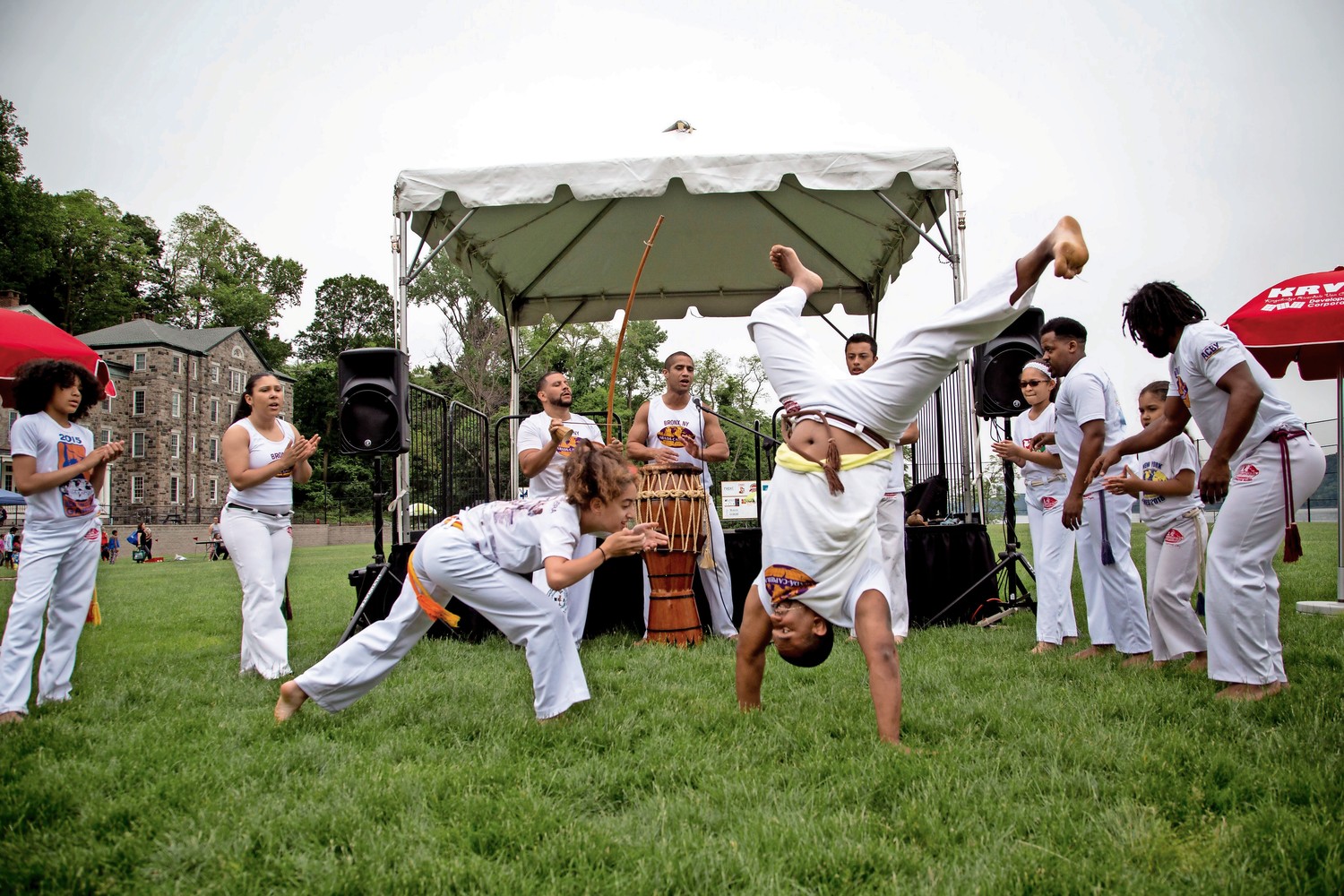 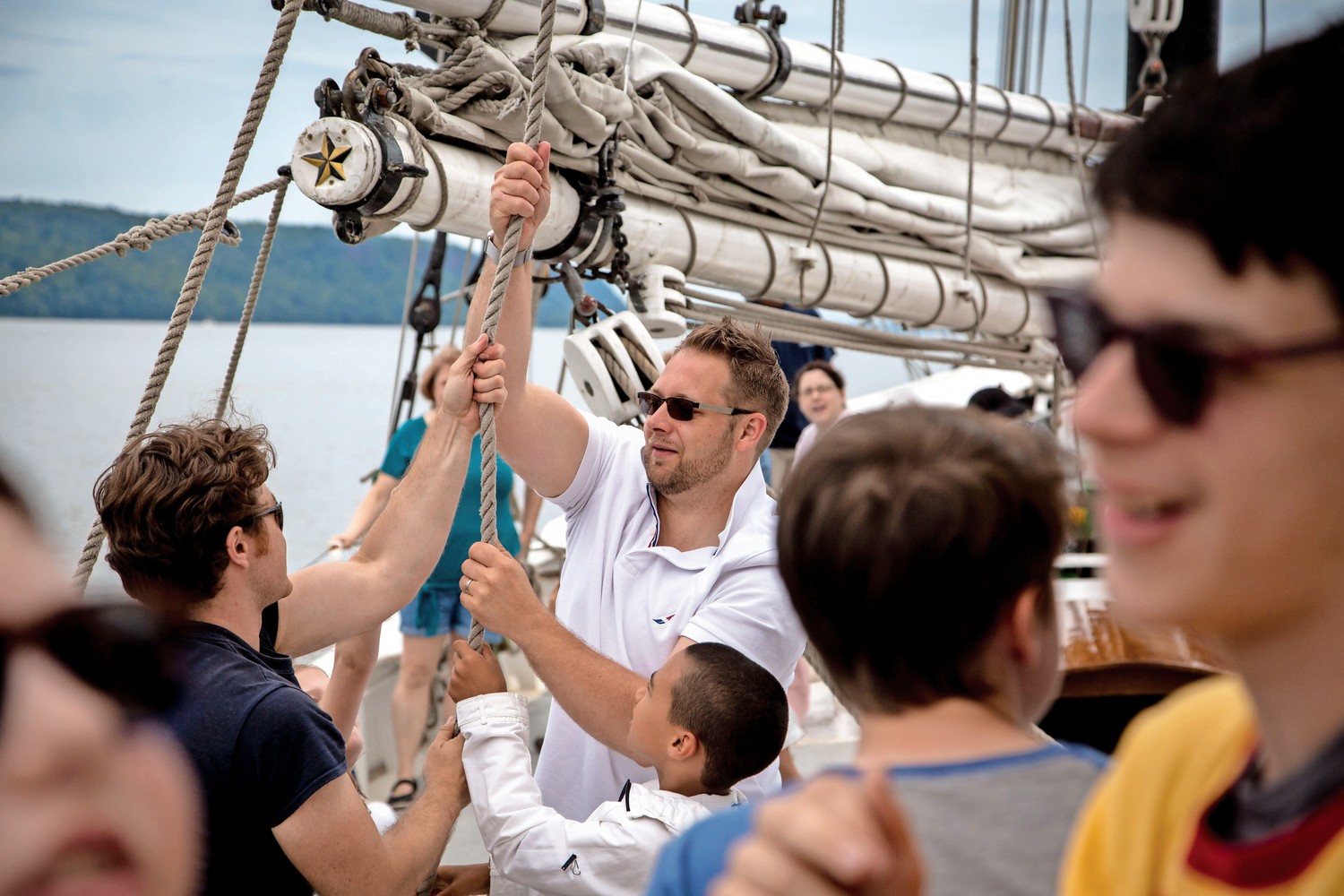 Crew members on the Pioneer schooner show would-be sailors how to raise the sails during RiverFestBX.
EIAN KANTOR/Photos
Previous Next
By SIMONE JOHNSON

Unrestricted by strollers, children ran ahead of their parents donning painted faces. The sounds of salsa and musical numbers like “Memory” wrapped around the river’s edge at the College of Mount Saint Vincent.

Occasionally the hum of RiverFestBX was hushed by a passing train.

“This is my first time being here,” said artist Evan Bishop, gesturing to his display table. “I love it. There was a forecast for rain, and it’s beautiful out. And I’m always enamored by the Palisades.”

Bishop along with 13 other artists who attended last weekend’s festival, not only to show off their work, but for a chance to learn from the community — and each other.

“It’s about bringing the art to the community by way of nature,” he said. “It’s a good networking opportunity, and a chance to get feedback. And be barefoot.”

Behind the mass of artists, on the Marillac athletic field facing the Hudson River, tots played with oversized Jenga and chess pieces. Kids played kickball, and just across from an inflatable house, Bronx historian Lloyd Ultan stood before a crowd of people, relaying an oral history of the Hudson River.

Both education and fun covered the field.

“It’s important because you’re all together and you see new things,” said Hannah Messinger, 13, about the festival. “This is my first year, and it’s really about having fun.”

Jane Chan, a volunteer of the Kingsbridge Riverdale Van Cortlandt Corp., for the past five years, truly makes RiverfestBX a family affair. As she manned the KRVC development booth where two girls played with the Lego pieces on display, her son Brendon helped serve ice cream a few booths away. Sabrett Hot Dogs were also available.

“It’s not just a requirement for school for him,” she said. “He gets to experience the whole thing about Riverdale and see what the community has to offer that we’re not usually aware of within the community.”

The RiverFest name isn’t the only thing that changed this year (adopting the “BX” for the Bronx).

This year instead of most of the activities being out on the lawn, they were spread across the Marillac athletic field, while the booths were strewn along the path leading there from the shuttle bus.

Organizations like Con Edison, the Riverdale-Yonkers Ethical Culture Society and Sahaja Yoga Meditation stood along that path beside a number of other community organizations offering literature, candy, contests and even T-shirts to festival-goers.

As people walked by, a performer also added to the energy of the festival by juggling bowling pins and riding on his unicycle.

“I enjoy meeting and giving to people,” said Bobby Budhu, an employee at the Sahaja Yoga meditation class. “It’s nice to tell people about meditation. The river itself offers a tranquility and peacefulness that gives a sense of relaxation.”

Budhu started the day off with a 100 flyers, but was down to just two half way through the festival.

He has had a booth at RiverFest for the past three years and finds his form of yoga both helps participants with their problems and stress. Behind the booth, Budhu set up chairs for people who wanted to participate in a class right there on the lawn.

“It’s important to support the community,” said Gabriella Brito, 13. “My favorite part is walking around, and getting my face painted. It’s a nice time to be outside and gives you a reason to not sit at home all day.