Not sure about voting? Find out how, where 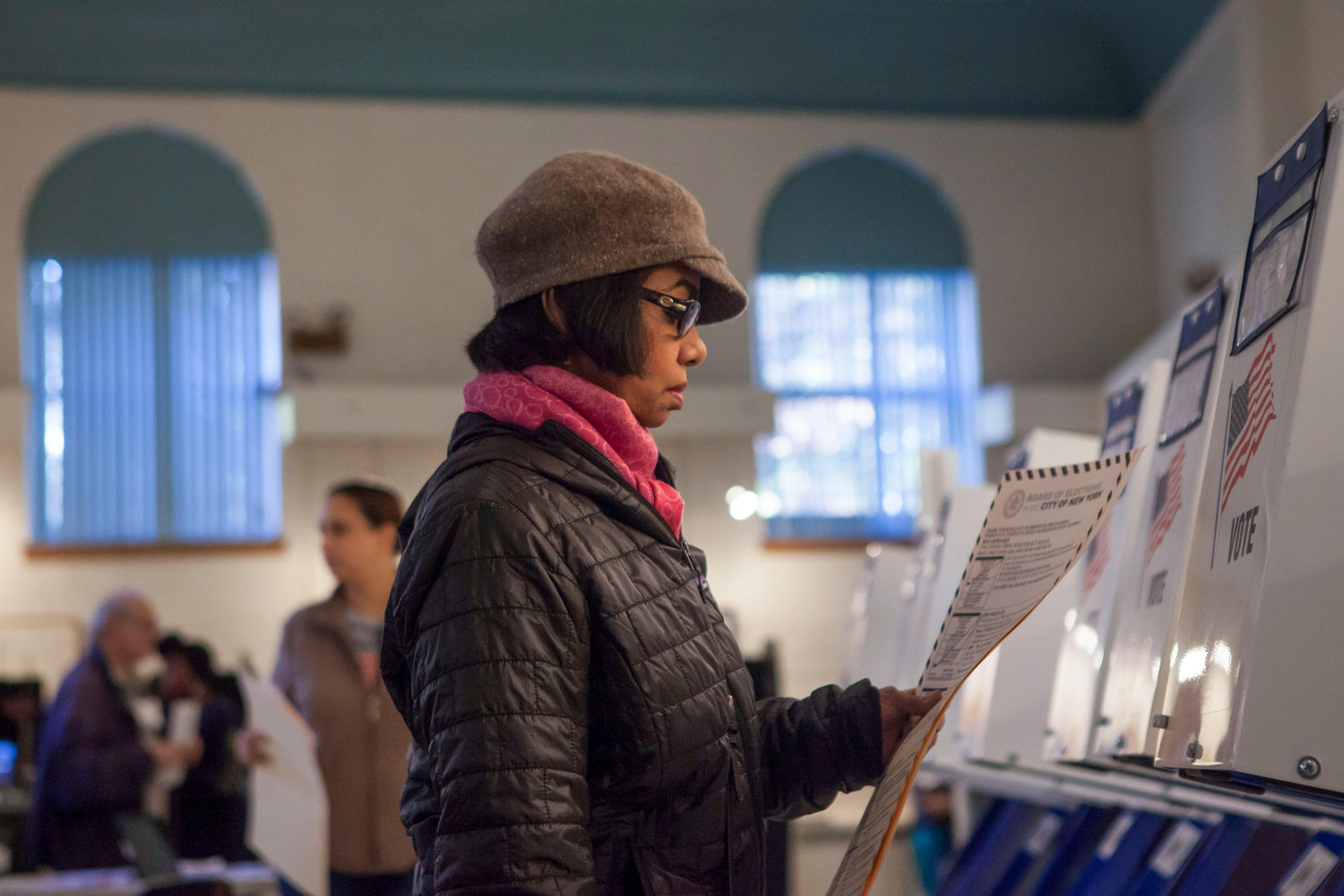 Poll sites are often crowded, busy places. But this year they might be a little less so as absentee voting is expanded once again to every registered voter in the wake of the coronavirus pandemic. Perry Grossman, a senior staff attorney with the New York Civil Liberties Union, recommends voting early and in-person, and getting your absentee application and ballot mailed as soon as you can if you choose not to vote in-person.
AMIR LEVY / File 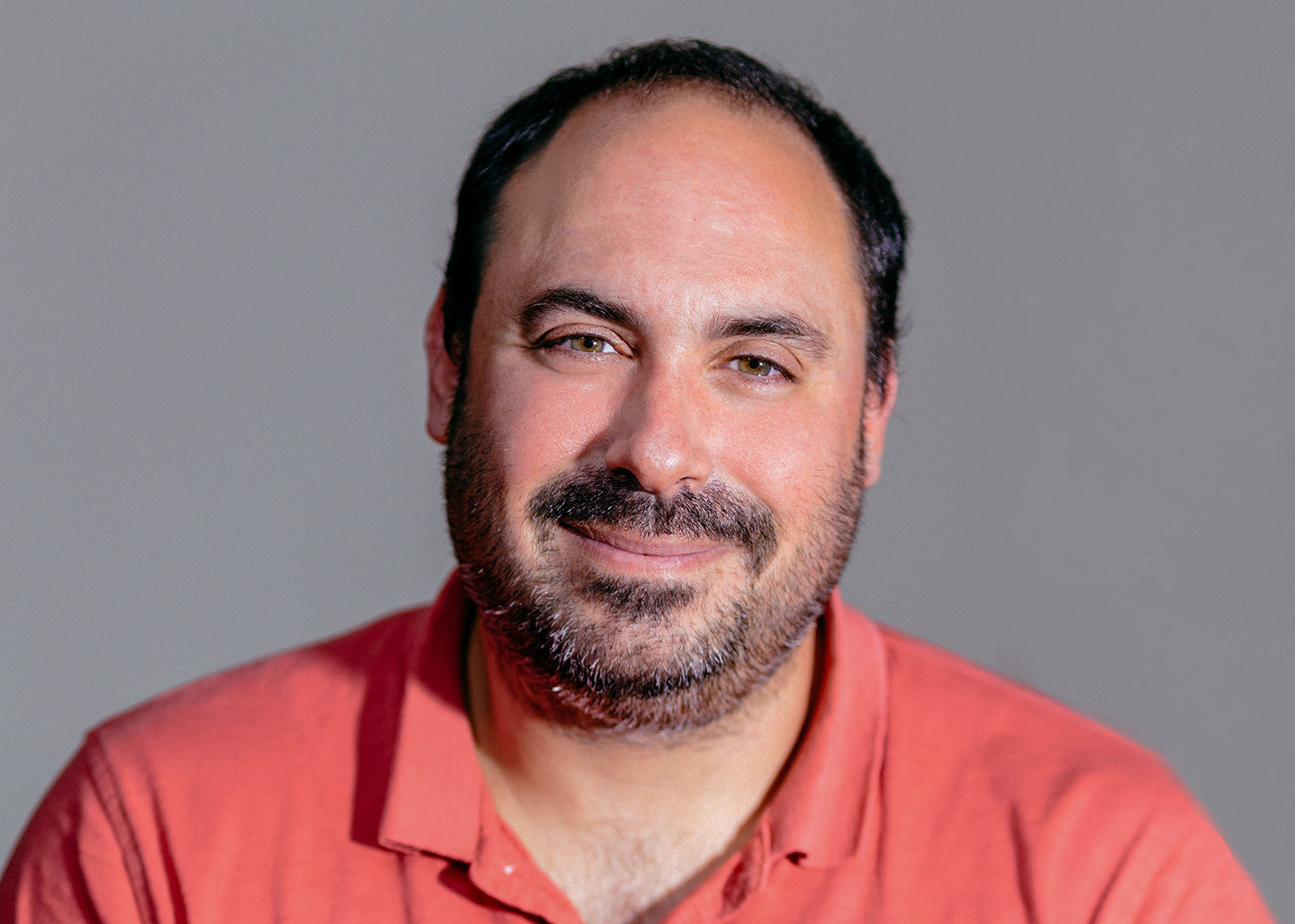 Vote however you can, but early and in-person is the preference of Perry Grossman, a senior staff attorney with the New York Civil Liberties Union’s voting rights project. Whether you’re voting in-person on election day, during early voting, or sending in an absentee ballot, it’s important to get organized well before election day.
Courtesy of Perry Grossman 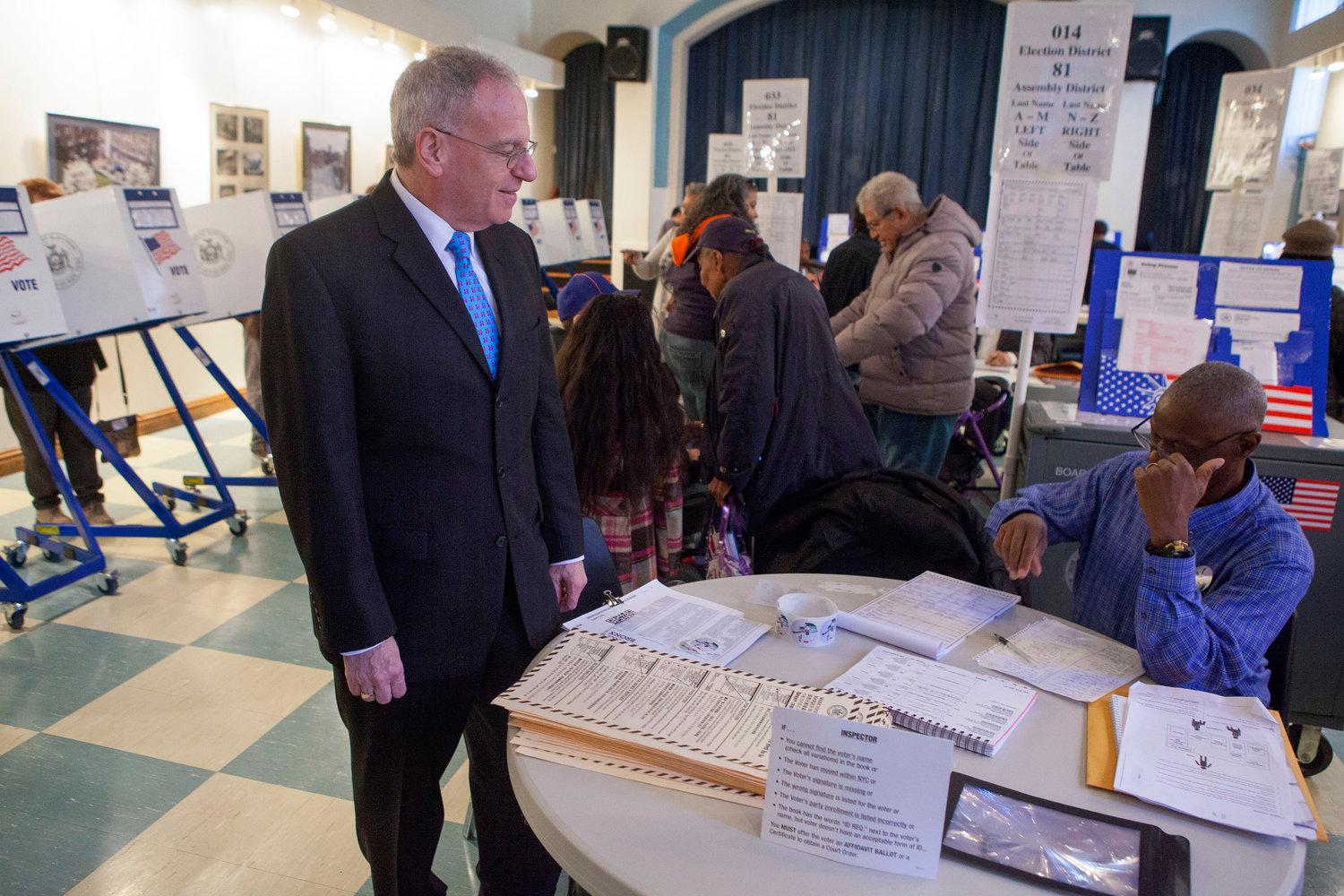 Thanks in part to legislation proposed by Assemblyman Jeff Dinowitz, all registered voters in New York can apply for an absentee ballot if they want to stay away from in-person poll sites due to the coronavirus pandemic. Voting by mail, early in-person, or on election day are all options this November.
AMIR LEVY / File 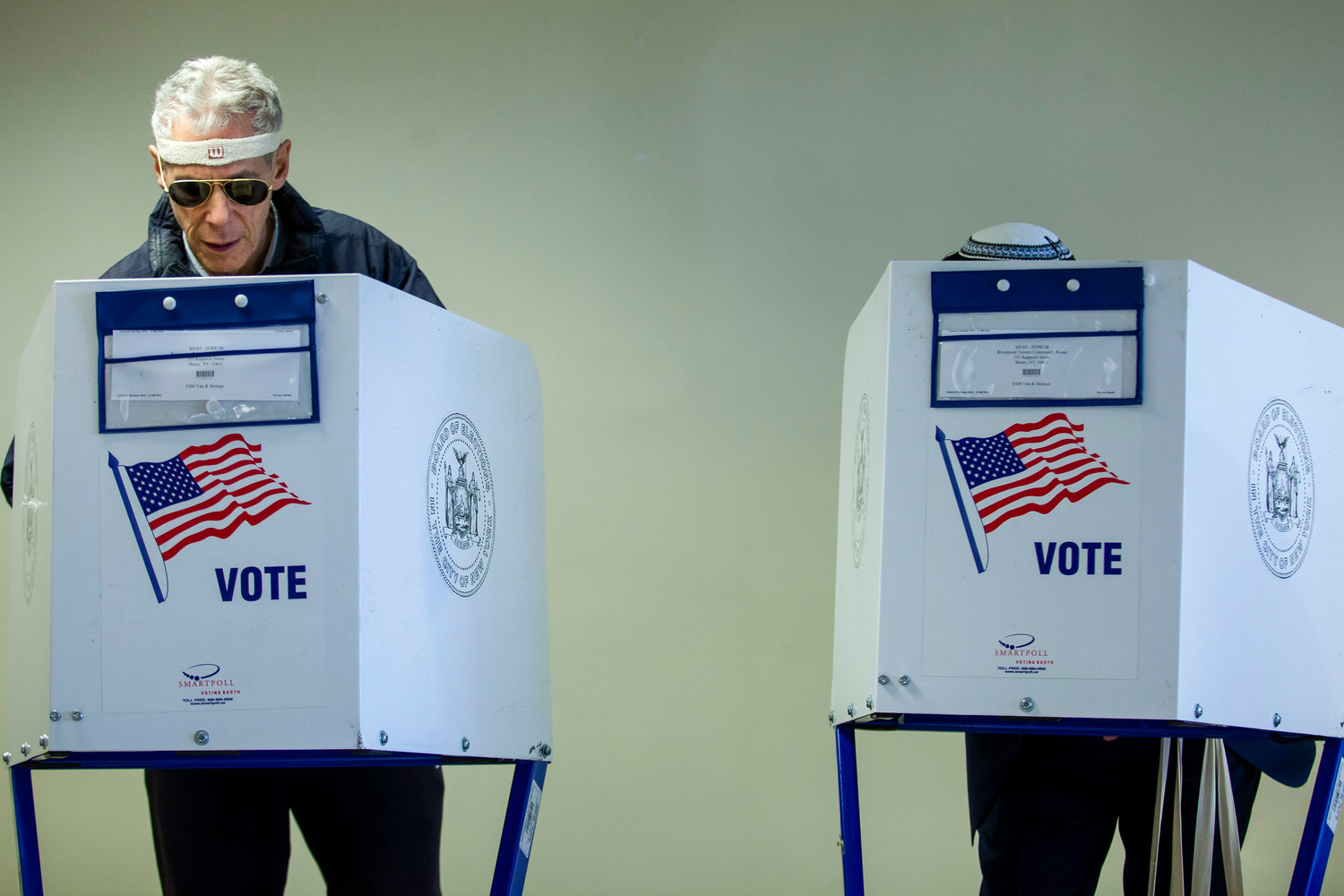 Worried about crowded poll sites? Perry Grossman, a senior staff attorney at the New York Civil Liberties Union, recommends taking advantage of the state’s nine days of early voting to avoid crowds and ensure ballots get counted in November’s election.
AMIR LEVY / File
Previous Next
Where can you learn more?

Not sure who’s running? Check out Vote411.org to see a sample ballot and learn more about your candidates.

There have been lots of changes to voting in the last few months. Absentee voting, dropboxes, applications — it’s a lot to keep track of, especially with school starting and life starting to feel, at least, a little bit more normal.

But the stakes for the election keep getting higher, and both elected officials and political advocates say it’s important to know how you’ll vote.

New York has dramatically expanded voting options, making it possible to cast a vote without risking exposure to COVID-19, no matter who you are.

Thanks to legislation introduced by local lawmakers Asssemblyman Jeffrey Dinowitz and state Sen. Alessandra Biaggi, any registered voter in New York can apply for an absentee ballot, citing the coronavirus pandemic as a reason.

Voting early is just like voting on election day, but could help avoid long lines and overcrowding, something especially important during the pandemic. With polls open on weekends, it can create some flexibility for voters with long working hours during the week, or kids to drop off at school — or supervise as they still learn remotely.

Voters also can apply for an absentee ballot online or by mail before Oct. 27, or apply in-person by Nov. 2. Ballots must be postmarked by election day, and have to arrive at the elections board office within seven days of the election to be counted. Anyone who doesn’t want to drop their ballot in their own mailbox can head out to an early voting site or the Bronx elections board office on the fifth floor of 1780 Grand Concourse, or any drop-off polling site to drop ballots into one of the new dropboxes sitting outside.

With all these options, is there a way to vote that’s better than the others?

“If you can vote early, in person, you should do that,” said Perry Grossman, a senior staff attorney with the Voting Rights Project at the New York Civil Liberties Union. “That’s the best way to go. If you want to vote by mail — if you have to vote by mail — it’s going to be fine.”

Voting by mail has been criticized by many — namely, President Trump. And with the U.S. Postal Service struggling and some voters still worried about late delivery of ballots during the June primary, there could be some with little confidence in using mail.

“The post office handles a billion pieces of mail at Christmas,” Grossman said. “If every single voter in the United States sent in a mail-in ballot, that wouldn’t even approach 150 million.”

So, if you’re looking to plan out your vote, where should you start?

By checking your registration, Grossman said. You can’t register day-of in New York, so anyone showing up to a poll on election day is out of luck. Even for those who think they’re registered, it’s important to double-check.

Registration can be checked online at Vote.nyc, the same place new voters also can register online. Or they can head to the Bronx elections board office in Mount Hope to register in-person.

Then the decision comes down to voting absentee or in-person. Absentee ballots can be requested at Vote.nyc, the same place where anyone can find their early voting or normal polling site.

Don’t wait until the deadlines to apply to vote absentee.

Absentee ballots should be filled out as soon as they’re received, Grossman added, and immediately sent back to avoid delays.

“Also be diligent about checking over to make sure you’re following the directions correctly,” he said, “that you’re signing the envelope.

New tracking systems also will alert voters if their ballot arrives with fixable issues, like a missing signature, Grossman said. That way, those ballots avoid being disqualified.

Those planning to vote early need to find their polling place. For many locally, that’s at IN-Tech Academy on Tibbett Avenue, but Grossman warns to check online before heading out.

Early voting sites are different from election day sites, and depending on where someone lives, they might be set to vote at P.S. 81 Robert J. Christen, The Hebrew Institute, or a number of other sites scattered across the area. Double-check at FindMyPollSite.vote.nyc.

What else can you do this year? Thank your poll workers, Grossman said, and consider becoming one yourself if it’s possible. And prepare yourself for results to take longer than usual — especially on the presidential side — as mail-in votes are tallied.

“It’s important for everybody to participate, but also be patient,” Grossman said. “It’s going to take a while to get election results this year, and that’s OK. The most important thing is for every vote to be counted, and to be counted accurately. That’s much more important than fast results.”