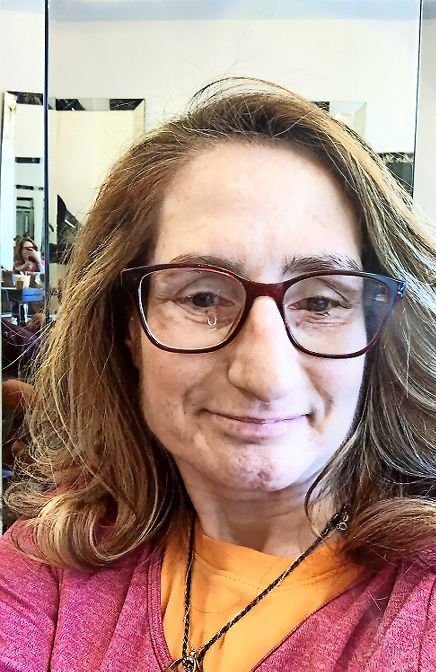 Judy Fettman Dreyfuss was born with familial dysautonomia, a rare Jewish genetic disease that affects the autonomic nervous system and impacts nearly every system in the body, causing fluctuating blood pressure and body temperature, and unsteady gait, among other things. Living with the disorder was a daily challenge.

“Nobody understands how I feel,” she would say. With 350 cases worldwide — and fewer than a dozen people who reached her age — she was right.

Very little was known about familial dysautonomia when she was diagnosed. She was the eighth documented patient. Doctors told her parents she had a 50 percent chance of living until 5, but she survived and married and celebrated her 50th birthday in January. Her 7-year marriage to Marc Dreyfuss was made in heaven, full of fun and love and laughter.

She was a warrior. She fought for her well-being, adhering to a strict diet and exercising regularly at the gym at Skyview-on-the-Hudson, until the coronavirus pandemic interfered. All who saw her were impressed by her skills and grit. The Riverdale Press wrote a story in 2018 about her determination, marveling at what a feisty 95-pounder could do.

A graduate of Kinneret Day School, she was bilingual. At Kennedy High School, she joined the gymnastics club, where she flew fearlessly from one bar to another on the uneven parallel bars. She completed her first year of college at the University of Haifa, and graduated from Hunter College.

Her smile, kind nature and good spirits were contagious. She inspired others, and many people saw in her their own potential. She was social and enjoyed people, and they enjoyed her. The director of the JCC Adaptations program, Allison Kleiman, called her “a force.” Her art class at the 92nd Street Y was her creative outlet.

Her life was short, but full, and as beautiful as was possible.

May all those who knew her and were supportive of her be comforted that she died painlessly, of sudden cardiac arrest. She was an organ donor, and three people are alive today because of her final generous act.

May her memory be for a blessing.