Nursing homes are buckling down for a new wave 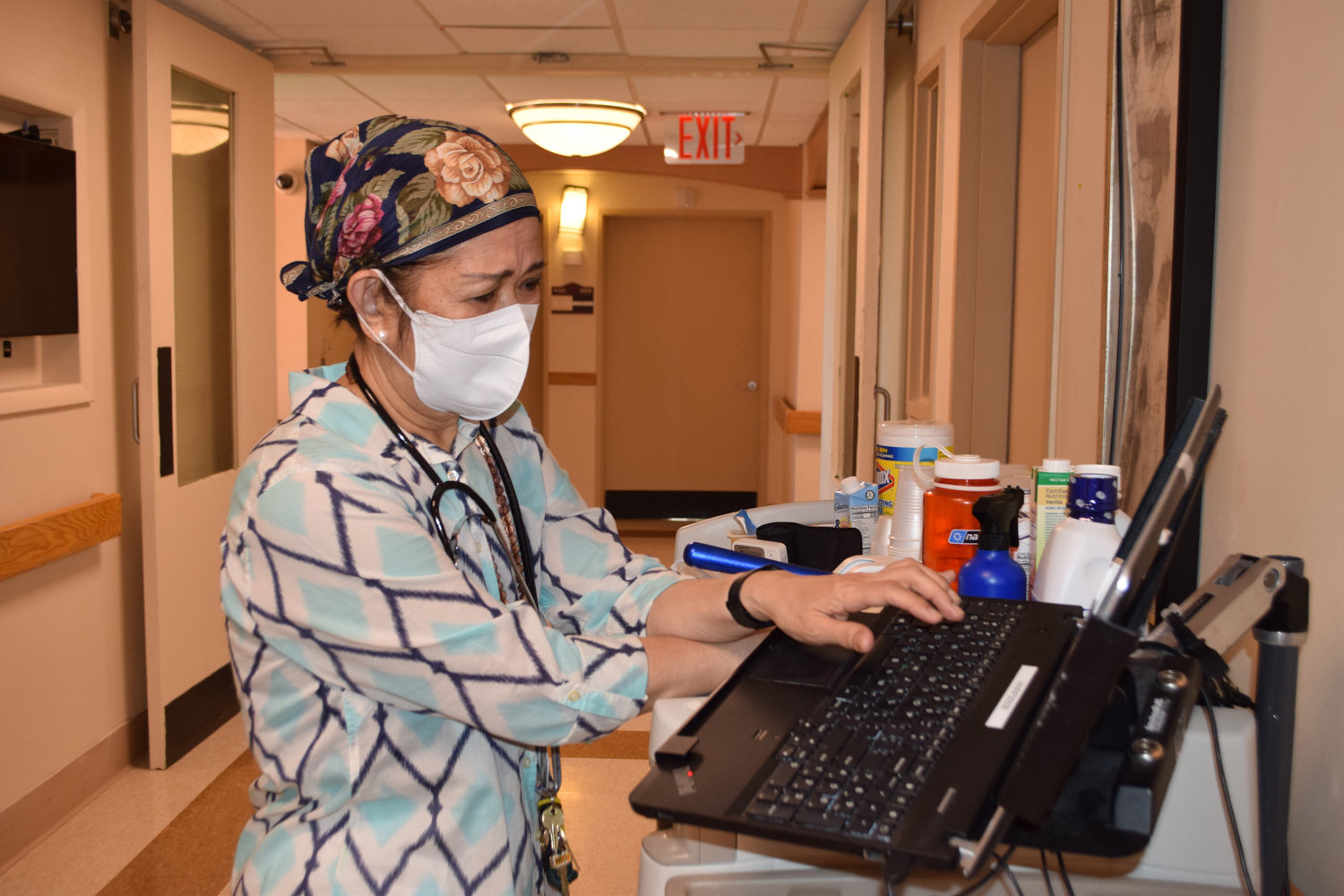 The first few months of the coronavirus pandemic were challenging for nursing homes and other adult care facilities. It was a scramble to get adequate personal protective equipment and tests. Now, after a few months of relative peace, they’re getting ready for a potential second wave.
Courtesy of the Hebrew Home at R 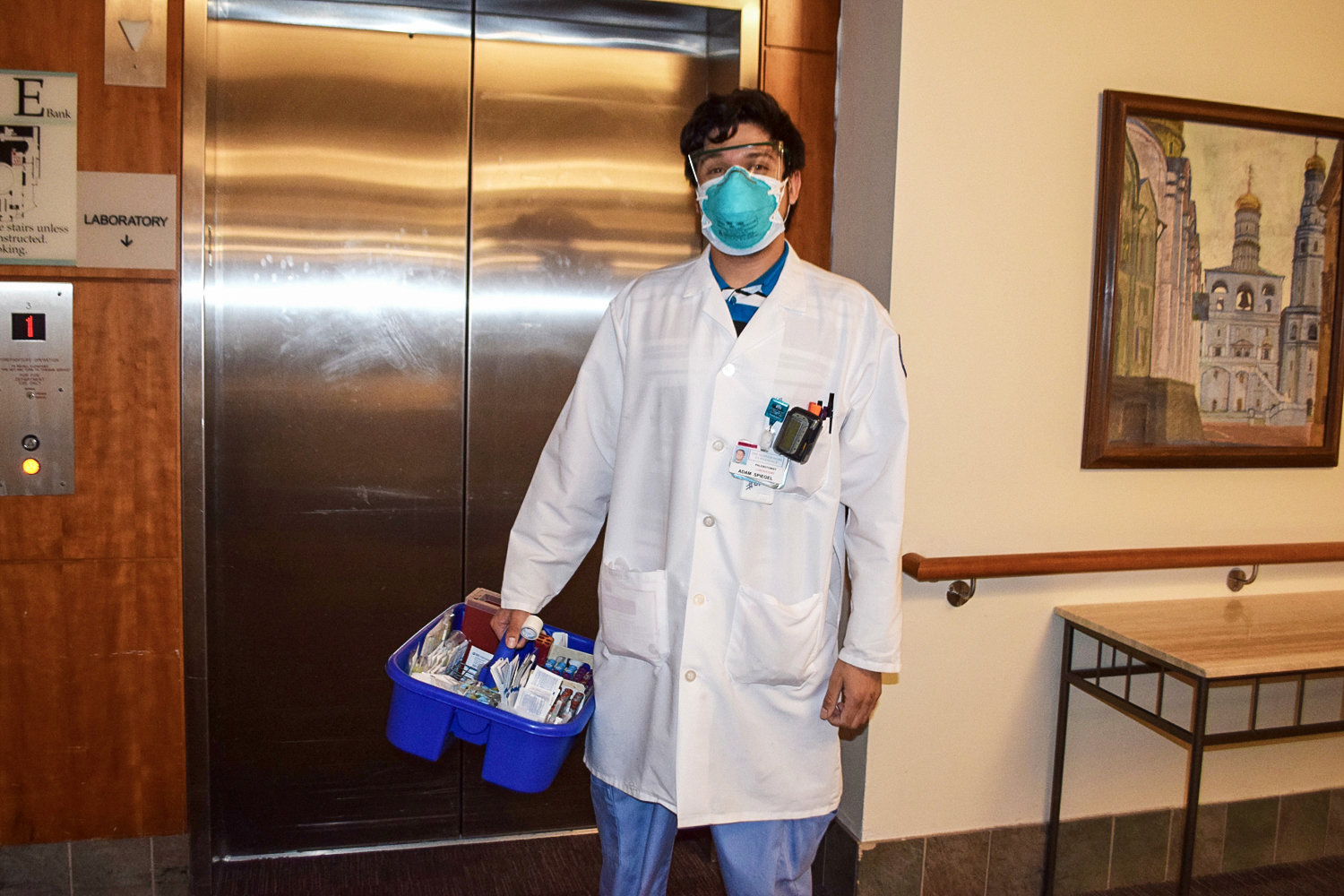 Stocked with personal protective equipment, ample tests and more guidelines than during the first wave of the coronavirus pandemic, nursing homes across the state are hopeful that they’re better prepared for what might come next when it comes to the ongoing saga of COVID-19.
Courtesy of the Hebrew Home at R 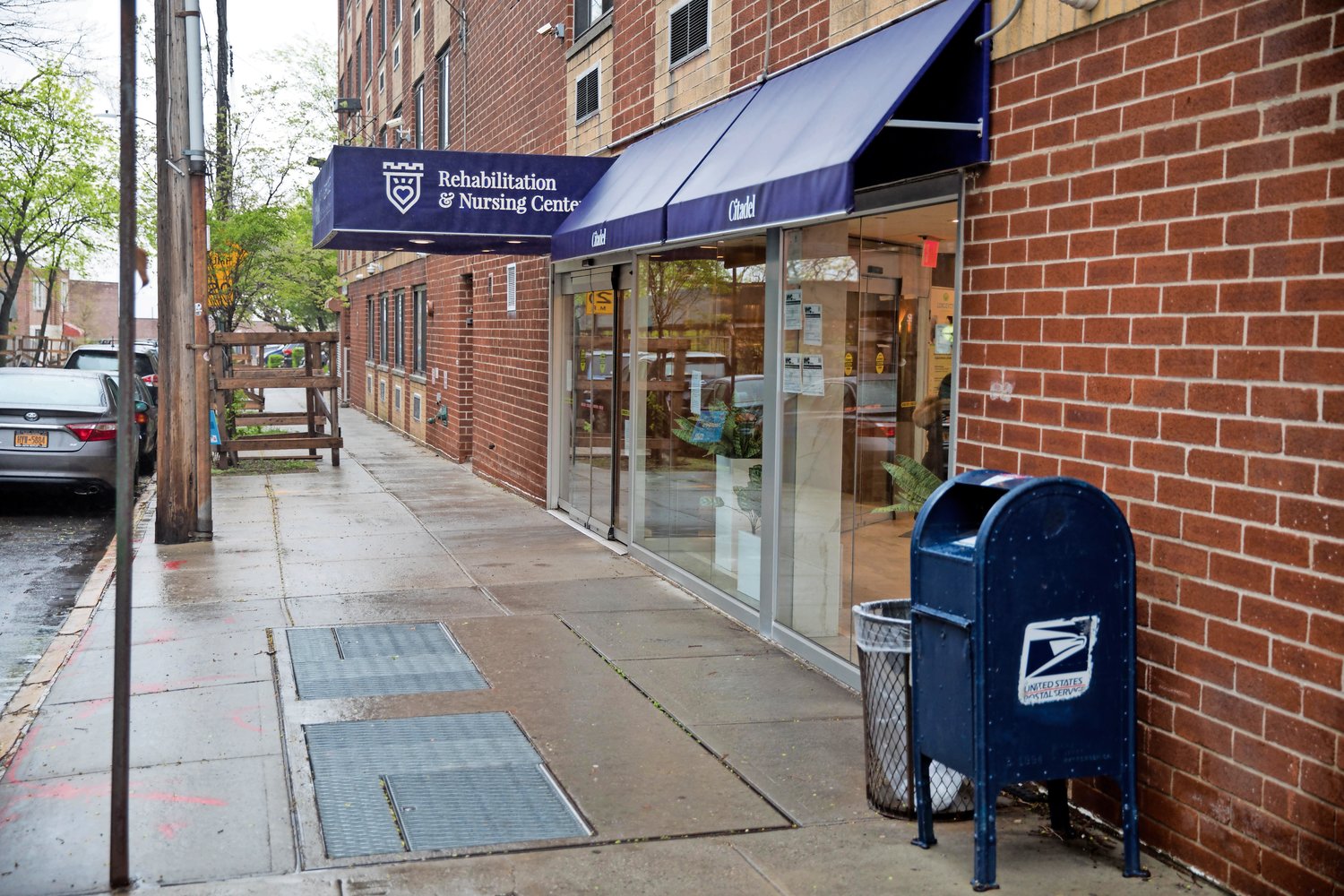 It was a difficult spring for nursing homes across the Bronx, like the Citadel Rehabilitation and Nursing Center in Kingsbridge, which saw eight confirmed 48 presumed deaths related to COVID-19. After more than 6,000 people died in nursing homes statewide, many have buckled down, preparing for a potential second wave as the weather cools.
JULIUS CONSTANTINE MOTAL/ File
Previous Next
By KIRSTYN BRENDLEN

With a change in seasons and a drop in infection rates, conversation around the coronavirus pandemic shifted over the summer. Where a traumatic spring of overflowing hospitals and hundreds of deaths a day in the city had kept focus on “flattening the curve” and reducing transmission, months of infection rates below 1 percent prompted conversations about the struggling restaurant industry, schools reopening, and vaccine development.

As hospitalizations and new cases dropped, so did positive cases and deaths in the state’s nursing homes after more than 6,000 people died, according to the state health department.

Those deaths were cause for intense scrutiny. Many criticized Gov. Andrew Cuomo’s decision to have nursing homes accept COVID-positive patients from hospitals, and some of them suspected the number of reported deaths wasn’t quite accurate. Some politicians, including state Sen. Alessandra Biaggi, called for special protections for nursing homes to be rolled back. Those protections, implemented in the state budget, raised the standard for civil suits against nursing homes and other health care facilities — which some said insulated them from being held accountable for coronavirus-related deaths.

Those numbers have been relatively stable through the summer, but as cooler weather settles in, New York has seen a small bump in the number of cases and hospitalizations — as have neighboring states like New Jersey and Connecticut.

It hasn’t been enough to implement restrictions beyond “hot zones” in Brooklyn, Queens and a few other counties, but it has started fears of a “second wave” in the state — just in time for flu season.

Those fears are echoed in the nursing home and adult care industries. Data released by the American Health Care Association showed Positive coronavirus cases in nursing homes are inching up for the first time since August across the country, according to the American Health Care Association, although numbers were still far from their spring peak. Also, deaths didn’t appear to be rising.

Still, for some, it’s time to start buckling down for more hard times.

Adam Geller is an administrator at a Broadway nursing home he insisted not be identified where he said the last few months have been mostly normal. An asymptomatic positive staff member shut down visitation for two weeks over the summer, but they’ve been able to continue with in-person outdoor visits without issue since then.

“When you’re testing 200 to 300 people a week, statistically, you’re going to end up with a positive” test result, Geller said. “So, it happens. But so far we’ve made it through for the past two months.”

His facility has started sending out letters telling family members they’re preparing to move visits indoors. However, these interactions will last just 15 minutes, so as to reduce the risk of transmission.

“We’re being as strict as possible to start,” Geller said.

Nursing homes and adult care facilities were caught off-guard by the pandemic, just like government officials. In May, Kelly Barrett Samara, an attorney at the Buffalo-based Center for Elder Law and Justice, told The Riverdale Press that it may not have been possible for any nursing home to be totally prepared.

“There is definitely a recipe for disaster here,” Samara said at the time.

Lisa Newcomb, executive director for the Empire State Association of Assisted Living, said summer relief from the virus allowed the facilities she works with to prepare for a “new normal” of sorts. The association itself has been able to form some new support networks to provide adequate personal protective equipment and other resources.

One of the biggest changes, she said, is widespread access to testing — and faster results. Where facilities struggled in the beginning to test anyone, waiting a long time for results, they’re now able to test their staff members at regular intervals, and residents where necessary. Even where there were outbreaks, they were much easier to contain.

Assisted living facilities aren’t quite the same as nursing homes. Their residents are generally a little younger and in less need of round-the-clock medical care like residents in nursing homes. But their populations are still vulnerable, and quality of life for most residents has been severely impacted.

“They might need some assistance, but they come and go all the time,” Newcomb said. “Pre-COVID, there’s all kinds of activities. They go out with their families. They do outside activities. They’re very into that. And all the sudden, boom, it was like, ‘Don’t come out of your room.’”

Guidance from health departments has become more detailed and more clear, she said. On a recent conference call, Newcomb and other health care leaders talked about the hopefully soon-to-come vaccine and distribution, honing in on the best ways to test.

“I know they’re really working 24/7,” she said of the health department. “You know, nobody has the answers to some things, we just don’t know. It has improved, and, you know, we hope to get clear guidance from them.”