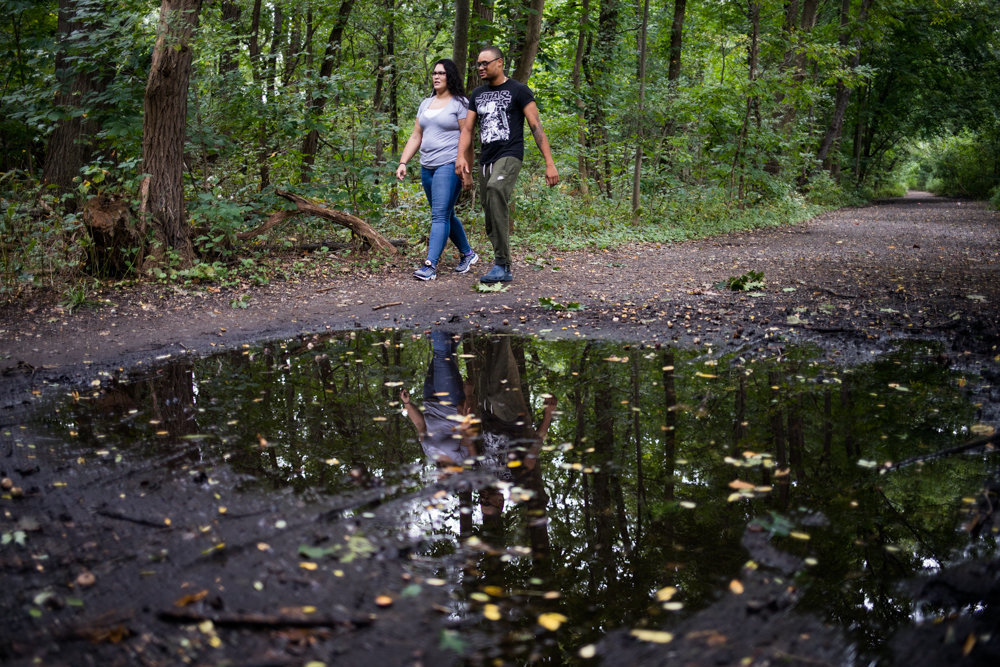 Gov. Andrew Cuomo was unhappy about what he saw in terms of social gatherings in New York City on Saturday in light of the coronavirus crisis, and has suggested utilizing larger parks like Van Cortlandt Park in the Bronx, as places where people can go and still keep their distance from others.
JULIUS CONSTANTINE MOTAL / Filw
Support Local Journalism

Yesterday, Gov. Andrew Cuomo took a tour of New York City — the metropolitan area hardest hit so far by the coronavirus that causes COVID-19 — and didn't like what he saw.

Even though restaurants, cafes, bars and such were closed, many people had taken to streets and the smaller parks and recreation areas to have pretty sizable gatherings, despite admonitions that people stay away from each other, and maintain at least a six-foot distance from anyone else.

"I don't know what they are not understanding," Cuomo said of those he saw gathering outside. "This is not life as usual. This is just a mistake. It's a mistake. It's insensitive. It's arrogant. It's self-destructive. It's disrespectful to other people. This has to stop, and it has to stop now."

With that, Cuomo has ordered Mayor Bill de Blasio and city council Speaker Corey Johnson to develop and submit a plan to his office by Monday morning on how they're going to stop these gatherings from happening, especially as the state itself is expected to shut down to anyone except essential personnel at 8 p.m., on Sunday.

The governor admits that people will need to get out of their homes to exercise and breathe fresh air, but it has to be done where they aren't congregating with others. Many of the parks in New York City are quite small, and can only fit so many people. Cuomo believes the city could utilize some of the larger parks — including Van Cortlandt Park — as spaces where people can visit without gathering with others.

Cuomo also suggested that because traffic has significantly reduced on many city streets that local officials could close off some streets to vehicle traffic, and turn them into areas where people in the neighborhood could get outside without having to visit highly populated areas.

"Let's open streets and open space," Cuomo said. "That is where people should be, in open space areas, not in dense locations."

The governor admits he could make the order himself, but he's not as intimately familiar with the city's needs as its mayor and Speaker are, he said. He'd rather leave the planning up to them, and give his stamp of approval on it afterward.

The order comes as the number of positive cases continues to increase in New York, especially New York City.  There are now more than 10,300 confirmed cases of coronavirus in the state, with 6,200 of them in New York City alone.

That puts New York well ahead of other states when it comes to the number of confirmed cases, but Cuomo emphasizes it's also because New York is doing far more testing than any other state. With another 15,000 people tested overnight, the total number of tests is now 61,000. Of those 15,000 cases, nearly a third tested positive.

Another encouraging statistic is that the percentage of people testing positive who require hospitalization is coming down. Last week, the hospitalization rate was as high as 20 percent, but it has been slowly declining to 13 percent as of Sunday.

One person in that 87 percent not needing to go to the hospital is Rick Cotton, the executive director of the Port Authority of New York and New Jersey, who tested positive two weeks ago, and has recovered at home.  Two weeks later, Cuomo said, Cotton is now asymptomatic, and has tested negative.

"It was about two weeks, and I don't even know that he needed all two weeks," Cuomo joked. "It was suspicious that maybe he resolved in one week, and then he took another week vacation, but I don't want to push the point."