Omicron is on rise, but can CB8 stay remote? 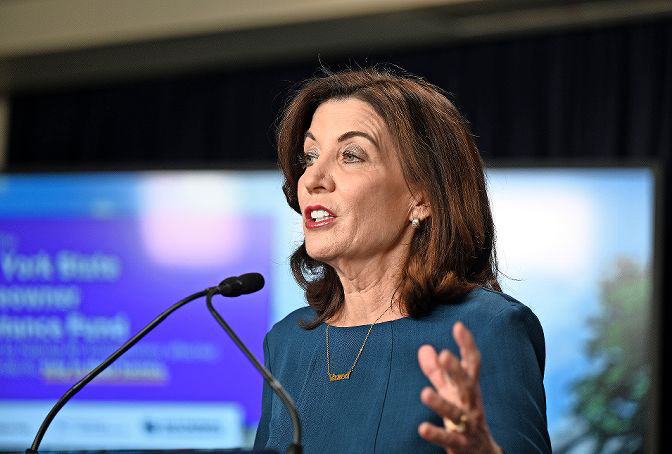 December 6, 2021 - Brooklyn - Governor Kathy Hochul today announced that $539 million was approved by the federal government to assist in with an all-new state-based Homeowner Assistance Fund. The governor said this program is a first of its kind in the U.S. and that New York was the first state to receive this kind of federal funding. Learn more and apply starting January 3, 2022.
Courtesy of Office of the Governor 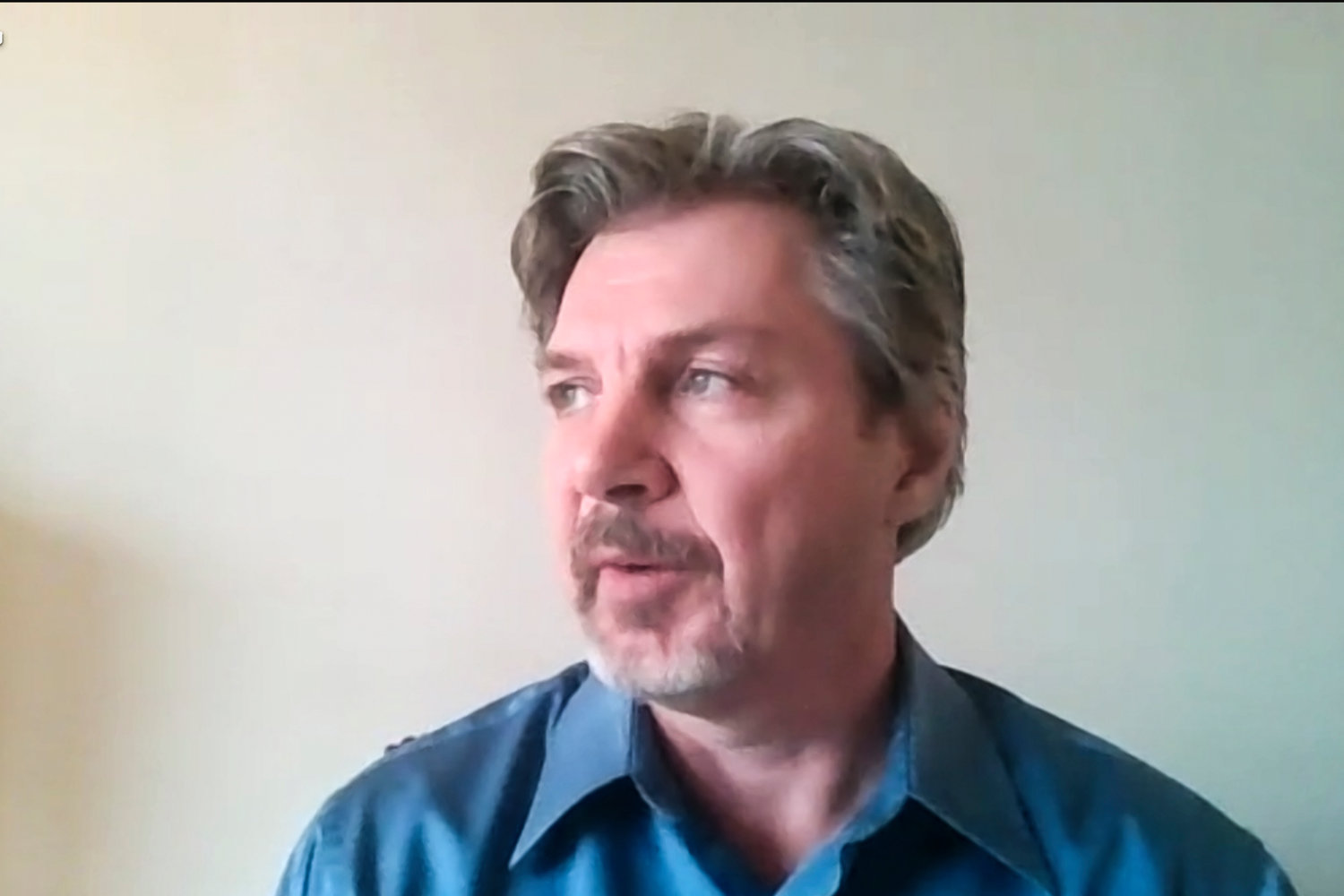 Paul Wolf, president of the New York Coalition for Open Government, says the state legislature will likely extend the waiver that allows public bodies like community boards to meet online when it expires in January. While there’re many benefits to remote meetings through various online videoconferencing platforms like Zoom, Wolf says his advocacy organization believes lawmakers should establish a hybrid model if they amend the open meetings law in the spring.
ETHAN STARK-MILLER 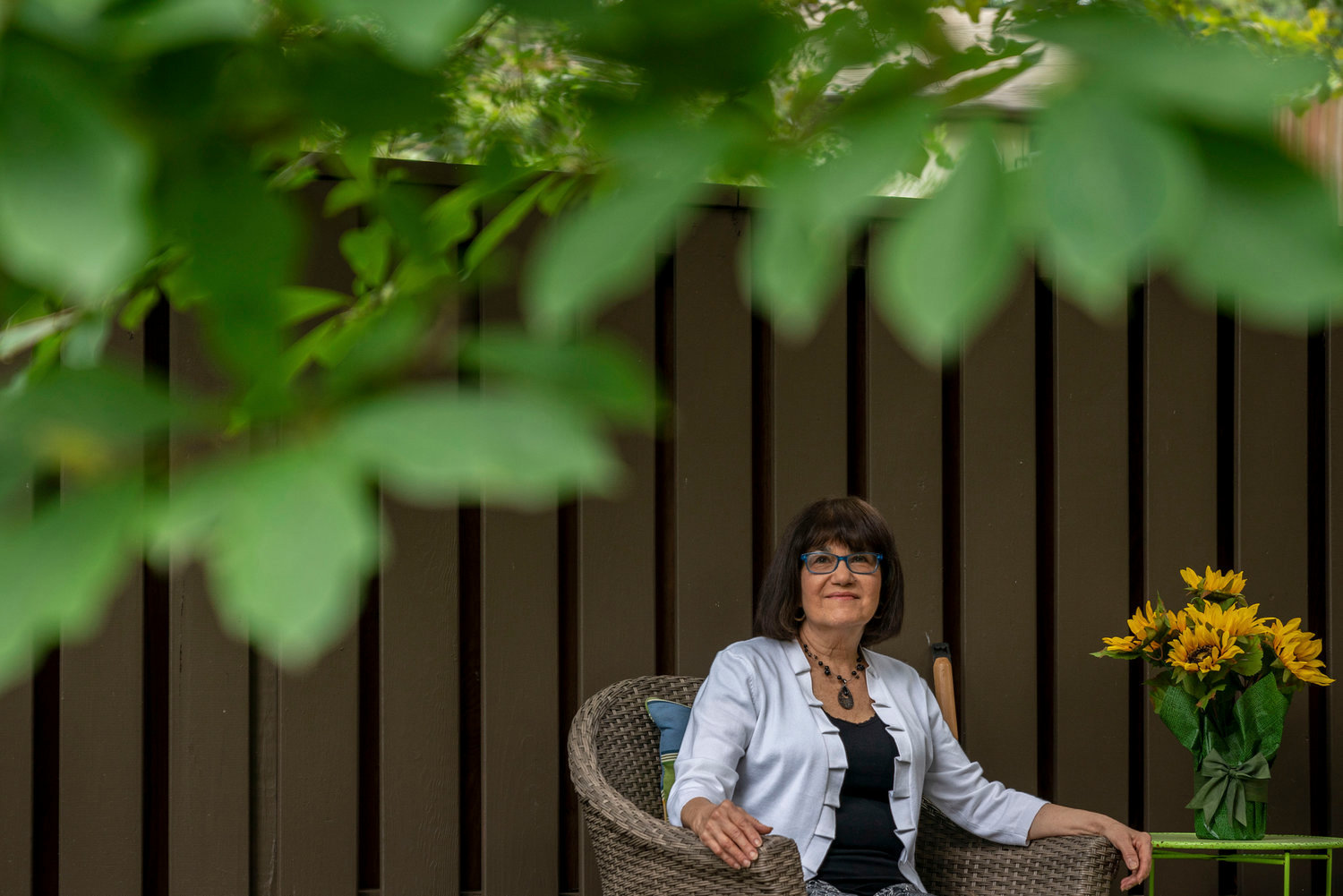 Community Board 8 chair Laura Spalter says she’s concerned about the possibility of resuming in-person meetings in January while the omicron variant of the coronavirus is on the rise. That’s why CB8 sent a letter to Gov. Kathy Hochul asking for an extension to the waiver that allows them to continue meeting remotely.
HIRAM ALEJANDRO DURÃN
Previous Next
By ETHAN STARK-MILLER

Back when Gov. Kathy Hochul first took office in September, she focused on the coronavirus delta variant, which was — and continues today — spreading rapidly.

One of those measures? Extend the ability of government bodies like local community boards to meet virtually — at least until we thought we might be out of the woods. Like, say, the beginning of next year.

Her predecessor, Andrew Cuomo, had allowed such a provision to expire, and groups like Community Board 8 came out of their summer recess preparing to bring people together again physically while voicing their concerns to Hochul about doing so.

Cuomo first signed an executive order suspending the state requirement that governmental meetings must be in-person at the beginning of the pandemic. Instead, they could meet remotely so long as they livestreamed the meeting through online videoconferencing platforms like Zoom.

Three months later, CB8 is seemingly back where it started, as Hochul’s existing law is set to expire Jan. 15 in the wake of the emergence of the omicron variant Community board chair Laura Spalter says her group is concerned about returning to physical meetings with still much to learn about this new variant.

For her, extending virtual meetings at least past spring would be perfect.

“We have sent a letter to Hochul and the other electeds citing the newest variant, urging the continuation of the waiver to the open meetings law to allow us to continue to conduct our meetings on Zoom for the reasons that have always been there,” Spalter said, citing public participation. “And many of our board members are vulnerable as well, in vulnerable categories.”

CB8 also has had difficulty finding meeting spaces that allowed for adequate social distancing this past September, something Spalter believes will crop up again in January.

But Paul Wolf, who leads the advocacy group New York Coalition for Open Government, believes Spalter and others who share her concerns about returning to in-person meetings don’t have to worry. At least in the short term.

“The legislature doesn’t come back into session until January,” Wolf told a recent forum exploring the return to in-person meetings. “They could surprise me, but I doubt they’re going to immediately address that issue. I think they will kick the can down the road and extend it probably to sometime in June.”

Before Cuomo suspended in-person requirements in March 2020, Wolf said, it was near impossible for public bodies to meet virtually. Under pre-pandemic law, if a board member wanted to participate in a meeting from home, they would have to open their house to members of the public.

Yet, allowing boards to meet remotely has many benefits, Wolf said. For instance, it has appeared to increase public participation in meetings because people no longer have to travel to a physical location to join in. Plus, requiring a recording and transcript of the meeting be posted online afterward also increases accessibility.

But even with all these benefits, Wolf’s organization still believes public meetings shouldn’t be completely remote.

“We favor a hybrid approach where hopefully you can do both,” he said. “Some people participate and attend in-person, and some people participate and attend remotely. I think it’s a real convenience to the public to be able to observe meetings at home on their computers. I would not want to see them just go all-virtual — I think It’s important for the public to be able to be present at those meetings.”

The physical meeting option is important, Wolf said, because allowing people to look their elected officials in the eye is a more effective way to hold them accountable. Also, it’s harder for bodies to limit public comment in-person than it is virtually.

Wolf’s recent forum also gave time to compare what other states — namely California and Florida — have done in the wake of the pandemic. At the outset, both California governor Gavin Newsom and Florida governor Ron DeSantis issued executive orders removing many of the barriers to holding meetings remotely.

David Snyder, executive director of California’s advocacy group the First Amendment Coalition, says Newsom’s executive orders eliminated the requirement there be physical locations where the public can participate in meetings while still allowing public comment. Unlike New York, however, California hasn’t had to continually renew its waiver for remote meetings. That’s because the legislature passed a law allowing meeting virtually to continue as long as a state of emergency exists.

“Fully remote meetings are still allowed,” Snyder said. “And there isn’t any requirement for any physical place where the public can view or listen to the meeting that’s happening remotely,” citing a law similar to New York mandating in-person options.

While Florida suspended parts of its open meetings laws requiring a physical quorum for the first few months of the pandemic, it’s since gone in a different direction. Virginia Hamrick, a staff attorney at the First Amendment Foundation advocacy group, told the forum DeSantis didn’t renew his executive order when it expired in November 2020. So, public bodies have met in-person ever since.

“We had some issues at first because COVID was still going on,” Hamrick said. “And a lot of board members didn’t want to meet in public. So, it was really tricky in December and last winter (with) boards trying to comply with an absence of the executive order.”

Regardless of the long-term changes to New York’s open meetings law, Spalter says she’s just hoping the current waiver will be extended until the pandemic is more under control.