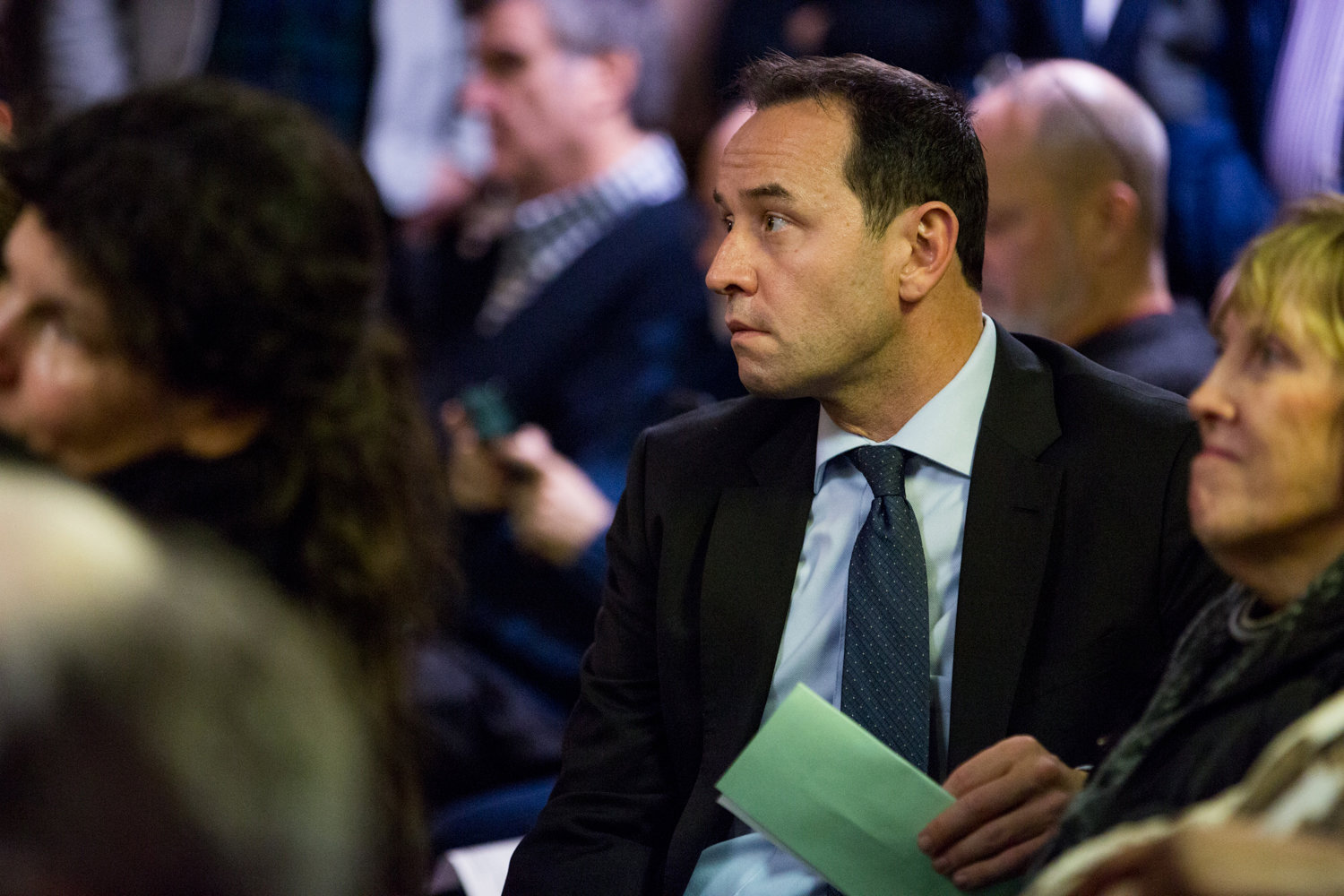 Dan Padernacht has been a mainstay on Community Board 8 for a dozen years. But he’ll step down from his longest-held position — chair of the traffic and transportation committee — by summer.
JULIUS CONSTANTINE MOTAL/ File 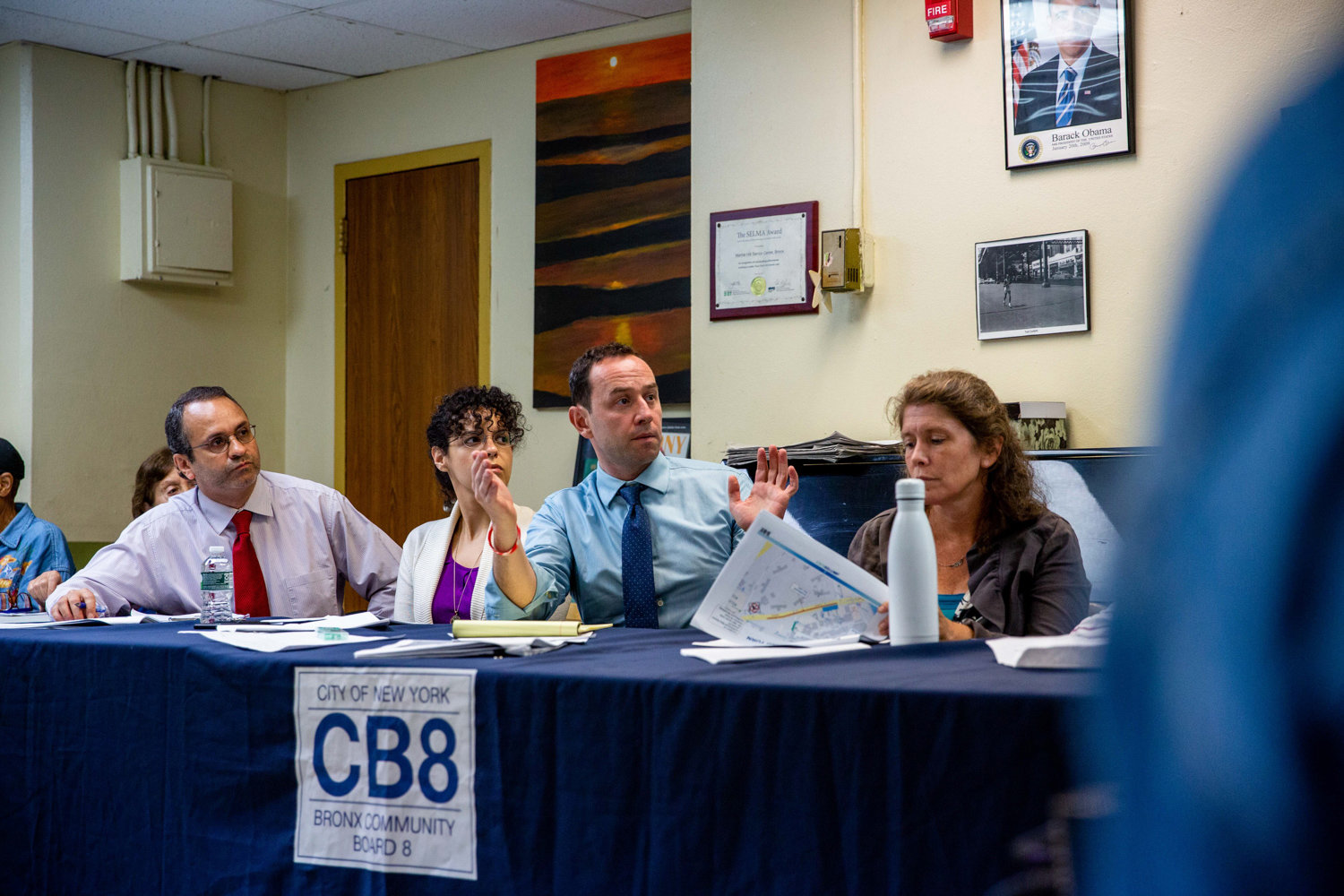 Dan Padernacht has served on Community Board 8 for a dozen years — eight of them as traffic and transportation committee chair. But that will soon come to an end, as he’s stepping down from his longtime position this summer.
EIAN KANTOR/ File
Previous Next
By ROSE BRENNAN

Some roads are straightforward, while others are winding and complicated. And that’s certainly the case both for Dan Padernacht’s tenure as chair of Community Board 8’s traffic and transportation committee, and the projects he’s worked on in his eight-year tenure.

But that journey will soon draw to a close, as Padernacht says when his current term ends in June, so will his leadership role on one of CB8’s higher-profile committees.

This will mark the first time in 11 years Padernacht will serve on the board, but not occupy a chair position — whether on the traffic committee, or at the head of the community board itself.

Why? He wants to make room for new leadership.

“I believe in new people (and) new vision after a certain period of time,” Padernacht said. “It’s been four years since I became the traffic committee chair again, and I think it’s time for new leadership of the committee and somebody else to come in with a fresh perspective, because I think that’s what’s best for the community.”

After all, it was not long ago Padernacht himself was that new perspective he’s now looking for. Eleven years down the line, he’s definitely become more acquainted with and understanding of local politics — which wasn’t quite the case when he joined the community board in 2009.

Appointed by Bronx borough president Ruben Diaz Jr., Padernacht immediately joined the housing and public safety committees. But only a year later, the traffic and transportation committee chair position opened up, and with encouragement from some of the board’s leaders at the time, Padernacht submitted his name for nomination.

Sure enough, he began his first stretch as the committee chair not long after. Padernacht described the first six months on the job as a “trial by fire.” However, he didn’t face the obstacles of running a community board committee alone.

“The former chair of the board, Damian McShane, really helped me in that first six months of being a committee chair,” Padernacht said. “As did Chuck Moerdler, who I learned a lot from, and Rosemary Ginty as well. The three of them had much more government experience than I did. And they really helped me out in that first year of being the chair.”

That support made a difference for Padernacht, who rose from that position to lead the entire community board. When Ginty succeeded him after his third term came to an end, Padernacht had planned to take a year off from any leadership positions on the board. But that changed when the leadership position of his old committee opened up.

Before long, Padernacht was back in familiar territory, and would stay there for the next four years through Ginty’s leadership of the board, and now the first year of Laura Spalter’s tenure.

Although there are some “big-ticket” items that have remained on Padernacht’s agenda as chair — including sidewalk installation on the north side of West 254th Street by SAR Academy — there is so much more that happens behind the scenes.

“Most of the things I’ve done over the years as traffic chair are smaller things that most people don’t see,” Padernacht said. “And that’s the everyday phone call. It’s an email. It’s an accumulation of matters that are important to people in their everyday life, and it’s just addressing those in a responsible and professional manner with as much information that you can to advocate for the community.”

And to Padernacht, making those calls and sending those emails are part of the gratification he gets from the position.

While serving as a committee chair can certainly be time-consuming, it’s worthwhile when he can help solve a problem, or share something new with someone they didn’t know before.

“It’s … rewarding when you call somebody back and you can give them information and they’re happy just to know about it,” Padernacht said, “or you’re able to change the way a utility is operating — or the way an agency is operating — to make the quality of life just a little bit better for somebody today.”

Padernacht is excited at the prospect of new blood leading the traffic and transportation committee. And while he hopes to resolve as many outstanding issues as possible before his term is up, he also plans to meet up with his eventual successor to ensure a smooth transition when the time comes.

Still, Padernacht plans to stay involved with the community board going forward. And of course, he has a city council primary campaign to focus on as well.

But after that’s all said and done, after the race is run and the seat is vacated, he plans to take a moment simply to breathe.

“After June 30, I think I’ll take some personal time and just gain perspective,” Padernacht said. “Then reflect as much as I can on the last five years, and on the very next day.”