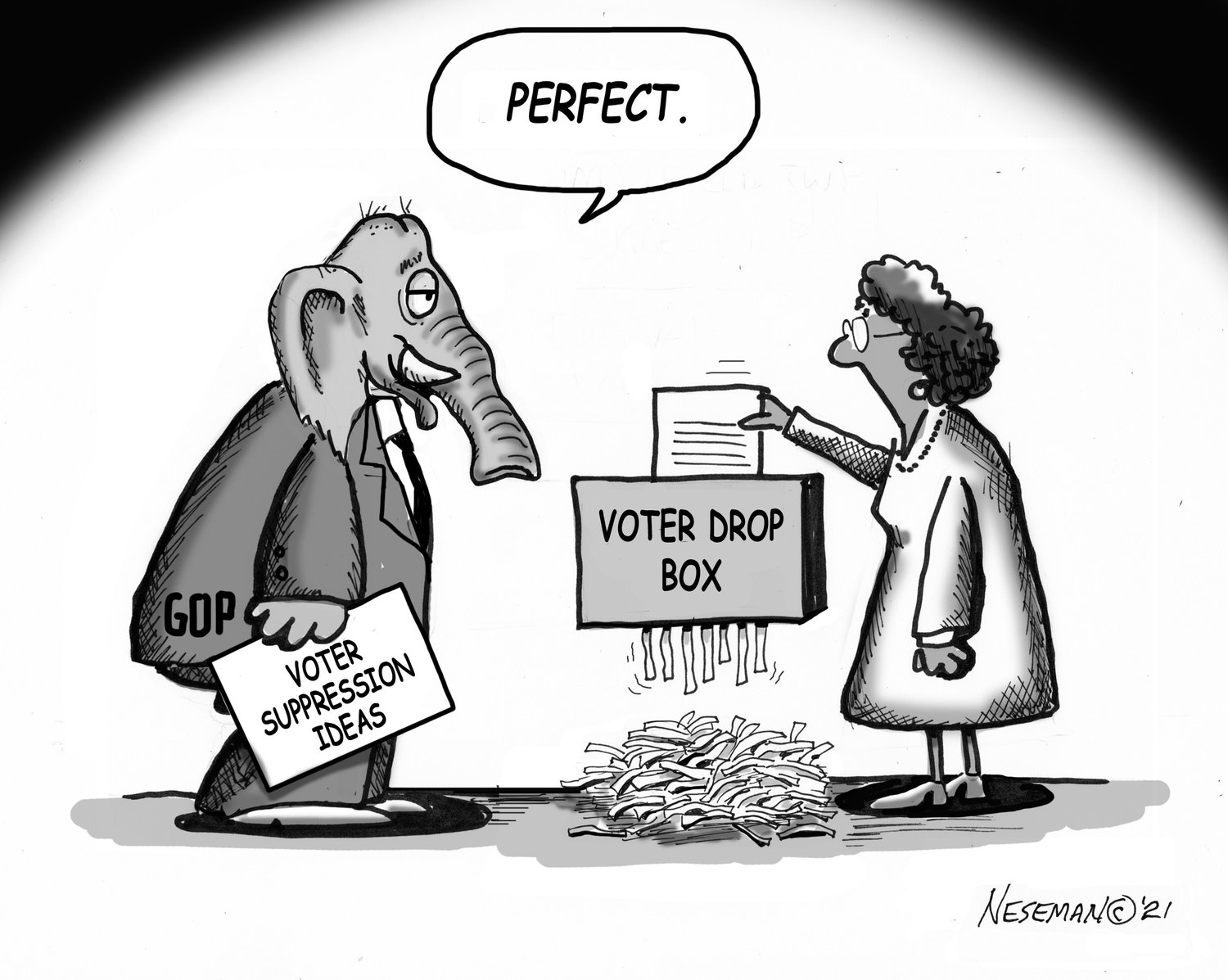 As a country, we generate somewhere in the neighborhood of 300 million tons of municipal solid waste each year — roughly five pounds of waste each day for every man, woman and child, according to the U.S. Environmental Protection Agency.

Nearly half of that waste comes from two sources — food and paper products. Another 12 percent comes from plastic, which seems to find itself dumped into some cash-starved country overseas, or just directly into our oceans.

How we as a society dispose of waste is a complicated debate older than anyone reading these words. In more recent decades, it seemed we had found the answer: recycling. But even that has become a controversial and expensive proposition for governments, with claims that some recycling efforts are actually more environmentally damaging than simply not recycling.

Albany lawmakers have zeroed in on a solution many of their counterparts in other states have also found. It’s known as extended producer responsibility, a concept that passes on all the costs of properly disposing a product to the creator of that product, and ultimately the consumer.

Developed in the early 1990s by the Swedish academic Thomas Lindhqvist, it was believed imposing those costs on manufacturers would force them to find more environmentally sustainable ways of creating those products. It’s actually not a bad idea, especially in New York City, where the collection and disposal of recyclables cost more than $200 million a year.

Long Island state Sen. Todd Kaminsky introduced what has since become S.1185B, which requires companies manufacturing products that aren’t considered environmentally friendly to develop and implement an approved “producer responsibility plan,” while absorbing all the associated costs to put such a plan in action.

On the list of those products targeted by Kaminsky’s bill are newspapers, like the very one you’re holding. And it’s true, newsprint is produced by harvesting trees. A lot of them. Which can sound quite alarming, especially when such details are shared with other environmental calamities like deforestation.

Except paper production doesn’t cause deforestation. That’s actually agriculture and land development, primarily. Instead, paper production’s impact to forests is actually a net positive. Not only are harvested trees quickly replaced, but they are joined by more trees.

In fact, the land covered by forests has grown nearly 5 percent between 1997 and 2012, according to Gary Scott, a SUNY College of Environmental Science and Forestry professor. The U.S. Department of Agriculture backs up those claims, showing that forested land comprises of more than 760 million acres — slightly more than what the United States had a century before. All of that despite the fact our country’s population has tripled since 1910.

If we are using so much paper, how is this possible? Because paper manufacturers saw the devastation timber harvesting had on our forests in the 19th century, and decided to do something about it.

That means planting more trees than harvested. That means managing forests. That means targeting slow-growing or defective trees when possible, or using leftover wood from other lumber-intensive activities that would’ve otherwise been tossed in the trash.

And most importantly, more paper is recycled on an annual basis than metals, rubber, wood, plastics and glass — combined.

Newspapers, by the way, make up just a fraction of the paper product waste we all dispose of every day. Most of it comes from packaging. And sure, companies can be encouraged to find more environmentally friendly alternatives to packaging products. But for newspapers, that paper is the product.

More than 66 percent of all recycling is paper, yet paper accounts for just 23 percent of total waste. Even the paper that does end up in landfills decomposes in as little as two weeks compared to plastic, which takes between 10 years and a century.

Could more paper be recycled? Sure. But including newspapers in such a bill ignores how we are different from packaging, and that we have already focused a lot on the environmental impacts not just of how newspapers are disposed, but even how they are created and its raw materials are sourced in the first place.

And let’s not forget, newspapers are a major players protecting the environment in our role as a societal watchdog. If reporters aren’t around to hold polluters accountable, for example, then who will?

One peer-reviewed study published a few years ago in the Journal of Environmental Economics and Management showed that toxic emissions from manufacturers were 29 percent lower in areas covered by local newspapers than areas that aren’t. That’s no coincidence.

News outlets have always endeavored to be good citizens. Kaminsky seemed to recognize this by offering what he considered to be a compromise — let newspapers pay for such impacts through advertising space.

It’s an appreciated gesture, but a closer look on exactly how newspapers impact the environment leads to a simple conclusion: Newspapers should be excluded from S.1185B.