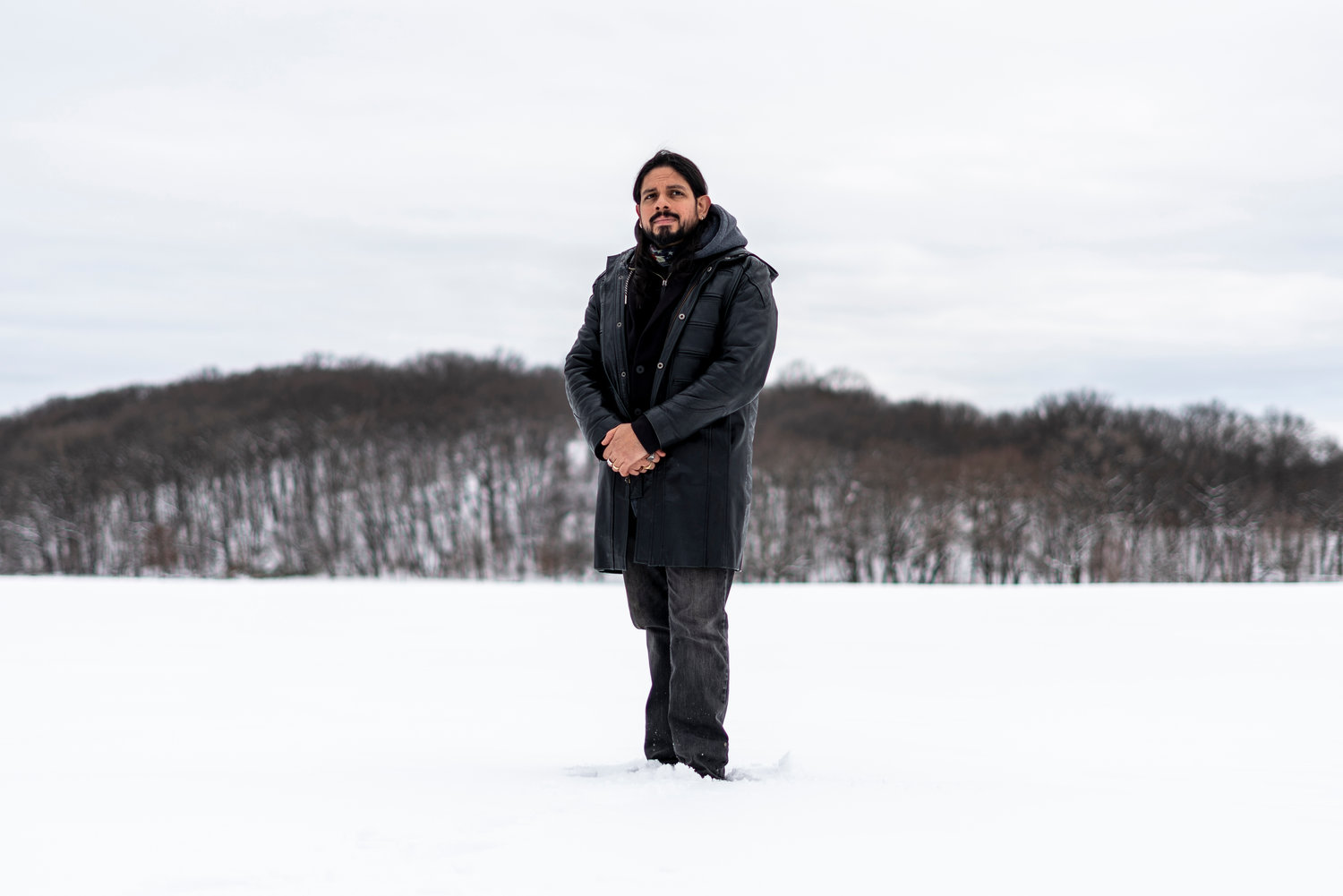 Kevin Pazmino, the newest candidate in the race to replace Andrew Cohen on the city council, is running his campaign entirely by himself because he’s not accepting major campaign contributions. Concerned with what he says is a societal shift toward socialism, Pazmino wants to lessen dependence on government programs.
HIRAM ALEJANDRO DURÃN 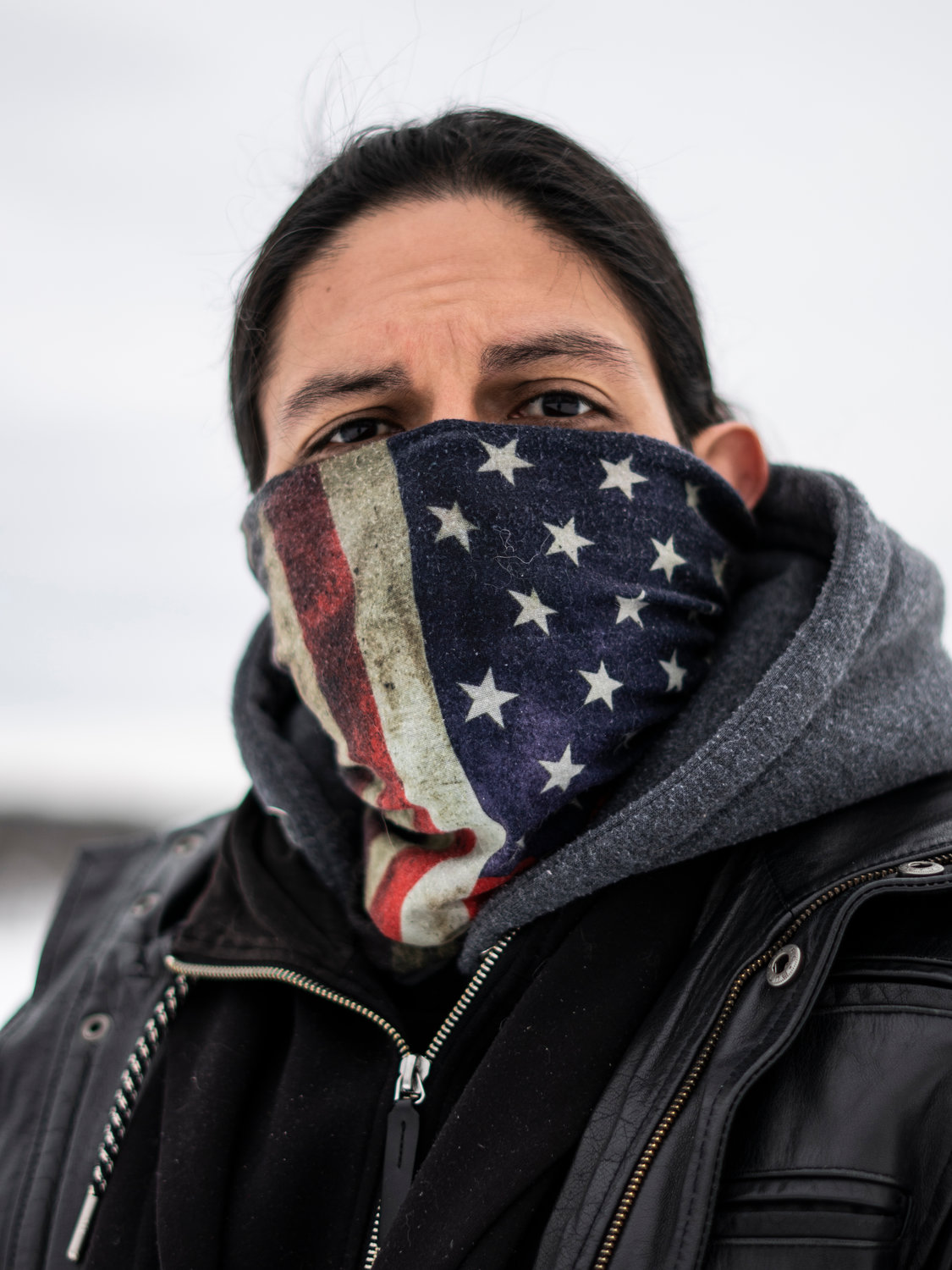 City council candidate Kevin Pazmino stands out as the only conservative in the special election race for Andrew Cohen’s former city council seat. He wants taxpayer money to go directly back to neighborhoods giving such money, instead of the organizations that typically provide social services.
HIRAM ALEJANDRO DURÁN
Previous Next
By ETHAN STARK-MILLER

After a divisive 2020 election season that pit many against a president they said went too far, Kevin Pazmino is concerned about the direction his country is headed.

With Joe Biden moving into the White House and Democrats taking over both chambers of Congress, Pazmino worries government is moving too far left, squelching the voice conservatives like him have in politics.

“I just don’t really like this whole push that’s been going (on) toward socialism, and it just feels like that’s the direction everybody’s going in,” Pazmino said. “A lot of people stay on the sidelines and just talk and grumble about it, and I find that it really doesn’t serve a purpose.”

A freelance videographer, Pazmino is the last to enter the March 23 city council special election race to replace Andrew Cohen. He’s joined a crowded field with five competitors, but is proud he stands out as the only right-wing candidate in the race — an anomaly in the heavily Democratic council district, not to mention the borough overall.

He supports Donald Trump, and has declared his special election party the Patriot Party — inspired by the new party Trump suggests he may start as an alternative to the Republicans.

The North Riverdale resident says he’s running for city council because he wants to help his neighbors recover from the coronavirus pandemic by rethinking the way local government provides assistance to those in need.

“I’m looking toward community-based solutions,” Pazmino said. “I want to make sure that all of our taxpayer subsidies — whether they’re federal or state — are directed toward our neighborhoods and our streets. Moving people off of the government system and empowering them to start their own businesses.”

This model would lessen dependence on social safety net programs, Pazmino said, which in turn would allow the city to lower taxes. It’s an important step toward revitalizing the economy.

He doesn’t believe in taxing the rich to pay for social programs because it’s ultimately going to drive wealthy people out of the city and hurt the economy overall.

Another problem, Pazmino said, is the city often gives contracts for running social programs to what he sees as ineffectual corporations and non-profit organizations. Instead, the money should go directly to individuals and businesses in a specific neighborhood.

Pazmino says he can accomplish this by treating the council office almost like a human resources department in a company — serving people in the community who need support.

“So, if you’re unemployed, come drop your resume off with us,” Pazmino said. “We (will) help you, give you guidance in terms of how to incorporate yourself” as a working member of the community.

For instance, if there’s a snowstorm and you’re a low-skilled worker — you could work with the council office to shovel snow in the neighborhood and get paid for it, Pazmino said. Or when it comes to feeding the hungry, taxpayer dollars should go directly to neighborhood restaurants, who could then lower their prices, making food more accessible for low-income and homeless people.

“I’d rather give the restaurants and delis on the block money that’s supposed to be toward feeding the homeless, feeding the less fortunate … and allow them to lower their prices for people in the community, then once again pay some giant conglomerate or some bloated not-for-profit that’s a special interest,” Pazmino said.

How he would manage such a system to ensure taxpayer money is used as intended was something Pazmino didn’t make clear. He also didn’t say where the money would come since he also wants to significantly cut taxes.

Pazmino’s parents immigrated from Colombia and Ecuador. He grew up in nearby Rockland County and attended SUNY Albany — all with the intention of going into local politics. After graduating, he started substitute teaching and taking police officer exams so he could learn how local government works from the inside.

However, Pazmino quickly became disenchanted with the central role of money in politics and gravitated instead toward another passion of his  — film production. After attending the Connecticut School of Broadcasting, he worked as a production assistant on the 2007 Will Smith film “I Am Legend.”

He took assistant director jobs on smaller independent films, and over the years, gravitated back toward working on popular shows like “Sesame Street,” he said.

Working as an assistant director gave Pazmino the skills he said he needs to be an effective and creative city councilman. On film sets, he handles all of the logistics of breaking down a script and scheduling with various departments, sorting out issues and timing. He believes he can improve the efficiency of local government by using these same skills.

Pazmino is against money in politics, so he’s keeping his campaign budget to less than $1,000. In fact, he’s not accepting any cash donations except for some small in-kind donations to purchase palm cards and other campaign necessities.

Having an almost empty war chest does have its downside though. Chief among them? Pazmino runs his campaign alone. This means he, as an individual, must cover ground in the district’s multiple neighborhoods stretching from Riverdale to Woodlawn, trying to familiarize voters with his message.

Pazmino’s five competitors have tens of thousands of dollars in their coffers and campaign staff fanned out around the district connecting with voters.

It’s not a leap to say that very little money and no campaign organization puts Pazmino at a significant disadvantage. Yet, he thinks his lack of money and resources makes him a more authentic and accessible candidate.

“I don’t want anybody’s money. I want their vote,” Pazmino said. “I’m really just about getting out there, grassroots talking to people, finding out what it is they need.”