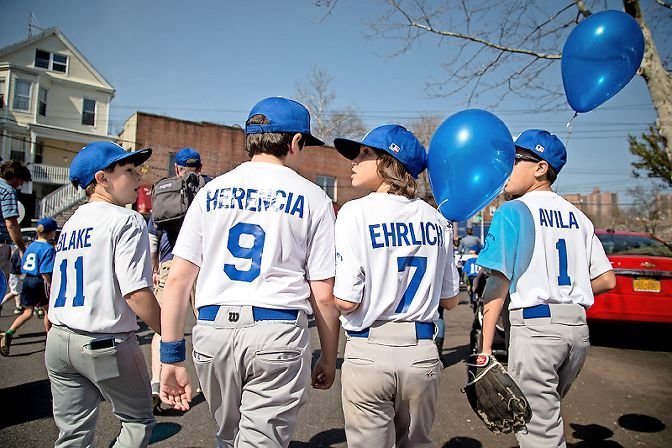 Back in 2018, these players were gearing up for the first game of the season. This year, they’ll have to wait — maybe even until next year — to get back into the game.
EIAN KANTOR / File 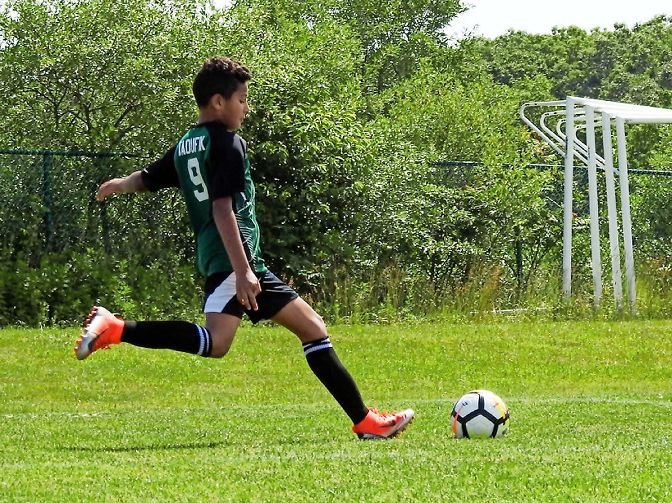 Last summer, the Riverdale Soccer Club Avengers came up short in their state club final. With the coronavirus pandemic still wreaking havoc locally, the Avengers won’t get a chance to avenge that defeat, although some hope remains soccer could return for the fall.
Courtesy of Larry Chaifetz 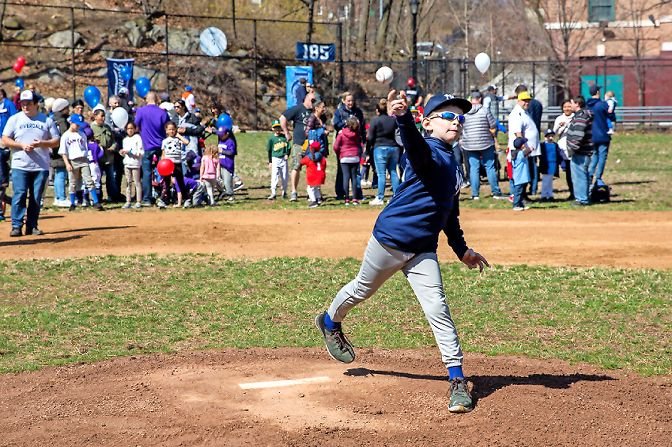 Noah Lieberman throws the first pitch to open the North Riverdale Little League season last year. His peers won’t be as lucky this time around. With no field permits being issued, youth sports leagues across the city won’t get the chance to go up to bat until at least the fall.
EIAN KANTOR / File 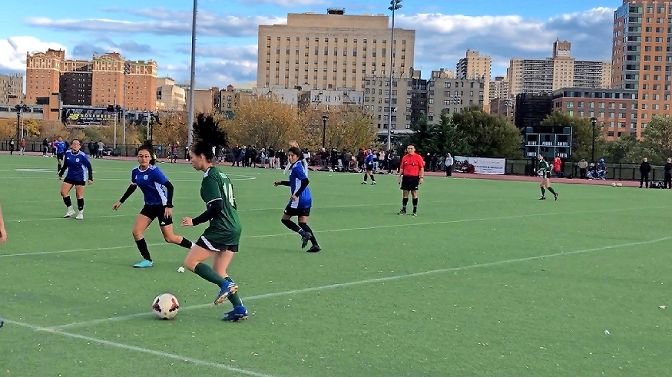 With the city issuing no field permits, organizations like the Riverdale Soccer Club can’t hold any officially sanctioned games. The club has hosted practices over the online videoconferencing app Zoom to keep players engaged while apart. They hope to play again in the fall.
Courtesy of Damian McShane
Previous Next
By CHEYENNE UBIERA

When the third phase of Gov. Andrew Cuomo’s economic coronavirus reopenings reached the city just after the Fourth of July, among those “old normal” pastimes allowed to return were “low-risk” youth sports.

That was anything non-collegiate and recreational, like baseball and softball leagues and soccer clubs allowed to host games with up to two spectators per child in attendance.

It was great news for young athletes itching to get back on the field. When the state shut down back in March, the city’s parks department canceled all field-use permits for the spring season — a move that continued throughout the summer.

And it continued, even after Cuomo gave the greenlight for youth sports to continue. Applications for these permits now aren’t expected to be available until next week, but even then a number of question marks remain.

While the state has provided minimum requirements for the return of normalcy in the wake of the pandemic, Mayor Bill de Blasio has taken a much more cautious approach. Even when it comes to schools, de Blasio is going beyond state minimums with the worry that despite weeks of the lowest coronavirus infection rates in the nation, just about anything could trigger a recurrence in New York.

Over the summer, some of the older girls’ softball teams acted as travel teams, playing in Westchester County — where there were less local restrictions — while the status of their home field remained up in the air.

The South Riverdale Little League would love nothing more than to hold games on their own fields, said Peter Gauss, the local league’s co-president. But it seems that handing out permits isn’t a priority for the parks department.

“Here we are with a month left in summer,” Gauss said, “and there’s nothing for us to do.”

Planning for the fall season has been difficult as feelings of uncertainty weigh heavily on the league. Organizers were right in the middle of registration for the summer when the season got canceled, forcing the league to refund parents who already had paid their fees.

Some families chose instead to have their fees donated to the league, while others decided to roll their money over for the fall. While Gauss says there are no fears of the league dissolving, he admits there will be a struggle, at least for the foreseeable future.

“We’re definitely aiming for a fall season,” Gauss said. “But, ultimately, it’s up to whether or not parks issues these permits.”

Other leagues have been sidelined in recent months as well. The Riverdale Soccer Club lost its spring season, leaving the players and management — like club president Damian McShane — hoping for the best and doing their part to prepare for the fall. That is, if the parks department gives its blessing.

There have been a number of conversations amongst board members on how to move forward into the fall, McShane said. With a light-contact sport like soccer, it’ll be difficult at times to properly maintain distance between players. They’ve proposed policies such as requiring players to wear face masks and limiting the number of spectators at games.

The restrictions will feel strange at first, McShane said, but it’s the club’s duty to follow important guidelines, like the ones that are a result of the pandemic.

“We think it’s good for the kids to play soccer,” he said. “But it needs to be done safely.”

To help with frustrations, McShane and other board members volunteered to hold practices over the online videoconferencing app Zoom. This allowed coaches to stay in touch with players while keeping them focused on soccer. These sessions included drills, mechanics, and even updates for  parents on when they might return to the field.

“When the time comes for us to start the season,” McShane said, “we want to make sure the parents are the first to know.”

Marion Martin can’t wait to hear that news. Her sons, Eamon and James, have been in the soccer club for nearly a decade. Until now, they’ve been cooped up inside their homes and have just started going outside to shoot hoops with friends.

“It’s not anything organized,” she said. “I can tell how much they want to get back on the field.”

As a nurse, Martin knows there are risks with having players return to the field. However, McShane and other board members have discussed these issues, and because of that, she has no fears of letting her boys play if the fall season comes to fruition.

With the necessary safety measures in place, Martin believes the benefits of holding the season will outweigh any risks.

For right now, the boys are content with watching soccer on television. But Martin knows they can’t wait to grab their cleats and head outside.

“At least they’re entertained,” she said. “But I would love to see them play again.”