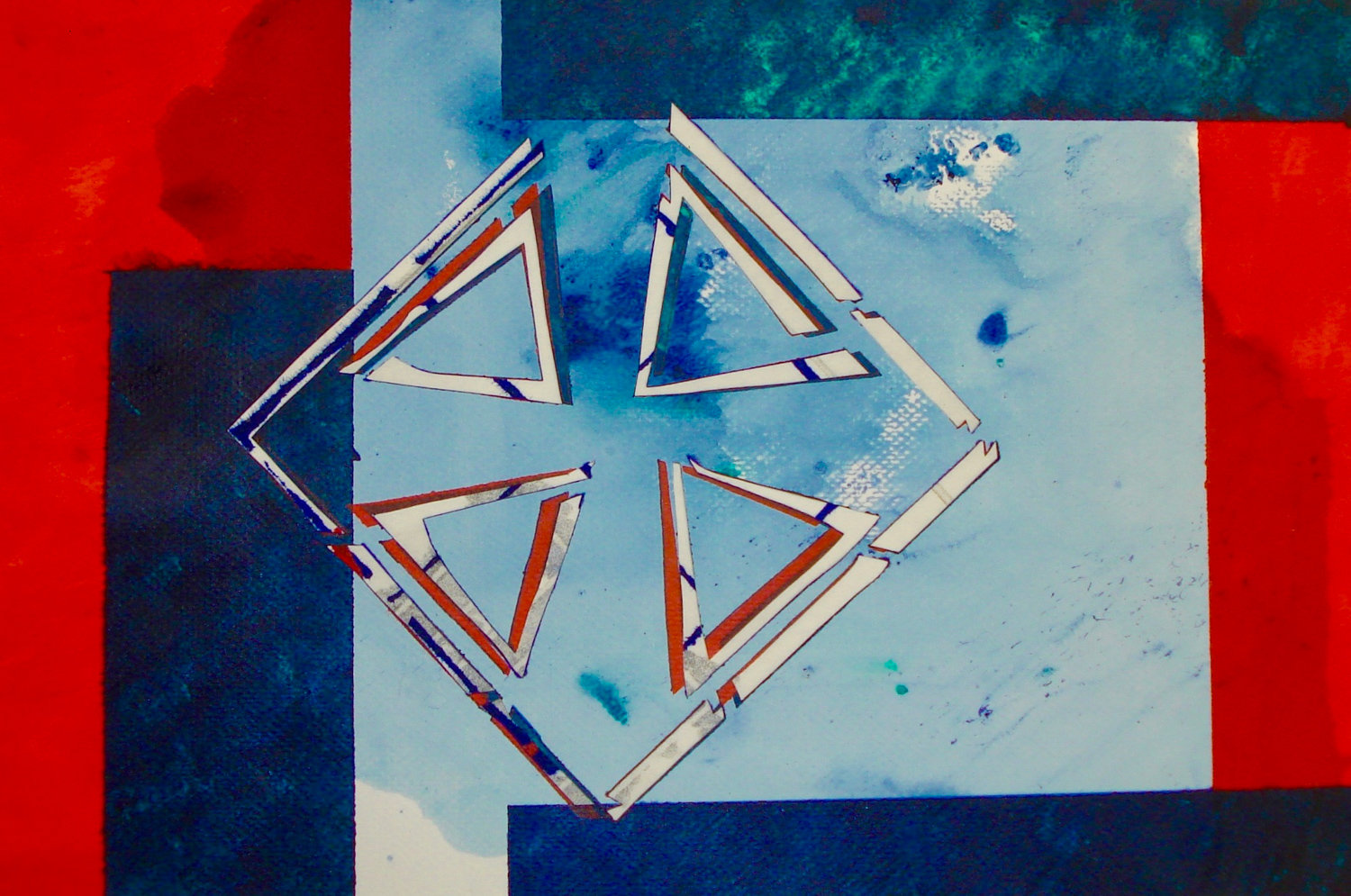 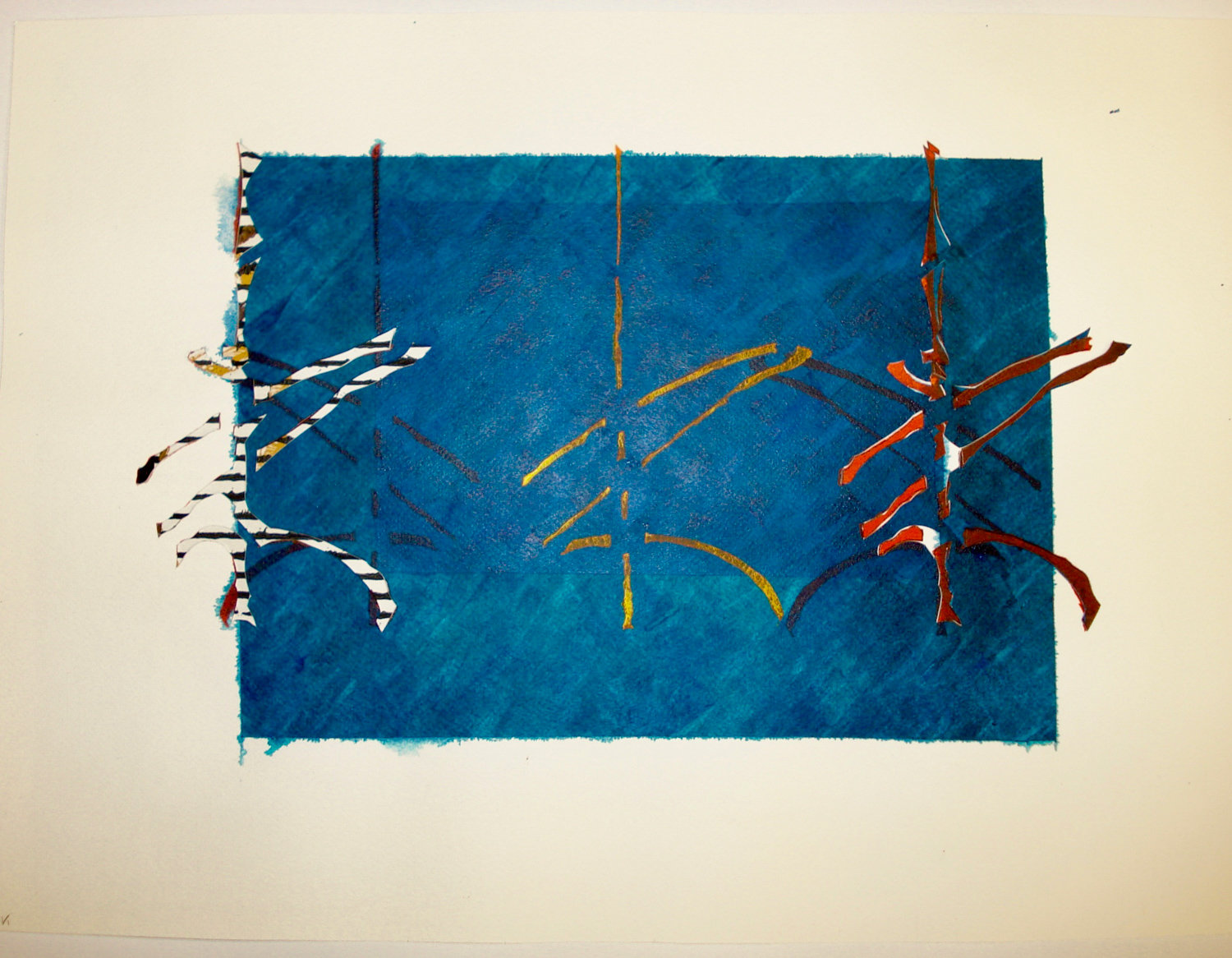 The Riverdale Y kicked off its 2020 season with the exhibition 'Fault Lines,' which brings together a collection of Philip Feller's nature-inspired prints, through the end of January.
Courtesy of Philip Feller 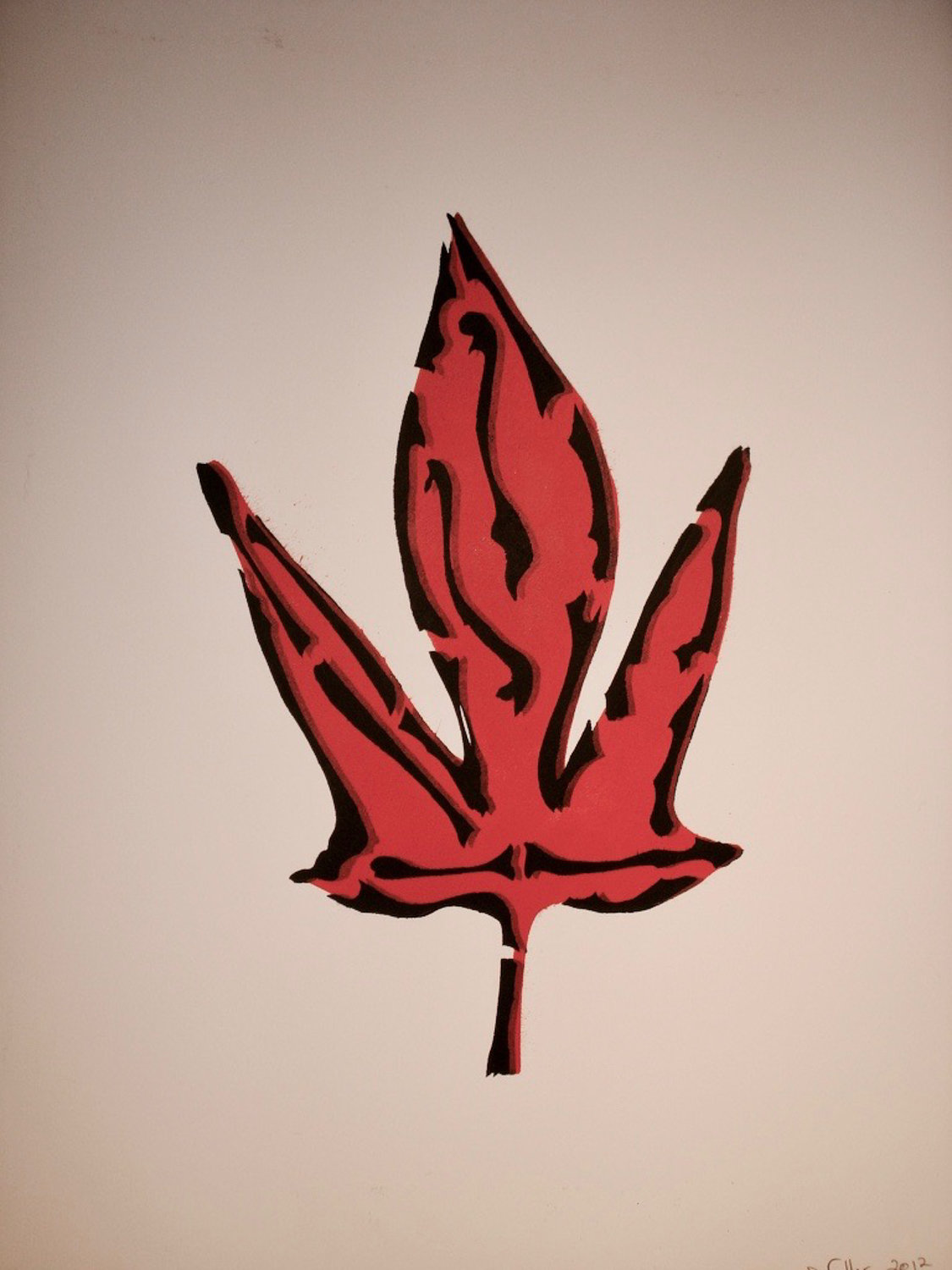 For his latest exhibition, artist Philip Feller drew inspiration from fault lines as they appear in nature, as well as leaves and other objects.
Courtesy of Philip Feller
Previous Next
If you go ...

Imagine spending an entire youth, adulthood and middle age doing a single craft. One that’s laborious, specialized and dangerous all at once.

Imagine emerging from that as an artist, ready to reveal the work that’s been hiding behind the curtain for decades.

Ex-stagehand and printmaking artist Philip Feller embodies that scenario. Since his retirement from the theatre world, he’s exhibited work at galleries in Manhattan, Yonkers, and now, at The Riverdale Y’s Gallery 18. Living in one world for so long and diving into another may seem difficult, but Feller’s background in theatre work was nothing if not intense and rewarding.

“The stagehand world was odd,” Feller said. “From age 16 in 1964 to age 67 in 2016, that’s what I did, day in, day out. They’ve got a great union that keeps up pay and safety because it’s long hours, eight days a week. But something that struck me about it — and the reason I did it for so long — is that after all the work, you’d be sitting there in the dark, and then watch Zero Mostel walk onto the stage you helped build. All that kept me going.”

Years later, as Feller continued a back-breaking job and going to college, he began expanding the world he’d already known by remarkably scaling it back.

“I was fortunate in both the theatre world and into the art world,” Feller said. “In college, I started drawing — I went from these enormous sets and these big jobs that was sort of craft-labor, to something much smaller and more personal. It’s when I started making connections between old and new ideas that really informs my work today.”

Drawing became printmaking, a process which involves transferring images onto a surface. At 24, Feller began developing his own methods. His show at Gallery 18, “Fault Lines,” is in its final days at The Y, and hosts entirely new pieces from Fuller’s most recent artistic method: stenciling. The work and content remain rooted in his history of theatre and his solitude.

“I was inventing a process of printmaking that came out of two things,” Feller said. “Having no money and no space. I’d start at my desk, it’d fall onto the floor, and suddenly the only surface not covered by a new print was my bed.

“All the work I made was in isolation. It’s serendipitous. Finding meaning in these designs and art, even for me, is a little hard. Since I retired, I’ve grown as an artist because I finally started talking to and learning from other artists.”

Feller’s foray into the art world wasn’t without its hiccups, however. Maria Neuda, present curator of Gallery 18, admits that, technically, a show featuring Feller wasn’t even her choice.

“If I’m honest, I wasn’t too excited about it,” Neuda said. “His work didn’t seem like what I was hoping to do for this gallery. That is, until I saw the picture files for his work. Then I knew that, while I have my own ideas about future shows, Philip’s work certainly had a place here.”

Gallery 18, at first glance, is a hallway near the entrance of The Y, 5625 Arlington Ave. In truth, it’s the painstakingly maintained endeavor that’s been a feature of the institution for more than a decade. Neuda’s predecessor, Joyce Dutka, had a goal for the gallery as a platform featuring the work of local artists. While that may have been the backbone of Gallery 18 during Dutka’s tenure, it’s not Neuda’s.

“A lot hadn’t been done yet,” Neuda said. “I saw potential in the space, and I knew that beyond a cosmetic adjustment to, say, how the exhibit banner was positioned, there were simply different artists and art that I wanted to show.”

Neuda couldn’t remember the last time the gallery hosted a show that was purely prints, the result of a medium still regarded as an antiquated copying method. Feller experiences this reaction regularly, and hopes to clarify that conception with his own work.

“Printmaking was for duplication,” Feller said. “But it isn’t any more. It may be different from painting, or, the king of the arts, but it involves a lot of the same ideas. After all, I use similar materials, similar methods, and express similar ideas. I don’t really get how it’s different.”

Despite Neuda’s hopes for gallery’s curatorial aims, she remains impressed and excited about Feller’s show.

“I don’t want pretty pictures,” Neuda said. “If I wanted pretty pictures, I wouldn’t have cared about Philip’s work, and I wouldn’t be reaching beyond the confines of Riverdale to other artists with other experiences. Philip’s is a wonderful start to that.”