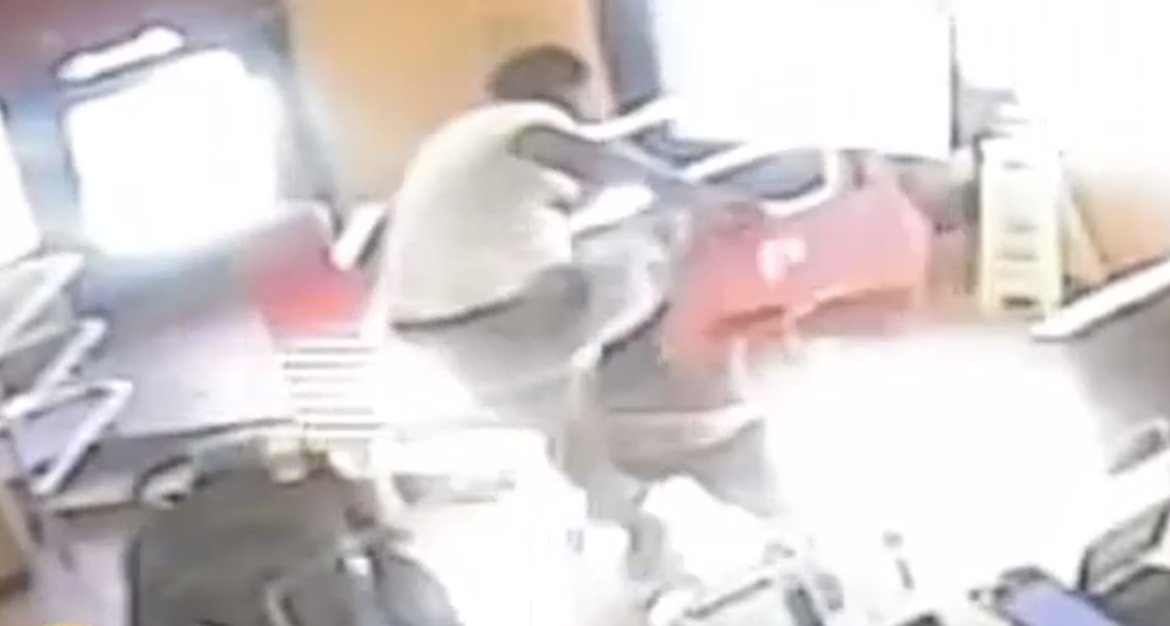 Police are trying to find a man they say attacked and robbed a woman inside a Popeye's restaurant on Monday in the southernmost part of Kingsbridge Heights.

A 25-year-old woman was placing her order at the 118 W, Kingsbridge Road fast food restaurant at dinnertime Monday when, according to police, she got into an argument with another customer. The argument escalated into violence when the man started punching the woman repeatedly and knocking her to the floor, according to video of the incident.

The man then allegedly took the woman's cash app card, which had $37 on it, and ran out the front door, police said. He was last seen heading east on Kingsbridge Road in a silver BMW sedan.

The woman had some bruises, but otherwise refused medical attention.

Police are looking for the man they say started the attack. He's described as 30 years old, dark complexion, 220 pounds, 6-foot, with short dark hair. He was last seen wearing a white Nike T-shirt with the word "Beast" on the front, along with gray Air Jordan shorts, black sneakers, a blue surgical mask, and carrying a red bag.

To see video of the incident and of the man police say they're looking for, click here.