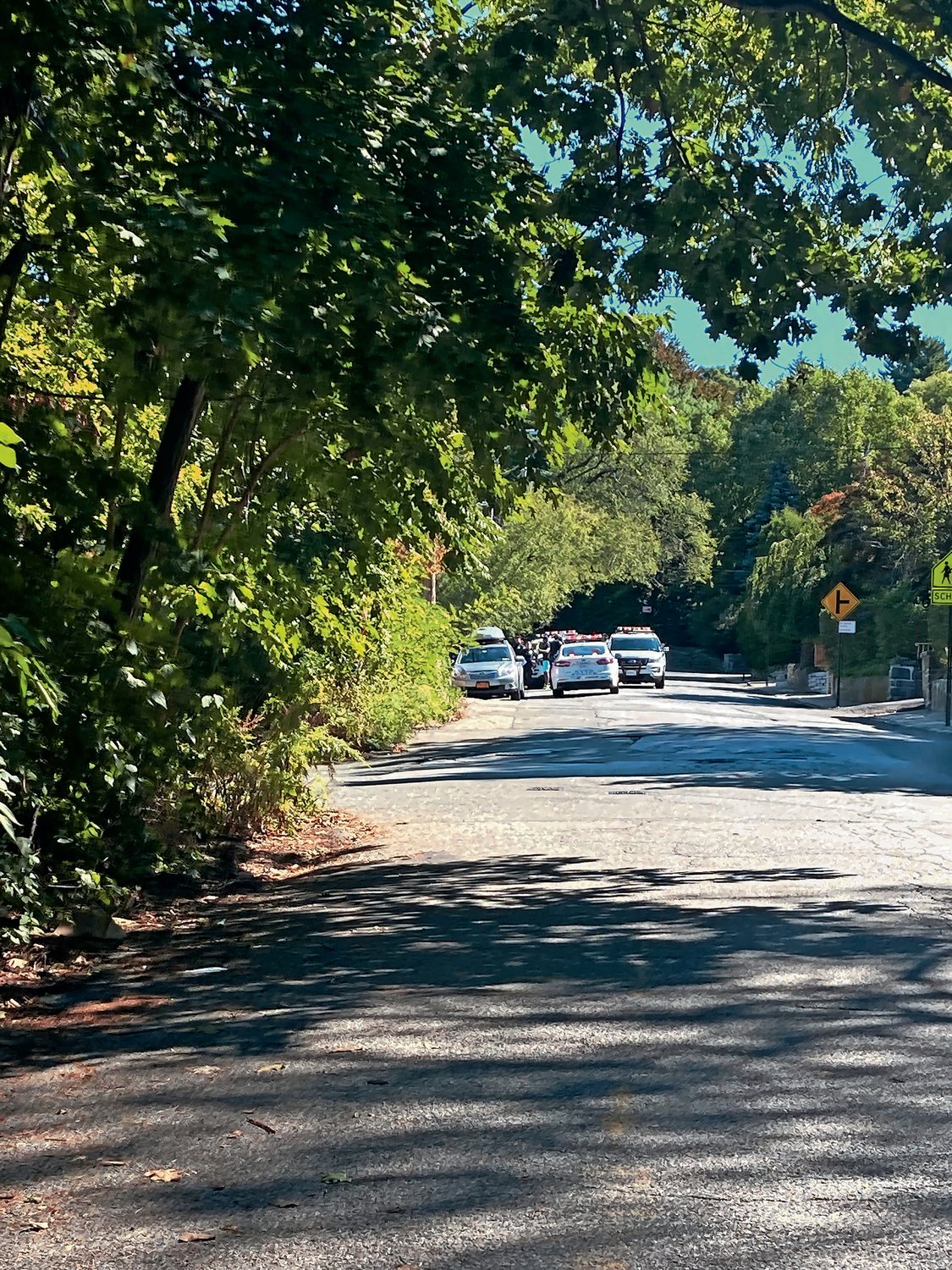 Multiple police vehicles from the 50th Precinct responded to a carjacking at West 254th Street and Sycamore Avenue near SAR Academy Tuesday morning. Police are looking for two people who fled in a stolen 2021 Toyota RAV4 with a victim in the back seat. The victim was located Tuesday afternoon in New Hyde Park on Long Island, police said.
Contributed photo
By Abigail Nehring and Gary Larkin

Police are searching for two armed suspects in a carjacking Tuesday morning near SAR Academy in Riverdale.

Police responded to a call at 11:47 a.m. after two perpetrators sped away from West 254th Street and Sycamore Avenue in a stolen 2021 2021 Toyota RAV4 with a passenger still in the back seat.

The perpetrators approached at gun point and forced their way into the vehicle, police said. The victim was located within hours in New Hyde Park in Nassau County on Long Island but the two suspects were still at large Tuesday afternoon and the vehicle had not been located.

The incident took place just outside the SAR Academy, which was closed Tuesday for Rosh Hashana.

A local woman reported seeing six police cruisers at the crime scene. Officers were interviewing people on the street Tuesday afternoon, including a couple who may have been victims in the carjacking.

The woman said one person being interviewed by police had his hands out in front of him as if he was going to be handcuffed.

The investigation is ongoing, police said, and no other details are available at this time.