Poll surprise: Bronx backs Cuomo over virtually everyone else 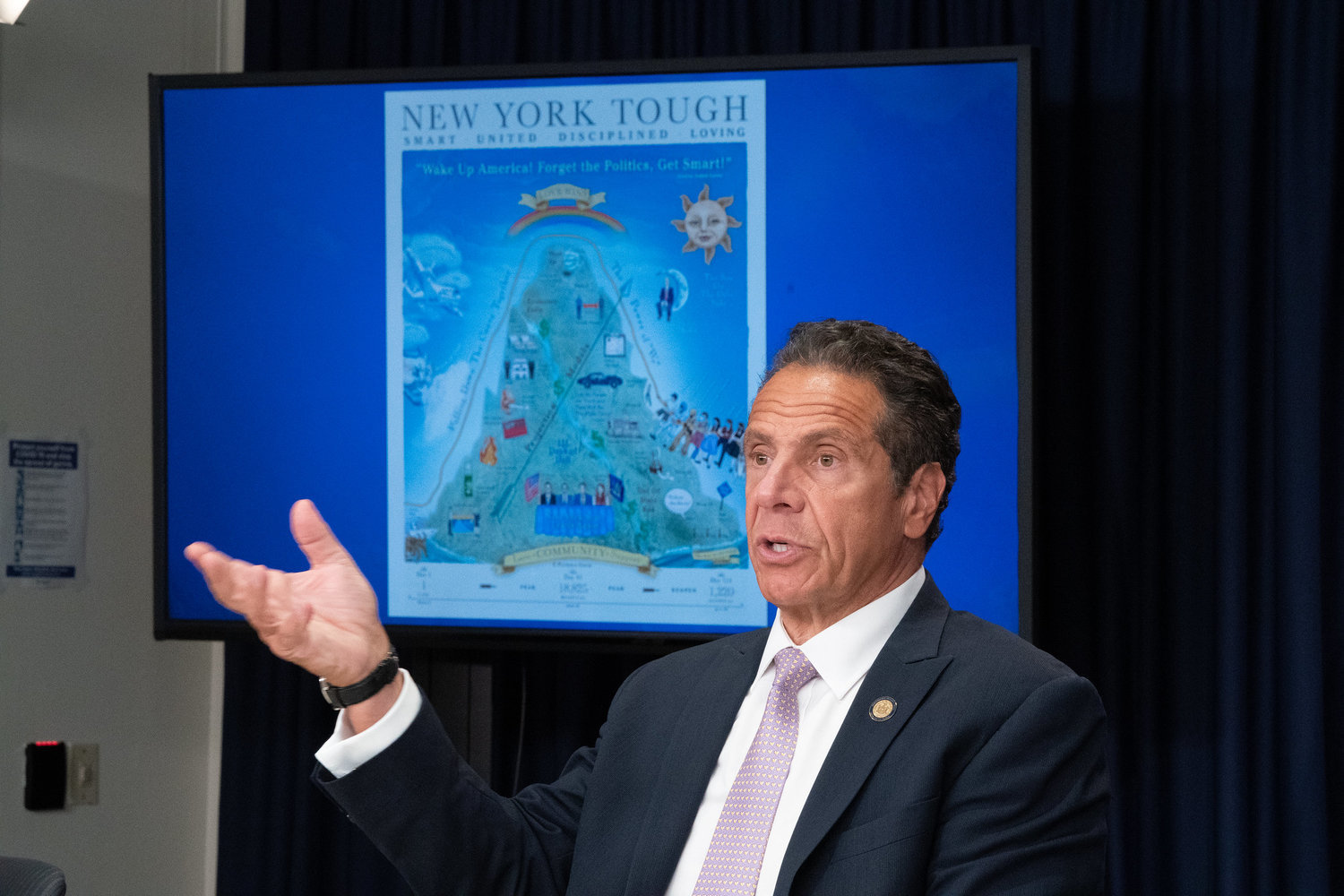 Andrew Cuomo is no longer the governor of New York. But if Democratic voters in the Bronx had their way, he'd lead the state again after next year.
File photo courtesy of New York Governor's Office
By MICHAEL HINMAN

New York City hasn't even finished the 2021 election, but a number of eyes are turning to state races next year with state attorney general Letitia James already jumping into the race for governor, with others like Mayor Bill de Blasio and Public Advocate Jumaane Williams not far behind.

But with the Democratic primary still a number of months away, who has a shot of representing the ticket in 2022? According to a new poll of likely Bronx voters conducted last week — and provided exclusively first to The Riverdale Press — it could very well be ... Andrew Cuomo?

Consense Strategies polled more than 4,000 likely Democratic voters in the Bronx last week, asking them to choose among a list of potential candidates who might seek the state's highest office next year. Most of the polling was complete before James made her official announcement last week, as well as before news Cuomo could face a criminal charge in the alleged sexual misconduct case against him.

Despite resigning from office in disgrace, 37 percent of Bronx voters appear to still prefer Cuomo — finishing not only well ahead of James at 18 percent, but also de Blasio and Williams. His successor — current governor Kathy Hochul — picked up just 10 percent support among likely voters.

There is one ray of light for Hochul, however. She leads among voters between 18 and 34, while Cuomo dominates among the rest of the age groups — with James also finishing strong among those 35 to 50.

Cuomo, however, has made no indication he is running for office. When he's removed from the equation, the race becomes quite different in the Bronx. James takes over the lead, but she shares it with de Blasio at 26 percent each. Hochul also improves, but to 16 percent, while Williams is not far behind at 13 percent.

James leads all age demographics with Cuomo out of the picture, except among those between 51 and 69, where she once again ties with the mayor.

But even if Hochul only faces one candidate in the Democratic primary, at least in the Bronx, she has her work cut out for her. Consense looked at four potential head-to-head matchups with James, Williams, and two other electeds — state Sen. Alessandra Biaggi and U.S. Rep. Jamaal Bowman.

In those matchups, Hochul loses to both James and Williams, but beats Bowman (by 30 points) and Biaggi (by six points), who she defeats with 56 percent of the vote.

The poll is representative of just one county, and a downstate county at that. How it reflects statewide is another question, and something Consense founder Christian Amato tells The Press he'll look to explore more in the coming months.

Read more about this polling and what this early snapshot means for the upcoming gubernatorial race in the Nov. 4 print edition of The Riverdale Press.