Portraits of a lost generation 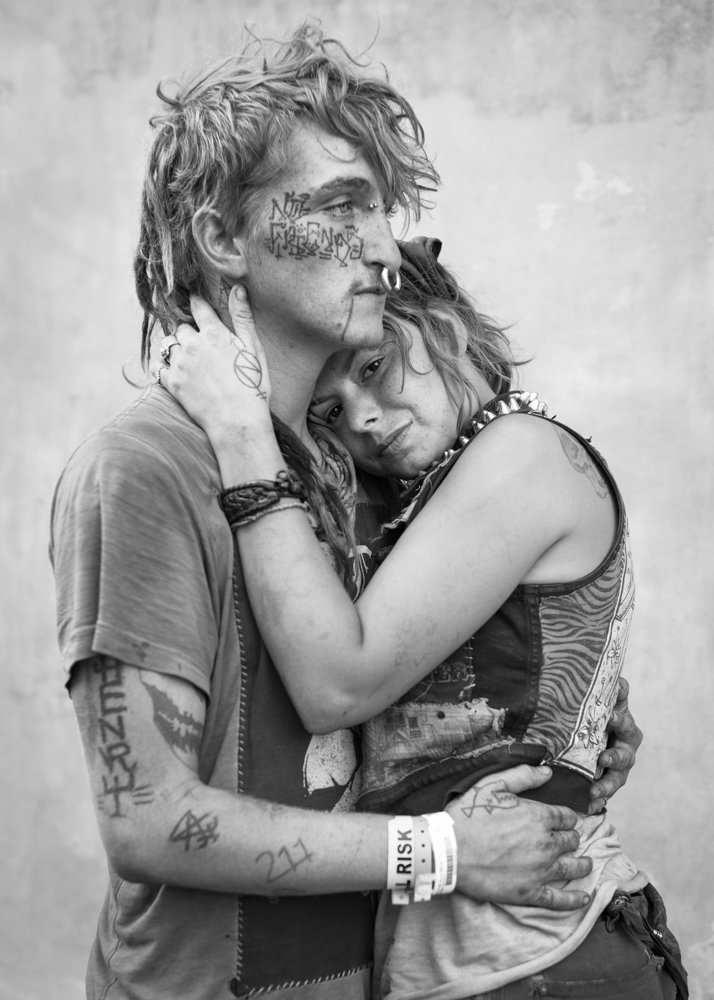 Alister and Sherie embrace each other for a portrait in New Orleans in 2017. Michael Joseph photographed them for ‘Lost and Found,’ a portrait series of people traveling throughout the United States by rail. It is on display at Daniel Cooney Fine Art through April 13.
Courtesy of Michael Joseph 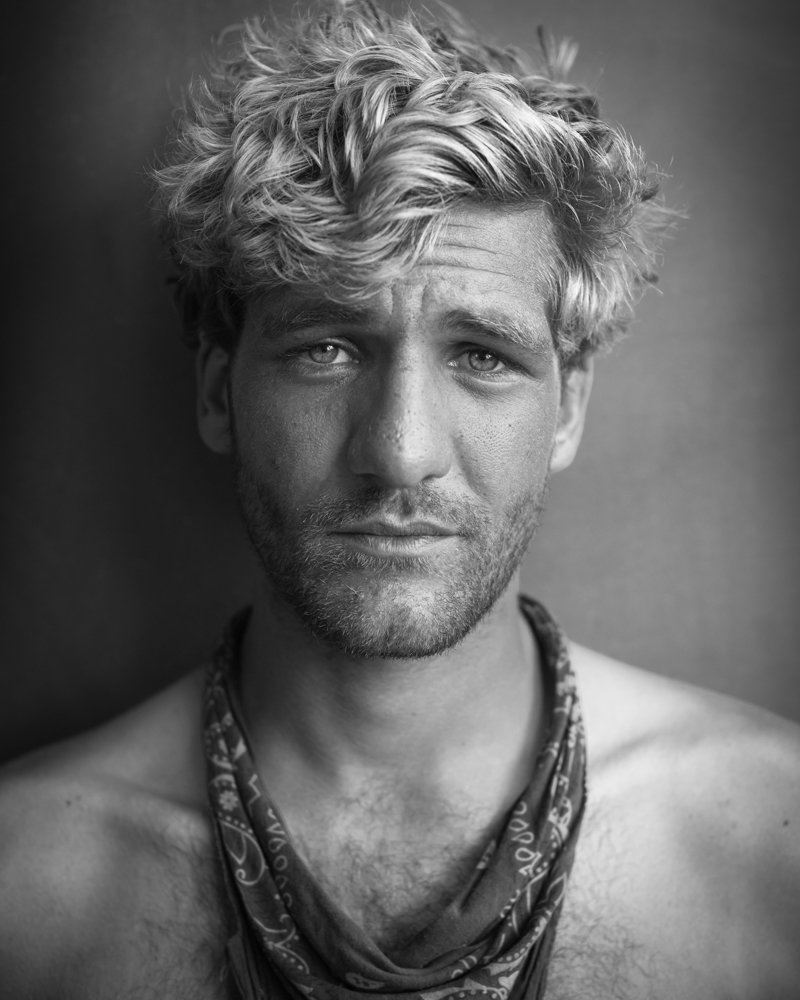 Michael Joseph photographed Shameless in Austin in 2013 for ‘Lost and Found,’ a portrait series of people traveling throughout the United States by rail. It is on display at Daniel Cooney Fine Art through April 13.
Courtesy of Michael Joseph 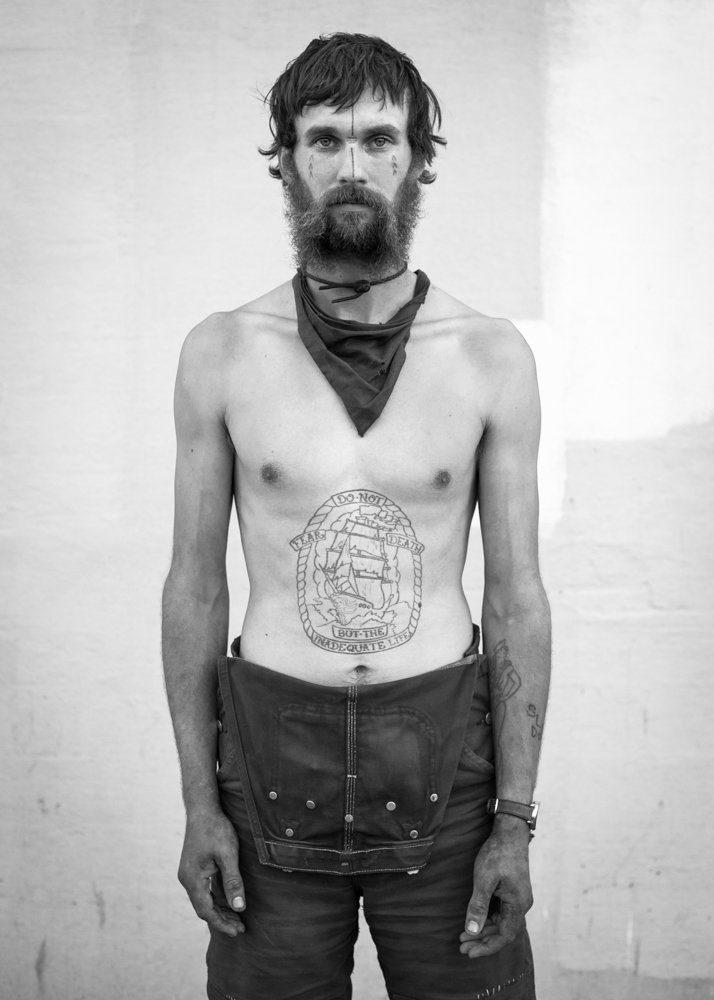 Michael Joseph photographed Billy Highsail in New Orleans in 2017 for ‘Lost and Found,’ a portrait series of people traveling throughout the United States by rail.
Courtesy of Michael Joseph
Previous Next
If you go ...

WHAT: Lost and Found

It was from the window of a Las Vegas taxi in late 2011 when Michael Joseph saw a face he knew he had to photograph.

Joseph was in the midst of working on “Close Strangers,” a project in which he took portraits of strangers to break out of the relentlessly repetitive cycle of life, and open himself up to new experiences. He hopped out of the cab, approached the man and asked if he could take his picture.

“He had an anchor tattooed on his face,” Joseph said, “and he had very striking blue eyes.”

The man agreed, and they spent a short amount of time together before Joseph had to leave. He later realized that he was missing two crucial things — the man’s name and a signed model release, a legal document granting the photographer the right to publish the image.

In August 2012, nearly nine months after that encounter in Vegas, Joseph was in Portland, Maine, working on “the same project when he saw a man with a bandana who might make for a good portrait. He brought up a portfolio of images on his phone to show the man, and as he flipped through, the man with the bandana recognized the man with the anchor tattoo. He did not, however, know his name, but talked about a loosely connected network of travelers traversing the country by train.

It wasn’t until later that year in New Orleans where at sunset on Decatur Street, a man called out to Joseph to have him take his picture. On seeing Joseph’s portfolio, he recognized the anchor tattoo, and knew his name — Knuckles.

From there, as Joseph traveled the country, he came across more of these travelers.

A new portrait series, “Lost and Found,” began to take shape. It is on display at Daniel Cooney Fine Art on West 26th Street through April 13.

The series comprises stark, striking black-and-white portraits of and testimonials from a disaffected and disenfranchised community of people. They are not necessarily homeless by way of, say, having lost a job. Rather, they made the conscious decision to free themselves because society as it exists now has not worked for them.

They live a life perpetually on the road.

It is the kind of life that could lend itself to dramatic and dynamic documentary-style photographs of a way of life many people have not considered. Yet, while there is perhaps a thrilling sense of adventure, it is a cautionary tale fraught with danger.

“My intention was never to make it romantic,” Joseph said, “because the reality is, it’s dramatically unsafe.”

“Lost and Found” is not about the way of life. It’s about the people who choose it. Joseph sought to make space for them to tell their own stories. With these portraits, all the viewer has to consider and understand is the person looking out from within the frame.

“I wanted to make a portrait that was more formal in the way that a president or a dignitary would be photographed,” Joseph said, “so you would be forced to look in their eyes.”

One of the most affecting portraits in the series is the one of Alister and Sherie, a tattooed couple whom Joseph photographed in New Orleans in 2017. They are locked in a soft embrace. Sherie leans her head on Alister’s chest, and gazes warmly into the camera. Alister is looking out to the right side of the frame. A tattoo in a kind of deconstructed font on Alister’s cheek reads, “No friends.”

Yet, it is the band on his wrist that reads, “RISK,” in bold letters that is deeply symbolic in that it speaks to their entire way of life.

It is through photographing that way of life that Joseph made unexpected connections. While on his way to a Chicago airport in April 2014, as fate would have it, his train stopped. He was told to get on a bus that would continue the rest of the way. He descended the stairs to find two travelers sitting nearby. Upon approaching them, Joseph saw that one of them had an anchor tattoo on his face.

Three months later, their paths intersected again in New York City. Joseph happened across two travelers in Times Square, and as they looked at his portfolio, they recognized Knuckles. They told him that Knuckles was in Union Square. Joseph took the subway down and met Knuckles and a larger group of travelers.

Joseph took many portraits that weekend, deepening his understanding of their way of life.

A few months after that, Knuckles found his way home to Charlotte, North Carolina, and reconnected with his family. For a while, he seemed to settle down. But as time passed, he was seized by a deep sense that something was not right. Whatever life was for him in Charlotte, he could not keep living it. He had to get back on the road.

With his passport in hand, he set out for Spain, which launched him on an international journey that eventually took him to Malaysia where he met a woman he fell in love with. Knuckles found a place he could call home.

In 2016, after Knuckles had left the country, Joseph was giving a talk about “Lost and Found,” in Charlotte, and Knuckles’ picture was included in the slideshow. His portrait is not in the current exhibition as it is stylistically different, but Knuckles’ story is a fundamental part of the series. At the end of the talk in 2016, a woman approached Joseph, said Knuckles was her son, and invited him to dinner.

Over the course of five years, a chance encounter on a street in Las Vegas led to a home-cooked dinner in Charlotte with the family of a man in pursuit of a life that made sense.

Each person Joseph photographed is, or was, in pursuit of a life that makes sense. Each portrait is a fleeting moment of stillness and quiet in an otherwise chaotic life. Some people have died. Others are still on the road.

Collectively, the portraits are a testament to what can happen as a result of being receptive to new experiences.

“If you go out there and open yourself up and let things unfold,” Joseph said, “then interesting things happen.”