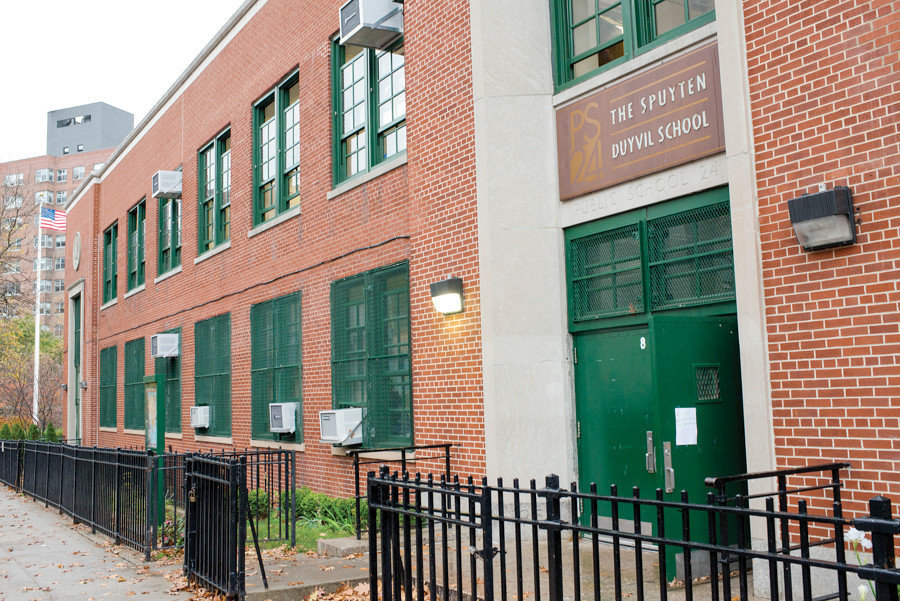 Don't expect any traffic around P.S. 24 Spuyten Duyvil School on Thursday morning, because the campus is now closed. At least for the next 24 hours.

Principal Steven Schwartz informed parents late Wednesday evening that "two or more members of our school community have tested positive for COVID-19 within seven days of each other," and that the 660 W. 236th St. campus "will close for an initial 24 hours." That will transition all students to fully remote learning during this period.

The letter was posted on social media overnight, but Schwartz verified the letter to The Riverdale Press  on Thursday morning. The principal said there were two positive cases at the school, but could not elaborate any further out of privacy concerns.  He declined further comment.

The results came after what Schwartz announced was the first round of random testing on Tuesday where 125 students and staff members were tested. It's not clear if these latest results came from that round of testing, or from other testing that might have been conducted off-site. Schwartz also didn't share the exact number of people who tested positive, or whether they were students or adults.

One thing that is clear is that those who have tested positive will not be allowed to return to campus while they are still infectious, according to Schwartz's posted letter. Any students or teachers present in classrooms with those who have tested positive are considered "close contacts," according to the letter. They have been notified, and will be required to quarantine for 14 days.

The city's testing and tracing corps will conduct a full investigation to determine who else may have been infected. The only people allowed on campus Thursday will be those cleaning and disinfecting the school.

Schwartz said he would provide more information to parents by 6 p.m., on Thursday.

"While New Yorkers have done an outstanding job fighting the virus — leading to extremely low infection rates citywide — COVID-19 is still active in our city, state and our country," Schwartz said in his letter. "There will be cases of COVID-19 this school year. We know this, and all of our protocols have been in service of fighting this virus.

"Our job is to swiftly and effectively handle any cases that appear, and be transparent every step of the way. That is what we are doing today."

This closure comes two weeks after Horace Mann School also reported multiple positive coronavirus tests, and announced it was closing its physical campus until Oct. 19. The school confirmed that its middle and upper divisions did indeed re-open on Monday.