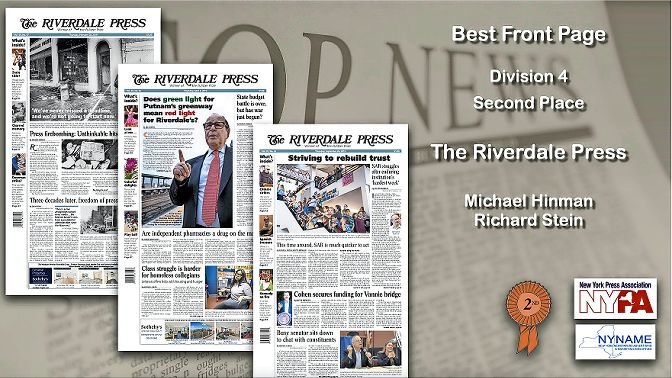 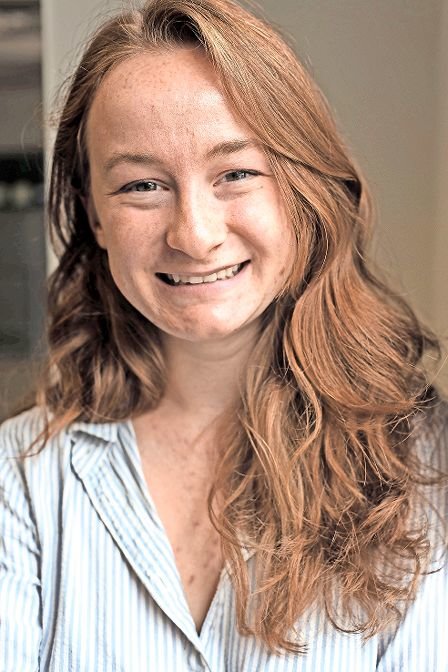 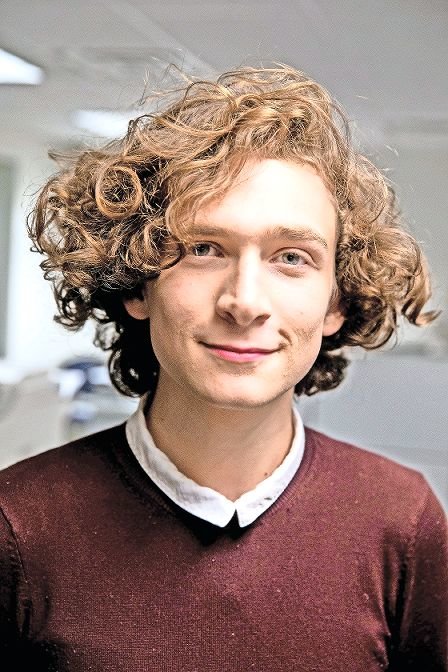 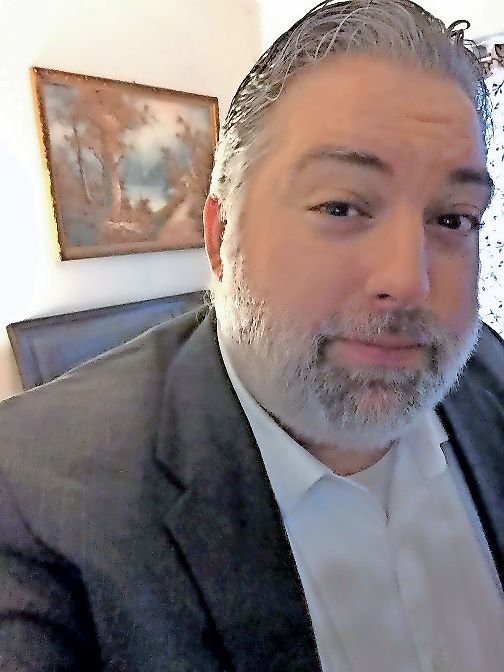 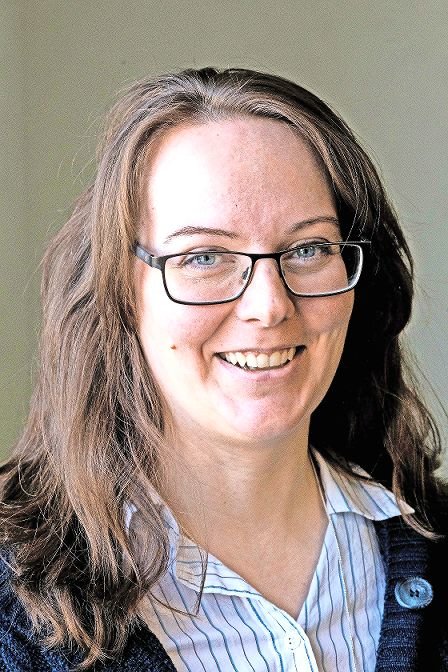 The first-place win was from the team of reporter Kirstyn Brendlen, editor Michael Hinman, and former reporter Heather J. Smith, taking a deep dive in to the New York Health Act. The story talked to a number of people working for and against the bill, and even explained why universal health care might be a longer-term goal than a shorter-term one.

Brendlen also won second place in the same category for her coverage of how SAR Academy handled a scandal last year involving one of the school’s administrators. Brendlen was invited to the school to see firsthand how Rabbi Binyamin Krauss and his team reassured students, faculty and parents that children at the school were safe.

“A nicely written, well-researched profile of a school dealing with disturbing news,” according to a judge from the Washington Newspaper Publishers Association, which helped provide a fair look at the more than 2,900 entries representing 173 New York newspapers that made up this year’s contest.

“You really feel the sadness mixed with social realities, and the deliberate steps officials took to reclaim confidence and trust.”

The Press also was recognized for its coverage of the arts, earning a second-place win for the team that included at the time Tiffany Moustakas, Julius Constantine Motal, and Raphael Lassauze. Some of the stories included in that mix was an overview of an exhibit focused on author Edgar Allan Poe, and a feature of various musical performances at An Beal Bocht Café.

The Press also was honored with three of NYPA’s larger awards, including the newspaper among the state’s elite. For the second straight year, The Press was a finalist for the Past Presidents’ Award for General Excellence as well as for best front page for Hinman and Richard L. Stein. The Press also finished on the podium for best design — an award named after Stein, the paper’s co-publisher emeritus — marking the third year in a row the Riverdale paper has been awarded for its design work.

“This is an excellent newspaper,” the judges said of The Press. “There is a wide variety of content in news coverage, good use of pictures, community, editorial, front-page content, family/lifestyle features, sports, advertising and graphic design.”

Hinman also received an honorable mention in the feature story category for his anchor piece on the 30th anniversary of The Riverdale Press firebombing.

The Riverdale Press has now won 21 state awards since Hinman was installed as editor in 2017.

“My primary goal when I arrived was to ensure this vital resource — our community newspaper — remained important to the community,” Hinman said. “We have been blessed with some of the industry’s best journalists, and we couldn’t achieve any of this without their efforts and the hard work of so many others here at the paper. This is also thanks to the fantastic support we get from the greater Riverdale, Kingsbridge and Marble Hill neighborhoods.”

A local Riverdale-area resident, Paul Schindler, also won some awards through the newspaper he edits, Gay City News, including an honorable mention for special sections, third place in coverage of elections and politics as well as religion, and first place in editorials.

The Riverdale Press is part of Richner Communications, which also owns the Herald Community Newspaper chain on Long Island, as well as The Jewish Star. The chain won a number of awards including best news or feature series for the Nassau Herald, spot news coverage from the Freeport Herald Leader, education coverage for Merrick Herald Life, special section for the Long Beach Herald, and Christina Daly for photographer of the year for the Valley Stream Herald.

“Each week, The Press’ editorial team provides readers with the news they need most, and it is always nice to be recognized for this important work,” said Stuart Richner, the paper’s publisher. “Congratulations to the editors, reporters, photographers and the entire sales and production team who make what we do an indispensable part of the Riverdale and Kingsbridge communities.”