Press credentials — what exactly are they good for? 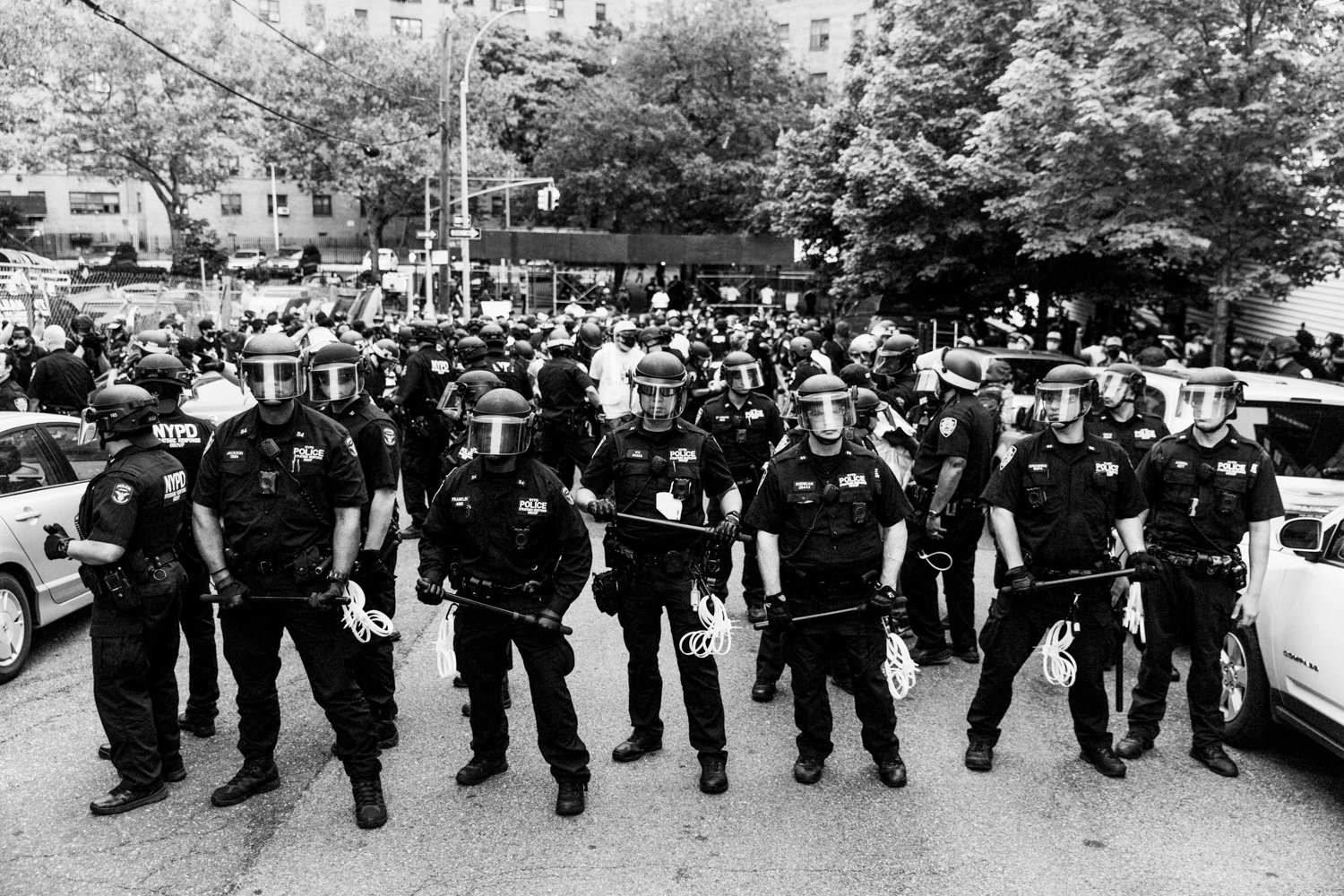 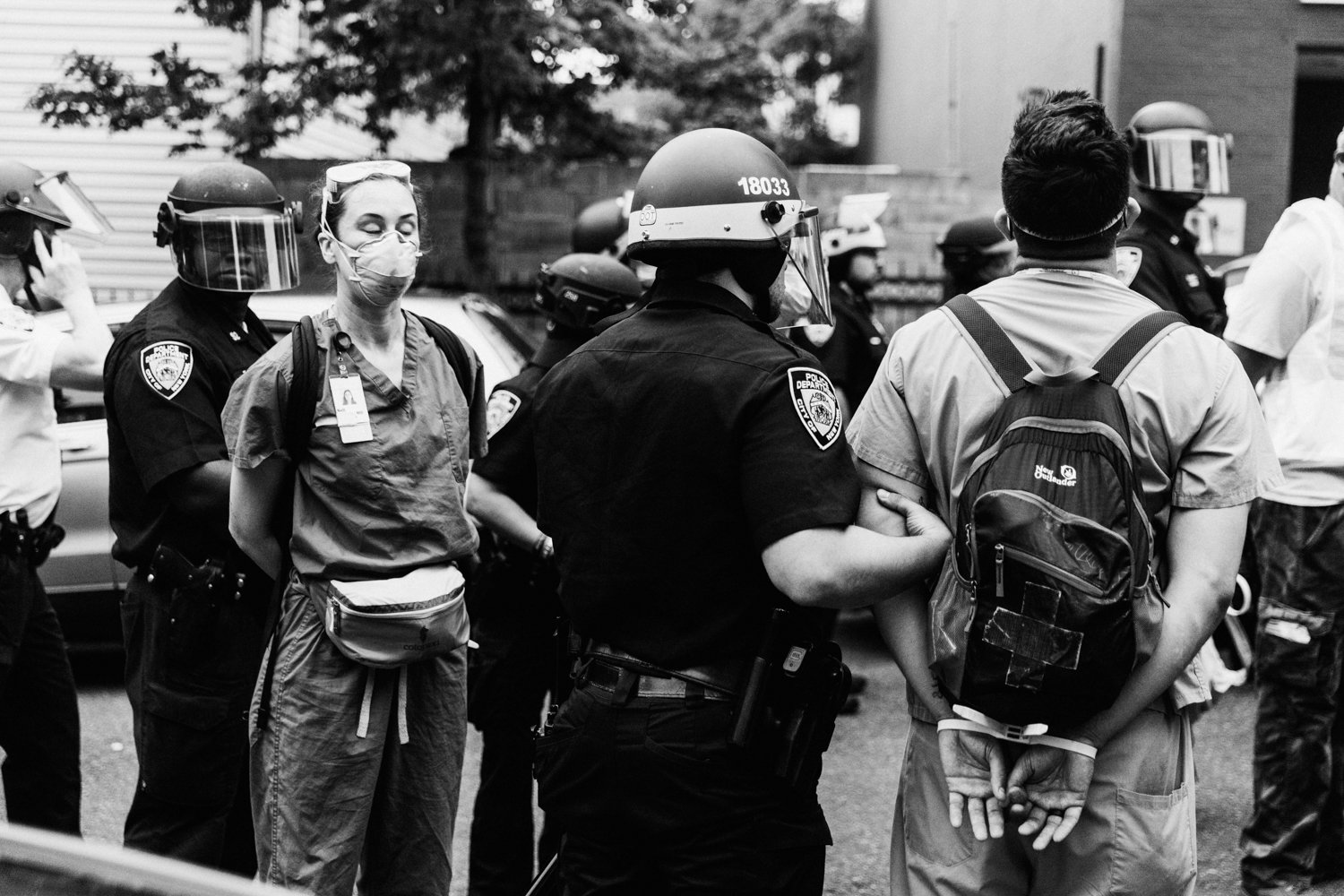 I share that not to center my narrative in what occurred, but to convey some of what happened.

That night — June 4 — I witnessed an unprecedented level of force in response to what was otherwise a peaceful protest against police brutality following the tragic death of George Floyd in Minneapolis. The group started near the Third Avenue-149th Street train stop. They marched through the neighborhood after 7 p.m., making stops along the way to rally the crowd, chant, or otherwise collect themselves.

They were working their way toward the Willis Avenue Bridge, but a phalanx of officers cut off their route. So, they turned onto East 136th Street, and passed Brown Place. East 136th Street between Brown Place and Brook Avenue is a very small block.

As the clock struck 8 p.m., the short-lived curfew time, a line of bicycle-wielding cops in armor immediately assembled along Brook Avenue and held the line, while officers in riot helmets and wielding night sticks flooded in from behind — a crowd control tactic known as “kettling.” Both lines of officers pushed people in, giving them no room to escape.

They had done nothing more than chant.

Former Riverdale Press photographer David “Dee” Delgado and I found our way out of the kettle to the corner of 136th and Brown where a woman was standing. A cop approached her.

“The street is your home?”

She starts to walk away, but the cop handcuffs her. As I’m standing against a building with Dee, I raise my camera to take some pictures. The arresting officer looks at me and says, “Do you want to go with her?”

I say nothing, and hold up my press credentials, issued by the very department the officer works for.

I hold up my hands and walk away with Dee. We make our way to the corner of East 138th and Brook as a massive fleet of police vans and cars flood the intersection near where the group of protesters was penned in and arrested, including medics and legal observers. A photographer friend of ours caught in the mess was pepper sprayed. Cops were pummeling people. A police chopper flew very low overhead scanning the rooftops with its light.

On Saturday night, I followed a protest for 10 miles through Lower Manhattan. By the time I got on the train to go home at 10 p.m., the march was still going. No arrests had been made.

Yet, in the Bronx they sent in so many cops, it was nigh impossible to count. Nearly 100 people were arrested, according to Gothamist. I made it out OK, if only because of a certain level of privilege and a press badge, issued by the police, that very nearly didn’t work. Part of the problem with press credentials rests with how they are administered. The New York Police Department presently issues press credentials, and has sole discretion about who gets accepted and rejected.

City comptroller Scott Stringer is urging Mayor Bill de Blasio to transfer press credential authority from the NYPD to the mayor’s office. A major concern for Stringer is the language that accompanies the card: “This card is the property of the New York City Police Department,” which is followed by, “It may be taken away by competent authority at any time.”

Taken at face value, the officer who threatened me with arrest could have confiscated my press pass for nothing more than taking photographs in a public space. There is virtue in Stringer’s push for a change in who oversees the issuance of press cards. The First Amendment protects peaceful assembly and the press. My ability to do my job shouldn’t be governed by the police.

The author is the photo editor for The Riverdale Press.