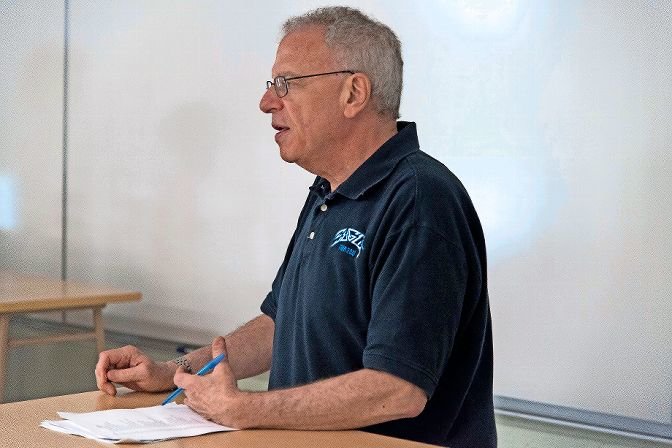 Assemblyman Jeffrey Dinowitz is one lawmaker pushing to improve mail-in ballots after voters reported receiving their absentee ballots late — or not at all — during the June primary. He’s proposed electronic tracking of absentee ballots, and successfully extended the window to request an absentee ballot through 2021.
JULIUS CONSTANTINE MOTAL / File 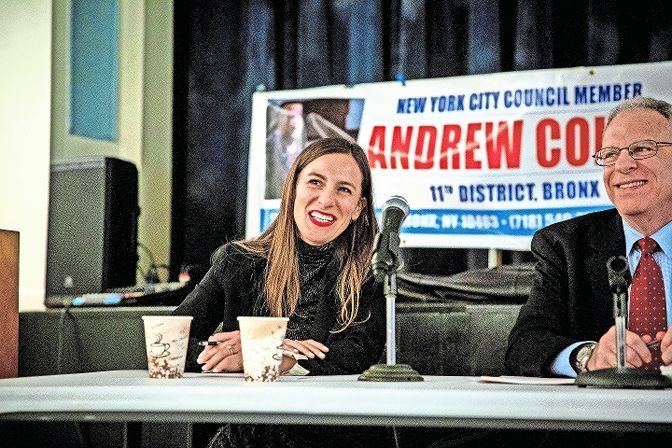 State Sen. Alessandra Biaggi teamed up with Assemblyman Jeffrey Dinowitz on legislation that would allow voters to request absentee ballots through 2021 due to coronavirus fears. After hundreds of voters reported receiving their absentee ballots too late or not at all, legislators want to improve voting by mail before November’s presidential election.
EIAN KANTOR / File 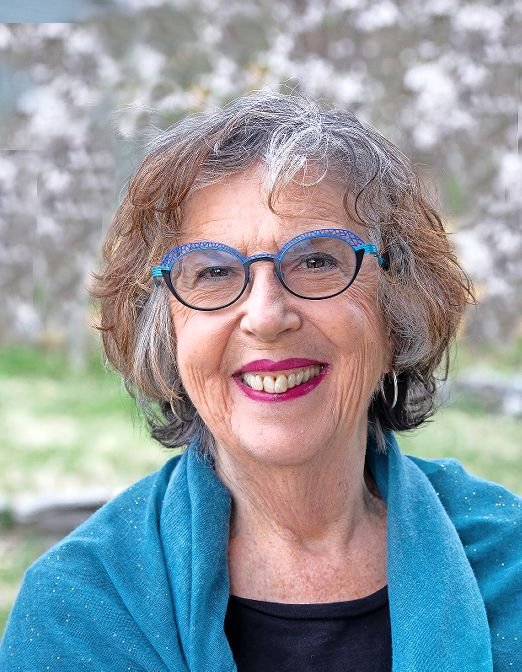 Bonnie Geller-Geld holds no elected office, but that didn’t stop her from trying to help her neighbors vote in June’s primary election. Many of her neighbors didn’t receive their ballots on time, she said, and some were too concerned about the coronavirus to venture out to the polls in person.
Courtesy of Isaac Geld
Previous Next
By KIRSTYN BRENDLEN

It’s been more than a month since voters cast their ballots in New York’s primaries, yet winners are still being declared in races of all levels.

It took more than three weeks for the Associated Press to even declare Jamaal Bowman the winner in his congressional race against U.S. Rep. Eliot Engel. Yet, there are still other close races affecting the state senate and Assembly that have yet to be called.

Why? Mostly because this year’s coronavirus-plagued election saw hundreds of thousands more absentee ballots mailed in by voters, and counting them — at least in New York — is slow-going. By law, counting can’t start until days after the election as a way to ensure all ballots were received. After that, it’s a tedious process of opening envelopes and accurately tallying votes.

There’s a long list of reasons mailed-in votes might be tossed — missing signatures, postmarked after the primary, and so on. On top of that, many voters complained they never received their ballot in the mail.

Bonnie Geller-Geld had stepped back into the political world she’d been a part of years ago. The local photographer had once been active with the New York County Democratic Committee, and was even part of the Community Free Democrats, a Manhattan political club.

“We haven’t been that active, but with the campaign coming up, with the campaign that we recently had, I was very much a strong Engel supporter,” Geller-Geld said. “So I got re-involved, and I made some phone bank calls, and called people from my synagogue, and local Riverdale people.”

As primary day got closer, she started to hear her neighbors weren’t getting their absentee applications and ballots in the mail. She emailed Assemblyman Jeffrey Dinowitz and his son, Eric, who she knew were involved in the election, as well as someone with Engel’s campaign. Then, she took to social media, letting her neighbors know what needed to be done to get their votes counted.

“The day of the election, I called people, and people still had not gotten their absentee ballots,” Geller-Geld said. “Some people were told they could go to the polls, but some people were afraid.”

State lawmakers have taken swift action to ensure the process is better for the presidential election in November — especially as far as Assemblyman Dinowitz and state Sen. Alessandra Biaggi are concerned.

The two partnered on a bill intended to allow voters to request absentee ballots if they fear contracting the coronavirus if they vote in person through 2021, covering the November election.

“By codifying the expansion of absentee ballot voting, we can provide indisputable clarity now on how New Yorkers can safely access the ballot box in November,” Biaggi said, in a statement. “And (also) give the board of elections the time they need to properly prepare for elections throughout the course of this pandemic.”

Dinowitz also partnered with Queens state Sen. Leroy Comrie on legislation they say would allow absentee voters to track their ballots from the time they were mailed out until they were counted — a tracking system similar to what might be used to see exactly where in transit a package might be with FedEx or UPS.

The idea came from his son, Eric, Dinowitz said, but it’s an idea that has already been deployed in areas like Denver County, Colorado, as well as a number of California counties.

“I mean, I never would have thought in those terms, because I don’t think in terms of these technological things,” the older Dinowitz said. “People should be able to know where their ballot is, just like if you send out something on UPS, you can find out where it is. It’s really that simple.”

“We know that some people like to go in to the polling location because it makes them feel like, ‘OK, my vote definitely got counted,’” she said. “If you put it in the mail, and there’s some kind of doubt and skepticism, that tracking technology is there, and super useful. I think it helps the voter have confidence in the system overall.”

Dinowitz also supports legislation notifying voters that something is wrong with their ballot — like a missing signature — and giving them an opportunity to fix it. That increases the chances their vote will be counted, and not just thrown out on a technicality.

Some states already have those measures, Hailey said. Illinois mailed absentee applications and ballots to all voters, and ballots there can be postmarked all the way up to election day.

“And, if voters have an issue, such as a missing signature on their ballot, this is key,” she added. “They have a full two weeks after the election to submit a signature, and make their ballot count.”

Hailey would like to see at least 20 days of early voting leading up to the Sunday prior to election day. That would hopefully keep lines down, and allow people to vote safely while staying distanced.

“I think they also have to make the absentee ballot easier,” Geller-Geld said. “We were so worried about making a mistake, my husband and I sat there for five minutes saying, ‘Should we also fill out the piece that required us to fill out our election district?’”

Dinowitz says his Assembly district, and the city at large, had experienced fairly good turnout for the primaries, despite everything going on. But there are still roadblocks to be removed.

“It’s urgent that we do everything possible to make it convenient for people to vote, and to encourage people to vote,” Dinowitz said. “We do not want to do anything to eliminate votes.”

CORRECTION: Bonnie Geller-Geld is a longtime member of the New York County Democratic Committee. A story in the Aug. 13 edition stated she was a member of a different county's political organization.