Primary might be over, but politics isn’t for new group 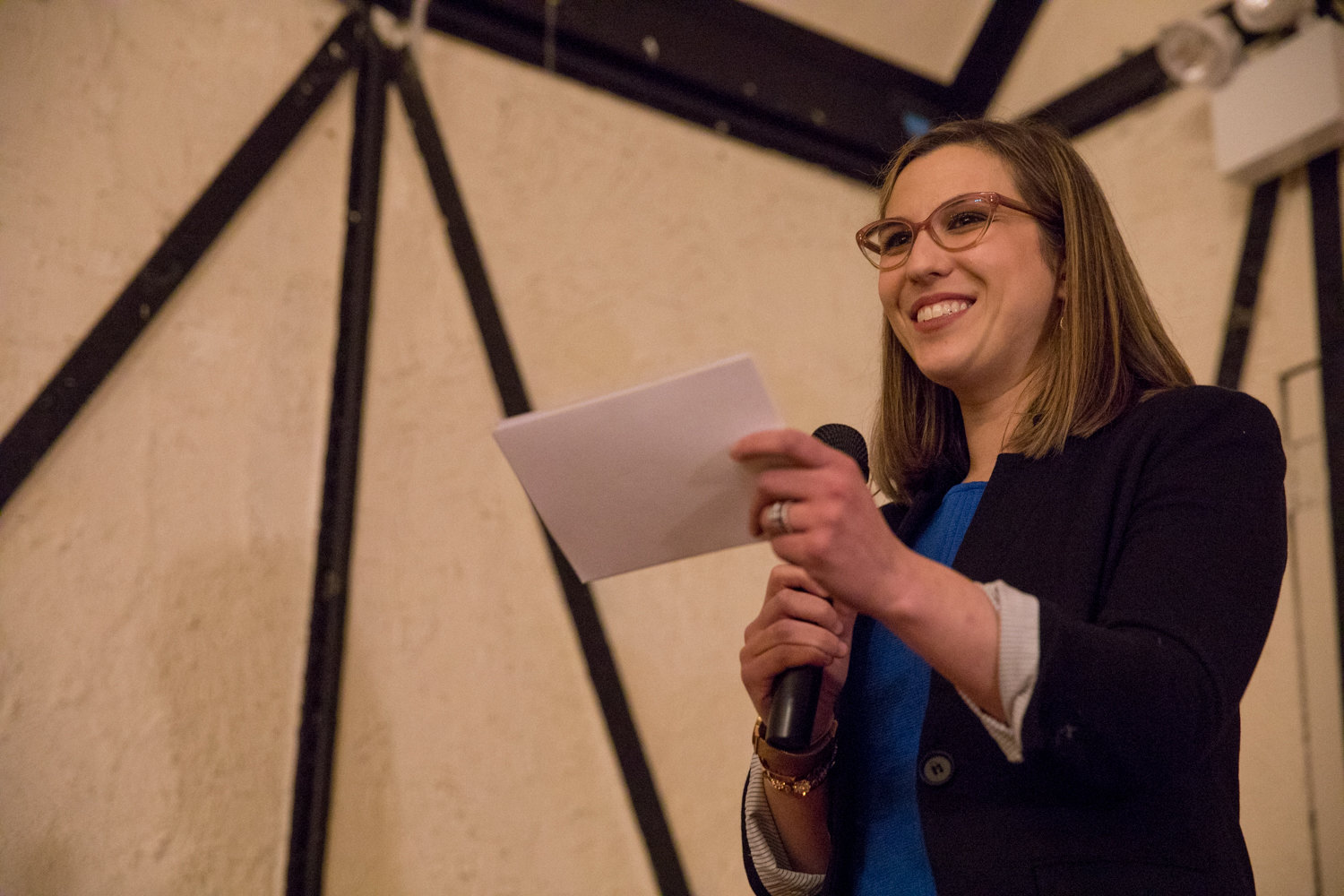 Morgan Evers, who tried earlier this year to become the new president of the Benjamin Franklin Reform Democratic Club, is starting a new group she says complements the existing club, not competes,
JULIUS CONSTANTINE MOTAL / File
By KIRSTYN BRENDLEN

This part of the Bronx is practically bursting with political groups — the Benjamin Franklin Reform Democratic Club, Northwest Bronx Indivisible, NYCD-16 Indivisible, and Bend the Arc Riverdale are just some of the places people can find a political home and become engaged both locally and beyond.

Sometimes, though, all those choices are overwhelming. And with a presidential race, a contentious primary for the U.S. House of Representatives, and the dual crises of the coronavirus pandemic and nationwide protests following the police killing of George Floyd in Minneapolis — getting involved in politics for some might be more important than ever.

“Our main goal is to defeat Trump and elect Biden as president, and flip the Senate,” said Don Bluestone, one of the group’s founding members. “And so we’ve created three committees to do different work on that.”

Those committees focus on local and national elections, Bluestone said, as well as technology — social media platforms like Facebook and Twitter have become necessary to get elected, as well as micro-funding online, where supporters give just a few dollars, but because so many people do it, those dollars add up.

Think National was not necessarily formed to replace any existing groups, Bluestone said, noting many were either former or current members of other Democratic groups and clubs. The Ben Franklin Club came under some fire earlier this year after a progressive group tried to take over, and experienced heavy backlash through what was traditionally a quiet election of officers.

After the “old guard” won re-election, some members talked about splintering. Yet, while some of those members might be here, Bluestone said, this isn’t intended to be a competing group.

“We formed this group that is really going to focus on the Bronx,” he said. This congressional district “is great, but its main emphasis is Westchester.”

The group also will focus on better political education for those in the community, Bluestone said, directing curious people toward the correct resources.

“One of our main goals was just to try to get more people involved,” said Morgan Evers, who leads the group’s technology committee. “Because I know when I was interested in getting involved — being an activist and getting into politics — you’re not really sure where to begin.”

When the group started on Facebook group, they were mostly posting updates about political actions happening virtually — online Zoom calls and phone banking for candidates. Their first virtual event was a Facebook Live discussion with Ellen Chapnick, from Columbia Law School’s Social Justice Initiatives group, and Andom Ghebreghiorgis, who had just ended his campaign challenging Eliot Engel’s seat in the U.S. House of Representatives.

The group will become even more active following the June 23 primary, Bluestone said, as focus shifts away from local races and into the presidential race, since without any Republican challengers, the winners of the Democratic primaries in the northwest Bronx will largely have won the general election by default.

“We can’t wait to get out into the streets, but right now it’s difficult to do that,” he said. “Endorsements we’re not going to get involved with, because they can be very divisive. So our goal is, once the primary is done, we know Joe Biden’s going to be the candidate, so we’re supporting Joe Biden. And we’re working with his committee, and we want to get speakers with his committee.”

Evers hopes to ride the current wave of interest from those looking to continue political engagement past just attending a protest.

“We got this moment of these protests, that have been in Riverdale, and all over the city, and all over the world, let’s be honest,” she said. “Now all these people are so interested in activism, and we’re really hoping to bridge the gap of, you went to a protest, here’s what else you can do to make a change.”

Even in a community that’s so politically active, Evers said, it can be hard to know what you’re “allowed” to get involved with. While she knew about community board meetings, for a long time, she didn’t know anyone could attend and speak up about local issues as they played out.

“We’re just trying to make that idea that you can just show up, and you’re welcome here,” she said.

Although the group is small, Bluestone says there is a lot of talent, and he’s ready to help people step into politics no matter what their previous involvement has been.

“People who have not even been involved, politically, but have this sincere desire to defeat Trump, they’re welcome,” Bluestone said. “We try to meet, like, every third week via Zoom right now on a Wednesday evening. From that, if people are interested in different committees, we’ll help them up into the committee work.”

For some people, the introduction to political action taking place mostly online can be more accessible, Evers said. As a working mother, it’s been easier for her to jump into a Zoom call than to get out to a campaign office. Even so, she had to learn how to use Zoom online, and knew that some people in the community would have had limited experience with online resources prior to the start of the coronavirus pandemic.

Think National wasn’t necessarily picking up slack left by other activist groups, Ever said. Rather, they’re trying to consolidate the work those groups are doing to ensure its members get a full picture of the political landscape.