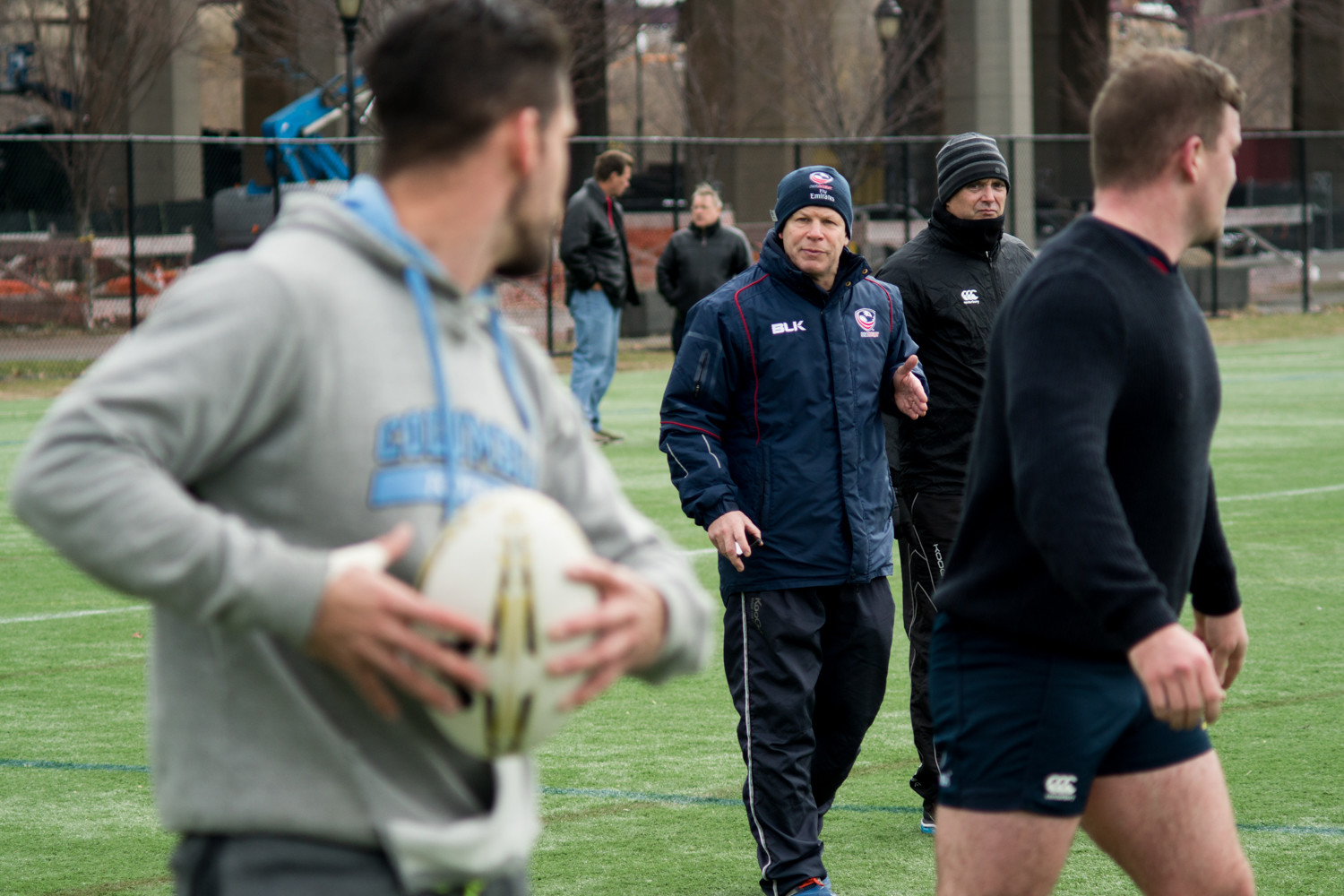 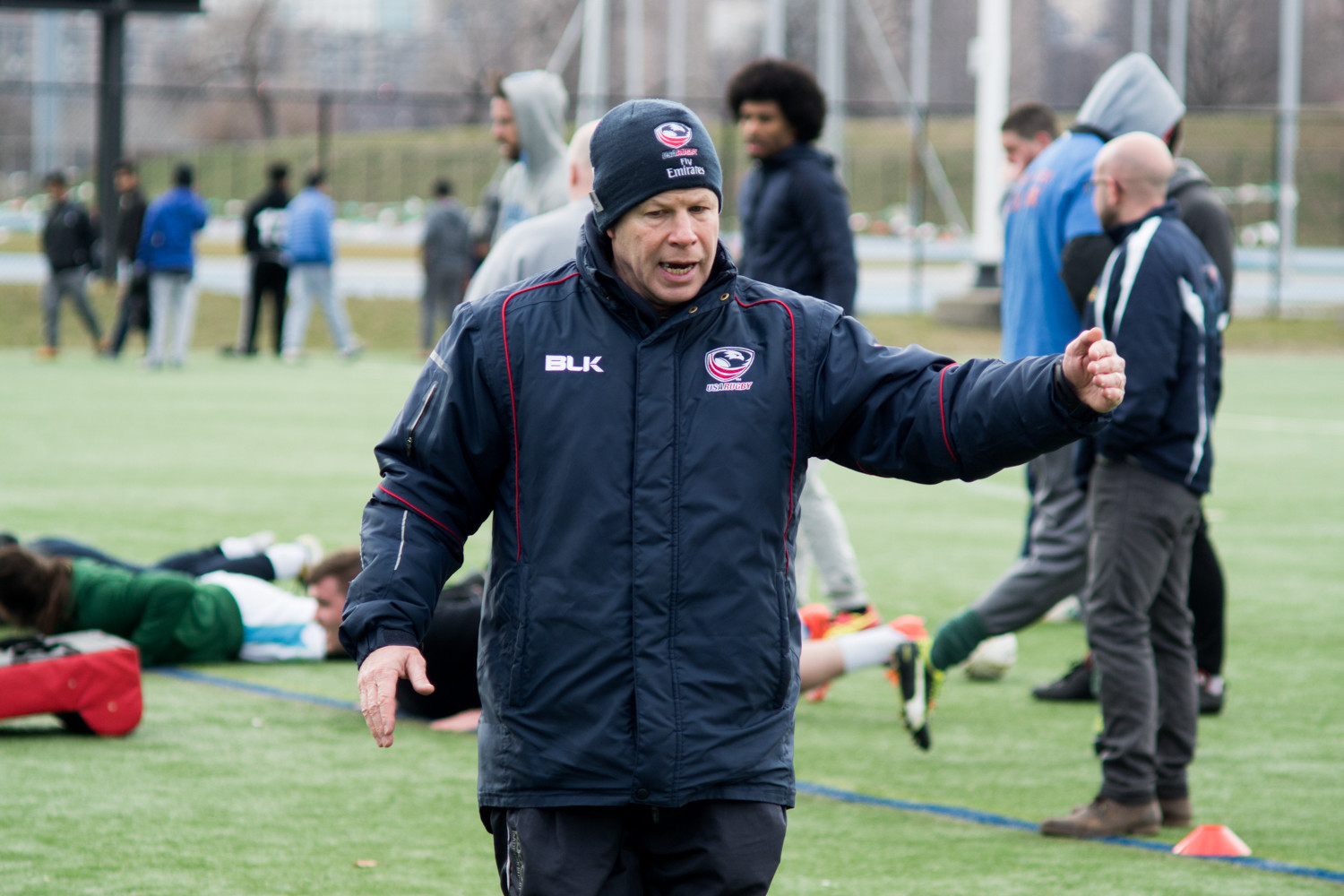 A hooligan’s game played by gentlemen.

That’s one of the catchier phrases attached to rugby. “Donate blood, play rugby,” is another. You’ve likely seen the bumper stickers on more than one occasion.

Ultra popular in countries like Ireland, England and Australia, rugby is a rapidly growing sport in the United States these days, at least so says Mike Tolkin. And Tolkin should know: He’s been involved with rugby as both a player and coach for 35 years, and now he’s bringing the sport to Riverdale on a professional basis.

“It’s one of the fastest growing sports in America participation-wise,” Tolkin said. “Rugby is really growing in the 9 to 14 age group for both boys and girls and it’s really finding its legs now.”

“It has a much more international appeal and has a bigger market because it’s played in every country in the world, like soccer,” he said.

Rugby New York United will become part of the fledgling Major League Rugby as an expansion team next season after playing a four-game exhibition schedule this year. And it’s been a monumental effort to get the new franchise off the ground.

“We sent out invitations to all 54 of the rugby clubs in New York state, North Jersey and Southern Connecticut for them to recommend players to us,” said Brian Book, RUNY’s assistant director. “Then the players that were recommended, we contacted them and gave them the opportunity to come for two weeks of tryouts. About 50 players showed up for the tryouts, and from them we whittled that down to a 30-man roster.”

The tryouts were held at Randall’s Island under the watchful eye of Tolkin, who also went to his old stomping grounds in search of top-tier talent.

“We also chose members from the New York Athletic Club and the Old Blue Rugby Club,” Tolkin said. “A large majority of our players come from there.”

Tolkin topped that by serving as an assistant coach for the U.S. Men’s National Team for three years, and then its head coach for four more.

Despite all his previous experience, the thought of building a professional program from the ground up really has Tolkin’s juices flowing. So when James Kennedy, the owner of Rugby New York reached out in his search for a coach, Tolkin took the call.

“I thought it was a fantastic idea and I accepted,” he said. “I’m real happy to be part of it.”

“The league needs a presence in the Northeast and on the East Coast, and we all know how important that market is,” Tolkin said. “But Toronto is in a similar situation as us, and hopefully we can get Boston on board. And I know Chicago is looking at it and so is D.C.

“So if we can get some franchises in the Northeast next year, then I think we’ll be in a good spot to help this region grow into the league.”

RUNY’s exhibition schedule begins March 17 with a game against the Ontario Arrows at Iona College. Riverdale can get its first look at its new team March 24 when RUNY hosts the Boston Mystics at Gaelic Park.

RUNY will then play return games in both Boston and Ontario on March 31 and April 14, respectively. Then next year, RUNY will play a full slate of regular-season games as the league’s new expansion team.

And what will the team colors be?

“They’ll be orange, white and blue, the colors of the New York City flag,” Book said.

The coach in Tolkin wishes his first full season was upon him instead of a shortened exhibition campaign. But he understands the need for baby steps at this point in time.

“I know there is a lot to this process,” Tolkin said. “Everyone’s kind of doing it for the first time, so it’s nice to have it now when the stakes aren’t high and we can make mistakes and we can learn from them. So while we do want to get at it, we want to get at it going strong.”

With the March 24 game at Gaelic Park looming, Tolkin can’t wait for Riverdale and the rest of the city to see its new sports team unveiled.

“That’s going to be a big one.” Tolkin said. “That’s kind of the crown jewel in a short season of letting everyone see it and getting everyone excited about it.

“That’s going to be a big night to move this thing forward.”