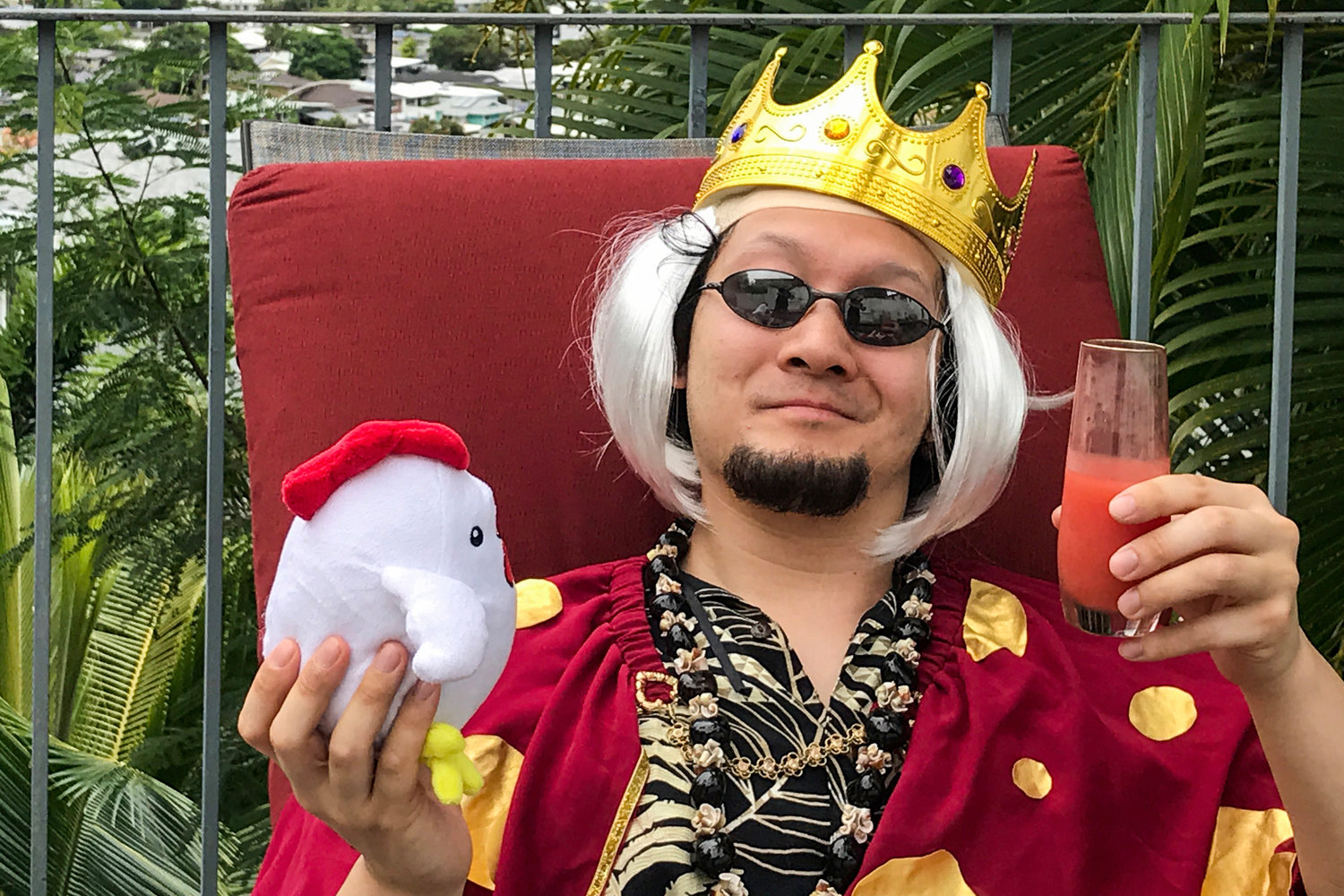 Robert Ellsworth Feng, a former student of Lehman professor Penny Prince, plays the Great Ta in Lehman’s virtual production of ‘The Wonderful Flight to the Mushroom Planet.’ Feng attended rehearsals and performed from his home in Hawaii..
Courtesy of Robert Ellsworth Fen 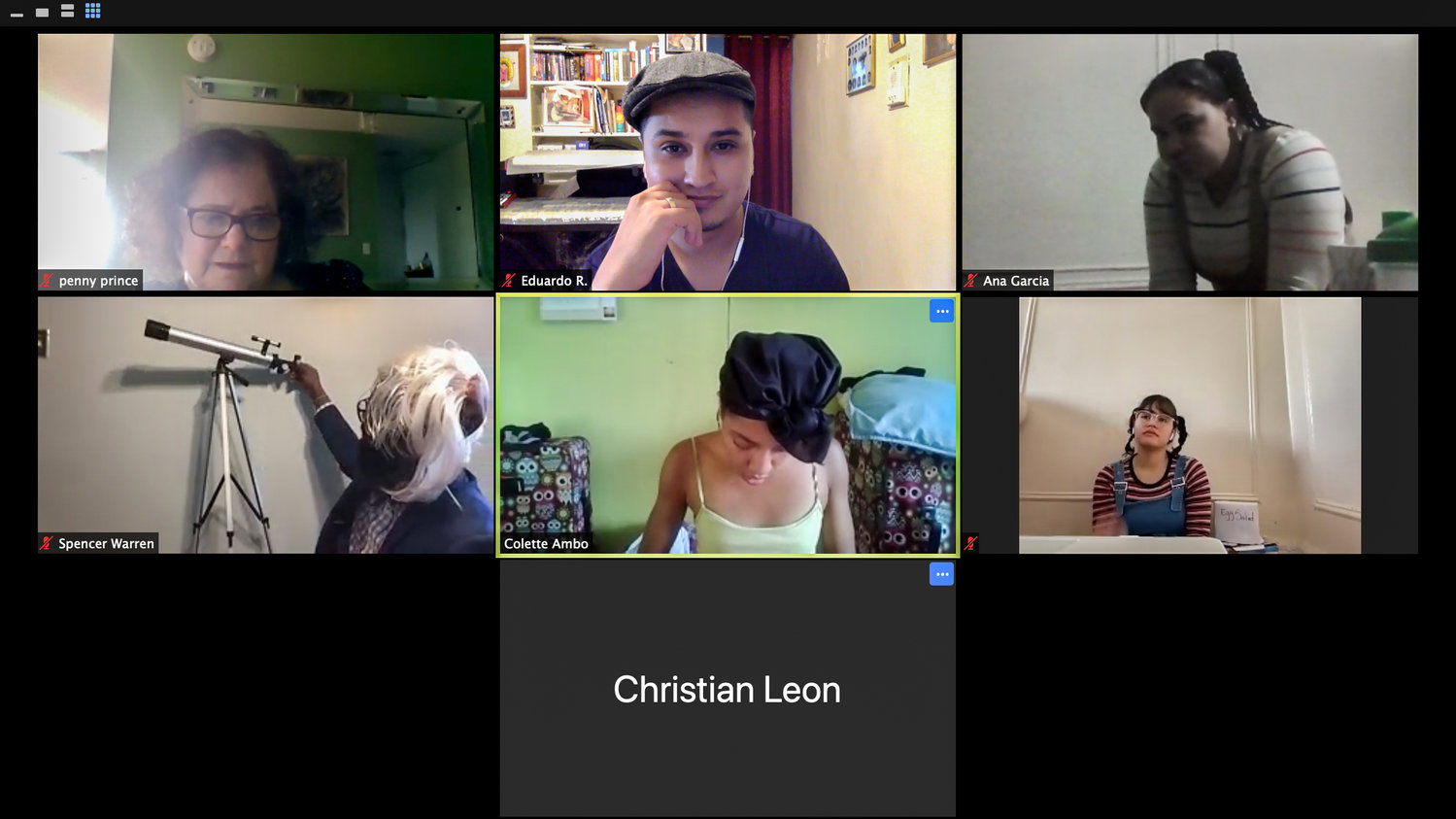 Playwright Penny Prince and her students rehearsed and performed together over the online videoconferencing app Zoom after the coronavirus pandemic sent them all home. After months of work, the musical is launching virtually next week.
Courtesy of Eduardo Reséndiz 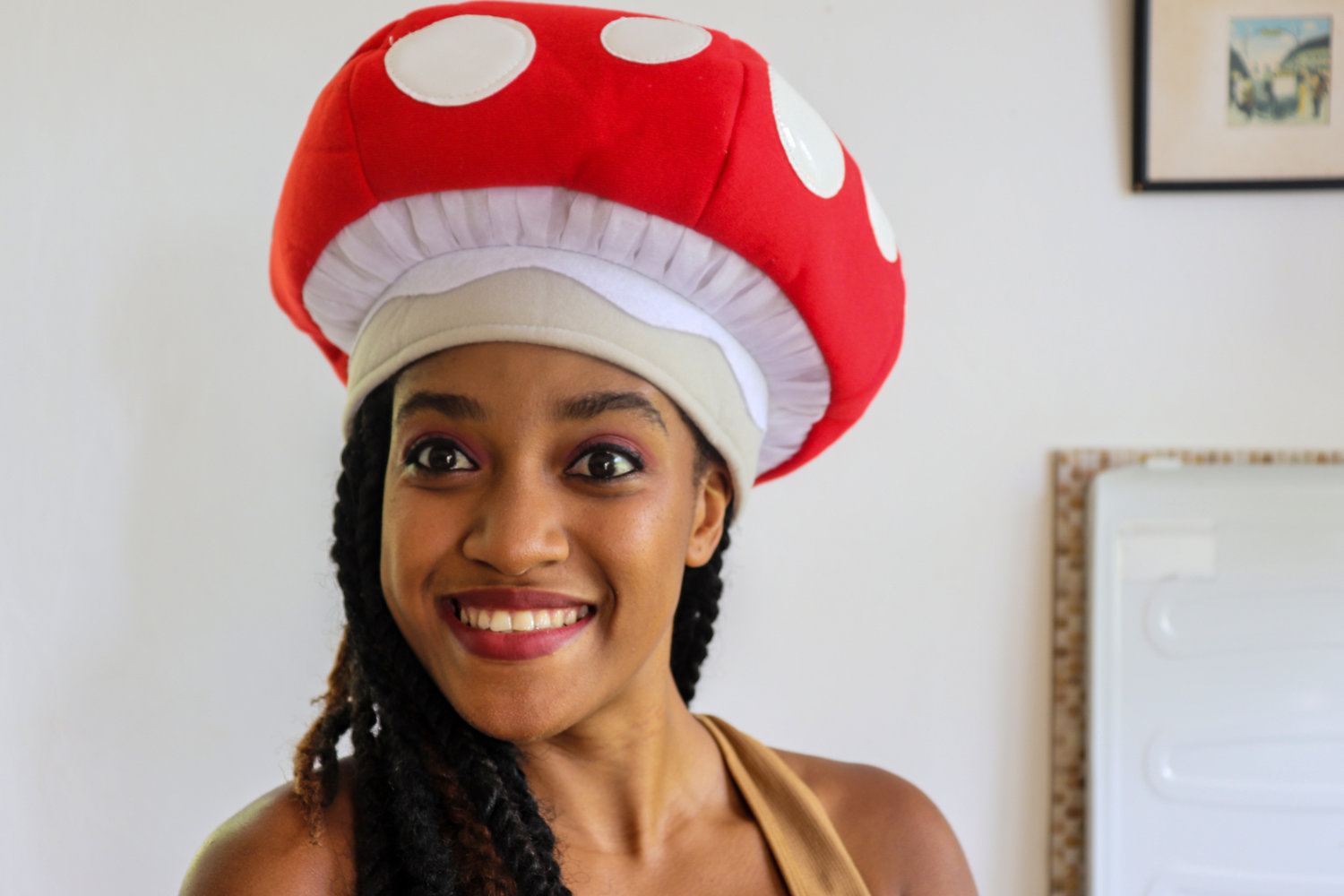 Lehman student Collette Ambo plays Matsutake in ‘The Wonderful Flight to the Mushroom Planet,’ and choreographed the show — all from her home as cast and crew came together for a virtual musical.
Courtesy of Collette Ambo
Previous Next
Where to watch

Penny Prince, a professor at Lehman College, has produced and directed musicals at the school for years. She’s written songs, worked with composers, and blocked out where actors would stand on stage.

But for the first time this spring, Prince did all that without ever seeing her students’ faces. They had just started work on their musical, “The Wonderful Flight to the Mushroom Planet,” in March when the coronavirus pandemic shut everything down, scattering the cast and creative team across the country.

If you’re thinking that was the end of “The Wonderful Flight to the Mushroom Planet,” think again. Prince convinced her students to rehearse the play — based on the 1954 children’s science-fiction novel by Eleanor Cameron — virtually, with hopes of reconvening in-person over the summer.

Yet, as months passed, it became clear that meeting in-person on stage wasn’t going to happen. So their focus shifted — rather than just rehearsing virtually, the cast recorded themselves like they were on stage, and the creative team started the arduous process of stitching them together into the full musical, ready to be released online as the academic year started.

“It’s very, very hard,” Prince said. “You can’t really synchronize music on Zoom. It’s almost impossible. When two people are singing at the same time, there’s a time lag. I had to have separate sessions with every person.”

Prince met with her cast one-on-one a few hours every week to go over their songs and discuss their characters.

It was more than she would be able to do in a normal year, where everyone would have been working together during in-person rehearsals.

It also allowed her to bring together a dream cast. Some of her students had dropped out of the production when the pandemic started — their schedules conflicted, or they didn’t have space at home, or they were just dealing with too much. But there were others who suddenly had more flexibility in their schedules and were able to participate remotely. One student was staying with family in North Carolina, and she even got Robert Ellsworth Feng — who she had previously worked on musicals with — to beam in from Hawaii to star as the planet’s king, the Great Ta.

All that rehearsal, filming and editing was new for a production — but not for composer and producer Eduardo Reséndiz Gómez. A Lehman graduate, it’s not uncommon for Gómez to work on a show. But this year, Prince asked him to come on as technical producer and to make magic happen — digitally.

“I was like, I know we’ve never done this before, but I think this could be a precedent not only for Lehman College but also for your play, because we will be moving into digital productions,” Gómez said.

He had to figure out how to make it seem like all the characters were in the same “universe” without being together on stage. Syncing songs was one thing, but drawing the audience in? That’s another.

Goméz took stock of everyone’s recording equipment, and headphones and adapters were shipped out for cast members in need. Costumes were done the same way.

“Mushroom Planet” tells the story of two young boys who travel to Basidium-X — the mushroom planet — with a hen, Mrs. Pennyfeather, as a mascot.

Cast members bought some of their own materials or were mailed what they needed to construct Toad-esque mushroom cap hats, almost looking like they were starring in a Super Mario Bros. game instead.

The chicken, however, was far more challenging to include. A singer was cast to perform Mrs. Pennyfeather’s songs, but she was missing in action when they needed her videos. Prince asked another actress to step in, but she would have needed to go out and buy a chicken costume — not the easiest trick to pull off on short notice, in the middle of a pandemic.

To fill in some of the story, the team had already brought on a Lehman graduate to animate some sequences of space travel and the like. While they scrambled to figure out the chicken situation, the team had an idea.

They still had audio recordings of the first actress singing Mrs. Pennyfeather’s songs, and Prince recorded herself making, well, chicken noises. Overlapped with animations of the little farm bird, they had filled the role in a way that wouldn’t even have been possible on a live stage.

Working on the show was exciting for Goméz, and he thinks it’s the beginning of a new era of theatre, even when patrons can start filing in to watch shows in-person again. Digital theatre — or even outdoor theatre in amphitheaters and outdoor venues like the Delacourte, famous for hosting the annual Shakespeare in the Park festival — might become more popular.

CORRECTION: Penny Prince is a professor at Lehman College who produced and directed the virtual musical “The Wonderful Flight to the Mushroom Planet.” A different last name was used in a story from our Sept. 17 edition.