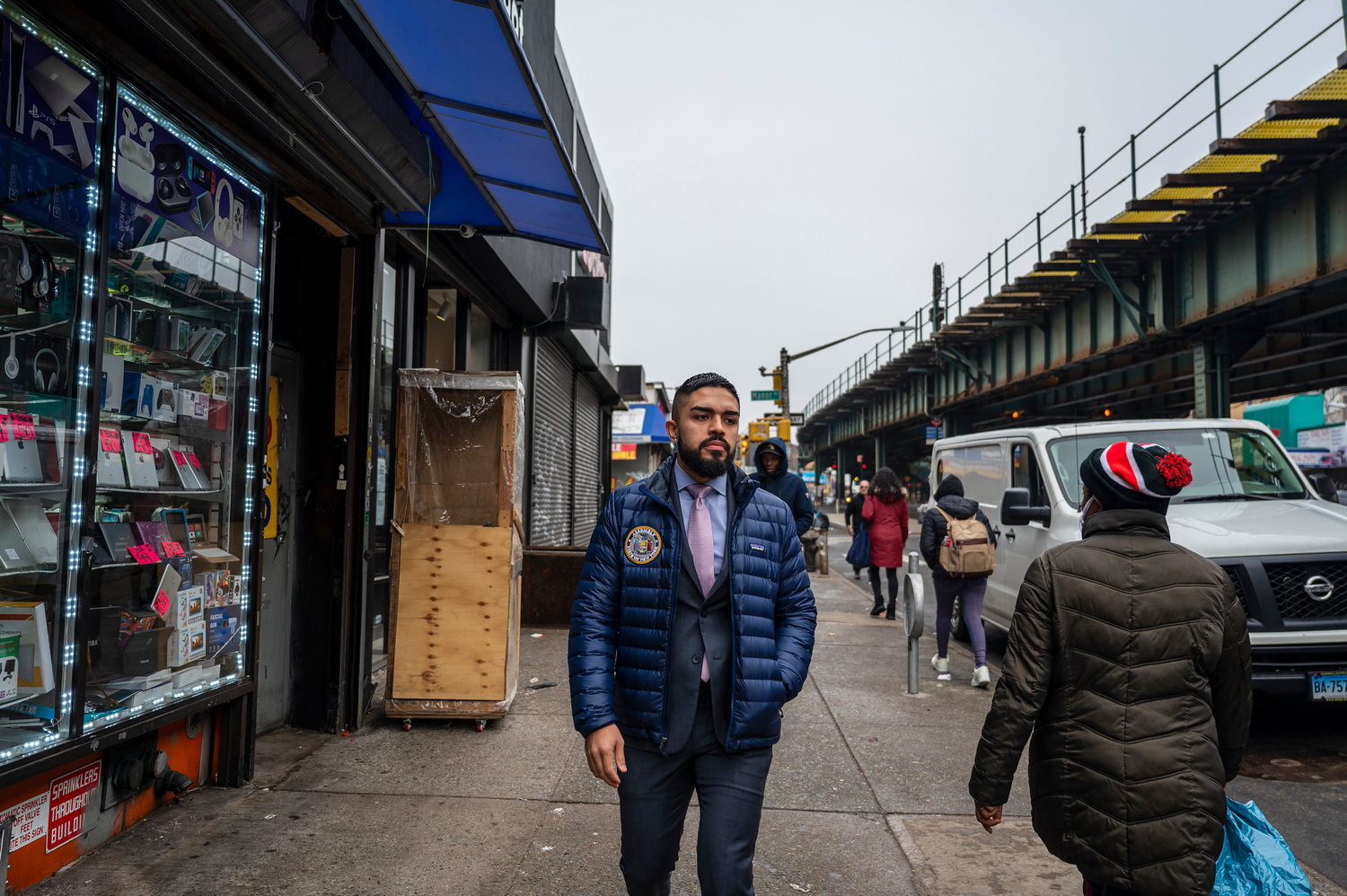 Assemblyman Kenny Burgos is mulling a possible run for the state senate seat being vacated by Alessandra Biaggi. He could join what might very well be a crowded field to replace Biaggi, who wants to succeed Tom Suozzi in the U.S. House of Representatives. Burgos was elected to replace former Bronx Democratic Party boss Marcos Crespo, but has represented his part of the borough in Albany only since 2020.
Hiram Alejandro Durán 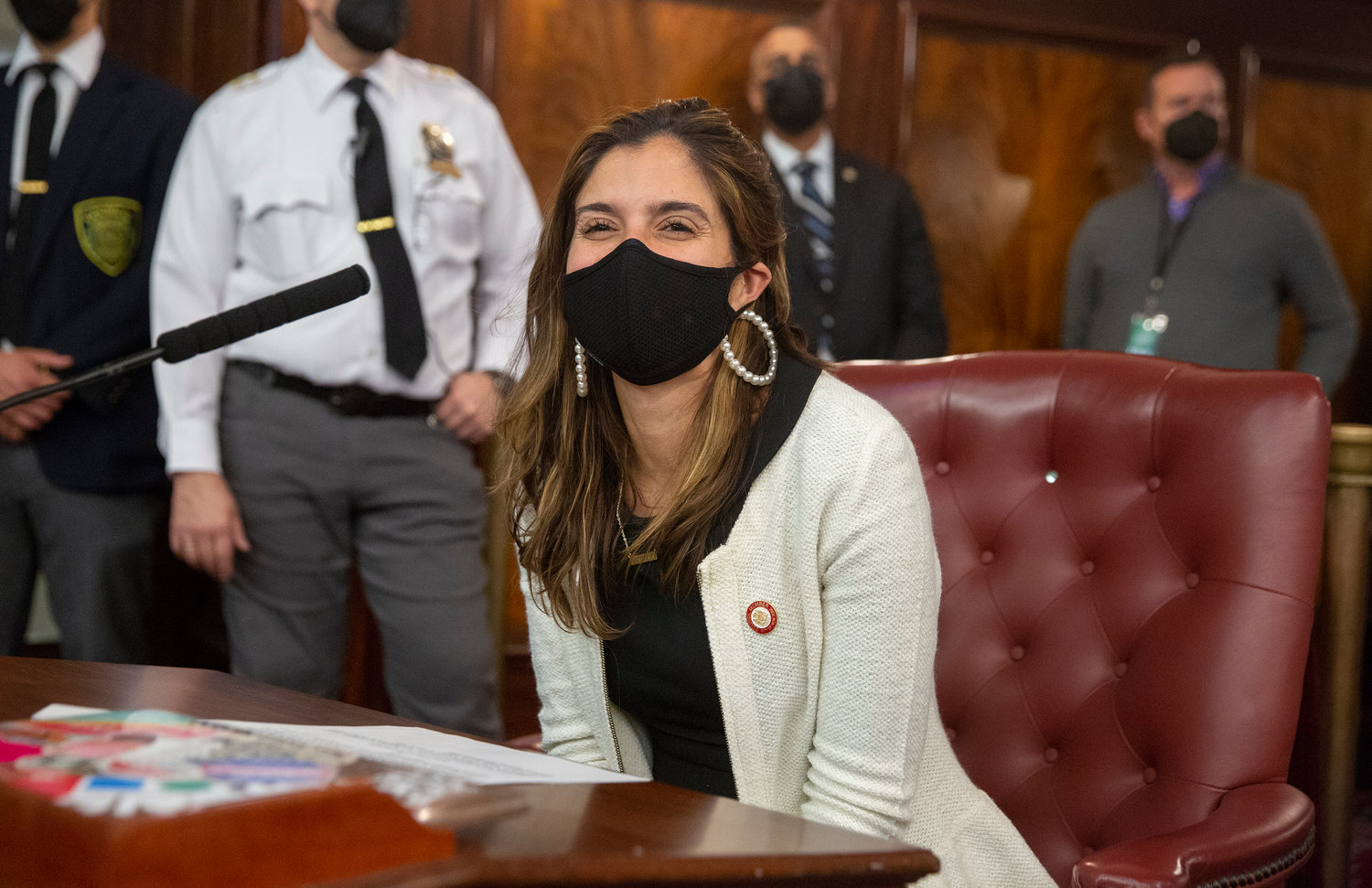 As the deadline to file draws near, a number of Bronx politicos are openly considering running for the state senate seat Alessandra Biaggi is vacating. Even some who already have jobs in Albany.

Some like Kenny Burgos, who was just elected in 2020 to the Assembly seat previously held by Marcos Crespo. But he’s not quite ready to commit.

“I have not decided to whether to run just yet,” Burgos told The Riverdale Press.

Still the opportunity to move into the upper chamber now that Biaggi wants to go to Congress can be tempting — especially to a 27-year-old who’s now spent his entire adult life working in government.

In fact, before running for his own seat, Burgos got his start working for city council members like Annabel Palma and the controversial Ruben Diaz Sr.

“I got the honor to work in a district (that) not only that I lived in, but would become a representative for a few years later,” Burgos said. Yet, even with that experience, Burgos’ first run for an elected seat was no small feat.

Crespo got elected by shaking a lot of hands. Burgos had to wave from six feet away.

“It wasn’t easy,” Burgos said. “I had to do a lot of reinventing the wheel at trying to campaign. But besides that, we were successful.”

Burgos isn’t alone when it comes to Biaggi’s senate seat. Her former deputy chief of staff, Christian Amato, has made no secret about his interest in going back to Albany. And John Doyle — who worked a very short time for Jeffrey Klein when he held the seat a decade ago — has also openly contemplated a run.

They join a list that could include attorney Miguelina Camilo, a lawyer with the city’s elections board who is rumored to have early backing from the Bronx Democratic Party. And then there’s Marjorie Velazquez, who was just elected to the city council last year replacing Mark Gjonaj.

Burgos, on the other hand, has spent most of this early days as a lawmaker trying to help his part of the Bronx through the worst of the coronavirus pandemic — especially when it came to food distribution. He also worked to get government help for those who somehow kept falling through the cracks.

But one achievement Burgos said he was particularly proud of was his effort to help pass the legislation supporting the Emergency Rental Assistance Program.

“I want to say in all my first year, I like to believe that I was definitely a part of all of that,” Burgos said. “It’s been such a shift in the legislature over the past five years. And I think it’s no surprise — and it’s no coincidence — that we’ve seen these changes more recently, as opposed to what we had in the past five years.”

Those years refer to the legislative stalemate caused by Biaggi’s predecessor, Jeff Klein, leading a group of Democrats across the aisle to caucus with Republicans, effectively giving them power in the upper chamber. That political split stalled legislation for years.

Burgos liked government, but he never really intended to run. Yet after years of working for the city council in his neighborhood, he started to ponder what more he could bring to the table.

“I thought my experience and my knowledge of the neighborhood and my neighbors would be crucial going to the state when the seat opened up,” the Assemblyman said.

As a senator, Burgos says he’d like to push for transportation reforms throughout the city, but especially in the Bronx.

“If you go into the history of transportation and how it was designed in the city, it’s no question the Bronx was often left out of that conversation,” Burgos said. “You look at the way subways and buses are running and (look at the) infrastructure here, (there’s) a lot of work to be done.”

Burgos simply wants to ensure the Bronx gets a fair shake at retrofitting its transportation infrastructure.

“Being one of the poorest boroughs and the poorest (counties) in the nation,” Burgos said, “I think that has to be addressed.”

Still, before anyone gets ahead of themselves, Burgos wants to make something very clear.

“I love my constituents and my neighbors,” he said. “So mostly, it would be at the betterment of just the party as a whole and the Bronx” to run for the senate seat.

“I’m really just happy to see how things shake out before anything has been decided.”

Should he run, Burgos already knows how he’ll approach his campaign: the Bronx comes first.

“Everything I do, I operate in a state with an absolute love and passion for the people of” the Bronx, he said. “I want to see the opportunities afforded to me afforded to everyone.”