Rally in the rain for psych ward 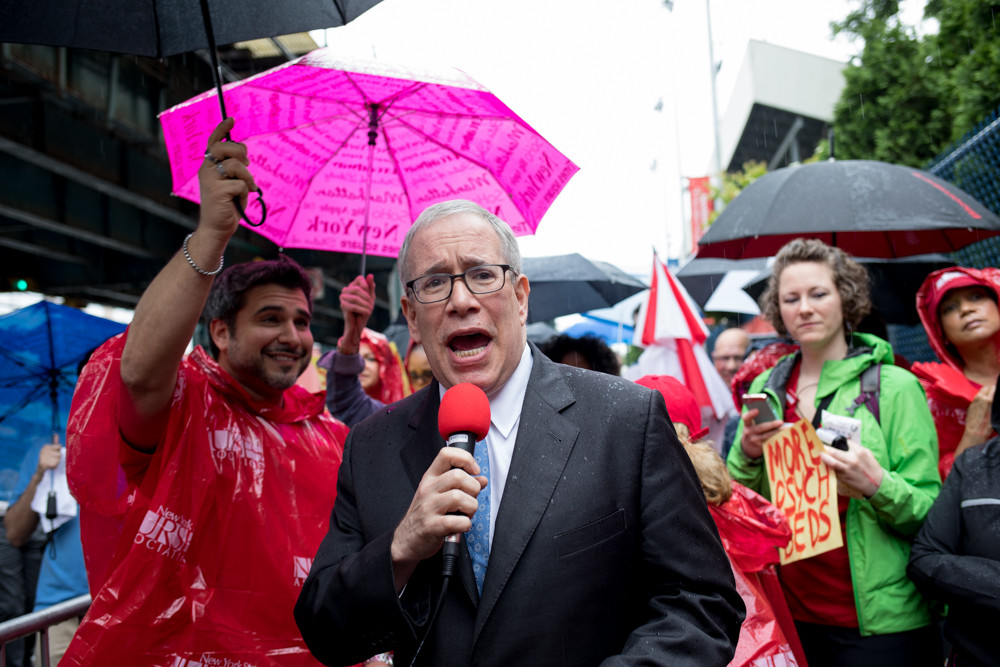 City comptroller Scott Stringer speaks out against New York-Presbyterian’s plan to decertify 30 beds in the psychiatric ward of the Allen Hospital at a June 13 rally or-ganized by the New York State Nurses Association.
JULIUS CONSTANTINE MOTAL 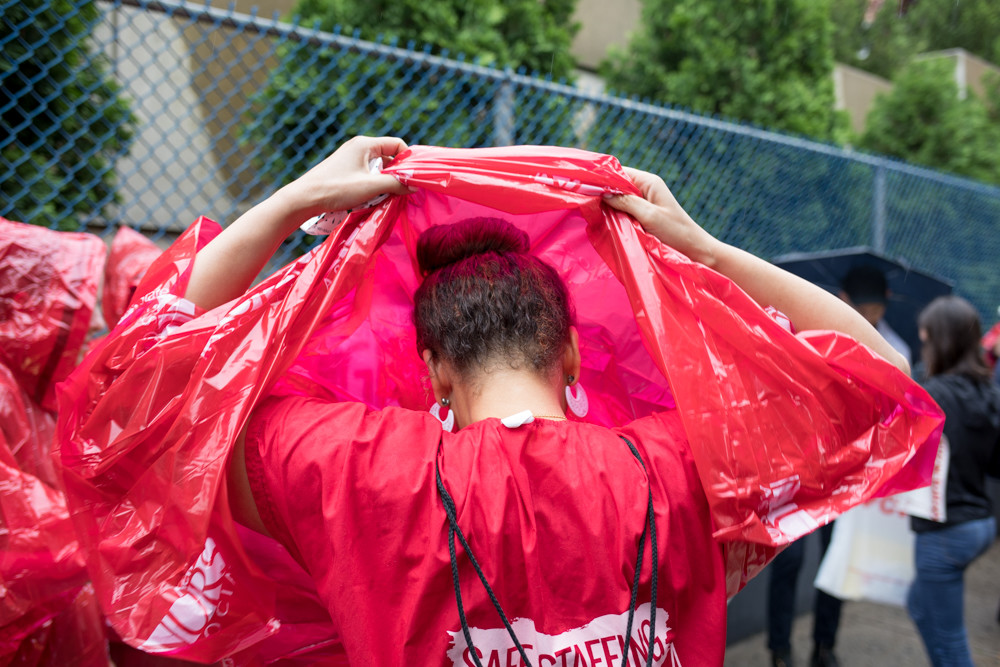 A protester puts on a poncho at a rally outside Allen Hospital just off Broadway on June 13. The New York State Nurses Association organized the rally over New York-Presbyterian’s plan to decertify 30 beds in the psychiatric ward.
JULIUS CONSTANTINE MOTAL 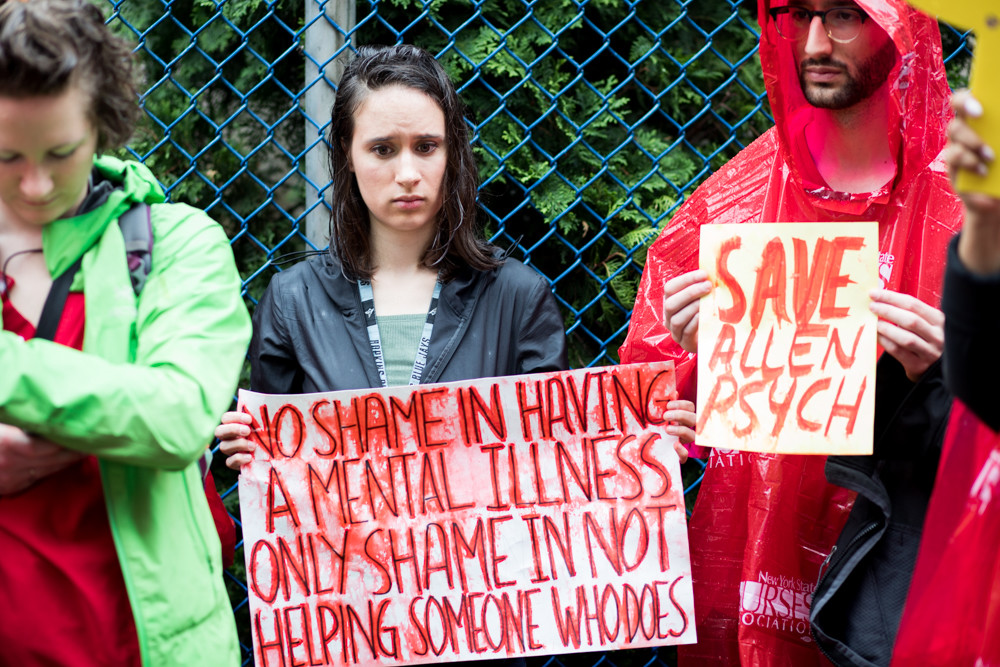 Protesters hold signs at a rally against New York-Presbyterian’s plan to decertify 30 beds in the psychiatric ward of the Allen Hospital just across the Broadway bridge from Marble Hill.
JULIUS CONSTANTINE MOTAL 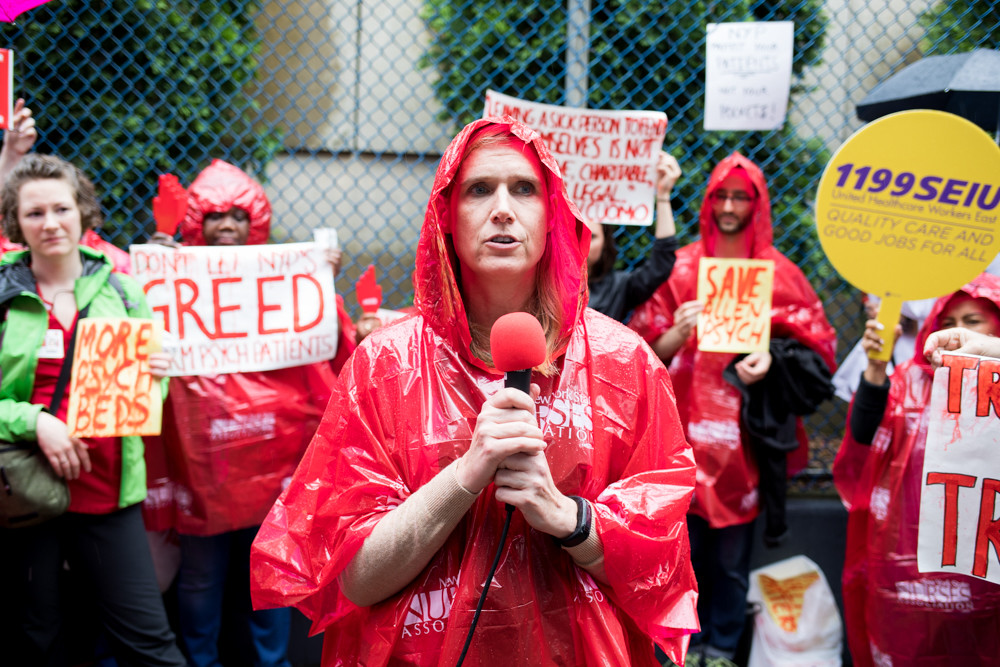 'My patients need this resource. My patients benefit from this resource,' said Beth Barron, a physician at the Allen Hospital just south of Marble Hill. Barron was one of several dozen health care professionals protesting New York-Presbyterian’s plan to decertify 30 beds in the psychiatric ward at Allen.
JULIUS CONSTANTINE MOTAL 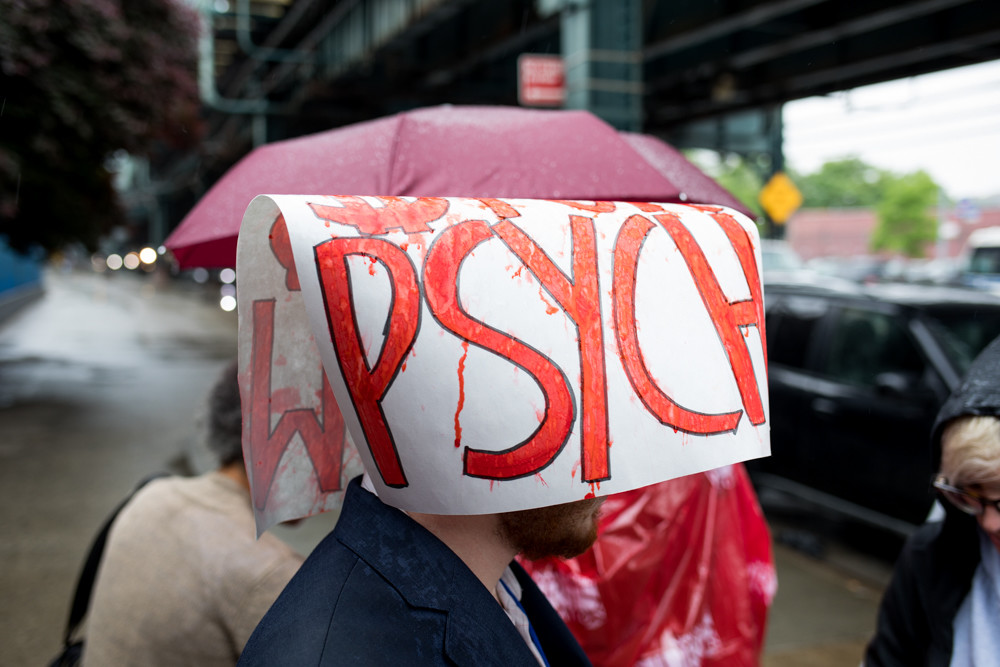 The New York-Presbyterian Healthcare System, which the Allen Hospital is a part of, plans to cut 30 inpatient beds in the hospital’s psychiatric ward. That attracted a number of protesters, including city comptroller Scott Stringer, who stressed the importance of keeping those beds open as they are a critical lifeline for the mentally ill.

By the end of the rally, there was a small ray of hope. Anthony Ciampa, a vice president of the New York State Nurses Association, shared the pending closure of those beds was pushed back a year to Summer 2019.