Many shocked, angry over claims the state senator votes on two bills were pro-BDS 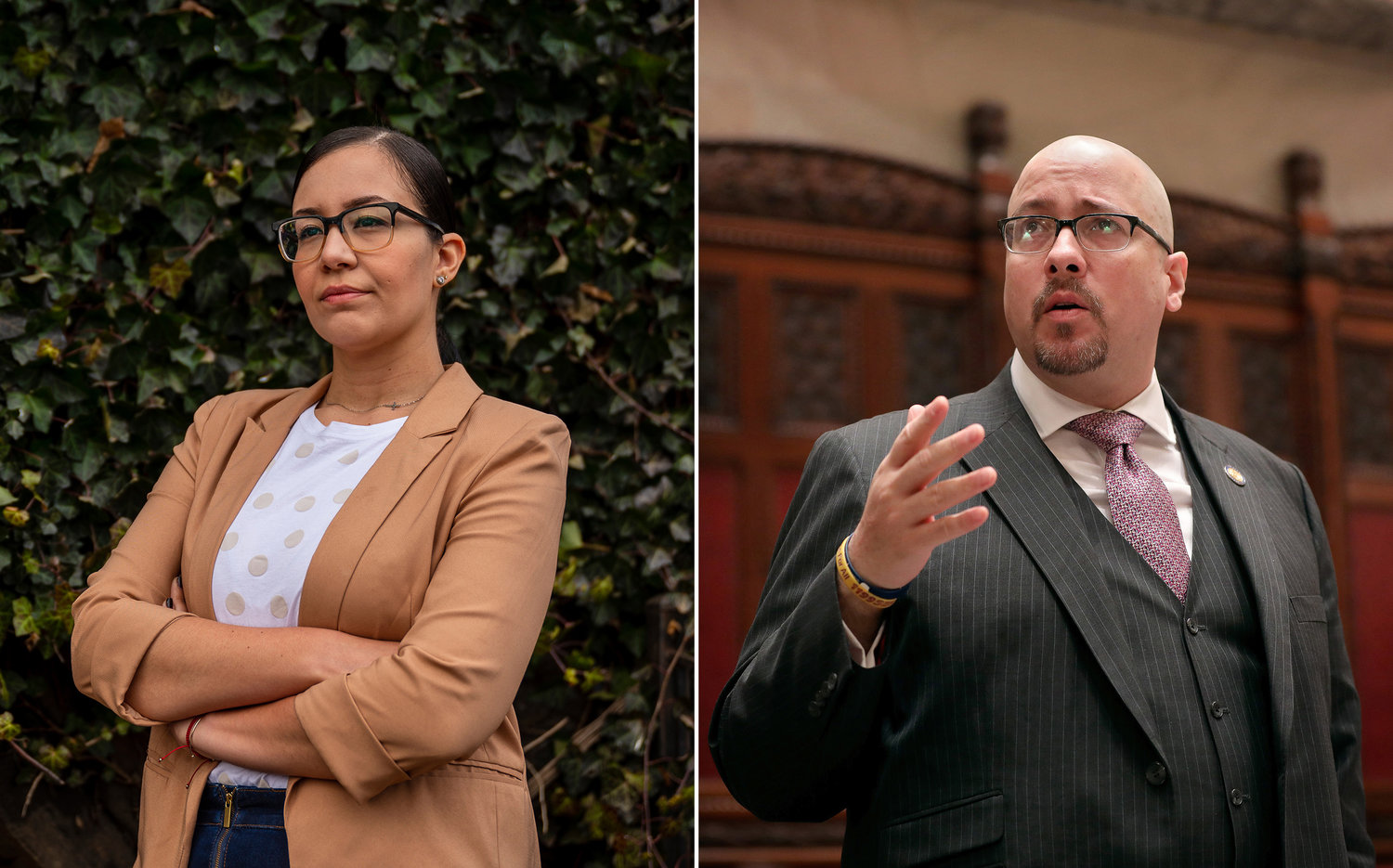 Much like Sen. Robert Jackson, Sen. Gustavo Rivera is facing off against a first-time candidate who has the support of many within the establishment party.

I was saddened and alarmed to see a full-page attack ad that targeted our state senator.”
SILVIA BLUMENFELD
By Gary Larkin

Many greater Riverdale residents were up in arms over an Aug. 11 full-page political ad in The Riverdale Press that criticized incumbent state Sen. Gustavo Rivera for supporting an anti-Israel movement and aligning himself with an American political activist who is Palestinian.

The ad, taken out by a super PAC called Common Sense New Yorkers, is geared toward Jewish voters. It tells people in Riverdale not to vote for Rivera, who is being challenged by fellow Democrat Miguelina Camilo in the Aug. 23 primary.

BDS stands for the Palestinian-led movement that promotes boycotts, divestment and economiic sanctions against Israel. Its objective is to withdraw from the occupied territories, remove the sectional barrier in the West Bank and full equality for Arab-Palestinians citizens of Israel.

These words and the glaring red and black colors certainly got the attention of the predominantly progressive Jewish voters in greater Riverdale.

The editorial team of The Riverdale Press does not review advertisements in advance before publication, according to executive editor Michael Hinman, as they are deemed separate from the editorial product. Also, ads do not necessarily represent the view of the newspaper.

“Fair housing, health care, equal education for all — these are not extreme, dangerous or reckless,” said Deborah Schiavo of Spuyten Duyvil. “Common Sense New Yorkers’ use of ‘antisemitic’ is beyond the pale.”

Silvia Blumenfeld of Riverdale also chimed in with a similar observation.

“Last week I returned home from a brief trip to visit family,” Blumenfeld said. “I was looking forward to catching up on the news here in our small corner of the northwest Bronx. I always look forward to reading The Riverdale Press and have appreciated its excellent coverage of important local issues.

“This time was different. I was saddened and alarmed to see a full-page ‘attack ad’ that targeted our state senator, Gustavo Rivera. It was prominently displayed in the centerfold of the most recent issue. I looked closely at the murky small print at the bottom of the ad, and could just barely discern the name of its sponsor.”

Schiavo said she knew what was going on.

“Common Sense New Yorkers is a political PAC,” Schiavo said. “It is controlled by multi-millionaires and at least one billionaire. Stephen Ross, who developed Hudson Yards, is a major player.

“Whom do they support? At least once their support went to a Republican. Ross organized major fund raising for Trump when he ran for the presidency. In Democratic city primaries, they consistently support the Democrat who is the least progressive. As I understand it, their modus vivendi is to put these ads out without the permission of the candidate they are ostensibly supporting although the content of their ads is stridently negative.”

Blumenfeld, who was speaking personally but belongs to the steering group for Northwest Bronx Indivisible, went on to explain the intent of the advertisement.

“The PAC’s strategy is to falsely paint their political targets as ‘extremists’ with a dangerous agenda,” she said. “Here in Riverdale, one of the best ways to do that is to make unfounded accusations of antisemitism against our senator — when nothing could be further from the truth. The readers of (The Riverdale Press) are too intelligent to fall for this type of disinformation.”

Republican extremists understand that they can only gain a foot hold in the Democratic,solidly “Blue” Bronx, by quite literally “messing around” with our Democratic primaries, Blumenfeld added.

In a letter to the editor appearing in today’s Press, North Riverdale resident Joel Chaiken pointed out the hypocrisy in the ad against Rivera. He used a simple formula to show how the attacks make no sense for a long-time Democrat such as Rivera.

“Shocking but true. The local Benjamin Franklin Reform Democratic Club supports pro-BDS candidates,” he wrote. “Of course, this is not true. But it is the logical conclusion when you start with lies.

“Fact: A full-page ad taken out by the right-wing PAC,  Common Sense New Yorkers, in last week’s Riverdale Press printed Sen. Rivera’s statements and positions taken between 2014 and 2020 and construed them as pro-BDS.

“Solid logic. But there is a problem. Gustavo’s positions on BDS and Israel could not have been that bad; otherwise the Ben Franklin Club would not have endorsed him so many times.”