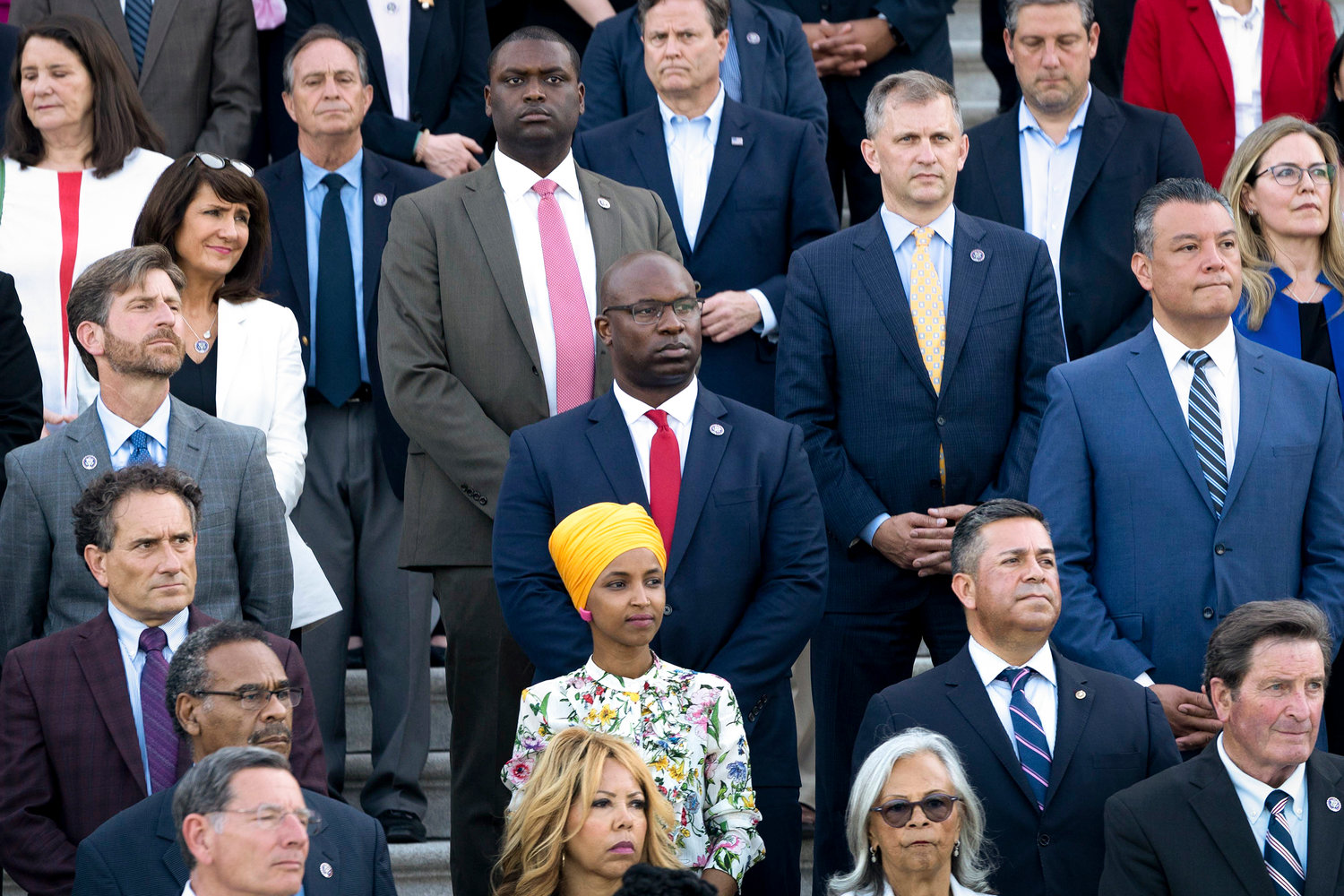 A year after the Jan. 6 insurrection attempt at the U.S. Capitol, U.S. Rep. Jamaal Bowman says the country still needs to collectively heal. That’s why the congressman penned a letter President Joe Biden, asking for Jan. 6 to be recognized as a ‘National Day of Healing.’
Courtesy of U.S. Senate Democrats
By ETHAN STARK-MILLER

This week marks a year since U.S. Rep. Jamaal Bowman was first sworn into Congress. But it also marks the anniversary of a much darker event in both Bowman’s and the country’s memories: The Jan. 6 insurrection at the U.S. Capitol.

On that day, more than a thousand supporters of then-President Donald Trump violently forced their way past security barricades and Capitol Police officers into the halls of Congress. The mob hoped to stop the certification of the 2020 presidential election results that ultimately solidified Joe Biden’s victory over Trump.

Members of both chambers were evacuated off the House and Senate floors, moved to secure locations in the Capitol complex. Some 140 law enforcement members were injured during the violence, mostly by rioters using a variety of weapons. And five people died during or soon after the attack — including one rioter.

Now a year later, the coronavirus pandemic continues to rage and several bills that made it through the House have failed to achieve the same result in the Senate.

“I’m feeling like the country needs healing more than anything else,” the congressman said. “Not just because of the anniversary of the insurrection and the reminder of Trump, the ‘big lie,’ and the rising white nationalism in our country. But also in terms of the continuing spread of COVID and the omicron variant, and how that’s just impacting everyone’s lives.”

Bowman turned his desire for national healing into action just as 2021 ended, penning a letter to Biden, asking him to proclaim Jan. 6 as a “National Day of Healing.”

“We need an opportunity to collectively heal together, and a designated day to do so will help rally the country behind this cause,” read Bowman’s letter. “I urge you to use your executive power to highlight the injustice of Jan. 6, and make sure the trauma it caused is not lost to history.”

One way to heal from the insurrection attempt on Jan. 6 last year, says U.S. Rep. Jamaal Bowman, is to make sure those responsible are held …

One way of achieving that, Bowman said, is through accountability — something he believes is currently underway on a couple of fronts.

The U.S. Justice Department has deployed a number of investigators and prosecutors across the country to find and arrest a large number of the estimated 2,000 people who participated in the violence. At this point, more than 700 have been charged with crimes, with a little more than 50 of them sentenced to everything from house arrest, to probation, to paying four-figure fines.

But some have been handed multi-year prison sentences. Like Robert Palmer, who was recently sentenced to more than five years for attacking police with a wooden plank and a fire extinguisher.

Additionally, a special commission of House Democrats is investigating what role the Trump administration and Republican lawmakers may have played in the attack. The commission already has gone after top Trump administration figures like former chief of staff Mark Meadows and former chief strategist Steve Bannon — and possibly Donald Trump himself.

The committee also interviewed more than 300 witnesses, issued more than 500 subpoenas, and obtained 35,000 pages of records.

“The Jan. 6 Commission is doing this work, and offering subpoenas to the right people, and holding people in contempt if they do not respond to those subpoenas,” Bowman said. “So, I think the process of accountability is happening in real time.”

But not all the issues contributing to Jan. 6 are being addressed adequately, Bowman said. For instance, he feels like not enough has been done to improve security at the Capitol complex over the past year — an issue he’s been quite vocal about.

The congressman even introduced a bill — the Congressional Oversight of Unjust Policing, or COUP, Act soon after Jan. 6 — that aimed to improve how law enforcement agencies communicate with each other and respond to threats on Capitol Hill.

“One of the things I’ve learned over the past year is that law enforcement at every level needs to do a better job of sharing information,” Bowman said. “One of the reasons why we called for the COUP Act a few days after the insurrection was because we learned that the FBI had information on white nationalist groups and their … involvement in what might happen on Jan. 6. And that information wasn’t shared as widely as it could’ve” been.

Even as recently as December a House staffer was able to walk past a security checkpoint in the Longworth House Office Building — where Bowman has his office — with a loaded handgun in his backpack. It took Capitol Police 12 minutes to discover the weapon and arrest him.

“How did this person get through a scanner?” Bowman asked. “The scanner identified the firearm in the bag, but he was able to walk away with his bag and wasn’t found until several minutes later. So, still many security issues. Still consistent security threats.”

Another issue following Jan. 6, is what Bowman describes as the increasing number of white nationalists who believe the baseless claim the 2020 presidential election was stolen from Trump. In many states across the country, Republicans are turning this belief into policy by making it harder to vote, the congressman added, and removing measures that help ensure the integrity of elections.

This “will lead, if we don’t do our job with urgency, to Republicans having the majority in the House and potentially the Senate in 2022,” Bowman said. “And then the White House in 2024. And if that Republican in the White House is Trump, we’ll see a rise in white nationalism that we don’t even want to imagine.”

The best way to fight this, Bowman said, is if Congress passes comprehensive voting rights legislation, like the For the People Act, intended to nationalize many of the measures that some lawmakers say helped boost turnout in 2020, including easier access to absentee ballots, and to voter registration itself.

But all the riot accountability and efforts to stem the rise of white nationalism won’t be enough if people don’t find a way to collectively heal.

“it’s not just about accountability,” Bowman said. “If everyone who participated in the Jan. 6 insurrection is held accountable, is that enough to put our country back on track from a psychological perspective? And from the perspective of the health of our democracy? I would say no.”