Still shaken from Jan. 6 riot, Bowman and Espaillat turn their fears into action 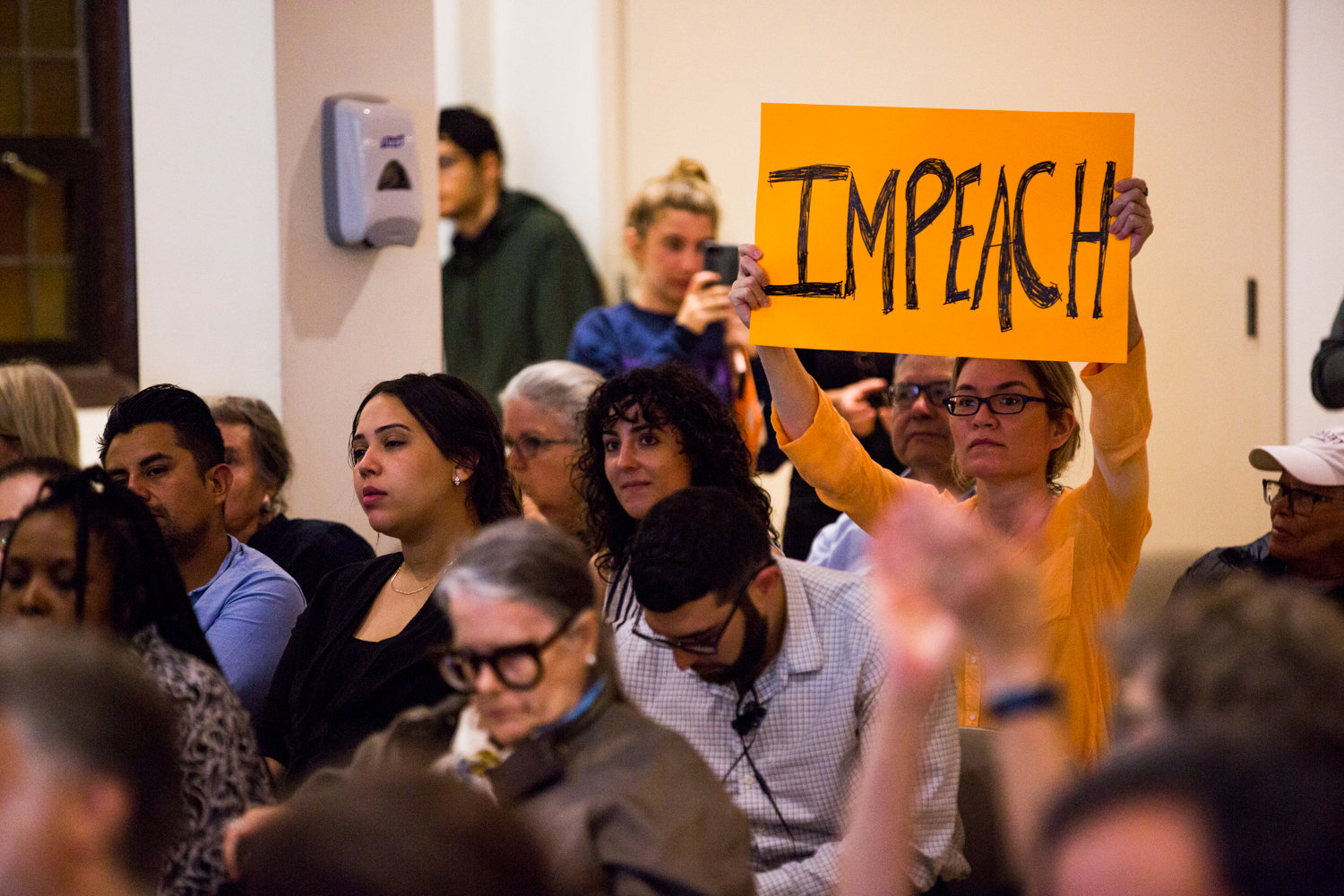 U.S. Rep. Adriano Espaillat huddled with his congressional team while insurrectionists breached the Capitol on Jan. 6. After the attack, Espaillat introduced legislation to have some House Republicans who he says supported the attack investigated. He also voted in favor of President Donald Trump’s second impeachment.
JULIUS CONSTANTINE MOTAL/ File 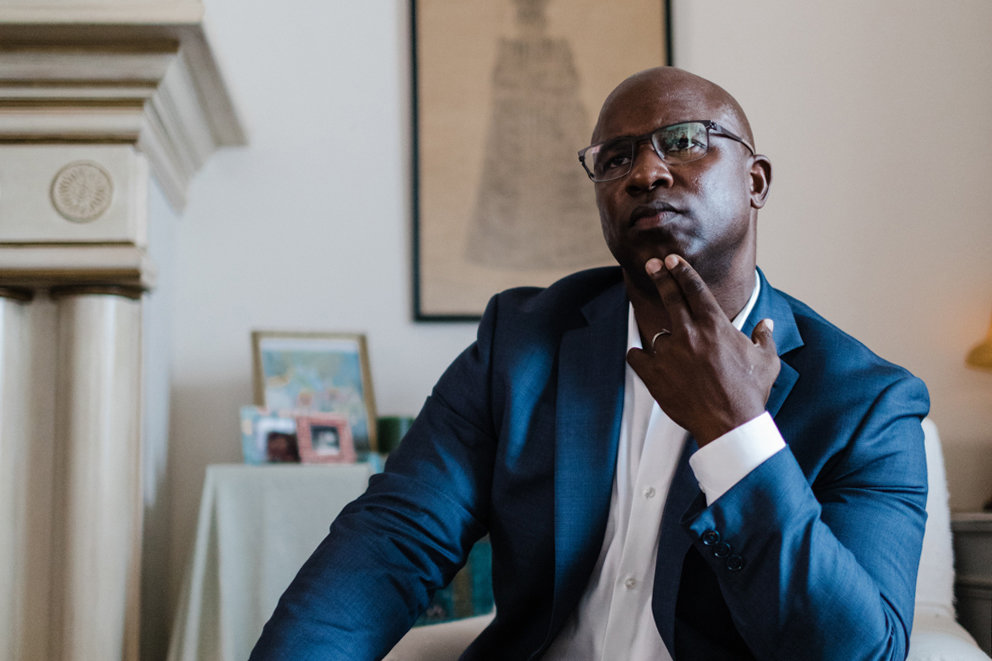 When rioters attacked Capitol Hill two weeks ago, Jamaal Bowman was shocked and afraid. The newly minted congressman quickly turned that fear into action, introducing his first piece of legislation and voting for the second impeachment of President Donald Trump.
File photo courtesy of Corey Torpie 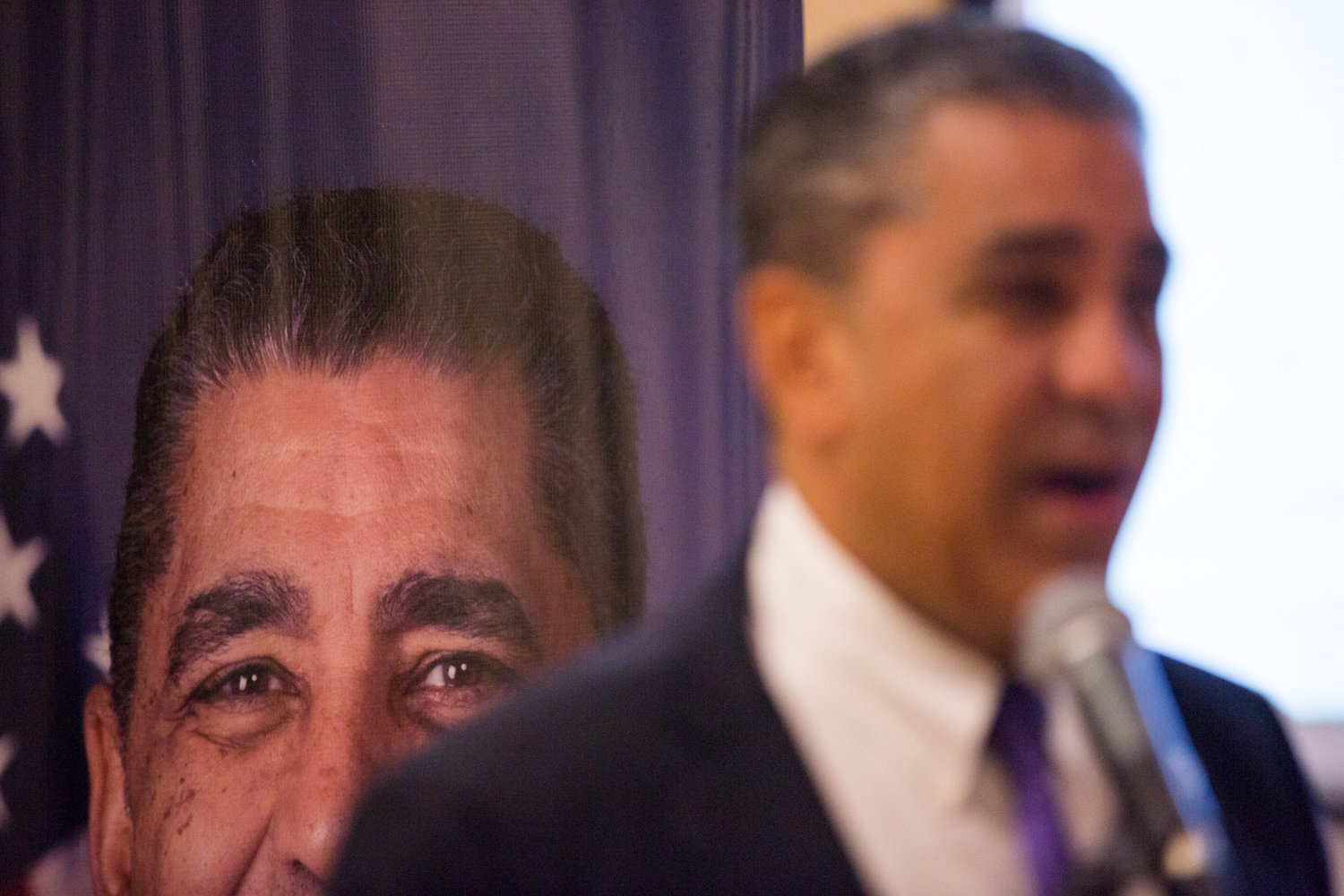 Local congressmen Jamaal Bowman and Adriano Espaillat rode out the Jan. 6 attack on Capitol Hill in their offices. Both voted for the second impeachment of President Donald Trump, and supported further investigation into what even federal prosecutors are calling an insurrection.
JULIUS CONSTANTINE MOTAL/ File
Previous Next
By ETHAN STARK-MILLER

In the days leading up to his swearing in as one of Washington’s newest congressmen, Jamaal Bowman knew there would be a lot of fight ahead of him advancing his progressive ideals. He just didn’t expect it to actually be a physical fight.

In fact, Bowman is still in a bit of disbelief over his first two weeks in Congress, which included a violent attack on Capitol Hill and a vote to impeach President Donald Trump a second time for making that attack happen.

“I didn’t expect any of this,” Bowman said. “Never. Never in a million years.”

Yet it happened last week when, culminating with Bowman joining his fellow Democrats — and 10 Republicans — to force yet another Senate trial involving Trump, despite his impending departure from the White House.

Because the coronavirus pandemic limited the number of congressional members who could be on the House floor at one time, Bowman was watching what would typically be a routine certification of Electoral College votes that would ultimately hand the presidency to Joe Biden. Outside their very building, however, a crowd of right-wing extremists — riled up by Trump at a nearby rally — broke through Capitol Police barricades and stormed the seat of U.S. democracy.

“I went from watching the debate related to certifying the election results, to seeing Nancy Pelosi get ushered away and the Capitol go on lockdown,” Bowman said. “And then I turned the channel to CNN, I believe it was, and I just saw people literally scaling the walls of the Capitol. So, it was obviously just (a) shock. And very scary.”

Bowman sheltered with his congressional team in his office inside the Longworth House Office Building — one of three buildings Congressional members use just south of the Capitol building itself. He only left his office briefly to see what was happening on the building’s ground floor — where other House members were secured together in one room. Deciding not to join them and stay with his staff, Bowman went back to his office.

The insurrection left four rioters dead. One woman was shot by Capitol Police and died on the scene — while three others died in the hospital of injuries sustained during the attack. Additionally, two Capitol Police officers died — one of injuries he sustained in the riot, the other from a suicide afterward.

No members of Congress were injured or killed.

While all of this was going on, the first question on Bowman’s mind was how were the rioters able to get past the Capitol Police with so little resistance? And why wasn’t there a stronger law enforcement presence to resist a potential riot? Bowman also noticed the clear disparity between the police’s deferential treatment of rioters — opening barricades for them — and their brutal treatment of Black Lives Matter protesters over the summer, when peaceful demonstrators were often met with batons and tear gas.

That thought process led Bowman to draft and introduce his first piece of legislation — the Congressional Oversight of Unjust Policing, or COUP, Act. The bill intends to create a national commission to investigate the insurrection. It also would look to fix issues with the Capitol’s security apparatus, investigating possible ties between Capitol Police and white nationalists.

“The way Black and brown communities are treated versus white communities is telling and startling across the country,” Bowman said. “Much of it is rooted in unconscious racism and implicit bias. And some of it is an outright explicit racism. And it needs to end.”

Three Capitol Police officers were ultimately suspended after the attack and another dozen or so are under investigation, according to reports. Additionally, the department chief and two top security officials were forced from their posts.

Seeing what happened, and knowing what Trump had planned earlier in terms of a rally near the White House, Bowman knew exactly where blame was warranted. He was one of the first to come out calling for the president’s impeachment a second time, and voted in favor of it on Jan. 13.

“We have a president who literally waged war against his own country,” Bowman said. “So, I was proud to cast my vote, to make him the first president in history to be impeached twice.”

The Rayburn Building, which houses U.S. Rep. Adriano Espaillat’s office, is next to Bowman’s building just yards from the main Capitol building. He also was in his office when the attack started, preparing to head to the House floor.

“So, the police came here,” Espaillat said. “They wanted me to leave to another location, but I stayed in my office with my staff.”

Everybody was afraid, Espaillat said, but luckily the rioters didn’t breach Rayburn, and ultimately he and everyone on his team were safe.

Still, he has a few years on Bowman in Washington, first elected in 2016, so Espaillat has seen many demonstrations around the Federal City. But he never even imagined seeing what the angry crowd turned into on Jan. 6.

Espaillat joined the Bowman-led chorus calling for Trump’s impeachment — a move he was a vocal supporter of in 2019 as well.

“I think this president has split this nation, and has been a clear and present danger to the country,” Espaillat said. “He has put us in peril, and he incited that mob to come in and be violent.”

Espaillat introduced a resolution calling for an ethics investigation of House Republicans who openly showed support for the attack. Another lawmaker, U.S. Rep. Mikie Sherrill of New Jersey, claimed she saw some of her Republican colleagues giving “reconnaissance” tours of the Capitol, according to reports. Sherrill didn’t specify which members were leading the tours, and the matter is under investigation.

After all that happened that day, Bowman said he’s thankful no House members were hurt and his office building wasn’t breached.

“But it’s heartbreaking that two police officers have died,” Bowman said, “which just captures how horrible this was.”