Mentoring from a distance 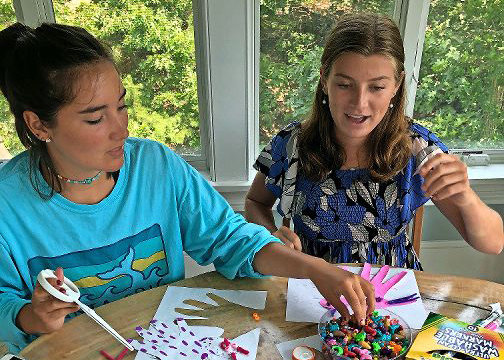 HomeBuddies Mentoring co-founders Katie Koch, left, and Cecilia Needham cut and color hand tracings during a group activity. HomeBuddies, a personalized mentorship program, was designed to provide children with remote mentoring during the height of the coronavirus pandemic.
Courtesy of Una Darrell 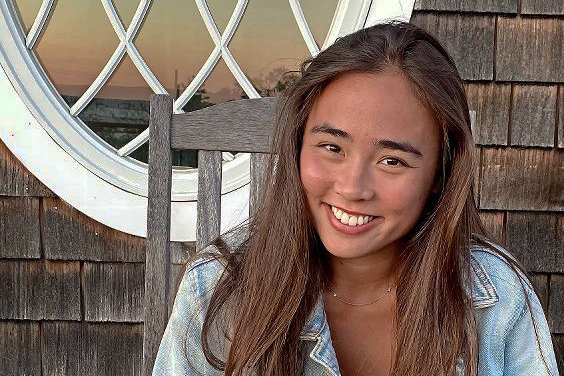 Riverdale Country School graduate Una Darrell is one of the co-founders of HomeBuddies, a personalized mentorship program for children. She mentored a 10-year-old girl in Texas through the program during the coronavirus pandemic.
Courtesy of Una Darrell
Previous Next

‘I could see in kids how difficult it is to go through this time right now.’”
-Una Darrell, HomeBuddies Mentoring
Want to join?

When Columbia University — and the rest of the city — shut down in mid-March, one of the first things Ernest Robertson thought about was the kids.

As a college student, he didn’t think his social development from not being in class would suffer. Robertson navigated distance learning fairly easily, and he kept in touch with his friends virtually.

But that wasn’t the case for those children younger than Robertson. They weren’t in classrooms. They couldn’t go on playdates anymore. And like anyone else in the coronavirus pandemic, they weren’t immune to feeling isolated from the people they cared about.

To make matters worse, many parents had to balance their work — some of which had been further complicated by the pandemic — with added child care responsibilities now that their children were learning from home.

College students like Robertson weren’t unaffected from disappointment either. Some had internships and summer jobs canceled, clearing out their calendars for the foreseeable future once the spring semester ended.

Although the pandemic created particularly trying times, it was in this climate Robertson found inspiration for a unique program he felt might help ease the burden.

Robertson and fellow Riverdale Country School alum Una Darrell put together a group of college-aged peers to develop HomeBuddies Mentoring, a remote mentoring program for children from preschool to seventh grade. In a time when children can’t interact with others as easily as they used to, HomeBuddies focused its attention on connecting children across the country with college-aged mentors with similar interests.

In addition to being a co-founder, Darrell also is a mentor. She recognized early on how children would likely miss talking with their classmates and teachers when they weren’t going to school — at least in the traditional sense.

“For me, it was really important to be a mentor because I could see in kids how difficult it is to go through this time right now,” Darrell said. “I wanted to be one of those people where a kid who was stuck at home could now have somebody to talk to, or someone to do arts and crafts with.”

When signing children up for HomeBuddies, parents fill out an application listing their children’s interests. At the same time, prospective mentors — many of whom have tutoring, camp counseling or other teaching experience — indicate interests on applications of their own.

After that, children are paired with a mentor who has similar interests, scheduling weekly or even twice-weekly sessions online through the Zoom videoconferencing app.

“We make matches based on mostly interests and scheduling,” Robertson said. “If a kid is very interested in … arts and crafts, we pair them with a mentor who also emphasized their interest in arts and crafts.”

HomeBuddies sessions can include academic support or tutoring, or they can be just for fun. Science-inclined mentees might make a baking soda volcano, while artistically inclined ones might do an art project.

Darrell is mentoring a 10-year-old girl named Elizabeth, who lives in Texas. Although they’re more than a thousand miles apart physically — and years apart age-wise — Darrell and Elizabeth connect twice each week, whether they’re making slime or other arts and crafts, or simply just talking.

“It’s been really cool just starting to build this relationship, even though it is virtual,” Darrell said. “She and I have gotten really close now, and I think we both really look forward to our meetings because it’s nice to have someone to talk to when you’re sitting at home alone.”

HomeBuddies also offers group sessions three days per week — up until recently. These sessions were less specialized, said Robertson, but still provided structured activities for the kids like science experiments, art projects and even group yoga.

While its founders pursue a nonprofit status for the program, for now, HomeBuddies operates on a donation model. While families are free to pay what they can, the suggested donation is $20 per session. The group also accepts donations from people outside the HomeBuddies network, using that money to cover the costs of running the program, including website and Zoom videoconferencing app account fees for the mentors.

While the summer might be over, HomeBuddies isn’t showing any signs of slowing down. In fact, Darrell says she plans to adapt its offerings for the fall through its “pod program’ where small groups of children meet with a HomeBuddies mentor online after school. It’s expected to replace the original summer group sessions, providing after-school sessions and extracurricular activities when schools can’t provide them.

“While it’s not the same as obviously meeting in-person and going to an after-school program,” Darrell said, “it will give kids the opportunity to still see their friends and meet some new kids if they want to — all supervised by HomeBuddies-trained mentors.”