Riverdale Y showcases the artistic beauty of the tree 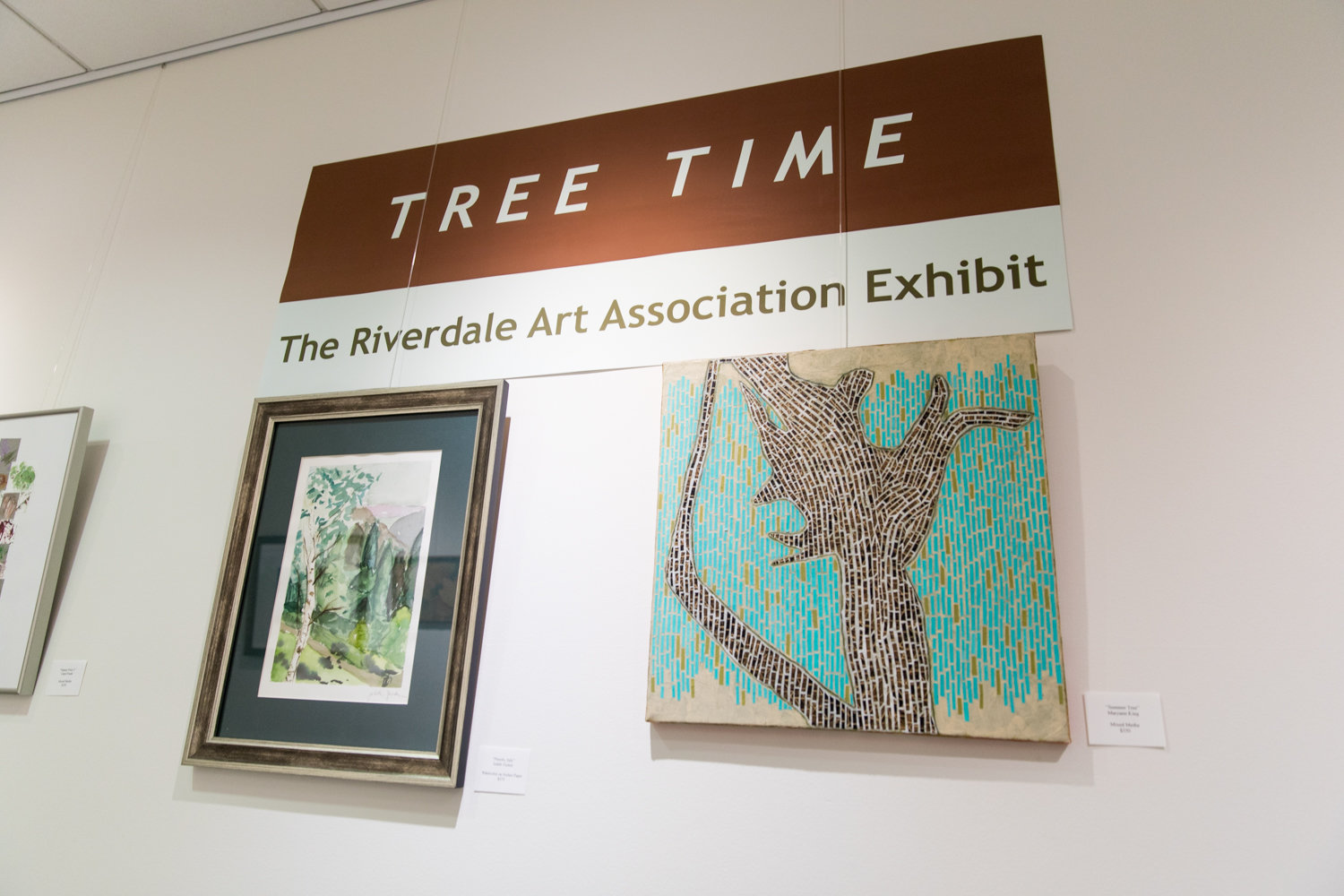 The Riverdale Y’s new exhibition ‘Tree Time’ showcases tree-themed artworks by members of the Riverdale Art Association. It is on display through Nov. 3.
JULIUS CONSTANTINE MOTAL 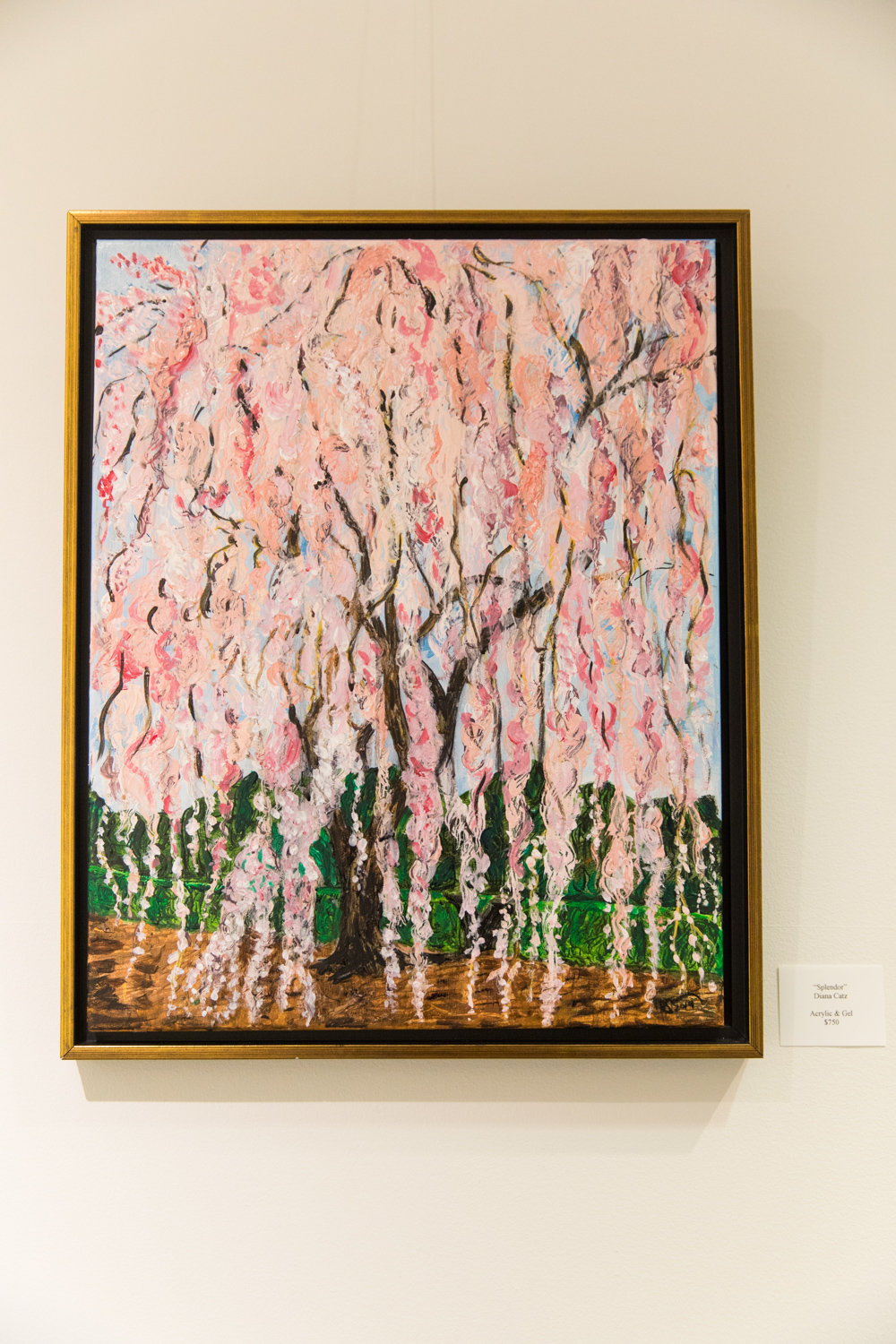 Diana Catz’s painting ‘Splendor’ is included in the exhibition ‘Tree Time,’ on display at The Riverdale Y on Arlington Avenue through Nov. 3.
JULIUS CONSTANTINE MOTAL 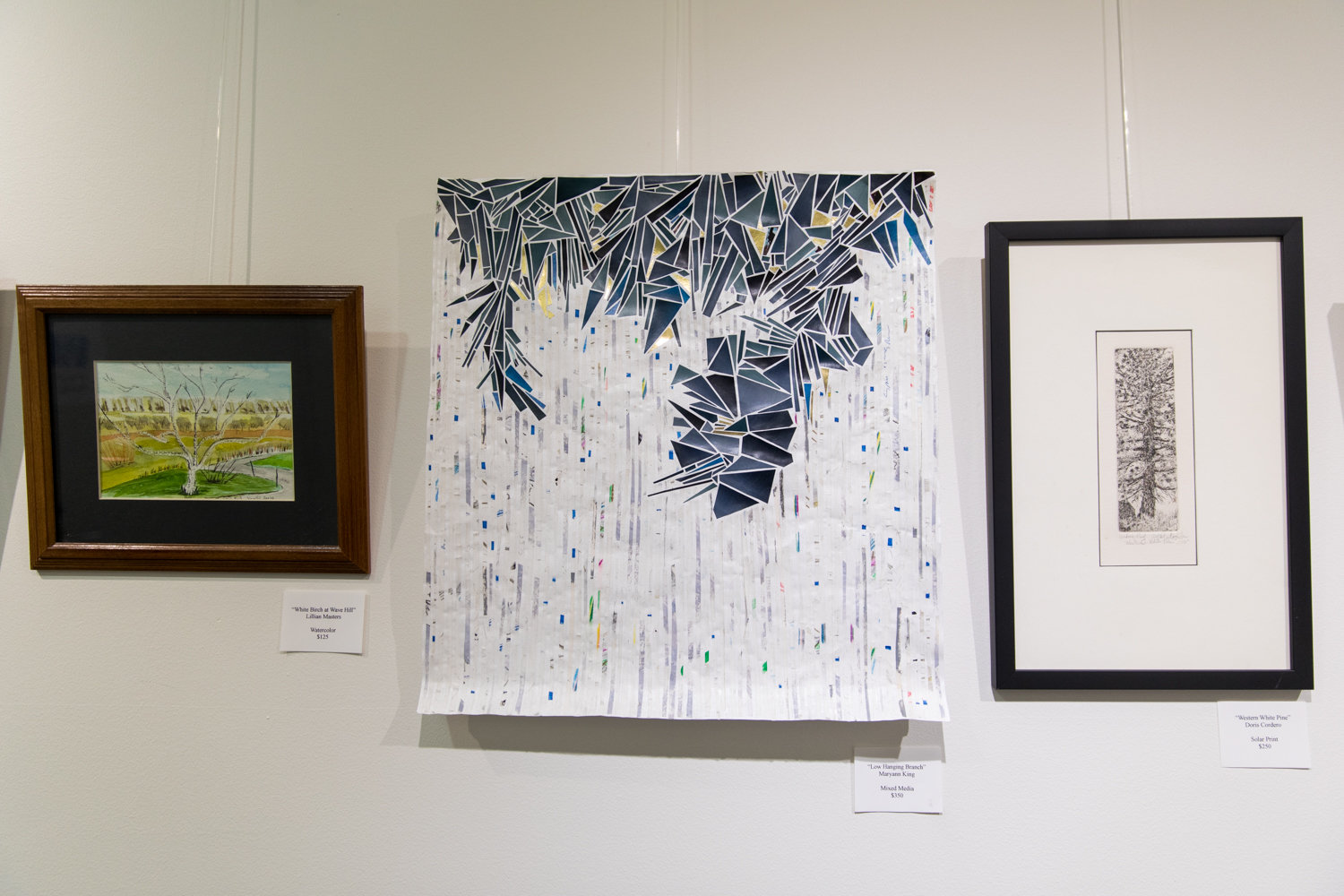 Members of the Riverdale Art Association have different painting styles, all of which are featured in ‘Tree Time,’ a new exhibition at The Riverdale Y.
JULIUS CONSTANTINE MOTAL 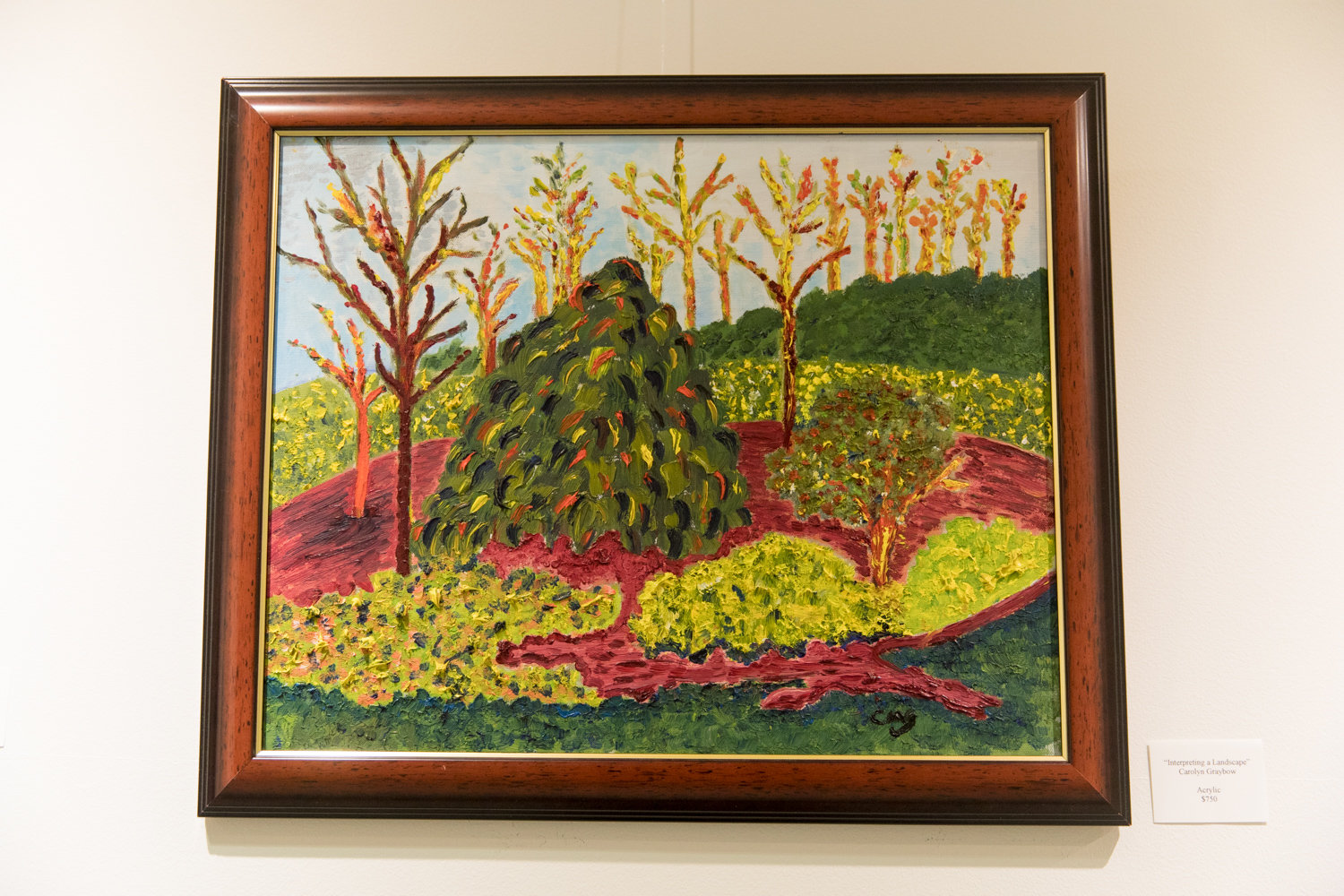 Carolyn Graybow’s painting ‘Interpreting a Landscape’ is included in the exhibition ‘Tree Time,’ on display at The Riverdale Y through Nov. 3.
JULIUS CONSTANTINE MOTAL 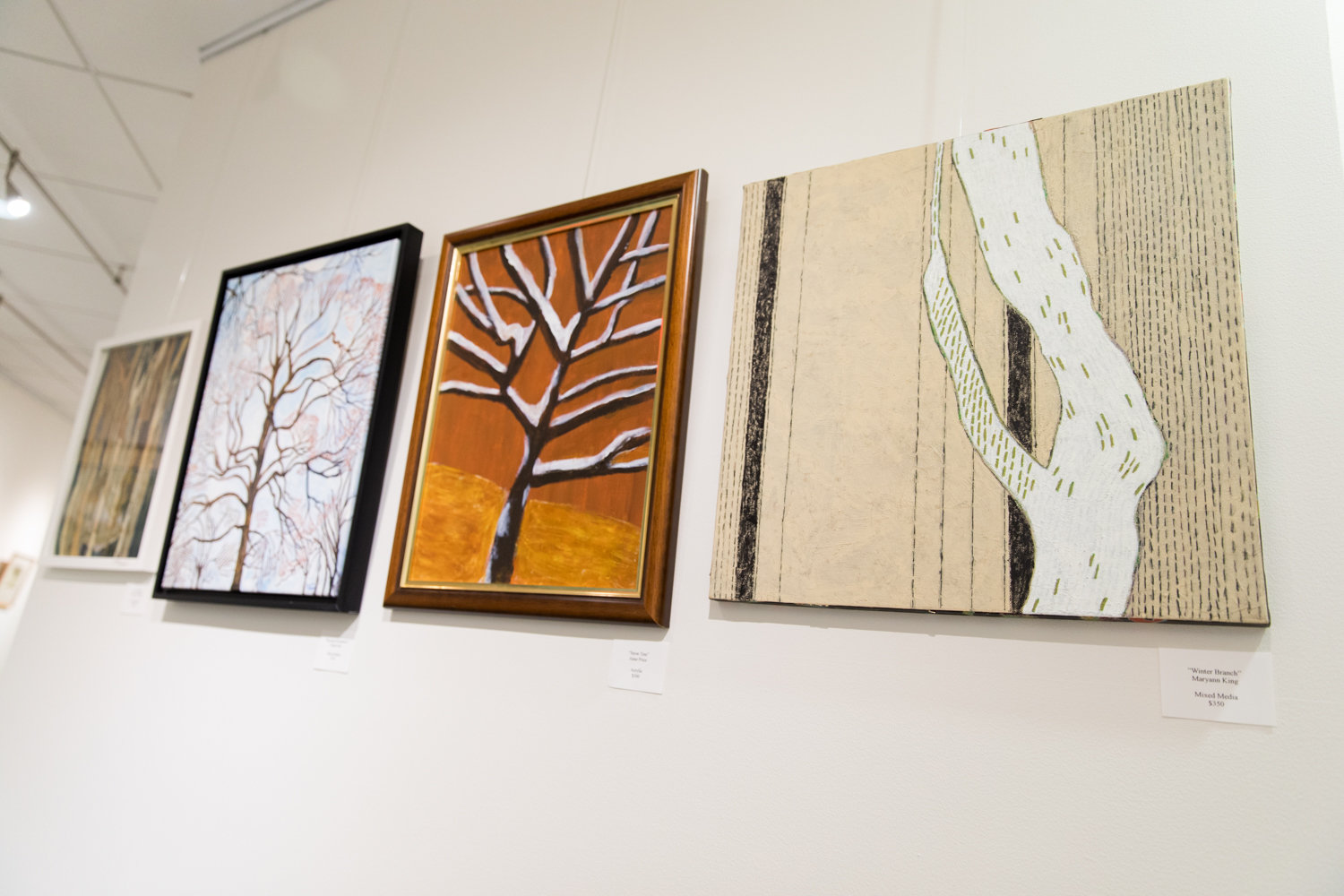 The Riverdale Y’s Gallery 18 space went full arboreal with its latest exhibition ‘Tree Time,’ which is on display through Nov. 3.
JULIUS CONSTANTINE MOTAL 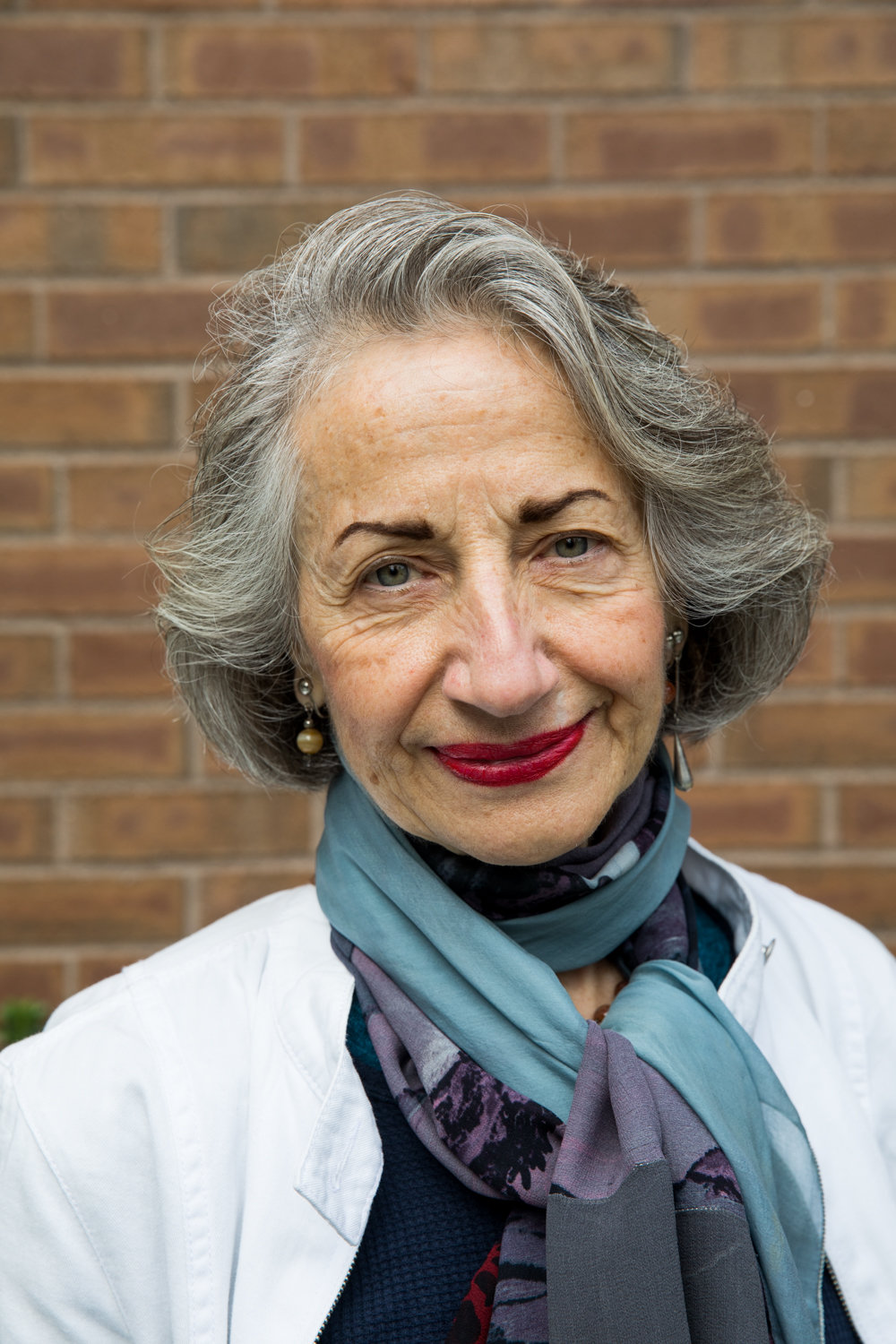 Maria Neuda, curator for The Riverdale Y’s Gallery 18, sought to celebrate all the ways in which trees enliven and enrich the world around them through the exhibit ‘Tree Time.’
JULIUS CONSTANTINE MOTAL 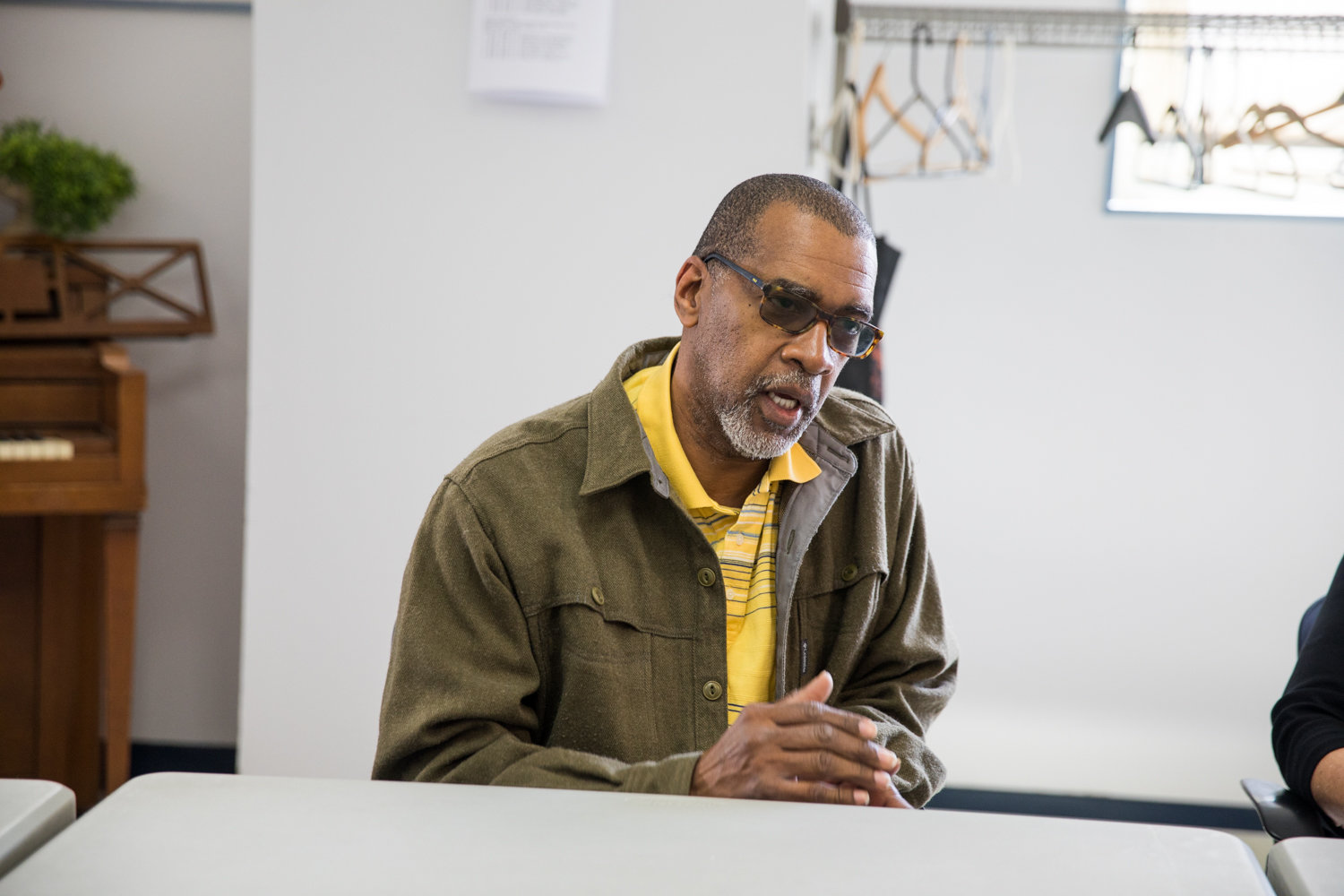 Dennis Shelton talks about his lifelong artistic practice at RSS-Riverdale Senior Services. Shelton is president of the Riverdale Art Association, whose group exhibition ‘Tree Time’ is at The Riverdale Y through Nov. 3.
JULIUS CONSTANTINE MOTAL / File
Previous Next
If you go ...

Trees are not particularly fascinating on their own. They are a dull green half the year, noteworthy for around two months in fall, and then barren, gothic protrusions throughout the winter months.

Despite their less-than-stellar visages, trees remain major providers of, among other things, oxygen. The tree is simply a vital, yet background, character in the scenery of the world.

Dennis Shelton, however, disagrees, moving beyond the scientific factors of how significant trees are.

That’s the connection Maria Neuda was looking for in putting together “Tree Time,” an exhibit at The Riverdale Y on display through Nov. 3.

Neuda, the curator of The Y’s Gallery 18, originally proposed a number of themes to art association members, but one — trees — received the most praise, much to Shelton’s excitement. Composed of local artists of all disciplines, association members decided to create a juried event — meaning inclusion was not a guarantee for the various artists, and it would depend on some sort of judging process.

Each participating artist was free to contribute up to four pieces. That ultimately meant 19 creators submitted 52 total works. Judges included Luis Perelman and Julie Cousens of Blue Door Art Center in Yonkers, as well as Enrico Giordano, an associate professor of fine arts at the College of Mount Saint Vincent.

The judges reduced the exhibit to the 34 works of art now on display at The Y’s Arlington Avenue gallery. The artwork features a wide variety of styles and methods, ranging from watercolors to collage, and everything in between, in order to consider and deconstruct the compositions of the tree itself.

“There is tremendous talent,” Shelton said. “I was very impressed.”

So impressed, in fact, Shelton is considering a yearly rotation of artwork related to trees.

There is an element of advocacy and awareness in the show, organizers said, especially in reflection of the unseen assistance provided by trees.

“They do such a good job of filtering the rainwater that we hardly have to do anything when it comes out of the tap,” Neuda said.

The tree is not an accessory, something to dot the background and pass by without a second thought. This exhibition and the artwork therein help focus attention back onto a quintessential part of the environment, especially when it comes to climate change. It’s a message Shelton makes clear, even on The Y’s website. “I believe that this is the perfect time to take a closer look at trees … especially with the drastic changes in climate.”

Currently, major forest fires around the world — such as in Brazil or Sumatra, or even in California — occur due to a systematic disregard for the state of local or global ecosystems.

A core of the exhibit’s ethos is to generate empathy and care toward trees and the environment in connection with human survival with great emotion and heart.

“It can’t speak in a loud voice. But it generates thought.”