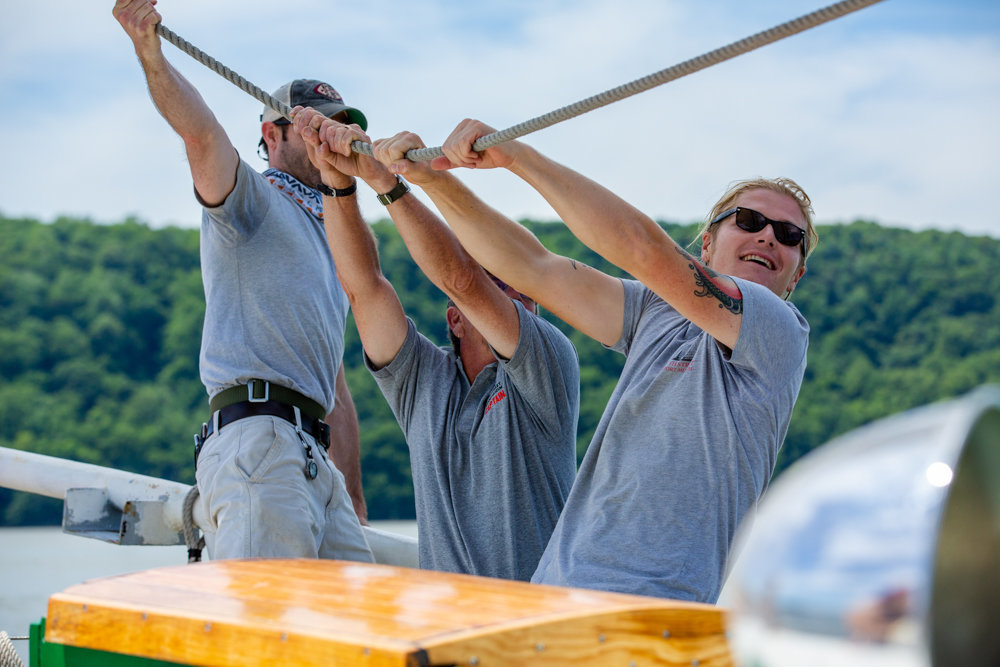 Gabriel Peterson, right, leads a group of crewmembers tacking the mainsail aboard the Pioneer schooner at RiverFest. Because of the coronavirus pandemic, the organizers behind RiverFest have canceled this year's celebration of the Hudson River.
EIAN KANTOR / File
Support Local Journalism

It's difficult to say what society will be like in mid-June as New York makes an attempt to come out from under the coronavirus pandemic storm clouds. But whatever happens, there is one thing that is certain: RiverFest, the annual festival on the grounds of the College of Mount Saint Vincent, won't be happening this year.

The Kingsbridge Riverdale Van Cortlandt Development Corp., officially pulled the plug on the festival celebrating the Hudson River on Tuesday, while postponing a number of other events that had been planned over the next few months.

RiverFest was scheduled to be a two-day event beginning June 13 at The Mount campus, complete with food, music and art. It started as a push to open the shores of the Hudson in this part of the Bronx — a feat made more complicated by the Metro-North/Amtrak railroad lines that run along the riverbanks. Yet, the festival has drawn hundreds of people over the years, even as some state funding for the festival dried up.

Not quite canceled, however, was a planned gala celebrating 10 years of RiverFest that had been planned for June 12. While the gala won't happen in June, KRVC planners say they hope to simply move the event to later in the year.

Not everything is going away just yet, however. Remaining on the schedule is Truckin' with KRVC Last Day of School celebration at Parkview Sports on June 26, a Gallery 505 opening July 9, National Night Out on Aug. 4, and a summer concert on Aug. 10, among others.

RiverFest is not going away, however. KRVC says it will set a date for the 2021 RiverFest later this year.