RKA’s season over after narrow loss to Maspeth 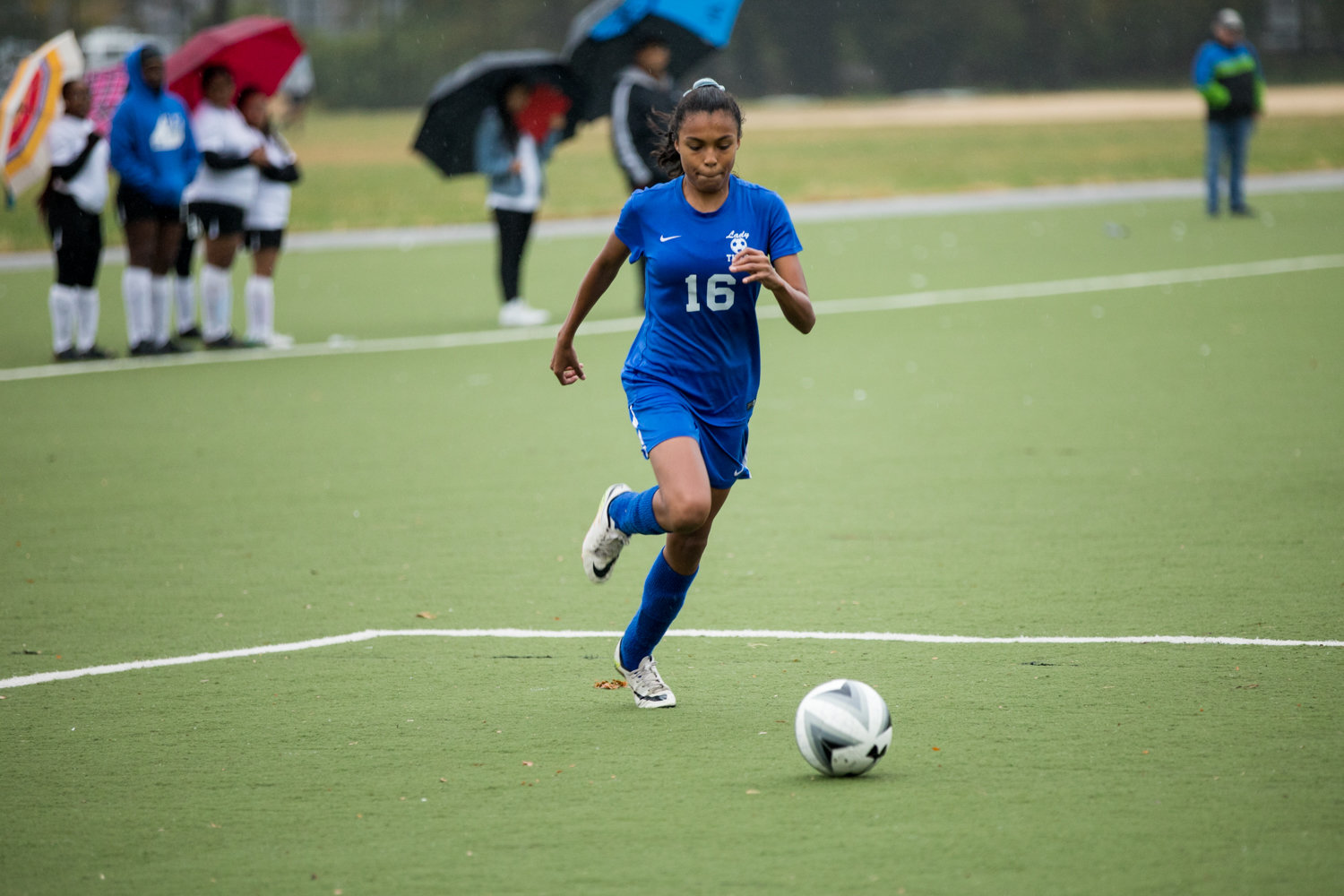 Angelis Hennessey will be one of the returning players that will look to build on RKA’s successes next season.
JULIUS CONSTANTINE MOTAL / File 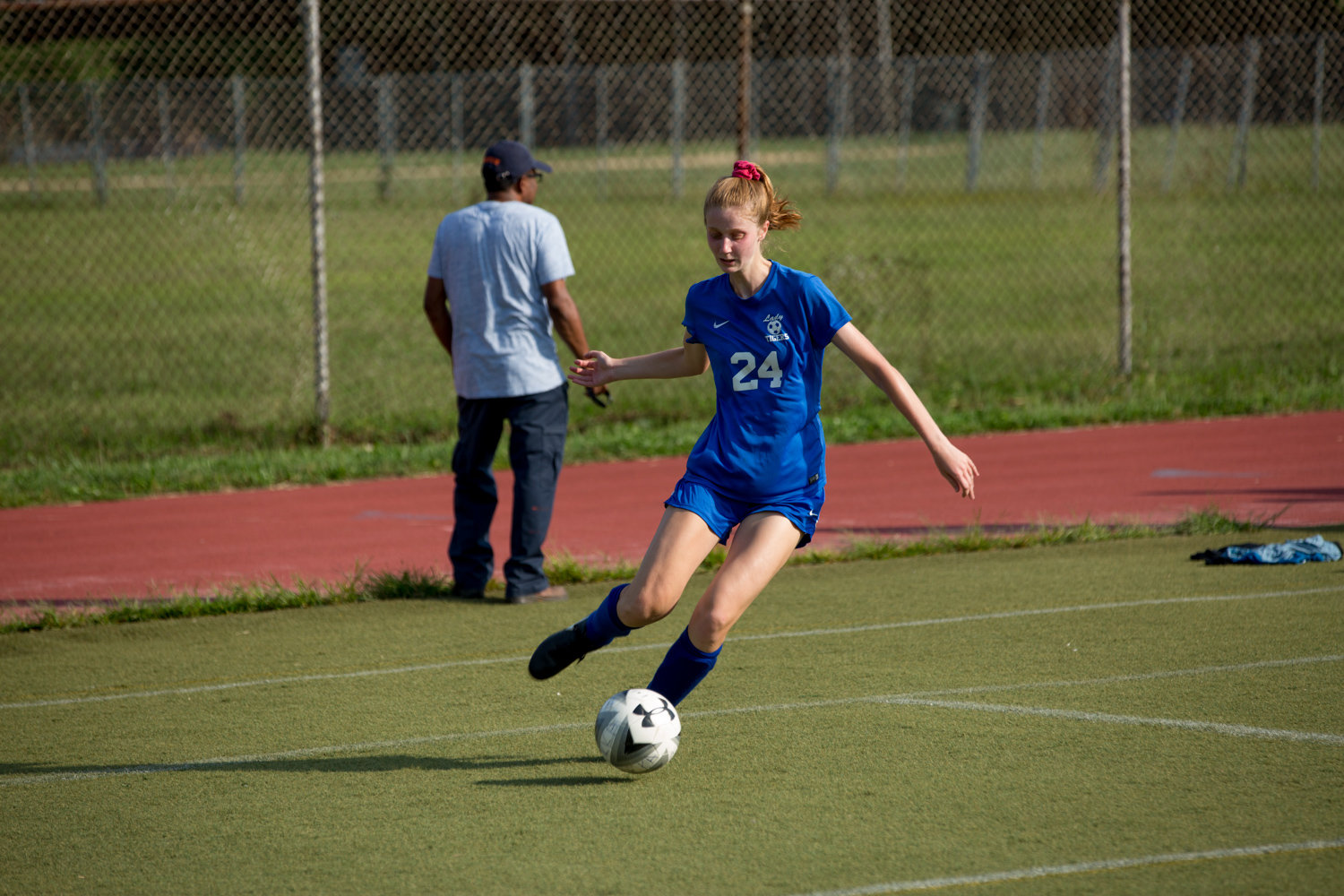 Lucy Mandel was one of the seniors that helped put the Riverdale/Kingsbridge Academy girls soccer team back among the PSAL’s elite programs.
JULIUS CONSTANTINE MOTAL / File
Previous Next
By SEAN BRENNAN

It had been nearly two full months since the Riverdale/Kingsbridge Academy girls soccer team had last tasted defeat. That setback came on Sept. 12 in a 4-3 loss to Truman.

But now here were the Lady Tigers, almost 50 days and 10 straight wins later, staring across the field at Flushing Meadow Park at Maspeth, the top seed in the Public School Athletic League’s B Division postseason tournament, and looking to extend their magical playoff ride.

It was a tall order for sure, especially since RKA has experienced postseason problems in recent years, having been bounced in the first round of the playoffs in each of the past two seasons. But fresh off a Bronx B North Division title and playoff wins over American Studies and Health Professions, here was an opportunity for the Lady Tigers to topple the playoff’s top dog and earn a spot in the semifinals.

And early on things looked promising for the Lady Tigers when senior Miranda Olivares scored to give RKA a 1-0 lead. It remained that way into the second half before Maspeth was able to knot the score at 1 and eventually force overtime. But after two 10-minute overtime periods failed to crown a winner, the match went to penalty kicks, where Maspeth ultimately survived and moved on while RKA’s brilliant season came to a heartbreaking end in a 2-1 loss.

“The girls played their hearts out,” RKA head coach Julienne Krause said. “They had an amazing game and they did everything I asked of them. Yes, I would have liked the outcome to have been different in the end, but I was very happy with how they played.”

The Lady Tigers’ two main objectives this season were to win their division title and make a strong run through the PSAL playoffs, Krause said. They were able to accomplish both of those goals, which made the narrow loss to Maspeth a little easier to accept.

“I was really happy with how far we made it,” Krause said. “I would have liked to have gone all the way, but reaching the quarterfinals is nothing to laugh at.”

The loss spelled the end of the line for a seven-member senior class that helped RKA once again become a title contender in the PSAL.

“They were all starters and they all made huge contributions,” Krause said. “Miranda, Lucy (Mandel) and Zeynep (Sonmez) have all been here since their freshman year, so it’s going to be really weird not having them here next year. But a bunch of them came in later on.”

Scarlet Irizarry and Faith Mulosmanaj joined the team last year, and this season was the first for Hana Mehmetaj. “But she was able to step right into a starting position,” Krause said, adding that Megan Bobko came out in her sophomore year and played well for RKA.

“So it was interesting that they weren’t all together for all four years,” the coach said, “but everyone did come in and make an impact when they joined the team.”

After the contest, Sonmez gave her final postgame speech as one of the team captains accentuating the positives of a very successful season.

“Zeynep did a really good job of pointing out to them that no one on this team had ever gone this far in the playoffs,” Krause said. “So she reminded them that while they were upset, it was a great accomplishment to get this far. And for the underclassmen, she told them that now you have some great experience and motivation for next year.”

As for Krause, her post-game summation was aimed at the season as a whole, not just the final game.

“I said there is nothing I can say that will make this OK right now,” Krause said. “But I told them they really had an amazing season, that they made it further than they were supposed to. I said making it to the quarterfinals as a ninth seed was a great accomplishment, and that this team we played was No. 1 for a reason.”

Yes, Maspeth was a heavy favorite. But RKA took the top seed all the way to the wire, coming up just short in the end.

“To make it as hard for them as we did for them to beat us, to bring it all the way to penalty kicks, to have it tied at the end of regulation and then go through two scoreless overtimes really was impressive,” Krause said. “I don’t think they got tested like that all season. We really did give them a run for their money.“