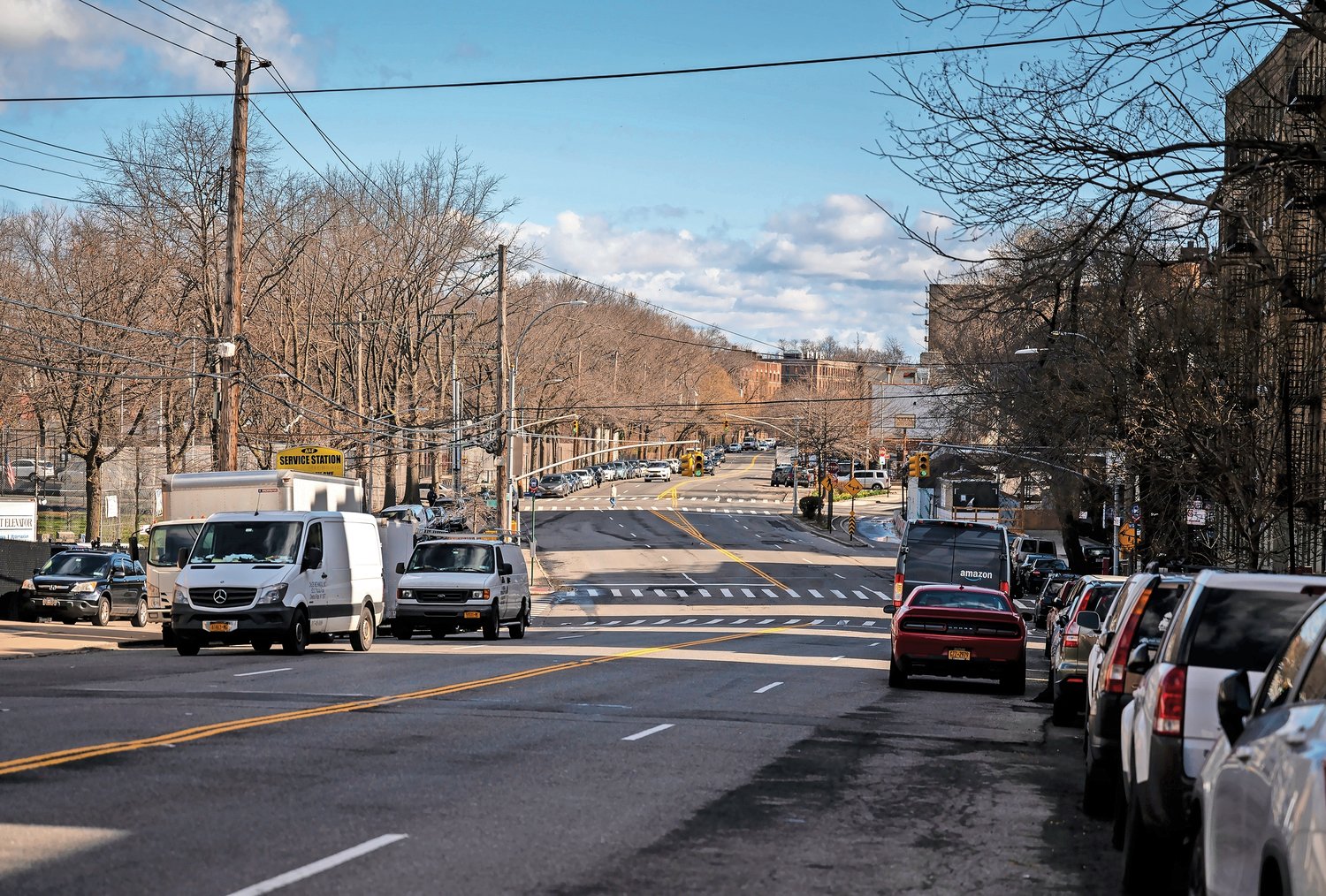 The start of the 3300 block of Bailey Ave on Monday, April 4, 2022.
Hiram Alejandro Durán
By SACHI McCLENDON

The King Store deli and smoke shop was robbed on March 21 around 10:30 p.m. A store employee reported that three men entered the store, located at 117 West Kingsbridge Road, that evening asking, “Where’s the money?” in Spanish. Two of the robbers showed they had guns.

The cops surveyed the area, and although they weren’t able to make any arrests, cameras inside the store captured the incident.

Officers from the 50th precinct observed a man on March 29 at 4:50 p.m. swinging a large knife at a pedestrian on the 3300 block of Bailey Avenue. The officers were able to arrest the man. No injuries were reported. He has been charged with criminal possession of a weapon in the third degree and menacing in the second degree.

A car owner returned to her 2021 BMW parked on the 3700 block of Fieldston Road on March 18 to discover someone had shattered the car’s back windshield by using a brick.

According to police, a person — sometime between 9 a.m. and 8 p.m. — snatched several items inside the car, including a $2,000 Louis Vuitton bag, two pairs of jeans, two pairs of sneakers, and two pairs of shirts. There were no cameras in the vicinity to capture the crime and no arrests have been made.