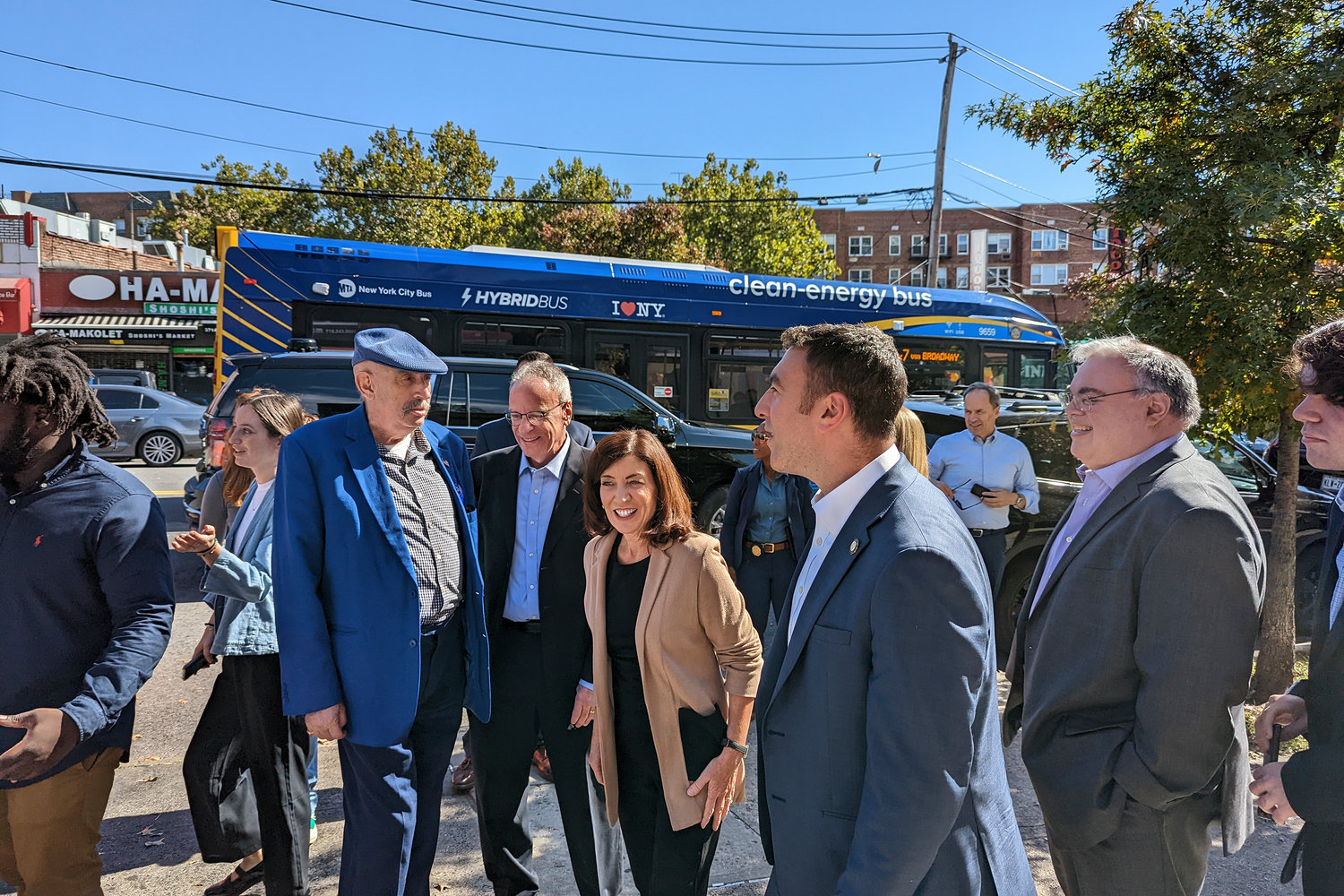 Gov. Kathy Hochul stopped by Riverdale on her Saturday tour of the Bronx. Hochul has a sizable lead over her Republican opponent, Republican Lee Zeldin, according to recent polling.
Courtesy of Virginia Kronpinger
By Sachi McClendon

Deb Travis was appointed to be new chair of the Parks and Recreation committee for Community Board 8.

The election to fill the vacancy occurred on Oct. 13 during a particularly disorderly full-board meeting that ran for almost four hours.

In fact at one point — well before many of the scheduled items on the agenda had been discussed — land use committee chair Charles Moerdler moved to bring the meeting to an end due to the indecorous way in which some of its members had comported themselves.

Much of the controversy surrounded whether the board had followed the proper procedure in the lead up to the parks-chair vote.

Many of the members appeared unaware that there was a vacancy — much less an election — in the first place, as there was no mention of it in the public agenda.

CB8 chair Laura Spalter said that it was an unfortunate oversight, and many other members chimed in either to express confusion or to cite various parliamentary procedures. In the end Travis was the only person nominated for the position and she gladly accepted.

Gov. Kathy Hochul came to Riverdale Saturday to speak to voters and visit small businesses as part of her campaign to hold onto to her gubernatorial seat.

“In coordination with Jeffrey Dinowitz and Eric Dinowitz, Gov. Kathy Hochul visited the Bronx Saturday and made a number of stops in Riverdale to meet voters. Ben Franklin Club members met and showed support for the governor’s re-election,” said Ben Franklin Club president Virginia Krompinger in a statement to The Riverdale Press.

“It was a very successful event on a beautiful fall day.”

She took home a sweeping victory in the Democratic primary, drawing 67 percent of the votes.

Hochul is facing off against Republican Lee Zeldin in the general election, which is scheduled for Nov. 8.

Zeldin has been his party’s standard-bearer since he announced his candidacy in April  last year, after overcoming a number of primary challengers.

In an effort to reclaim the city streets from the growing number of rats, Mayor Eric Adams announced Monday that the city will delay when trash can be placed curbside from 4 p.m. to 8 p.m.

Putting the trash bags on the sidewalk later in the day will give the rodents less time to feast before the sanitation truck rolls through, so the thinking goes.

“Everyone that knows me knows one thing: I hate rats,” Adams said at a press conference announcing the policy shift.

Even though Adams mainly ran on a platform of reducing crime, he also mentioned the need to clean up the streets on the campaign trail. 311 reports indicate that both calls regarding trash and rats are on the rise recently.

“The biggest swing you can take at cleaning up our streets is to shut down the all-night, all-you-can-eat rat buffet,” said Sanitation commissioner Jessica Tisch at the same press conference.

As things stand now, the new policy will go into effect in April of next year.

There is a public hearing on the matter scheduled for November.