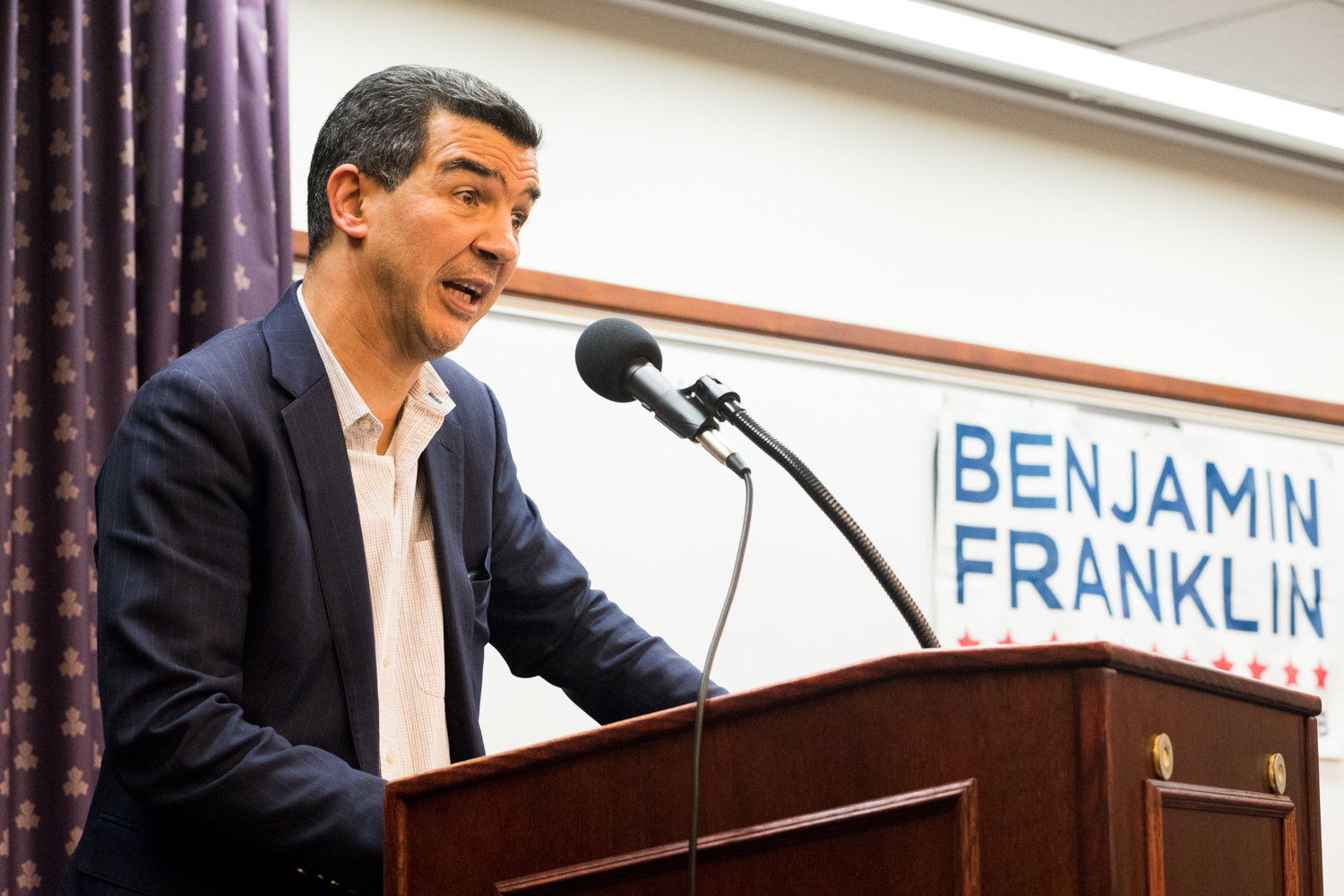 Councilman Ydanis Rodriguez has called on Mayor Bill de Blasio to end the citywide curfew, especially when it comes to 'essential' workers getting rides after 8 p.m.
JULIUS CONSTANTINE MOTAL / File
By MICHAEL HINMAN

It's storming through much of New York City, which likely will keep many protesters — and looters — home. Yet, the curfew continues, set to begin at 8 p.m. But one councilman says enough is enough.

Councilman Ydanis Rodriguez is blasting the curfew imposed by Mayor Bill de Blasio as "just another tool to increment civilian arrests and quell peaceful protests." He's called on the mayor to end the curfew — expected to continue until Sunday — immediately.

"We are all witnessing how NYPD officers are assaulting and arresting individuals exercising their constitutional right to peacefully assembly and protest," Rodriguez said, in a release. "Officers are confiscating bicycles and arresting New Yorkers, often just trying to get home or perform essential duties."

Police made a number of arrests in different parts of the city Thursday night, but some observers claim New York Police Department officers used a technique known as "kettling," where a group of people are completely surrounded, not allowed to leave. Reporters with The New York Times said they observed this with peaceful protesters in Brooklyn's Cadman Plaza, and a reporter with The Riverdale Press saw this in Mott Haven.

The technique has drawn considerable criticism against de Blasio and NYPD commissioner Dermot Shea, claiming police are targeting peaceful demonstrations, and turning them into scenes of violence.

But there's another major issue with the curfew that's being overlooked, Rodriguez added. de Blasio has demanded ride-hailing services like Uber and Lyft shut down from 8 p.m. to after midnight, while allowing medallion-possessing cabs to continue operating. Considering the limited cab service available in the outer boroughs, it's become far more difficult for "essential" workers to get around.

"Thousands of essential workers are facing great hardships getting home between those hours," Rodriguez said. "I'd like to ask the mayor, 'How are New Yorkers supposed to get home at night?'"

The councilman, who represents parts of northwestern  Manhattan — including Marble Hill — says the curfew has been used as an excuse to arrest people who otherwise have been peaceful.

In the meantime, Manhattan district attorney Cy Vance Jr., sad Friday he would not prosecute anyone charged with unlawful assembly or disorderly conduct relative to the demonstrations. He's the first of the city's five DAs to make such a declaration.

Prior to that, Manhattan prosecutors offered those charged with low-level, protest-related crimes with "adjournment in contemplation of dismissal," meaning their cases would be dismissed within six months, according to Vance's office.

Vance won't limit refusal to prosecute on just those two charges, either. The DA added he'll evaluate and decline to prosecute other protest-related charges "where appropriate."

"The prosecution of protesters charged with these low-level offenses undermines critical bonds between law enforcement and the communities we serve," Vance said, in a statement. "Our office has a moral imperative to enact public policies which assure all New Yorkers that, in our justice system and our society, black lives matter, and police violence is a crime."

Protests stemmed from the May 25 police-involved killing of George Floyd in Minneapolis.

Gov. Andrew Cuomo, who initially joined de Blasio in announcing the original curfew earlier this week, said the mayor extended the curfew on his own, and that instituting curfews was a "local decision." Still, Cuomo says he supports decisions by mayors to institute curfews.

"Other cities have already ended their misguided attempts at imposing curfews after seeing they have only served to worsen social unrest," Rodriguez said. "End the curfew now."