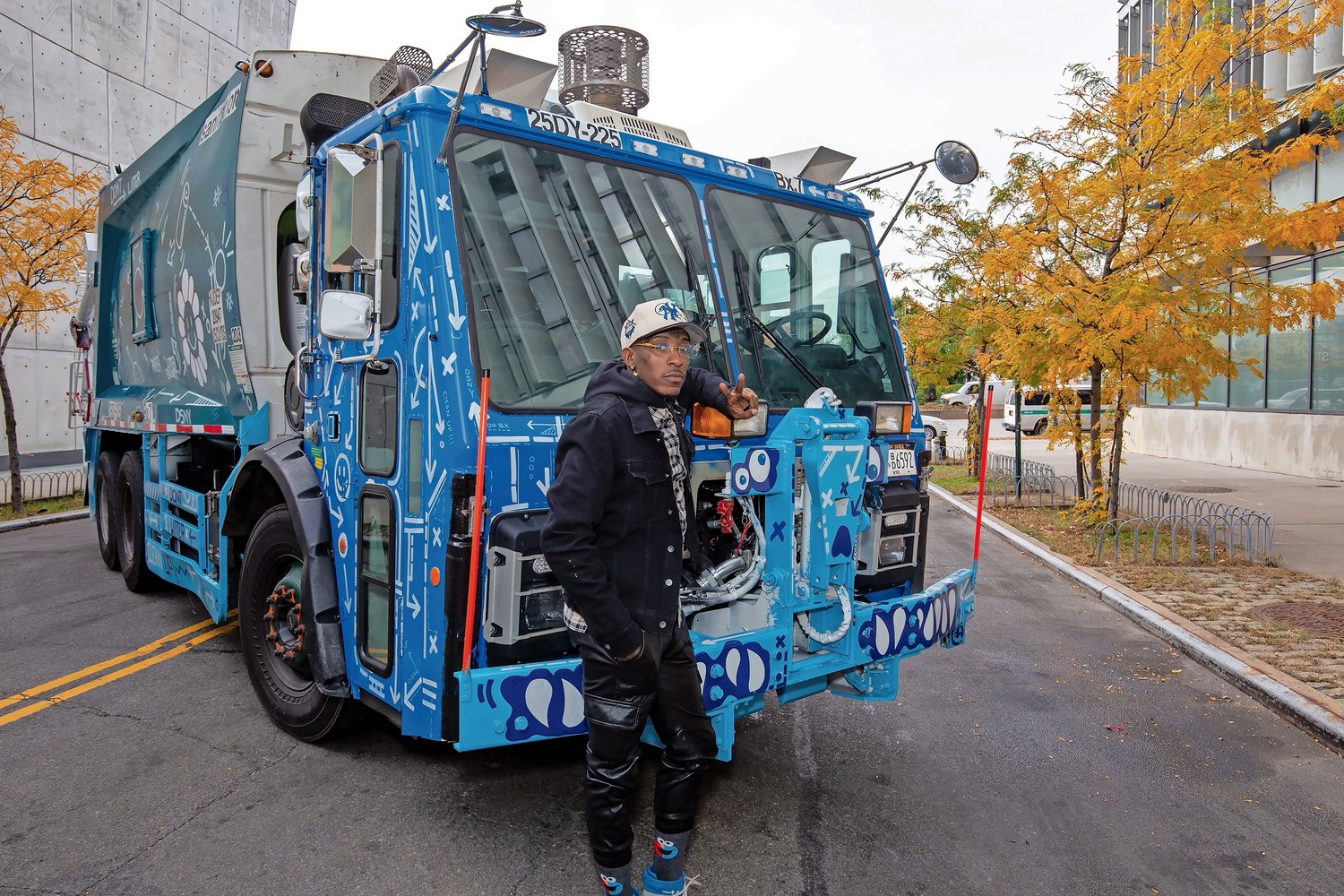 Through a truck art series, the sanitation department aimed to lighten up the streets on its routes through the five boroughs. Donnell “Jigga” McFadden was responsible for painting his home-based Bronx truck.
Courtesy of New York City sanitation department
By Stacy Driks

A Bronx-based artist typically uses shoes as his canvas of choice, but this time he used nearly 400 square feet of a garbage truck.

Donnell “Jigga” McFadden and four others in the outer boroughs worked effortlessly over a nine-day period at the city’s Department of Sanitation’s Central Repair Shop in Queens to paint a sanitation truck.

The agency said artists like McFadden were chosen from among more than 240 submissions as far away as Israel and Sweden.

“Our collection trucks are a part of New York City’s urban landscape, and these talented artists have transformed them into roving works of art that will inspire New Yorkers on a daily basis,” said Jessica Tisch, department of sanitation commissioner.

“The blueprint is like a preparation for success,” McFadden said.

“I strive to give my community the recognition it deserves through a representation that best expresses hope showing the world that anything is possible if you just believe.”

Each of the five trucks will be sent to a different borough, where it will immediately begin its route.