Santa’s workshop is in Kingsbridge 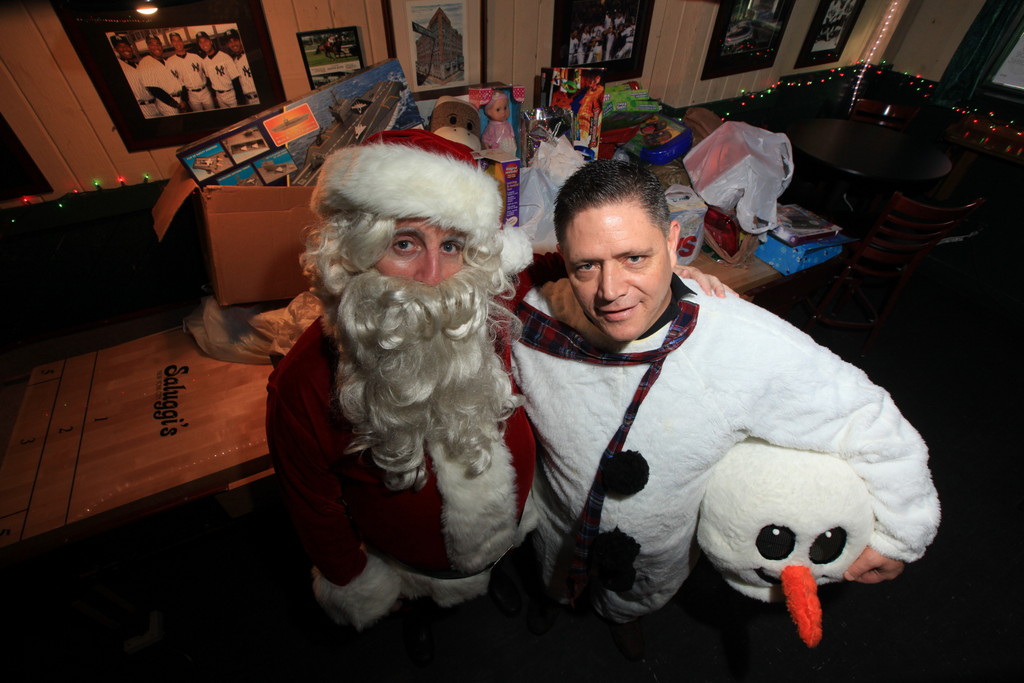 What if Santa’s workshop were really in the Bronx and his elves were patrons, filled with holiday spirit, at a local pub?

Every year for the last 23, Riverdale resident Terence Mulvey, 52, has been running a Toys for Children Benefit with the help of Richard Walsh, 49, a former Kingsbridge and current Yonkers resident.

They stage annual fund raisers and buy gifts for hospitalized children. Then, they suit up — one as Santa and the other as Frosty the Snowman — to deliver the presents.

Years ago, Mr. Mulvey began collecting toys primarily from his colleagues in the NYPD. He was a narcotics detective and when he was transferred out of the squad he branched out to find new contributors.

His fund raisers fit right in at Pauline’s bar on Broadway, popular with the police at the nearby 50th Precinct stationhouse, where they were held for two decades. Pauline’s was well known for the charitable and community events it sponsored.

A lot has changed since Santa took on the kids at the NewYork-Presbyterian Morgan Stanley Children’s Hospital’s Child Life Program.

Mr. Mulvey has retired from the NYPD and works as a fifth grade teacher in Washington Heights and Pauline’s has closed. He has moved the event to Mr. McGoo’s pub, another watering hole on Broadway, and he spreads the word through e-mail and social networking. But many of the same faces show up every year.

“It’s the people from Kingsbridge, Riverdale, Inwood. They’ve been supporting this for 20 years,” Mr. Mulvey said.

And though the children’s faces may change, the gift of giving does not.

Mr. Walsh recalls the first time he was called to duty.

“He had this thing. I didn’t want to get into it. It had a tail,” he said, describing the reindeer costume he first wore. A third man now plays Rudolph.

He not only wore it, he kept coming back. The second year, he visited the ICU with Santa.

He remembers a little boy around 2 or 3 in a crib, whom the doctor on duty suggested wasn’t even worth approaching because the child was non-respondent.

“All of a sudden the kid was trying to get up,” Mr. Walsh said.