SAR, Lehman College give edible thanks 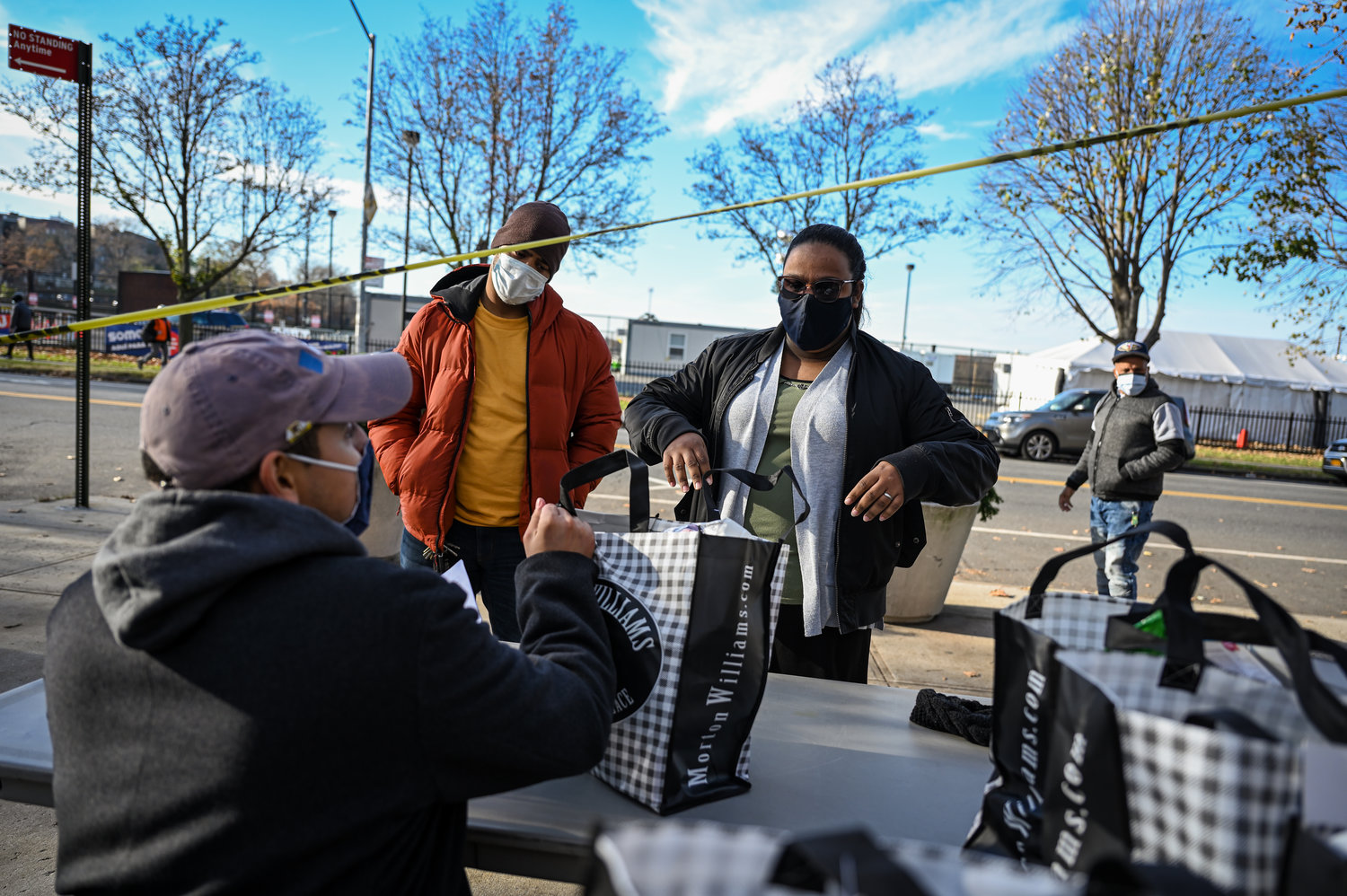 A Lehman College student picks up a bag from a food pantry at the edge of campus.
Hiram Alejandro Durán 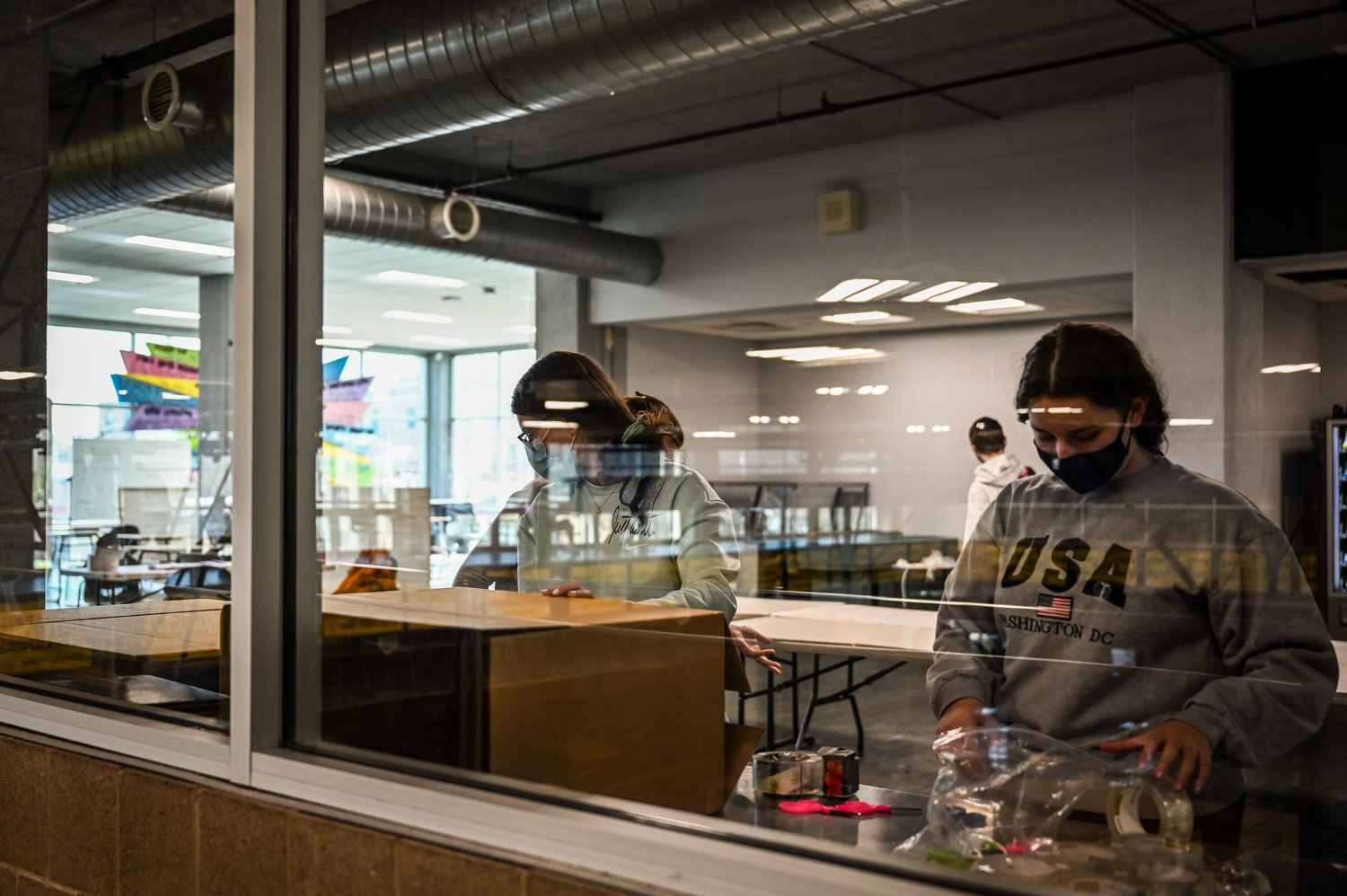 Students at SAR Academy make boxes to fill with food from a recent shipment they received.
Hiram Alejandro Durán 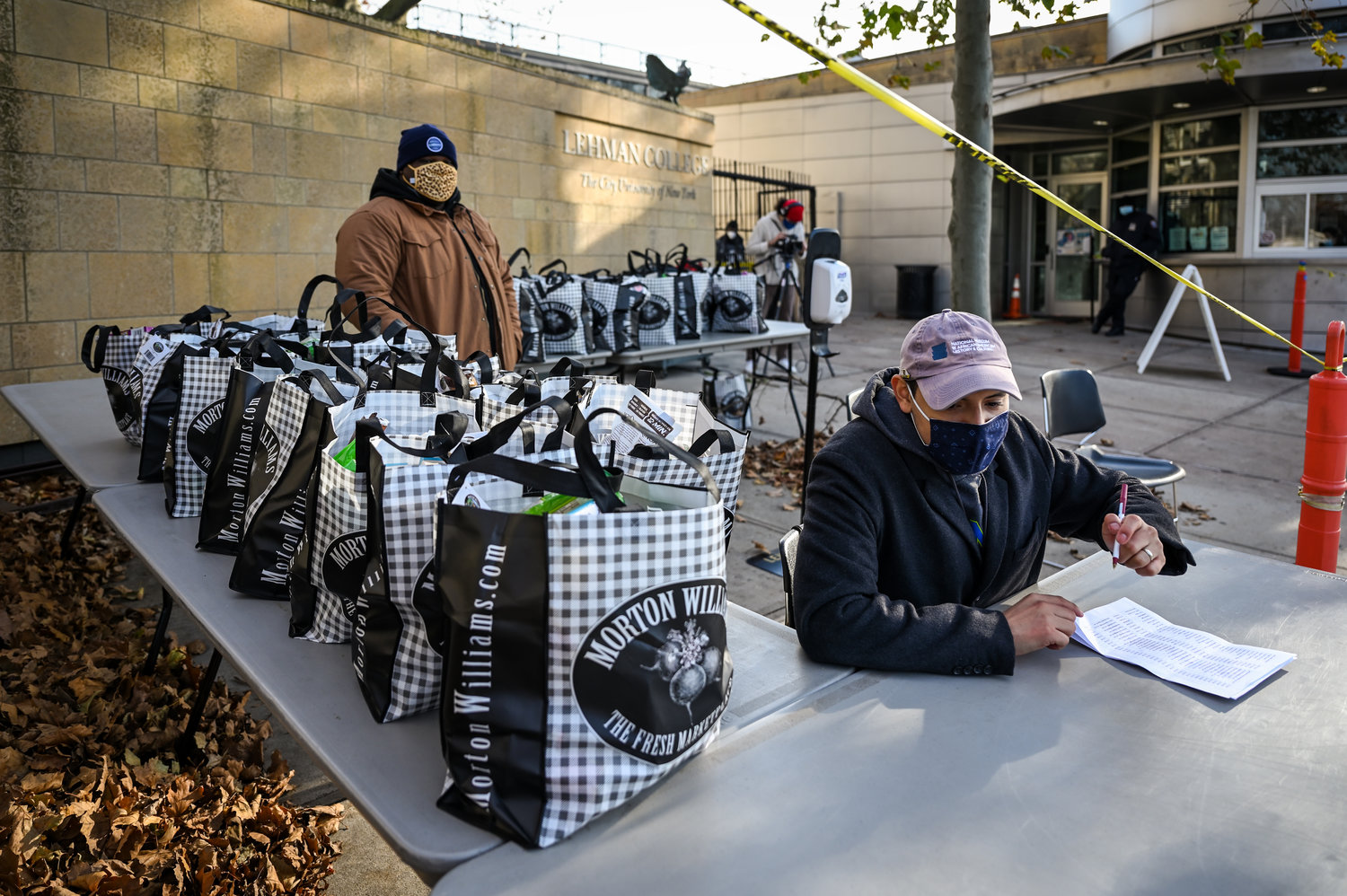 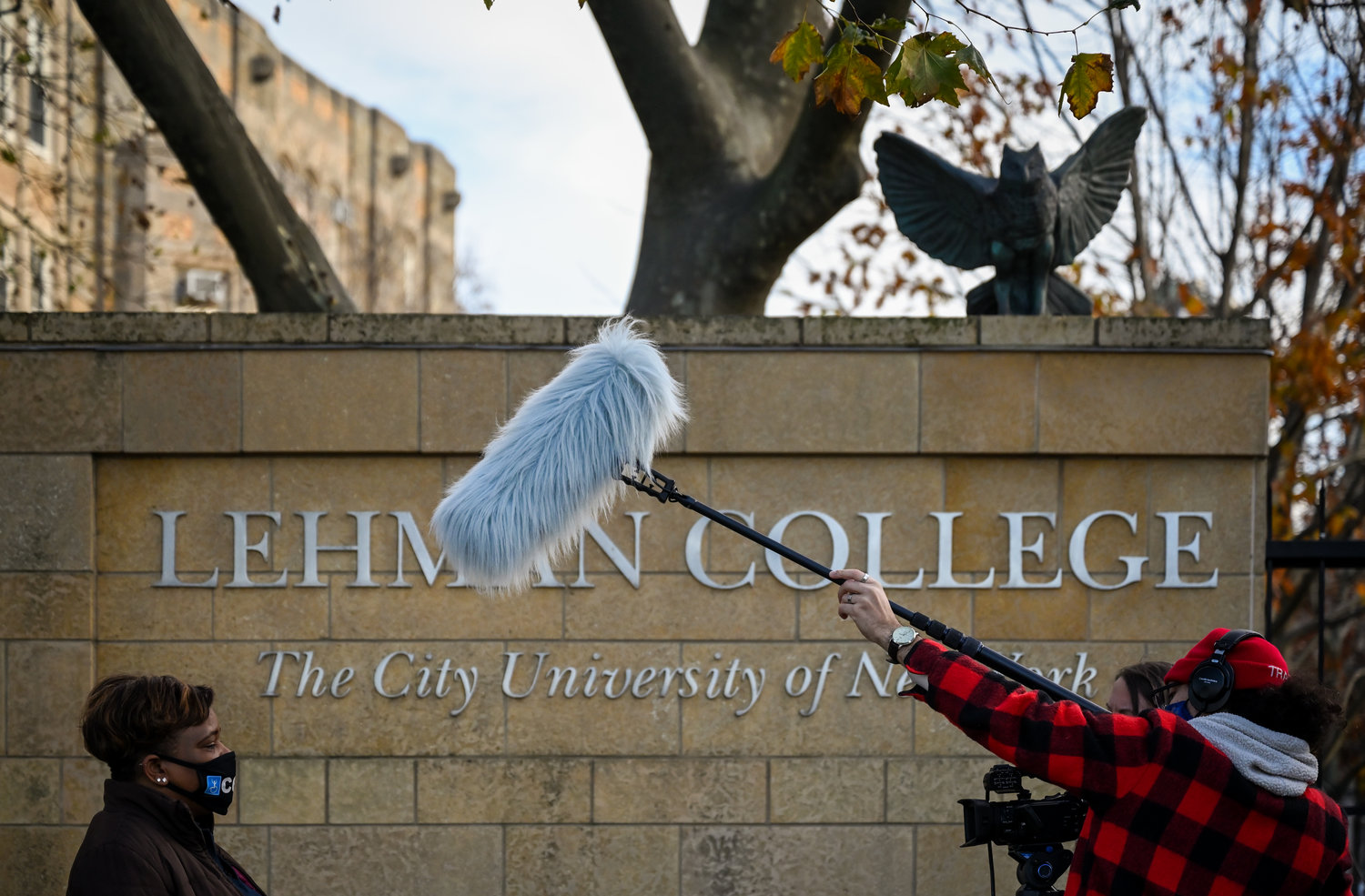 A food pantry volunteer being interviewed by a school based news outlet.
Hiram Alejandro Durán 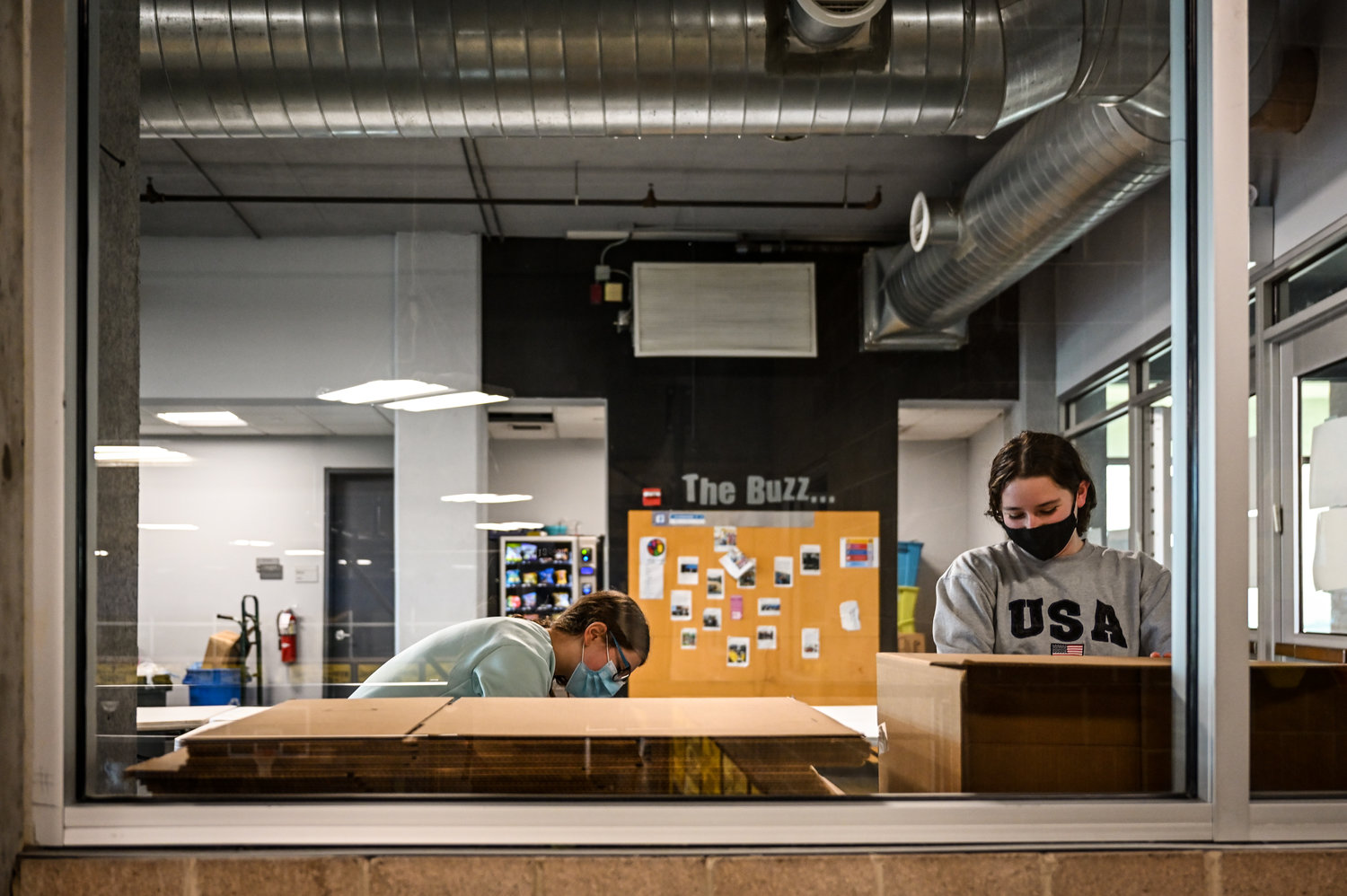 Students at SAR Academy make boxes to fill with food from a recent shipment they received..
Hiram Alejandro Durán 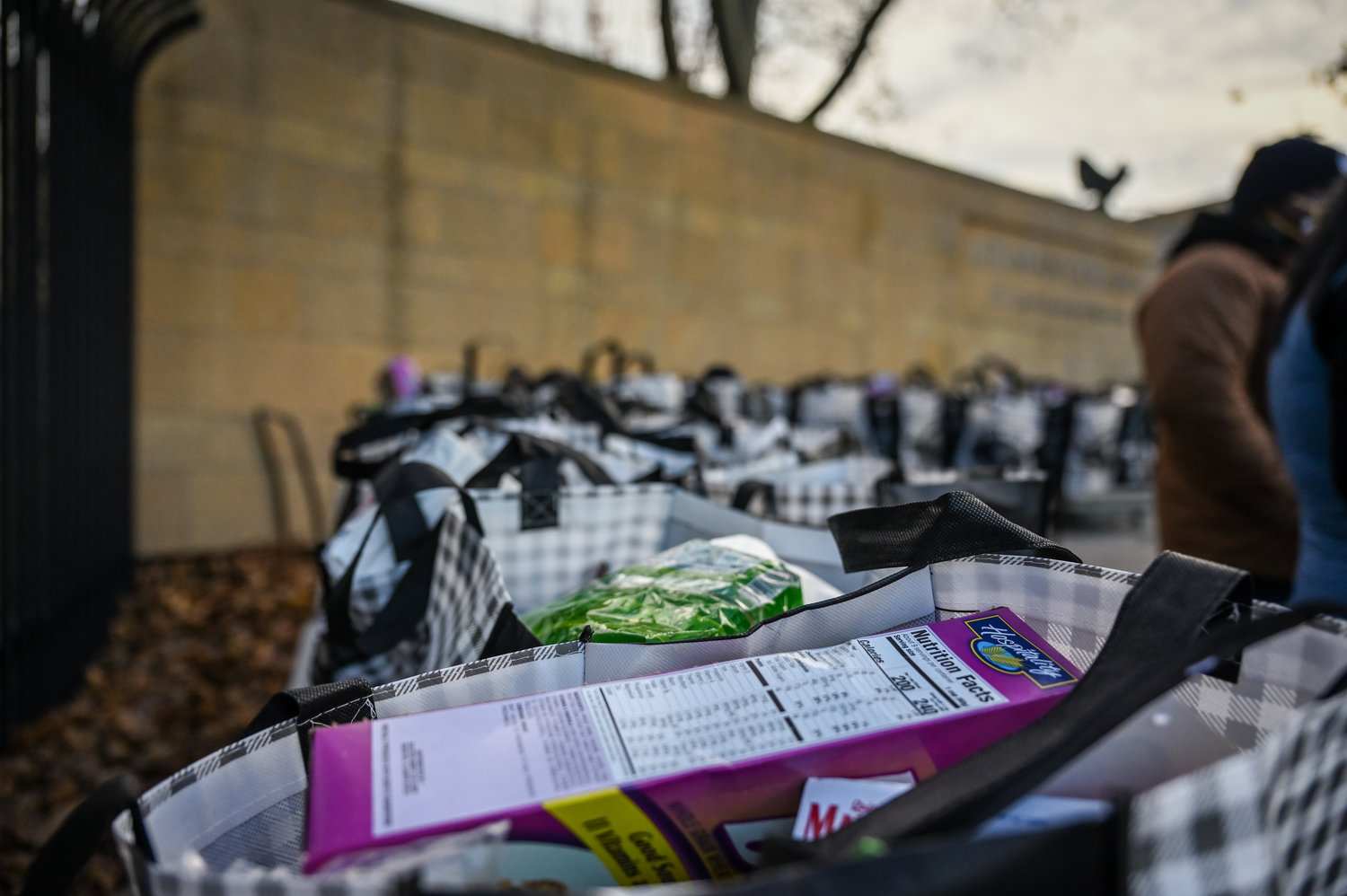 Food inside the bags being distributed to students at Lehman College’s food pantry.
Hiram Alejandro Durán
Previous Next
By ROSE BRENNAN

Thanksgiving probably looked very different for many American families this year, especially since the Centers for Disease Control and Prevention advised against both traveling and gathering with family members outside of one’s household this holiday season.

But for two local educational institutions, just because the holiday meal might have looked different didn’t mean seasonal food drives and charity events had to go out the window too.

SAR High School opened a fully kosher food pantry at its West 259th Street campus Nov. 19. Originally, it provided produce, eggs and chicken to those in need.  But the high school partnered with the Metropolitan Council on Jewish Poverty and the Kingsbridge Center of Israel Food Pantry to expand the offerings of the pantry, which operates out of the school’s kitchen.

“SAR High School’s partnership with Met Council and KCI demonstrates to our students that chesed (community service) is critical to our identity as members of the Jewish people, and that it forms the foundation of our school,” said Rabbi Jonathan Kroll, SAR High School’s principal, in a release. “I’m really excited about the opportunity this venture provides for our students to be actively involved in serving the community, and it’s a great way for the pantry to reach more volunteers.”

In addition to the pantry’s opening, the school hosted several activities to draw awareness to hunger in the community, including a spice and food drive competition, holiday card-making and stocking the shelves of the new pantry. The school also announced the winner of the art department’s competition to find a new logo for the pantry: Deva Laifer.

Ora Meier directs SAR High School’s community service programs. Due to the coronavirus pandemic, the students aren’t really able to have hands-on service opportunities, relying on virtual outreach instead. This meant opening the food pantry was a welcome taste of normal for many of them, and it was an opportunity to think about people in their community who were facing hunger.

“So many kids … were so excited to be able to have this hands-on connection,” Meier said. “When they sit down and have their Thanksgiving dinner, they’re going to think about the boxes of stuffing and the canned food and the frozen turkeys that they helped unpack, so that people could make their own turkeys using their own family recipes.”

Meanwhile, down the hill, Lehman College hosted a Thanksgiving-themed charity event of its own. The college distributed bags of produce on behalf of the Montefiore Health System, and were given to local elected officials — including state Sen. Alessandra Biaggi and U.S. Rep. Adriano Espaillat — as well as Bronx community organizations like Manna of Life Ministries and Youth Ministries for Peace and Justice.

But one notable recipient of the food distribution was the college’s own Herbert H. Lehman Food Bank. According to college media relations director Colleen Lutholf, the produce from Montefiore would pair with non-perishables from the Food Bank of New York and a $15 gift card for a turkey or ham, so Lehman College students who use the food bank could have a Thanksgiving meal for their families.

And those items might be going to more members of the Lehman College community than some might think. Lutholf estimates about half of the college’s students experience hunger in some way, and that need has only grown during the pandemic.

According to a survey conducted by Lehman’s food bank in March, 86 percent of students who use the college’s food bank worry about running out of money to buy food, while 44 percent of them have skipped a meal because they couldn’t afford it.