SAR still in middle of fight to expand the CVA 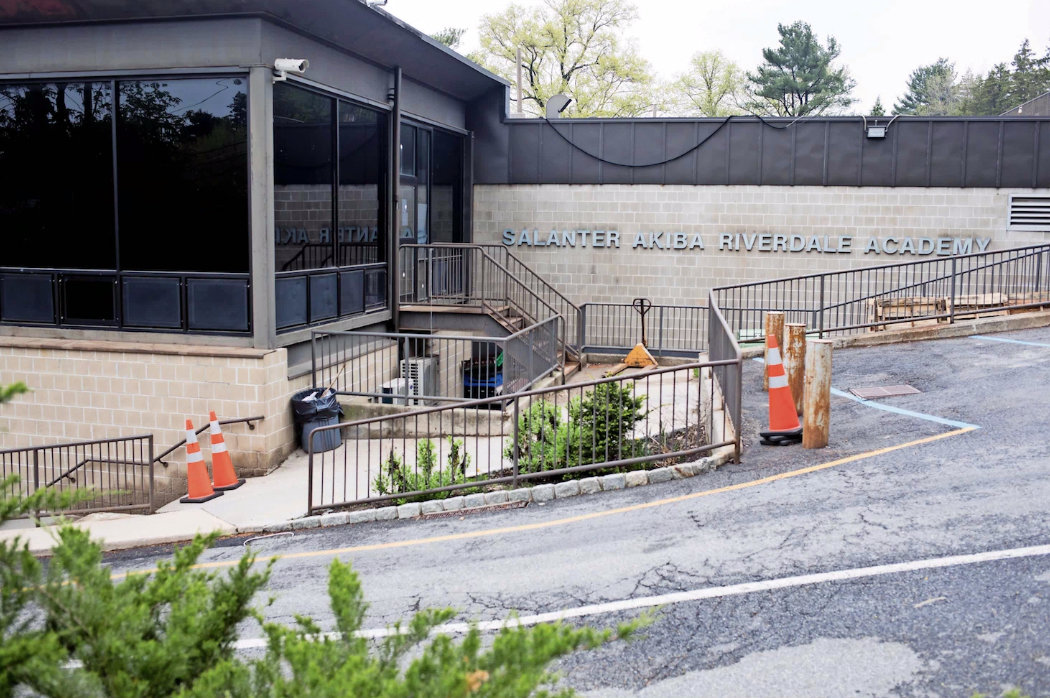 Since the passage of the Child Victims Act, several former students have filed civil suits against SAR Academy related to allegations of abuse by Stanley Rosenfeld, who was dismissed from the school in the 1970s, but rehired for a short time in the 1980s.
JULIUS CONSTANTINE MOTAL / File 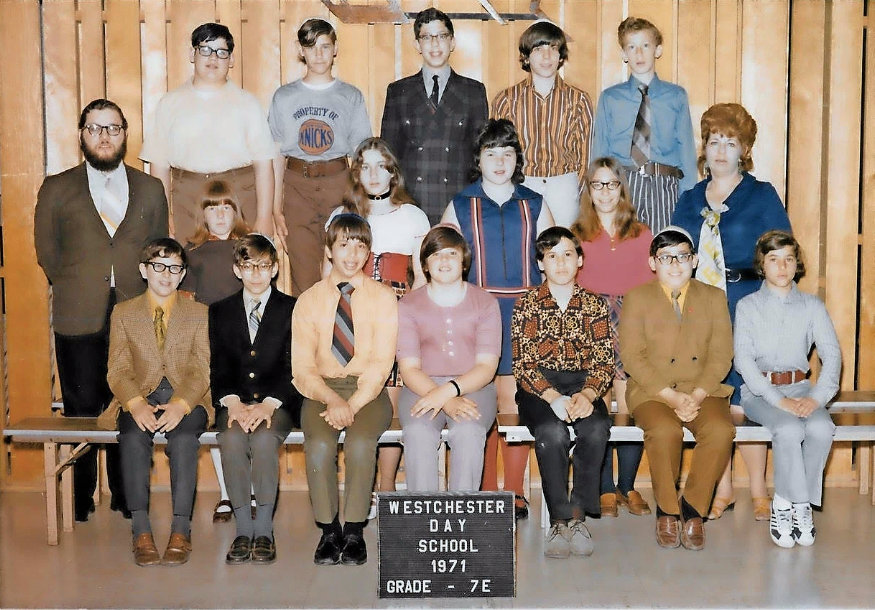 A 1971 photograph shows the seventh grade class at Westchester Day School where Michael Rabin, second from right in the top row, was a student. Rabin sought help from teachers and administrators with claims he was molested by Stanley Rosenfeld — a teacher at the school who also later taught at Salanter Akiba Riverdale Academy. Rosenfeld, who later pleaded no contest to two counts of second-degree child molestation, is the reason why several students are now suing SAR Academy.
File photo courtesy of Michael Rabin 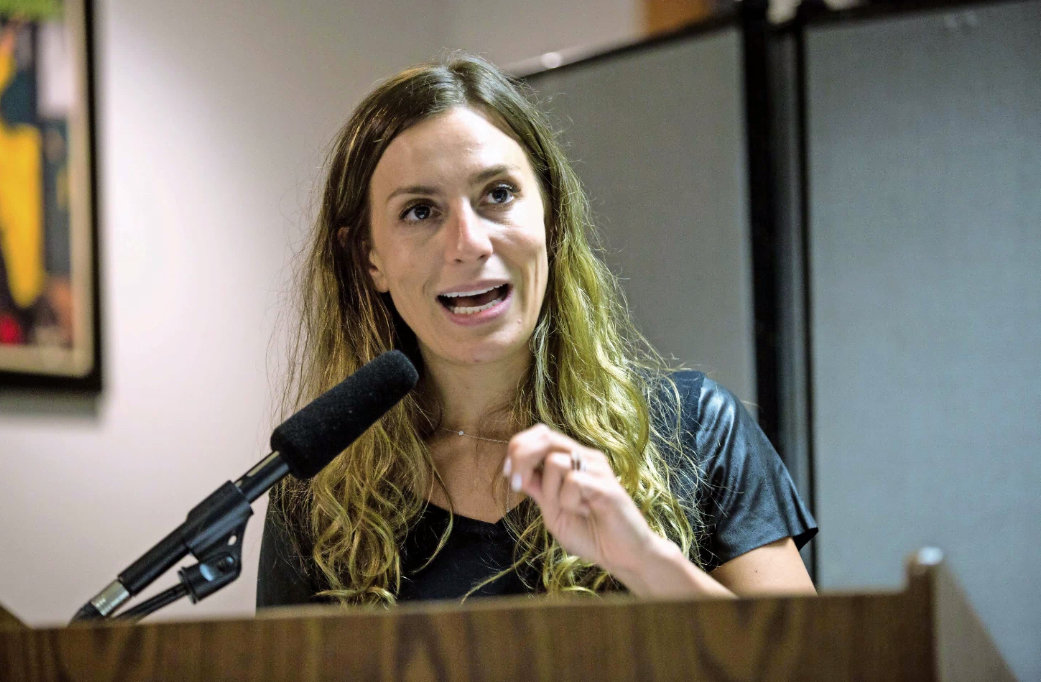 One of state Sen. Alessandra Biaggi’s landmark legislative victories was the Child Victims Act, which extended the state’s statute of limitations, providing a grace period for victims to file lawsuits regardless of their age, or when the alleged abuse occurred.
JULIUS CONSTANTINE MOTAL / File
Previous Next
By KIRSTYN BRENDLEN

Late last summer, thousands of people across New York state were granted something they thought would never be offered: A chance for justice.

The Child Victims Act aimed at expanding the number of child sexual assault victims who could seek legal redress against their abusers, whether the source of that abuse came from people or institutions. It did so by not only moving the age cap on victims from 24 to 55, but it also provided a one-year “lookback” period, where victims of any age could file suit against institutions or individuals who they say committed or facilitated sexual abuse against them, no matter how long ago the abuse took place.

The lookback window opened Aug. 14, and was originally set to expire next month. However, because of the coronavirus pandemic, Gov. Andrew Cuomo extended that window in May.

“Because of the reduction in court services, we want to extend that window, and we will extend it an additional five months, until Jan. 14,” Cuomo said at the time. “Because people need access to the courts to make their claim, because justice too long delayed is justice denied.”

For some — especially here, closer to home — that justice already had been long deferred.

In late 2017, former students emailed allegations about Stanley Rosenfeld, a former teacher and assistant principal at Salanter Akiba Riverdale Academy, to Rabbi Binyamin Krauss, according to a report published by the school. Those allegations prompted the school to hire an outside investigative company to interview nearly 40 witnesses and alleged victims.

Those investigators concluded Rosenfeld may have sexually abused as many as 12 students during the time he worked at the school between 1974 and 1977, and again for a short time a decade later.

One of those students, who asked to remain anonymous, said in an email to The Riverdale Press she felt empowered to file suit herself against SAR after reading a story published last fall about former students — reportedly frustrated by SAR’s response to the allegations — who already filed claims. She said SAR Academy reached out to her and other victims in January 2018, but that was it.

“I came forward to heal and with the promises of help from SAR,” she told The Press through her attorney, Sarah Cantos. “But to date, I have not been helped. The information that another student was sexually abused was shocking — I thought it was just me he had abused for all those years. To know that I can stand with other survivors helps me in my quest for justice.”

When reached for comment, SAR Academy referred to a statement it used in October 2018, acknowledging it believed Rosenfeld abused students both in school and in his home. It also confirmed that Rabbi Sheldon Schwartz — who worked at SAR until January 2018 — had not only been aware of the abuse, but sometimes facilitated it, claiming he also acted “inappropriately” with students.

Cantos’ client said she told Schwartz about Rosenfeld’s behavior and he had failed to act. Because of that, Cantos — from Merson Law in Manhattan — filed suit against the school. While the pair expected to hear back from SAR sometime in July, the pandemic continues to wreak havoc on civil court dockets, she said.

Sexual assault is one of the Merson Law’s primary areas of expertise, according to its website. In fact, firm founder Jordan Merson is a member of a steering committee assembled by Judge George Silver, who was overseeing all pre-trial CVA cases in the city.

While Cuomo already extended the window for victims to file claims until January, state lawmakers — including one of the CVA’s primary proponents, state Sen. Alessandra Biaggi, as well as colleague Brad Hoylman — have pushed for an extension into late 2021.

“From my office, we have heard from at least one survivor who was in the process of filing a claim when the pandemic began,” Biaggi said, “And then was really worried that they would not be able to complete the process before the window was closed.”

Ideally, Biaggi said, by Hoylman’s extension bill will have passed before the governor’s own extension expires, giving victims more time to take their alleged abusers to court.

Once that lookback window ends, victims won’t have an avenue to pursue legal action against their alleged abusers outside of the new statute of limitations, Cantos and Merson said, no matter when it happened. It’s often difficult for victims to come to terms with what happened to them and find the strength to come forward, even years later, Merson added. Some who filed cases weren’t ready to do so, but knew they wouldn’t have an opportunity later.

“The hardest thing I’ve ever had to do is when you hear on the phone that someone was horribly sexually abused as a child, and they’re just feeling comfortable coming forward now, and I tell them there really isn’t an avenue for them to do so,” Merson said.

Cantor’s client filed her suit last October for unspecified damages, and the firm is expecting to get a response from SAR later this month. Ideally, the case will be settled out of court — but the team is prepared to put up a fight.

“I think justice would look like SAR accepting responsibility and providing some kind of accountability and acknowledgement,” Merson said. “And if SAR is unwilling to do that, then we are prepared to take this case all the way to trial, and we will obtain that for our client if they won’t acknowledge it on their own.”