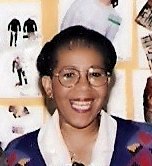 Kathleen A. (Conton) Benjamin, mother of former Bronx Assemblyman Michael Benjamin, passed away at Calvary Hospital on Oct. 28, 2021. She was 86, and a native of Christiansted, St. Croix, U.S. Virgin Islands.

She came to the Bronx in 1956, marrying Ray O. Benjamin in October 1957, who preceded her in death. She resided at Tracy Towers in Norwood.

After three children and 10 years as a “stay-at-home” mother, she became a para-professional at the school her boys attended, P.S. 130X on Prospect Avenue in the South Bronx. She went on to earn her bachelor’s degree in education from Lehman College in 1979, and earned her master’s in elementary education from City University.

She is survived by sons Michael, Lawrence and Vernon; cherished great-nephew — who is a fourth son — Kenon Tutein; niece Denese Clay and friend Karen Mitchell, both of whom became the daughters she never had. She’s also survived by daughter-in-law Susie Wong-Benjamin, son-in-law Stanley H. Willauer Jr., and grandsons Maxwell and Xavier, along with sisters Joyce Tutein, Lucida Robles and Inez Thomas, as well as brothers Alfred Conton Jr., and Vernon Conton, as well as a host of loving nieces, nephews, friends and former students.

Donations in Kathleen Benjamin’s memory may be made to the Dementia Society of America, P.O. Box 600, Doylestown, PA, 18901.